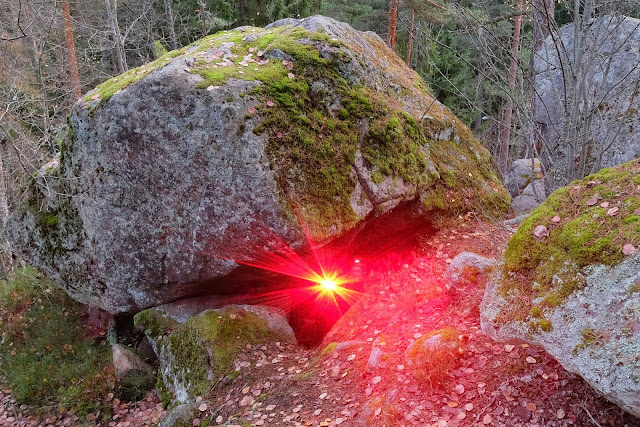 It is the usual story, a "Suomen Luolat" book tells that there's a cave at certain coordinates. But when we show up, our GPS and the coordinates don't quite match. And there are caves around, possibly several, although we're not quite sure which ones the book referred to.

So we kept walking around, and documenting what we found. Five small caves. A roof cave at the bottom of the cliff, which may have been what the book referred to. The location description matches, at the bottom, and a few meters across roof cave. Then there was a boulder cave under a couple of boulders on top of the cliff. And three more smaller ones.

The boulder cave was the most interesting! Over 7 meters long, and quite cave like. Although in my haste to find the "real cave" I didn't actually go through the first part of the cave. Oh well. Have to return some day.

We also drew a map: 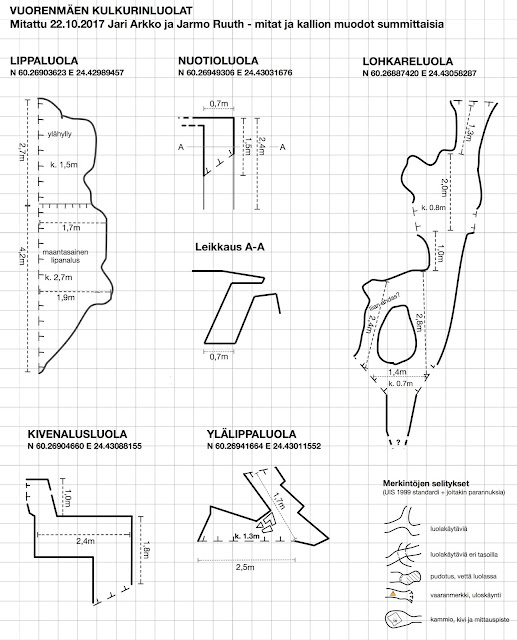 There are also high-res versions in JPG, PDF, or Apple Graphic.

Coordinates for the different cave parts:
Photos from the roof cave: 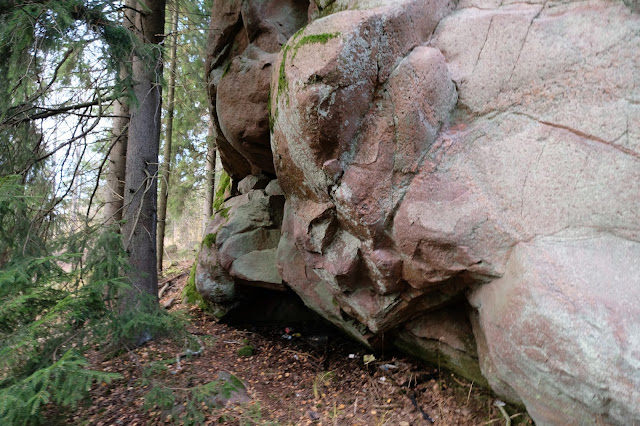 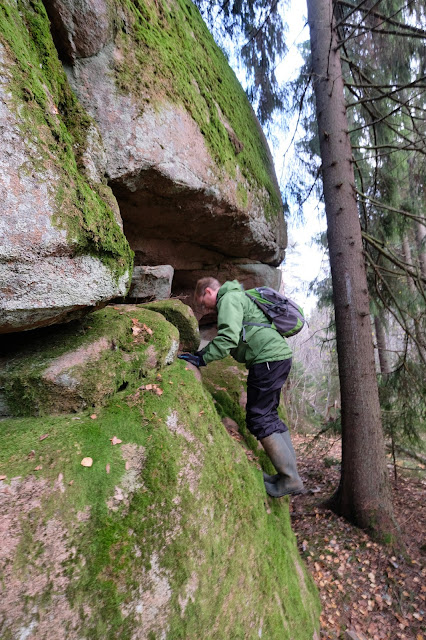 Photos from the boulder cave: 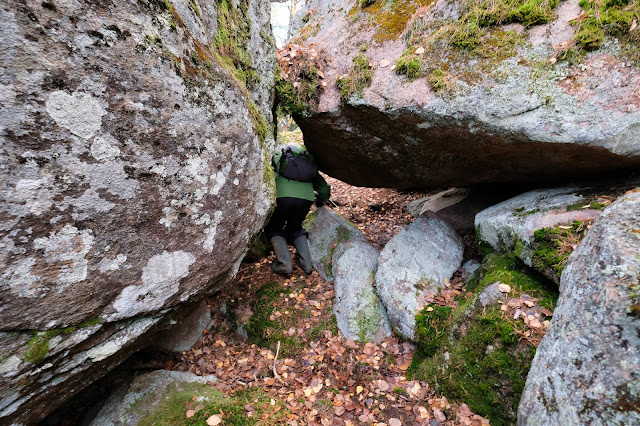 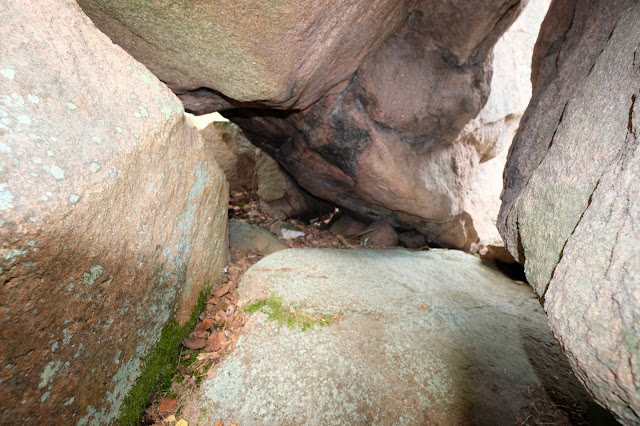 Photos from the under-the-boulder cave: 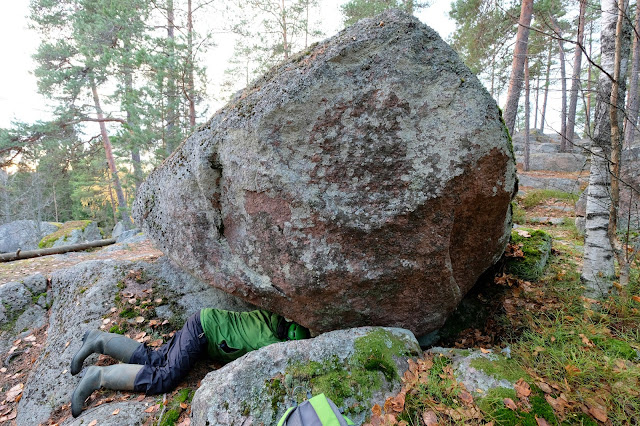 Photos from the fireplace cave: 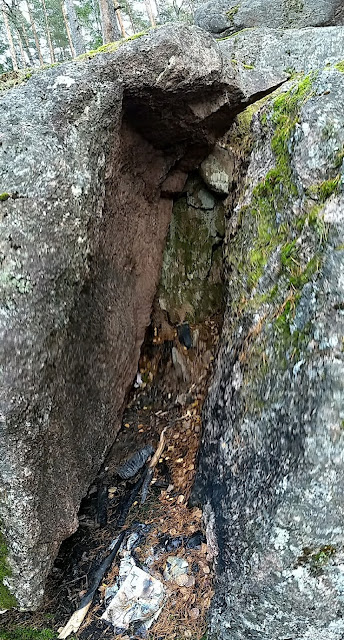 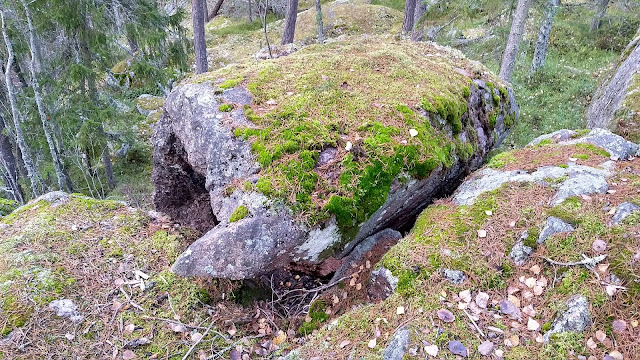 Photos from the upper roof cave: 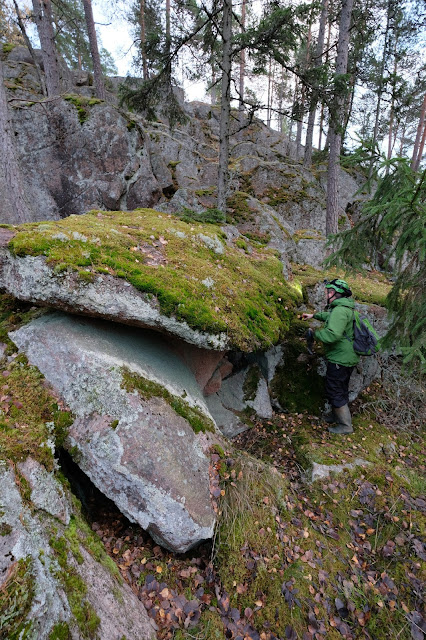 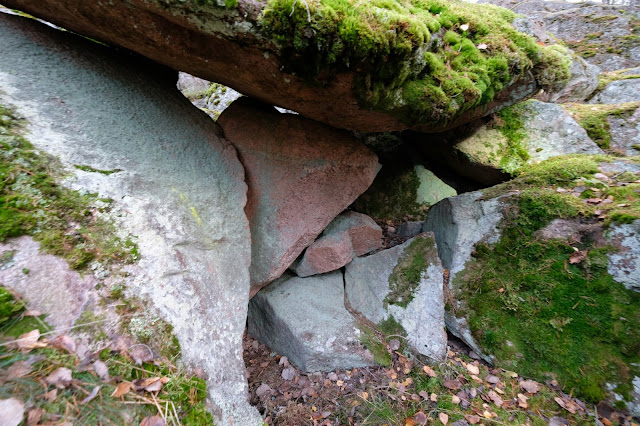 Other photos, Finnish style burn-and-mark-everything damage in the hills: 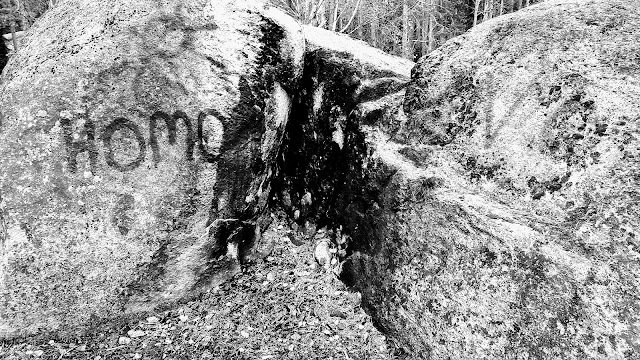 Photos (c) 2017 by Jarmo Ruuth and Jari Arkko. All rights reserved.
Posted by jariarkko at 2:55 PM