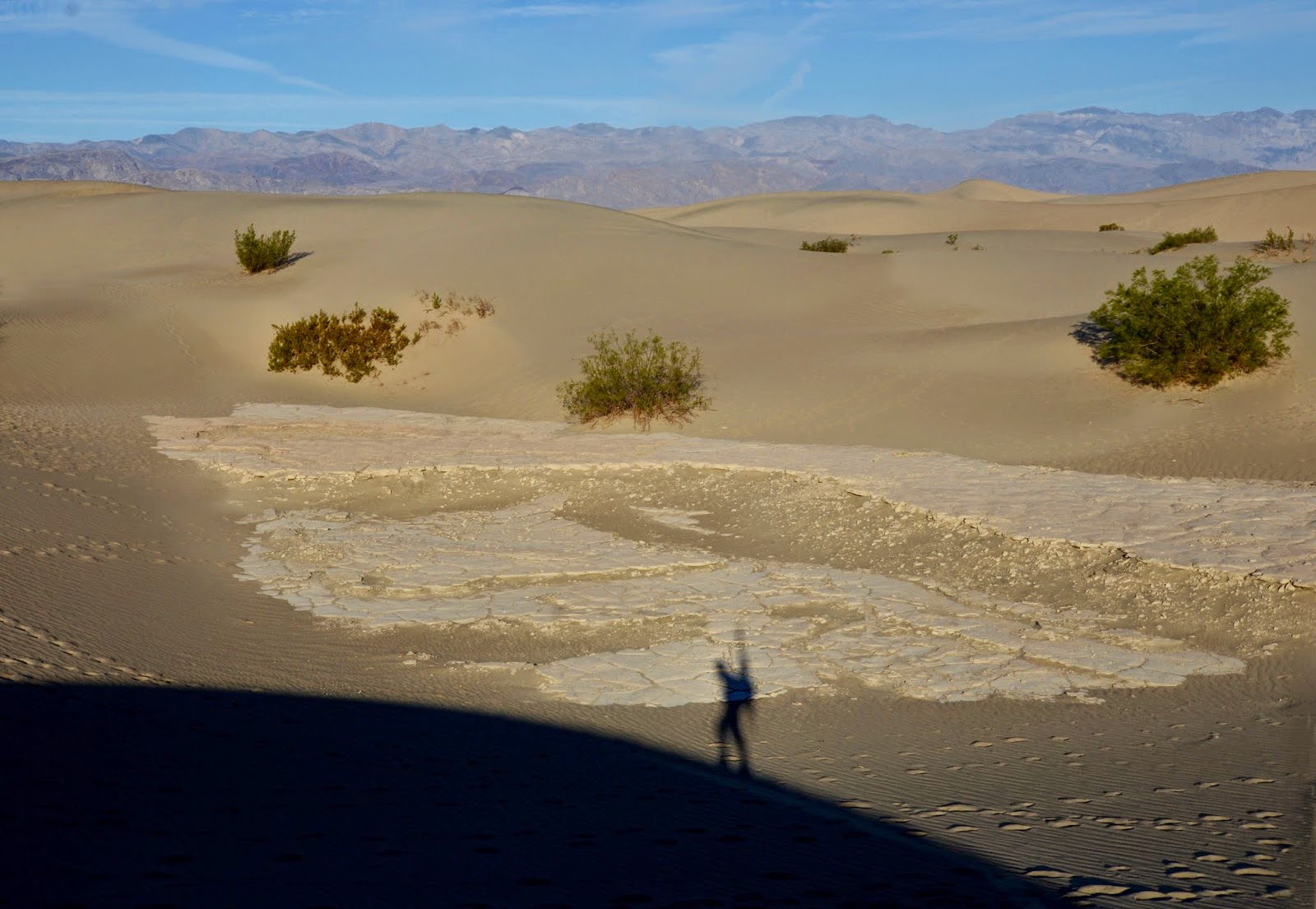 Death Valley, 5am. My skis have dislodged a layer of sand. The flow continues long after I have stopped. But at the moment fresh rattlesnake tracks in front of me scare me more than possible sand avalanches. My imagination races ahead. Perhaps I'd be lucky and the snake would sink its teeth onto my ski boots. Still, the idea of a fight with a twisting snake is repulsive.

I can see myself grabbing the snake with hands, as it would try to loosen its teeth. Would the snake be slimy? How strong is it? Could it try to wrap itself around my legs? Body? Would the tail rattle in front my eyes? Or maybe the snake would just bite again, this time on my flesh. In the darkness, far away from civilisation it is easy to let fear control your mind. And while I am not sure if the tracks are snake tracks, there are rattlesnakes here. And I am here at their best time of the day, early in the morning. Before it gets too hot. At a spot where few tourists will wander into. The fears are too close to reality. If anything, I have been too optimistic, as the snakes would surely not miss the first bite. 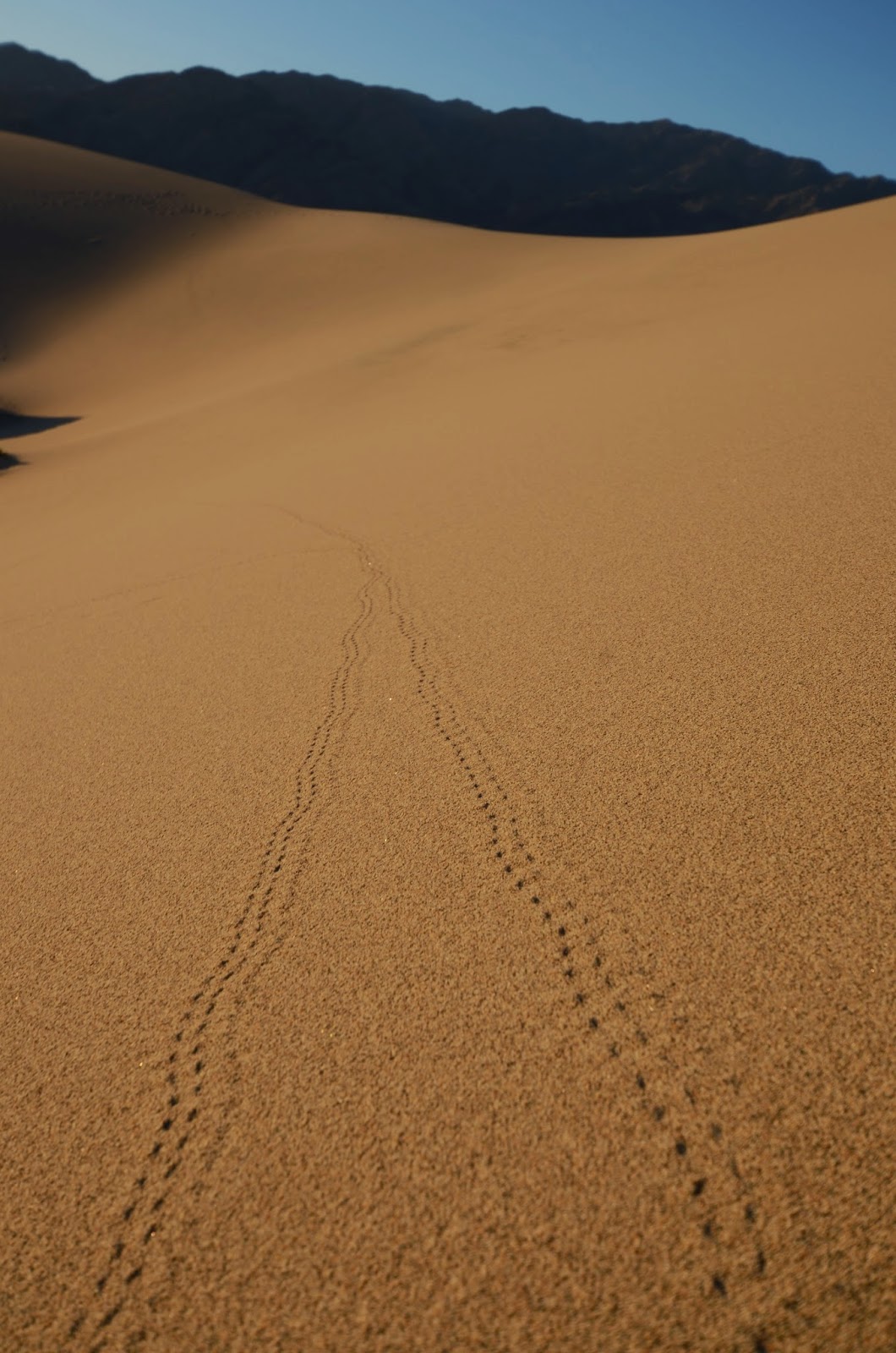 I turn my skis towards the side, and decide not to ski too close to the bushes at the bottom of the slope. The snakes will not hide under the sand. Or do they? I try to run up the sand hill for safety, but the soft sand is difficult to climb. My boots sink in, and the sand falls down a bit on every step.

But eventually I get back to the dune ridge. And the sun is starting to rise, making the entire scenery red. It is also getting warmer, but not yet uncomfortably so. It is strange how light and temperature affect the state of your mind. My fears are starting to go away. I remember why I take these trips. To ski, of course, but not only that. On many trips the first morning light is the most memorable moment.

The view over the dunes is one of the most beautiful sceneries I have seen, even if I am not on a high mountain this time. This may in fact be the lowest place that I have skied at. The area is below sea level, although the top of the dunes probably raise slightly above sea level. This is also the hottest place that I have skied at, at least if I were to stay here for the day. The highest measured temperature in the world has been measured nearby, 56.7 degrees Celsius. Hikers are not recommended to be out on the desert after 10am.

I am at the Mesquite Flats sand dunes, near Stowepipe Wells, in the Death Valley National Park. There are plenty of stories of skiing in various dunes in Death Valley, but I have not found any stories about Mesquite Flats dunes. Only snow- or sand-boarding. Is this a possible first descent? I do not know. 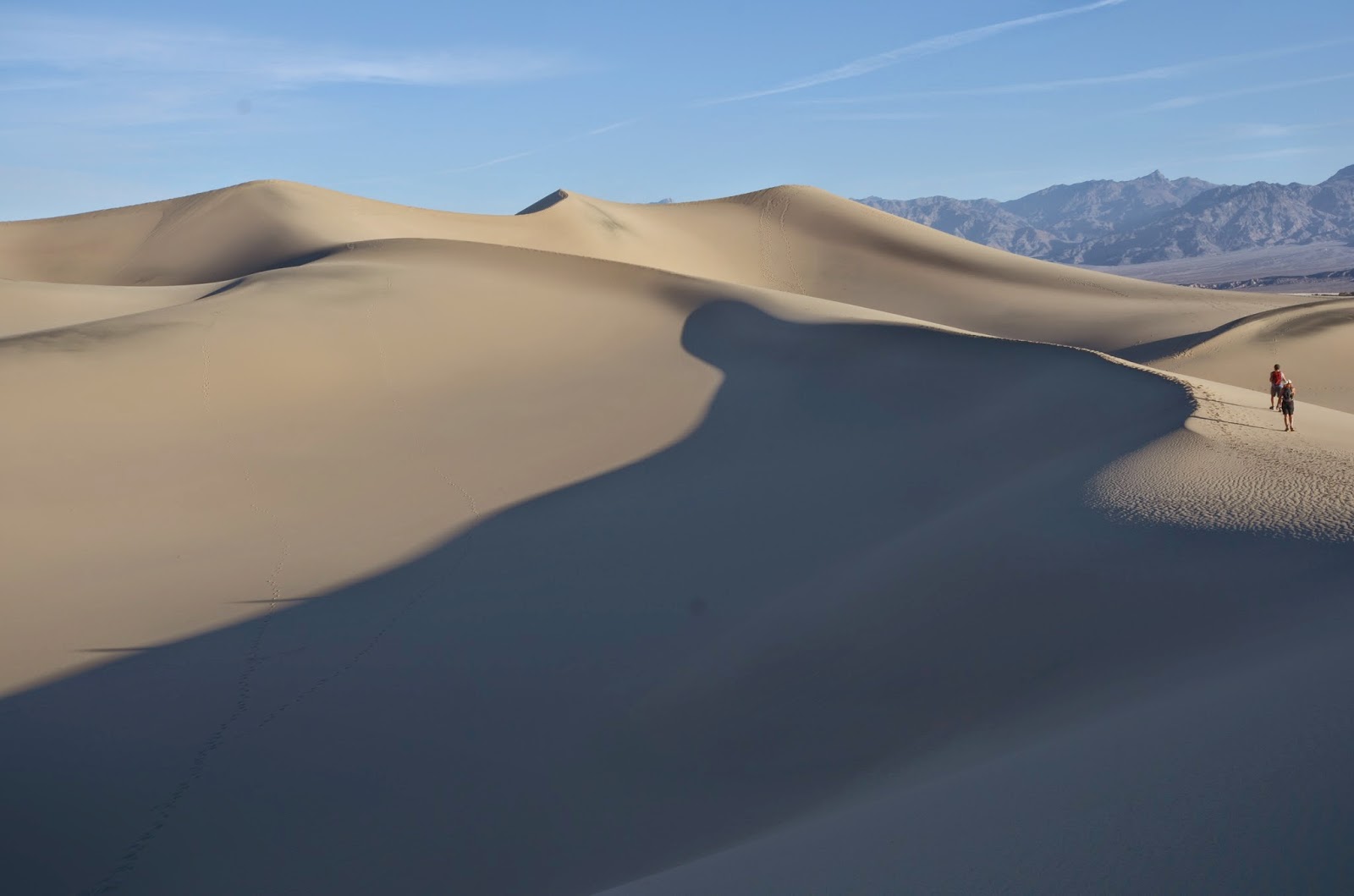 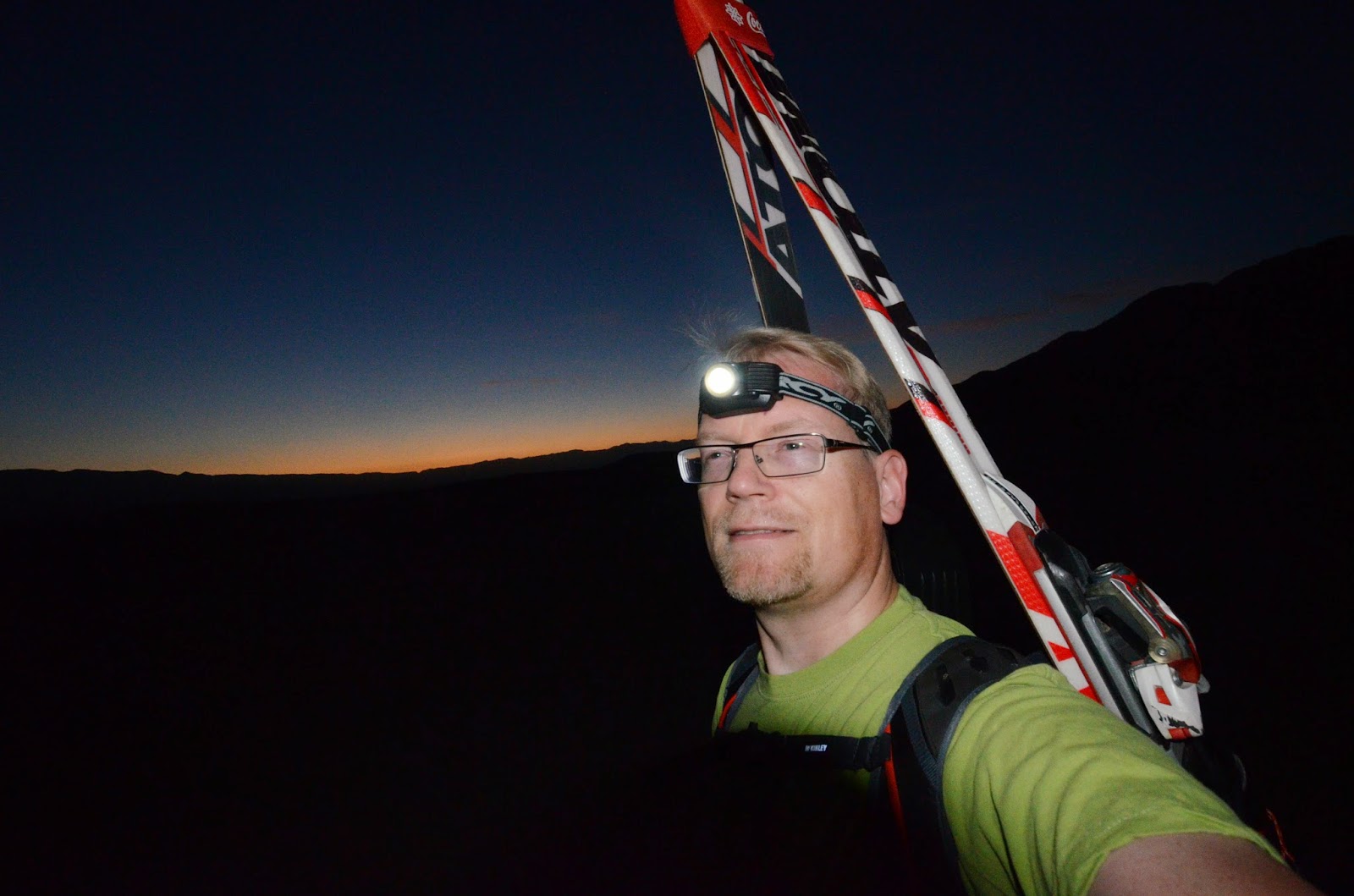 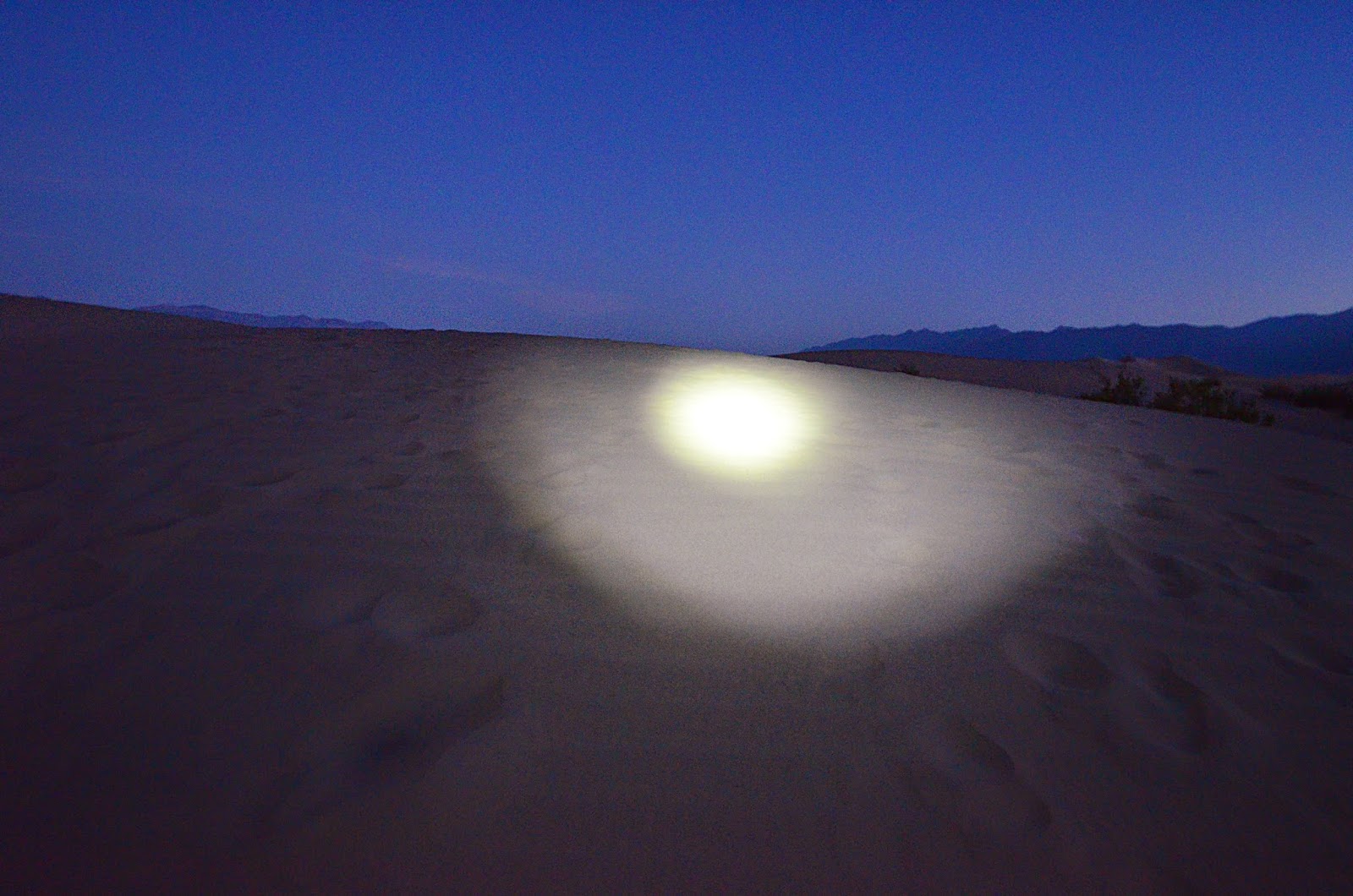 I ski two runs. The first one is on the backside of the dunes, a long and steep run. But since I worry about the slides, I ski to the side and do not make more than a couple of turns. Getting stuck in the sand would be fatal here, in a place where the tourists do not usually come.

My other run is less steep, on the front side of the dunes. But it is easier to ski, and there are no dangers. I get up to some speed, and the skiing is fun. But I do not have enough speed to lose for making a turn. Interestingly, someone mentioned furniture wax would make skis slide better on sand. This may be something to try later, but I would not want to do that in this pristine environment.

Once I reach the bottom, I sit down, change into my regular boots, and take a drink. I realise that my backpack is far too heavy for this trip. In addition to the boots I have 3 litres of drinks with me. I only need half a litre, but the rest is for safety. 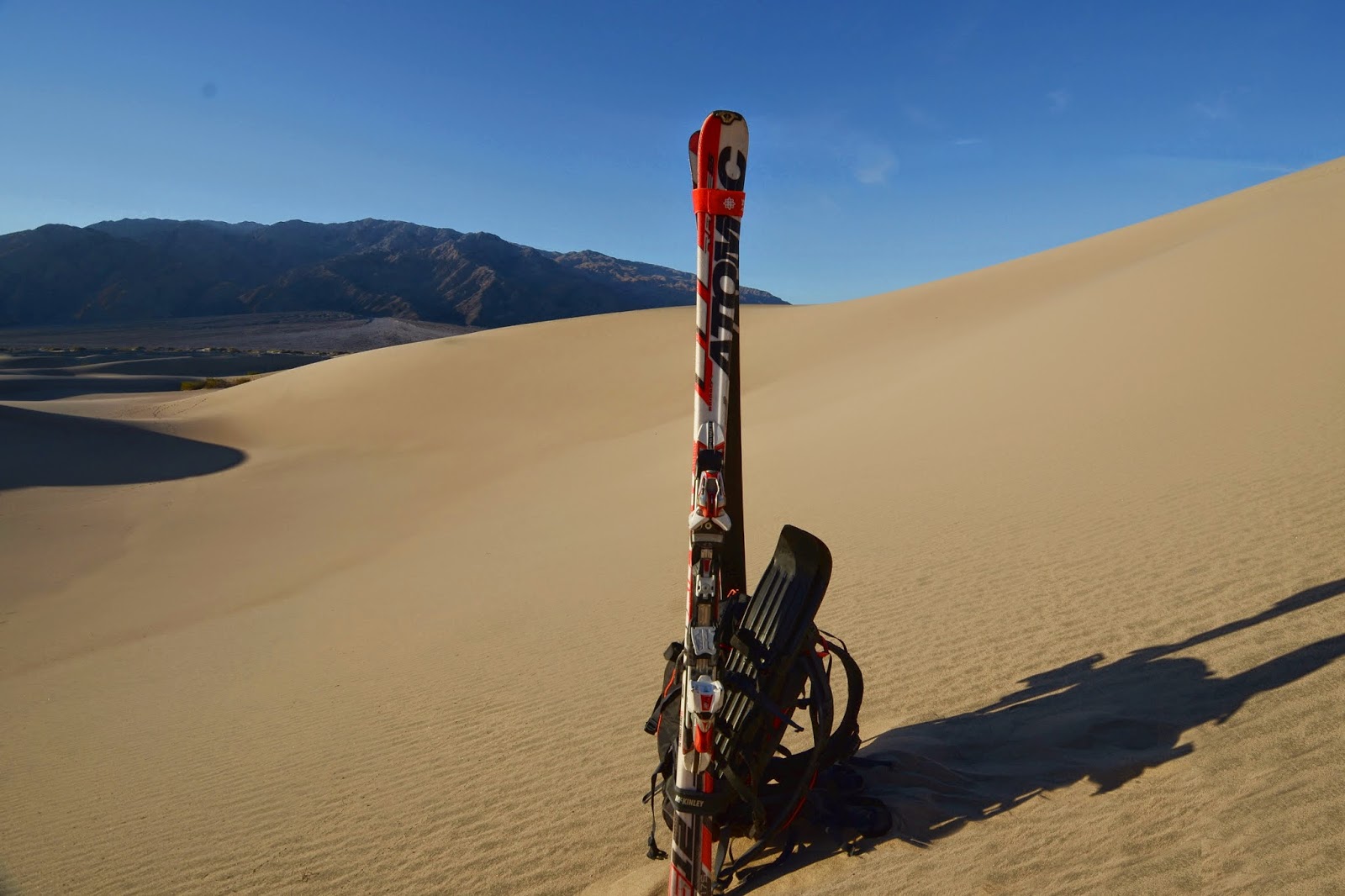 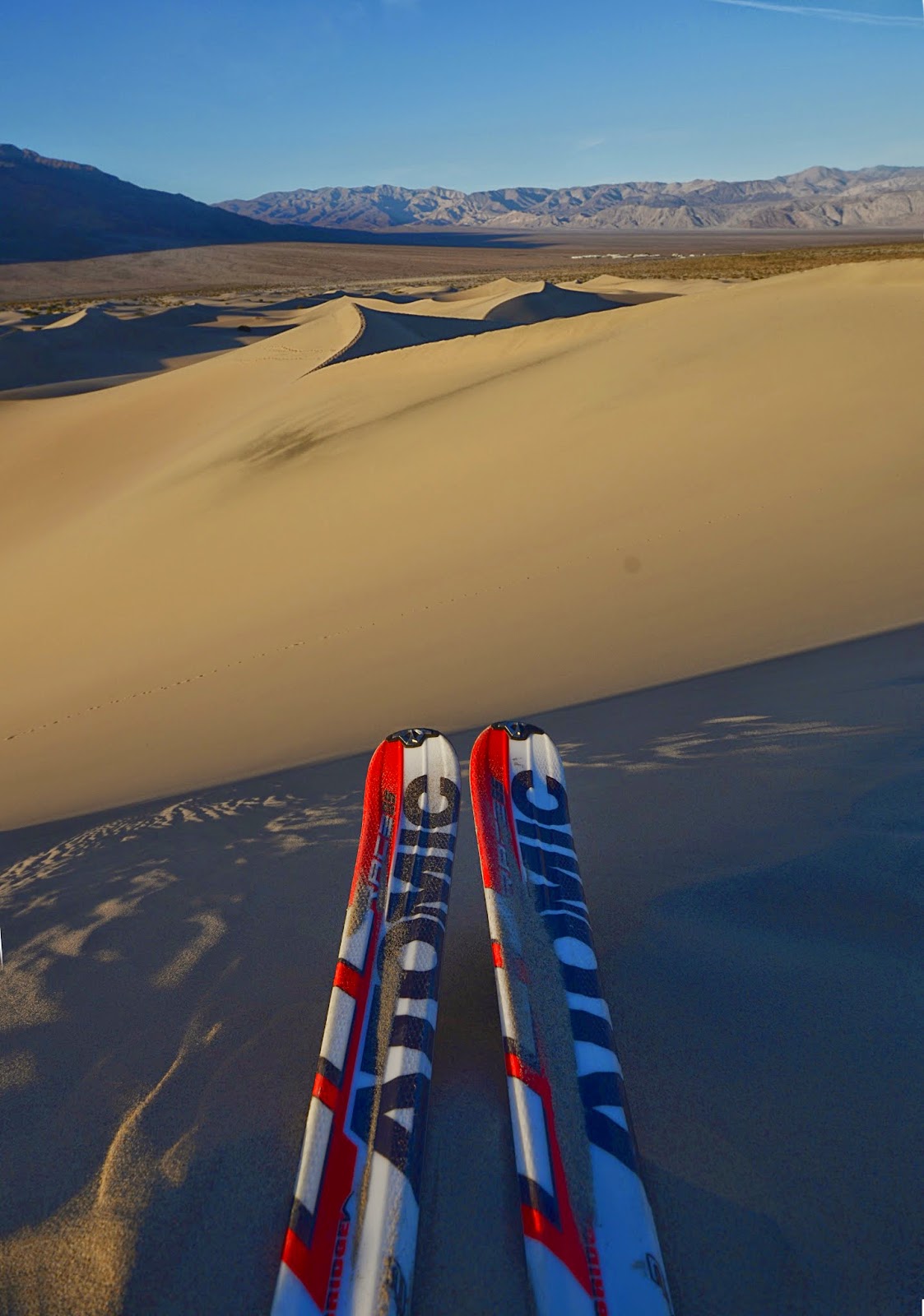 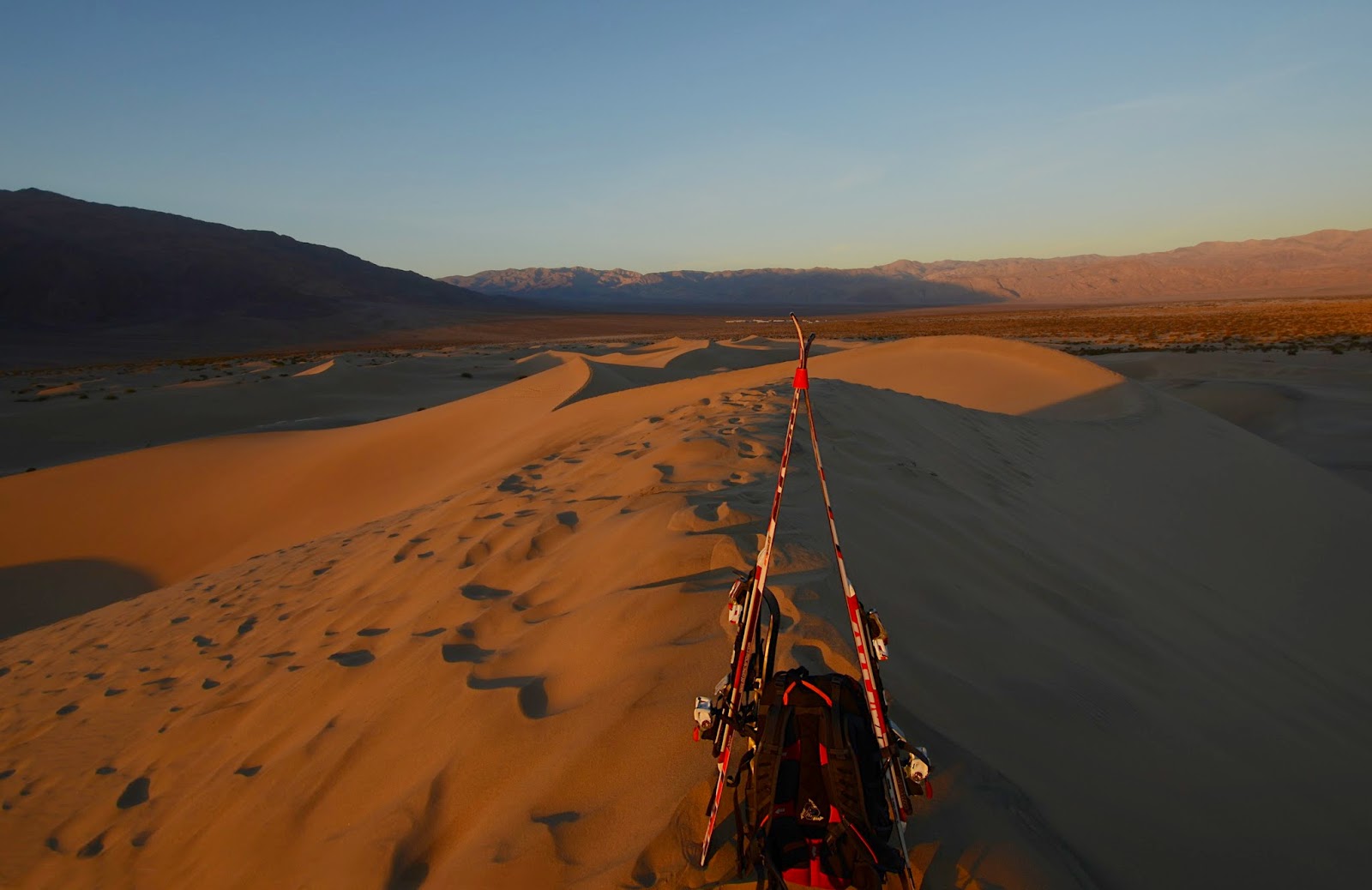 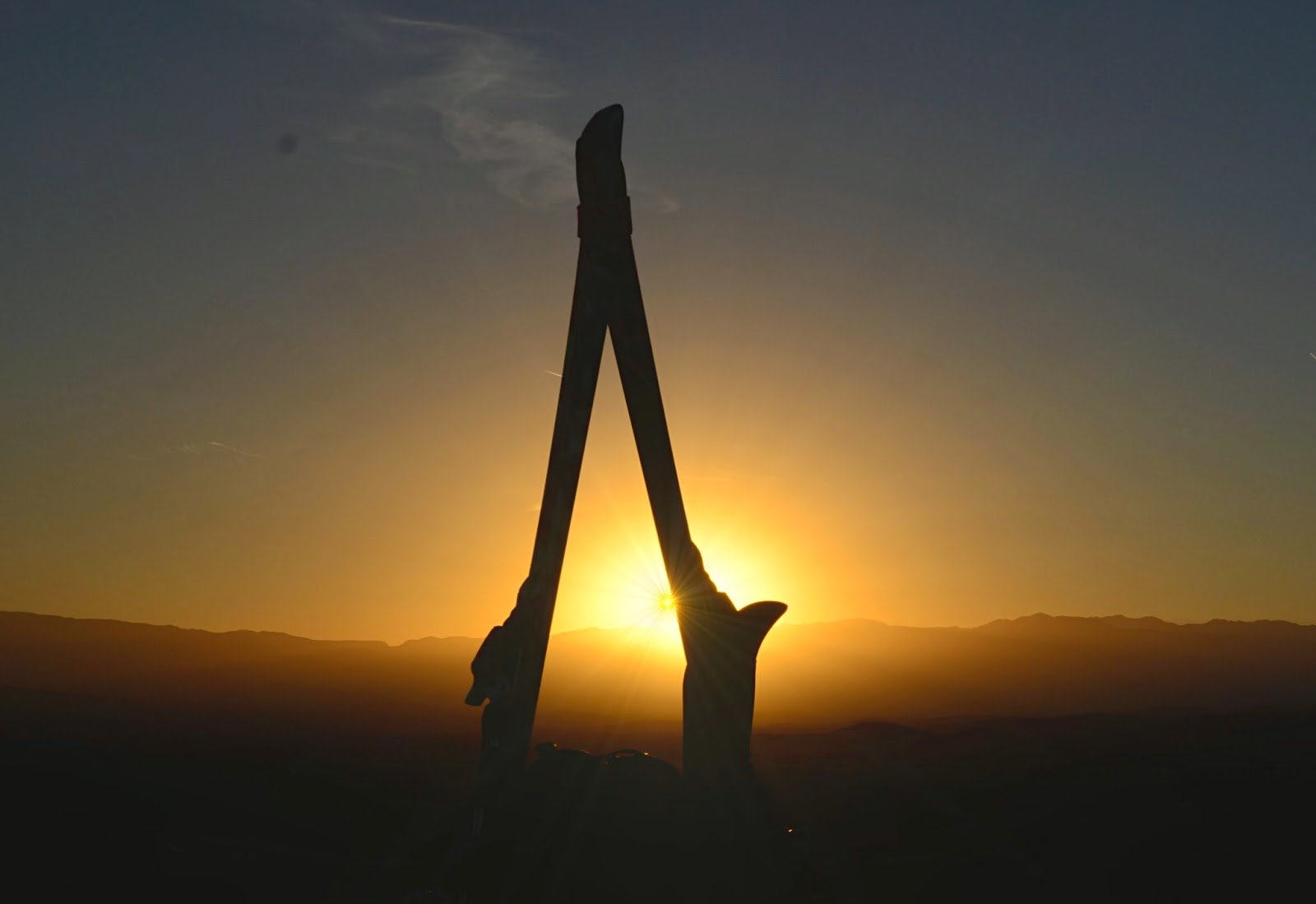 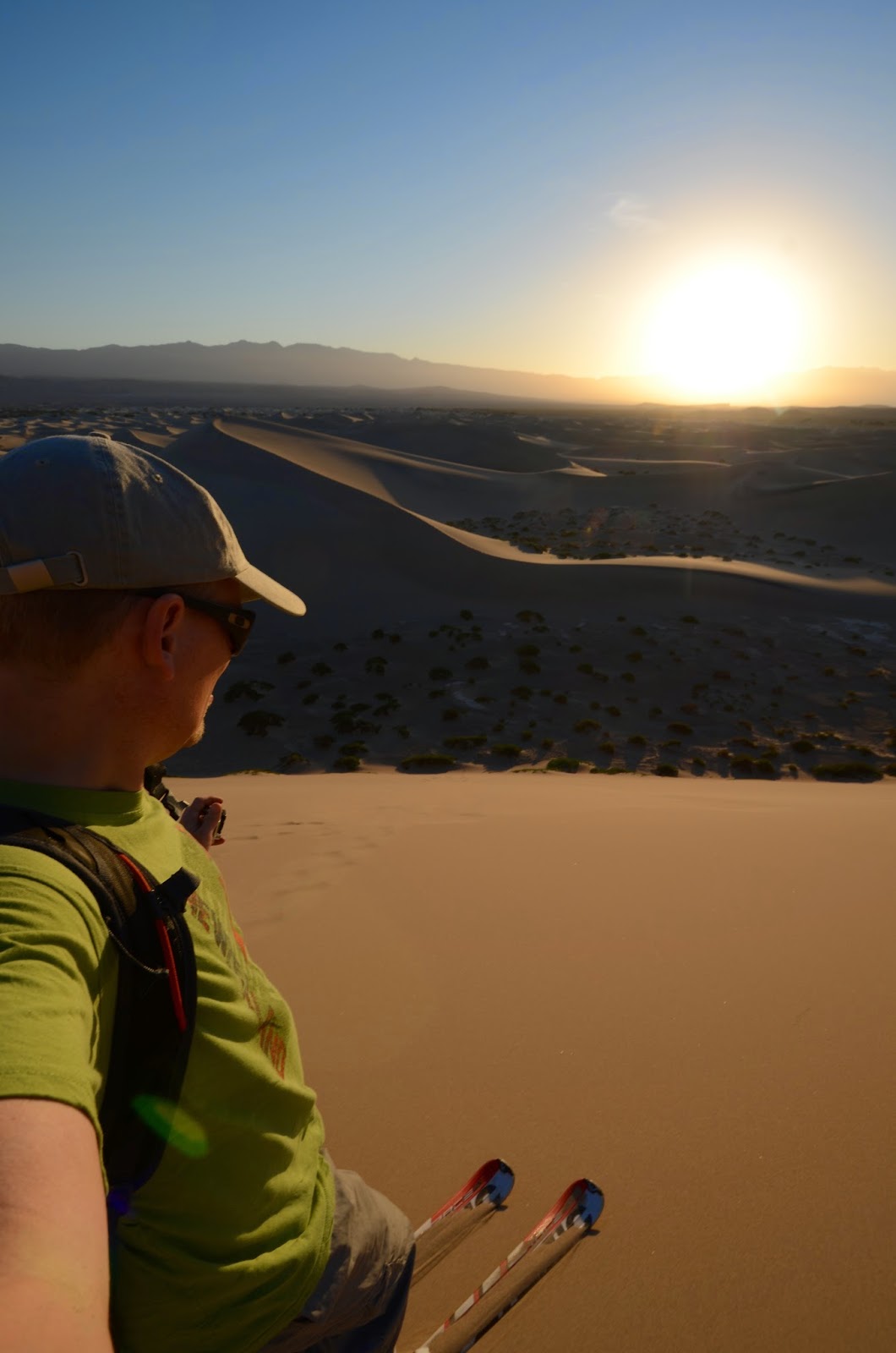 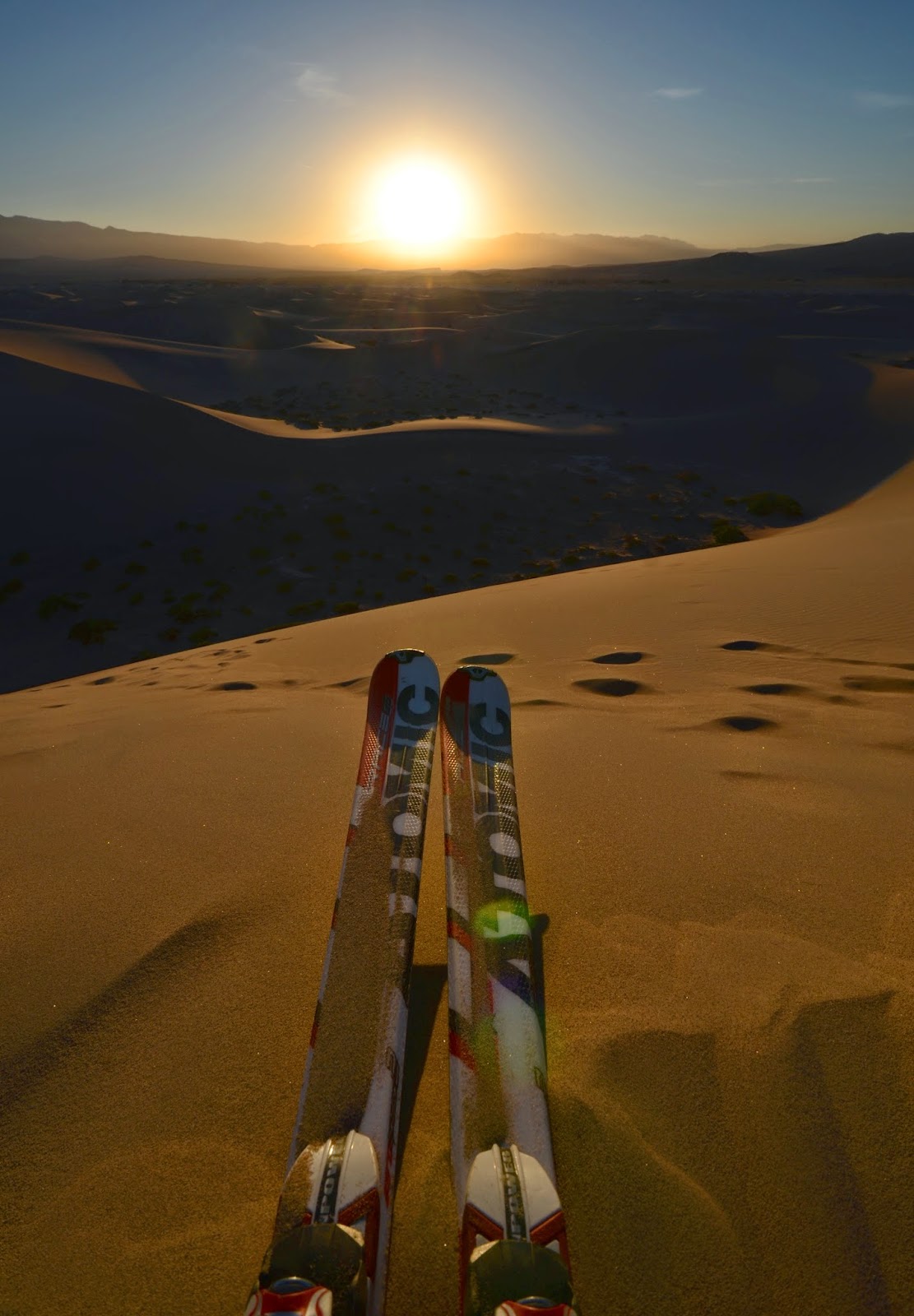 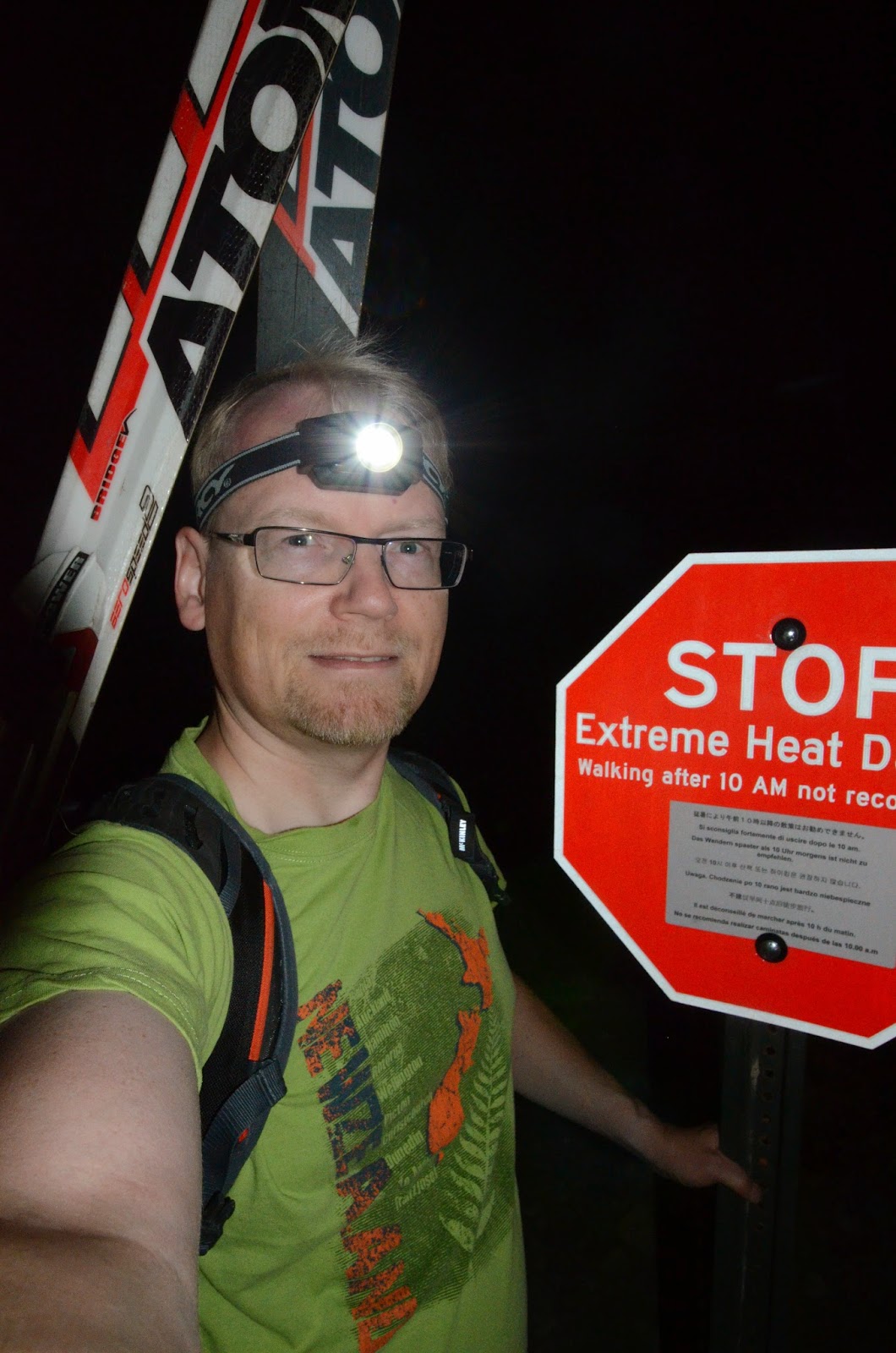 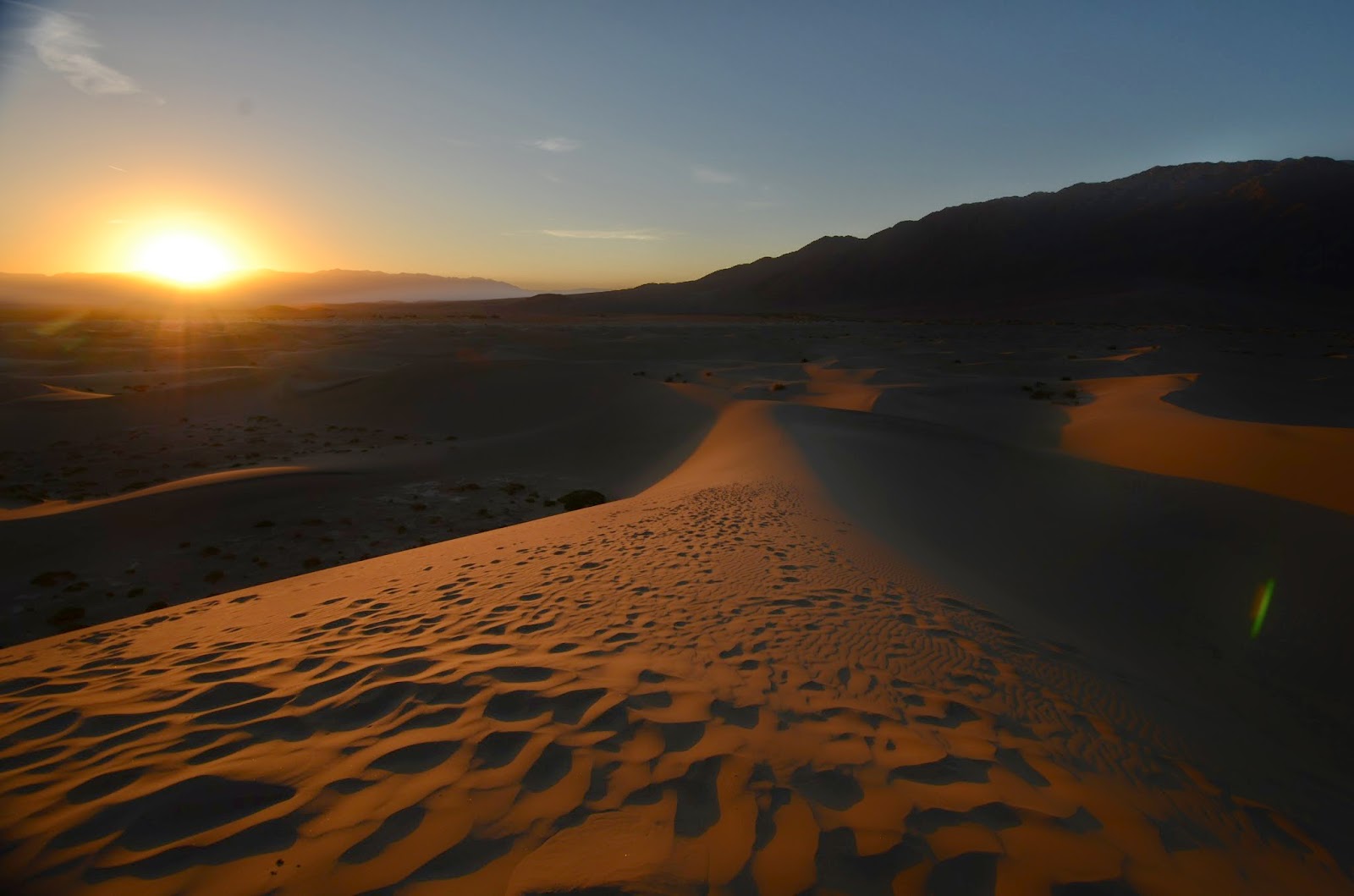 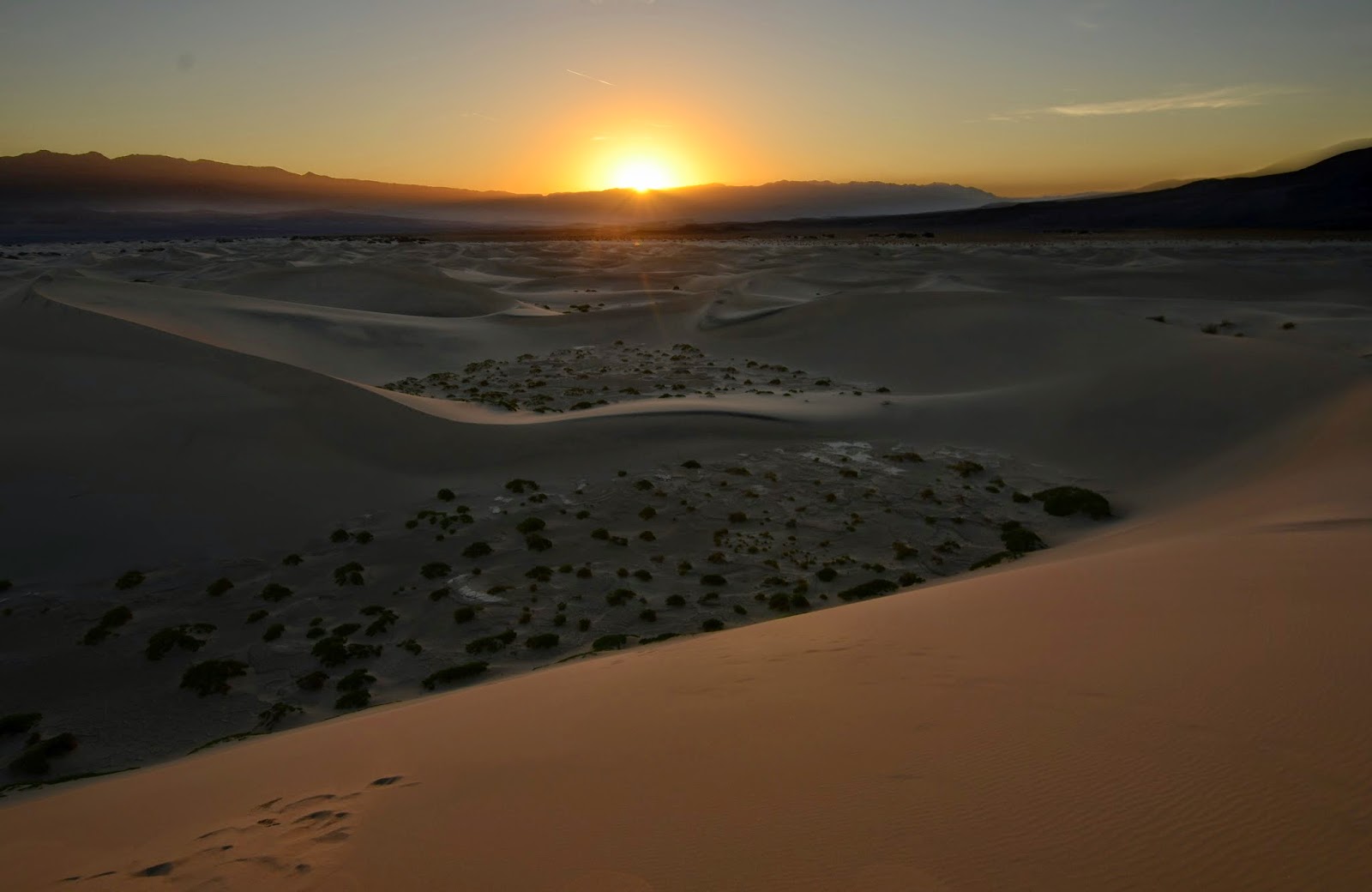 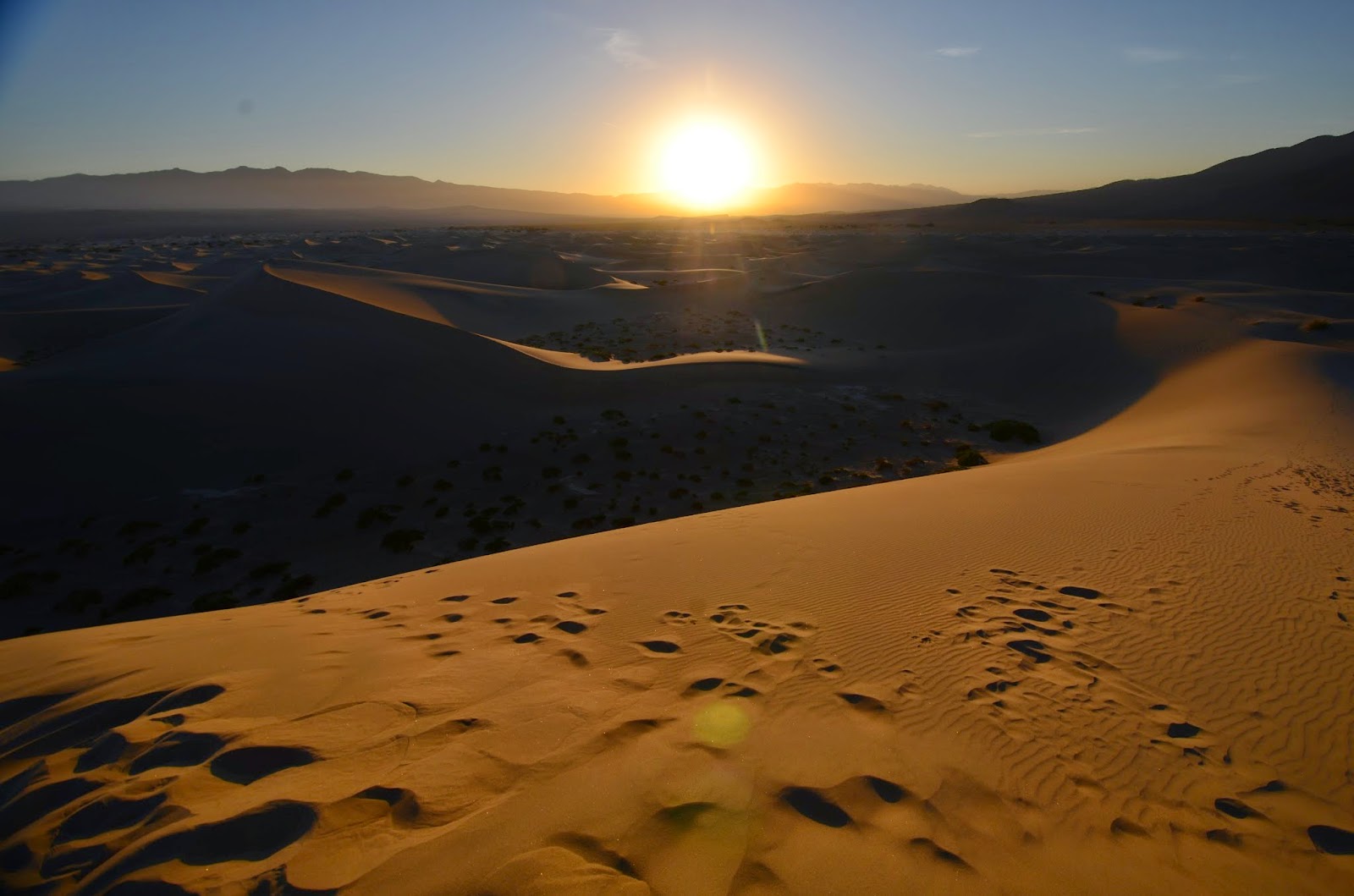 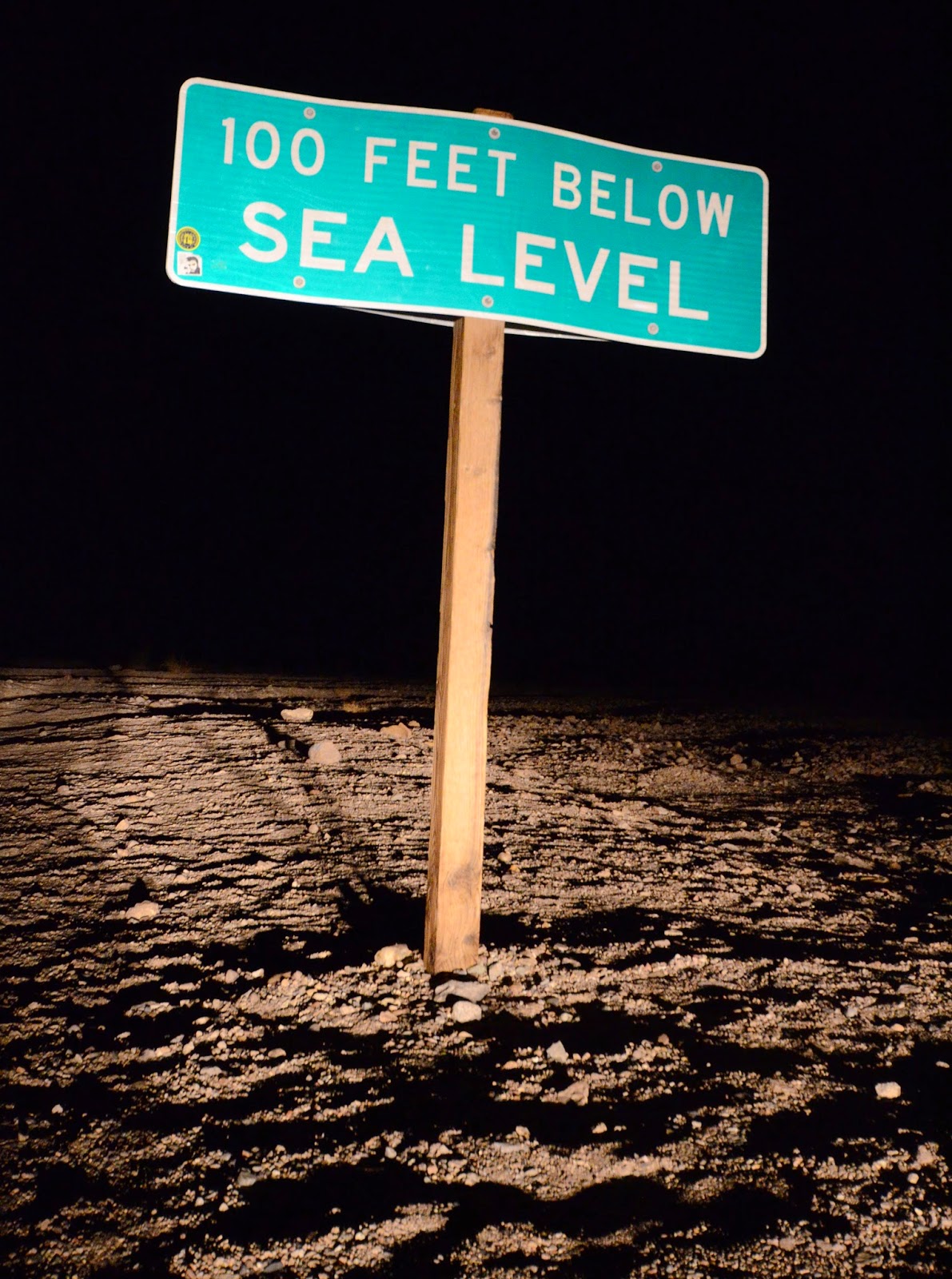 I stayed at the Stowepipe Wells Village, a nice but very basic hotel in Stowepipe Wells. Complete with a breakfast place, a saloon, and a swimming pool. And meagre Internet connectivity. Recommended for Death Valley trips!

The Death Valley can be easiest reached from Las Vegas. I flew in, rented a car, and drove two hours to get to the national park. The odd thing with Las Vegas, however, are those numerous slot machines that sit right at the gate upon your arrival. You can also find gambling between luggage carousels. 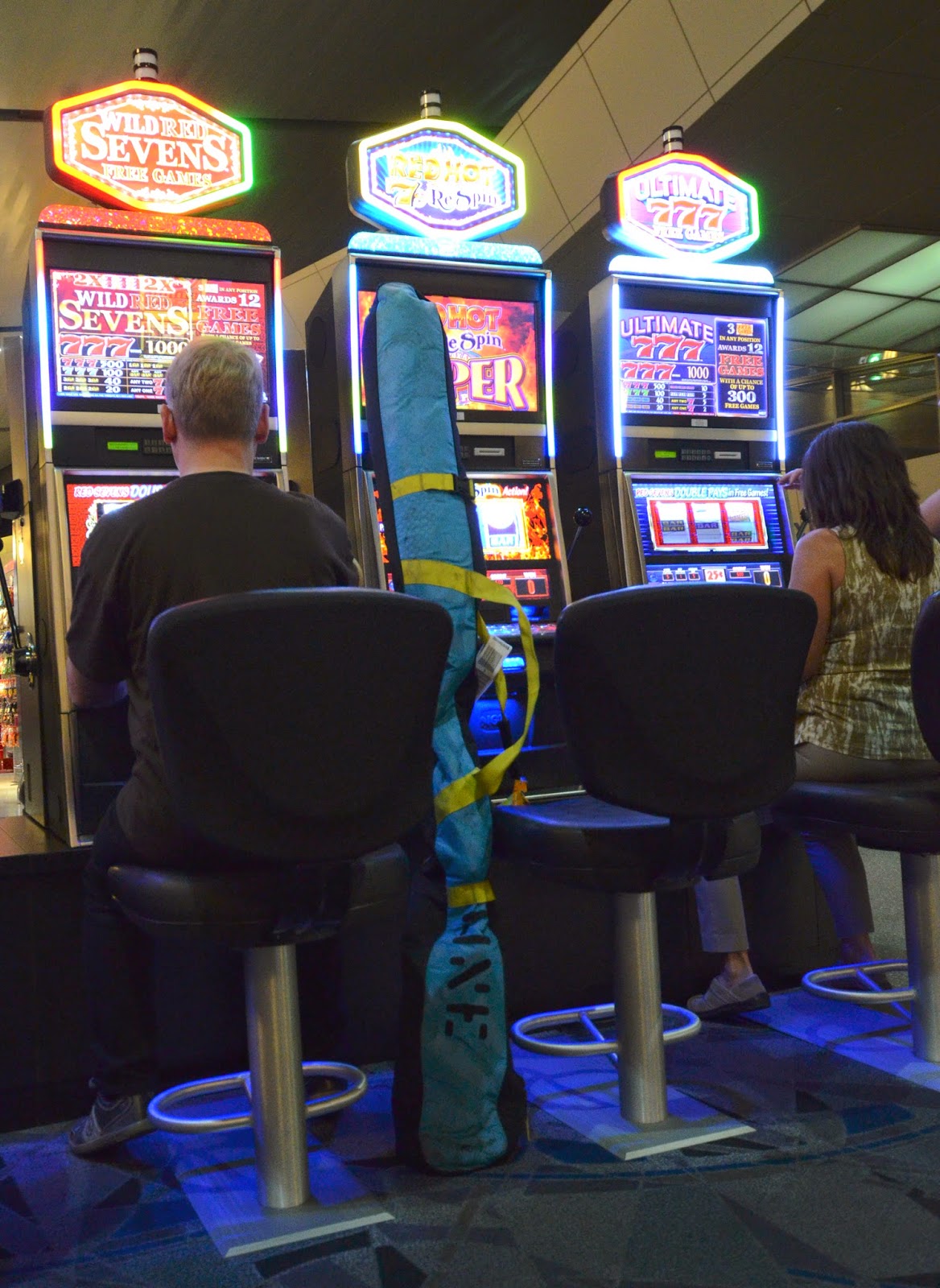 Sweating at the Death Valley: 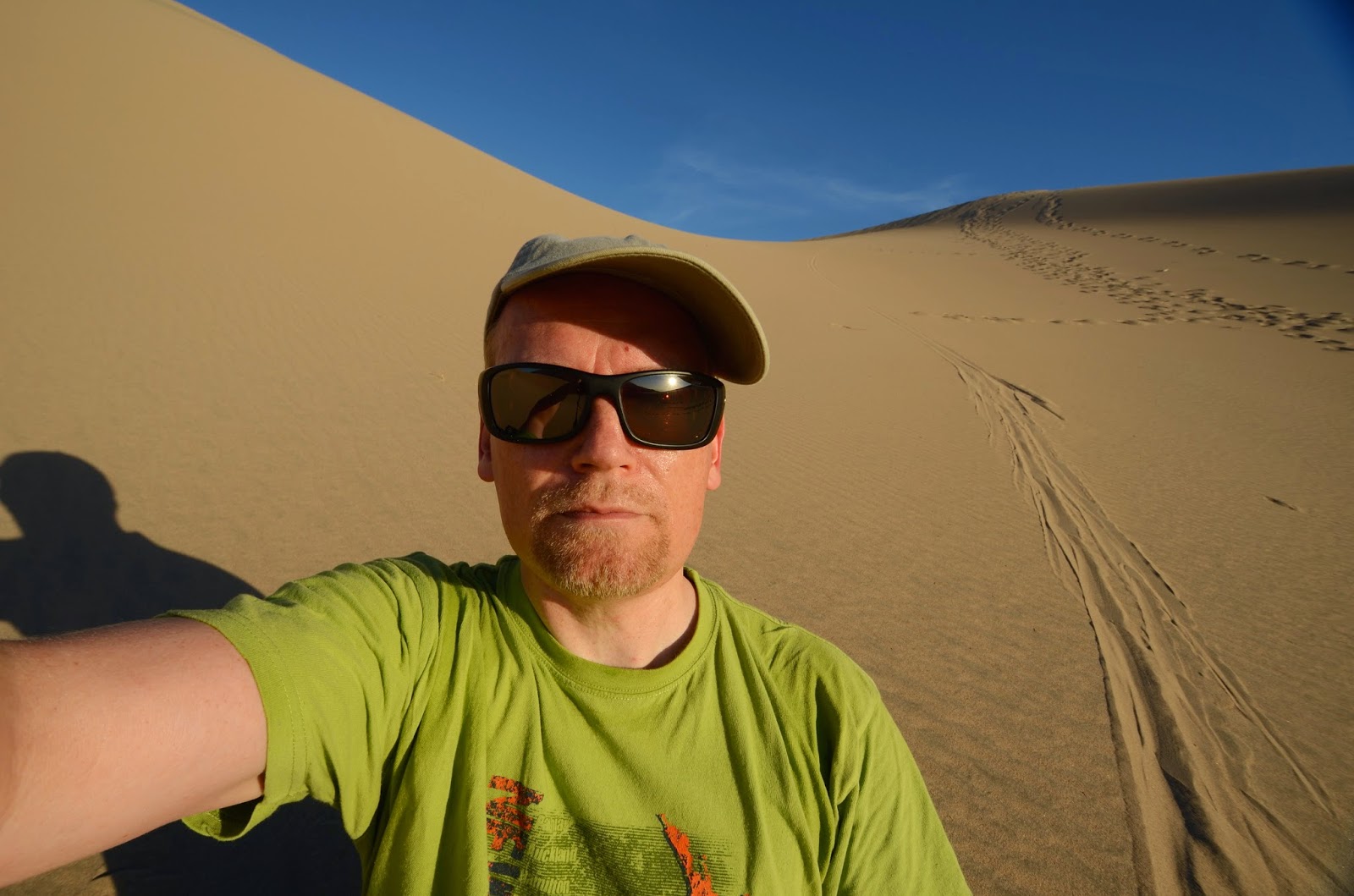 Photos and videos (c) 2014 by Jari Arkko. Tämä blog löytyy myös suomeksi.
Posted by jariarkko at 11:15 AM No comments: