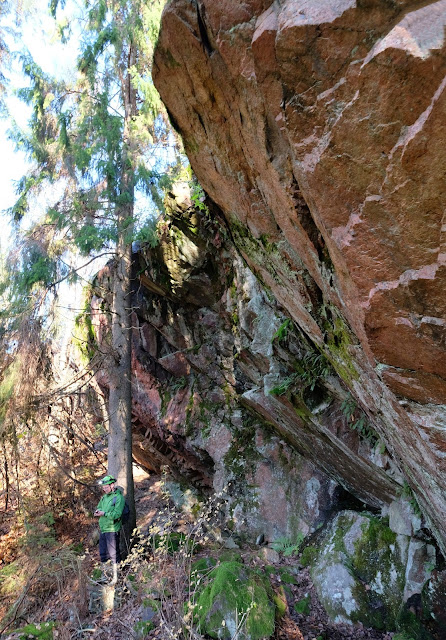 Kirkkonummi underground <3 And Retkipaikka told us of yet another cave in Kirkkonummi.

So far, I've visited three others: Korkberget, the largest and most complex (perhaps even in all of Finland), Högberget, a beautiful small erosion cave that can bring other things to mind, and the small roof cave in Majvik. Are there others?

Retkipaikka told us about Gruvböleberget roof cave, so we hiked to see it with Jarmo. Access wasn't easy as the forest roads leading to the place were closed off or undriveable in many places. In the end we walked to the cave from Kvis (drive Kvisinpolku as long as you can, then park).

We found a nice stream gushing with water, and close to it a large cliff, with an overhanging roof that forms an area shielded from rain. The definition of a Finnish cave includes such roof caves, as long as you can fit several people under it.

I also drew a map, based on very rudimentary measurements: 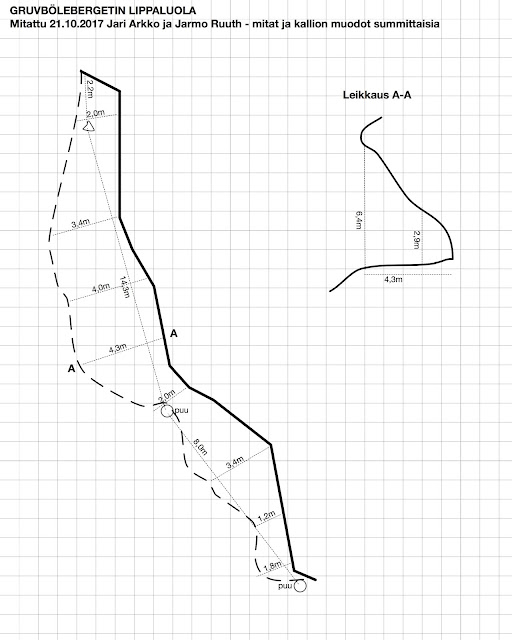 There is also a high-res JPG and PDF version of the map. And here are some more pictures: 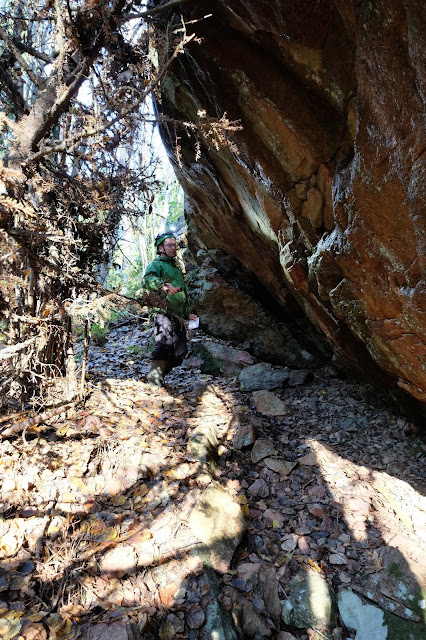 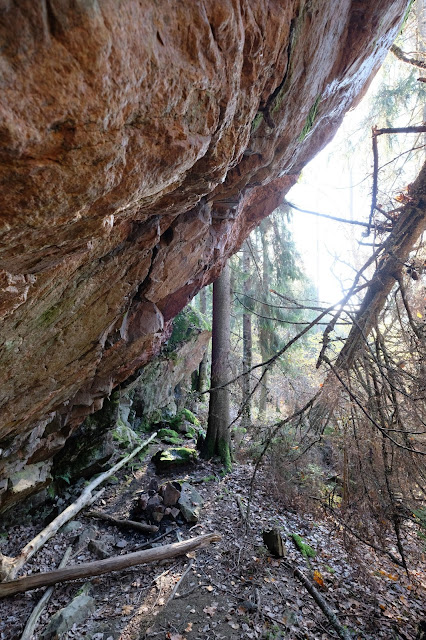 A tree that has flattened because the cliff didn't allow it to grow in the usual circular fashion: 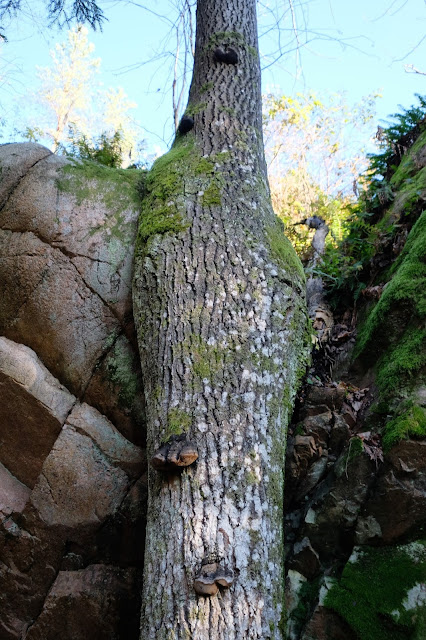 The stream that we followed for a bit to get to the cave: 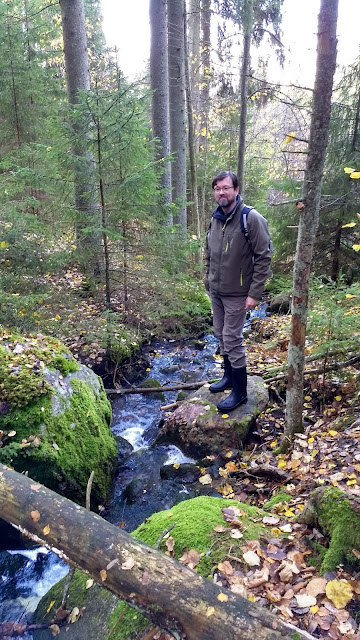 Photos (c) 2017 by Jarmo Ruuth and Jari Arkko. All rights reserved.
Posted by jariarkko at 9:41 AM