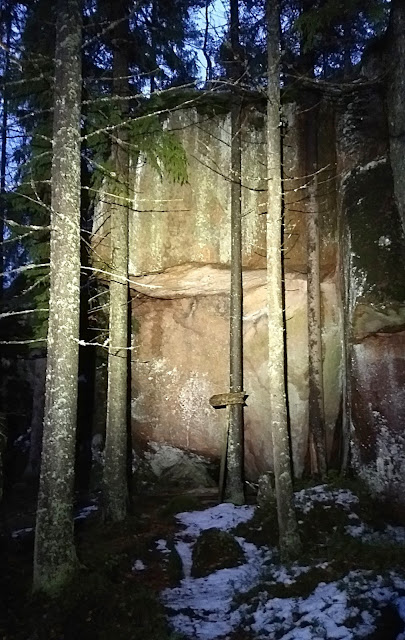 Busy busy... more than half of my weekend goes to editing documents. But I decided I would too today go out, once I complete the doc. I should be able to still go out at 4pm, with sunset at 5.30pm. Except that by the time I'm hopping onto my car, I realise the daylight savings change is making the sunset at 4.30pm. Sigh. But no matter, I have a head lamp. Onwards!

I wanted to go visit the Viinakallio roof cave. Or Brännvinsberget in Swedish. Or the Booze Cliff in English. The story is that years ago, the locals would produce moonshine in the shelter of the forest and the cave.

By the time I'm reaching the cave's area, it is completely dark, and I'm having trouble finding anything from the coordinates. I keep walking along the cliff line and was just about to give up when a big red roof appears between the trees. I have found it.

It is an interesting place, roughly 4m x 4m, and also about 4m high. There is a nice crack cave in front of the roof cave as well, and along the cliff line there were also a few other small roof caves, but perhaps too small to call real caves. But I didn't have time to look at them in detail on this trip.

And now there's a map of this cave! 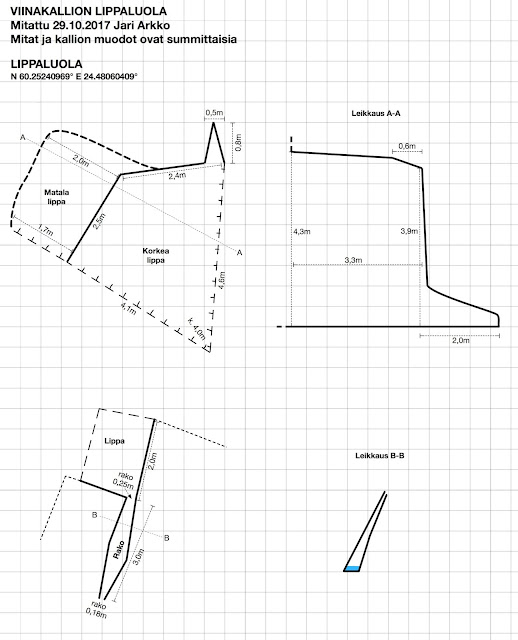 The high-res version of this map can be downloaded in JPG, PDF, or Apple Graphic formats. This is actually the last map of Kirkkonummi caves, except for three ones that are on military area, whose position is not known, or that have collapsed. And given Kirkkonummi's rocky countryside, there's likely also many unknown caves. But I have completed my mapping project of Kirkkonummi caves, for now, at least!

As I was returning back to the car in the Haapapuro/Kosko area, my headlamp was blazing at its boost setting. By the time I reach the car, a local man has noticed and has come up to investigate. He was wondering what the car parking at the intersection and the lights were about. I explained my cave mapping project, showed him pictures, showed the laser tools. It is important to keep the locals happy because hopefully others in the future will be able to drive and park and walk here as well. Most of the other small roads in the Veikkola area have been blocked off with locked gates. This man at least seems happy, had not known about the cave, and shared my hand at least fifteen times when I left :-) 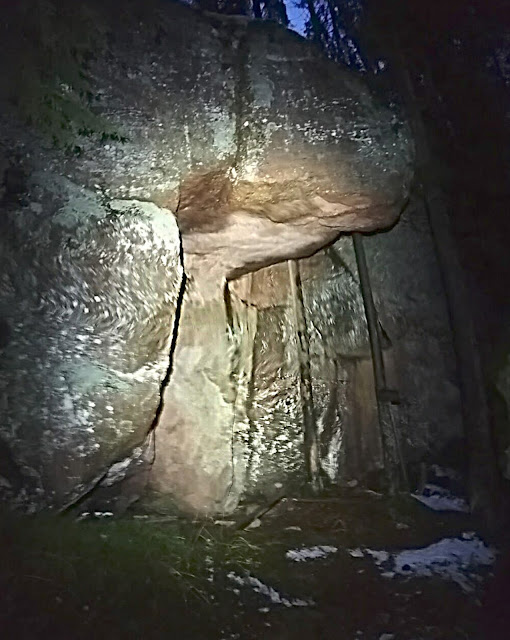 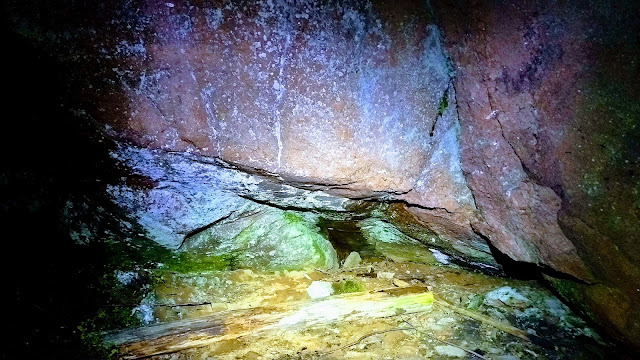 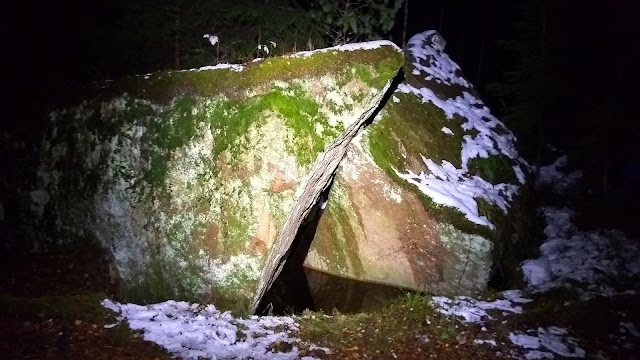 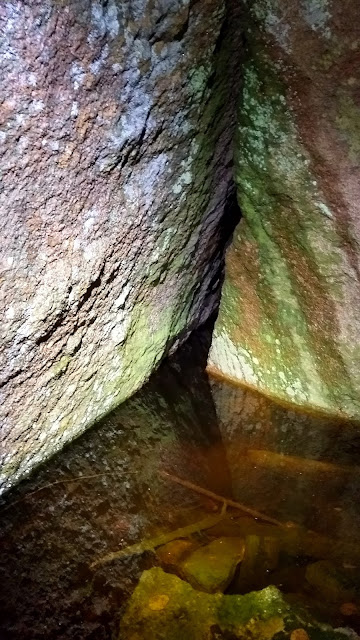