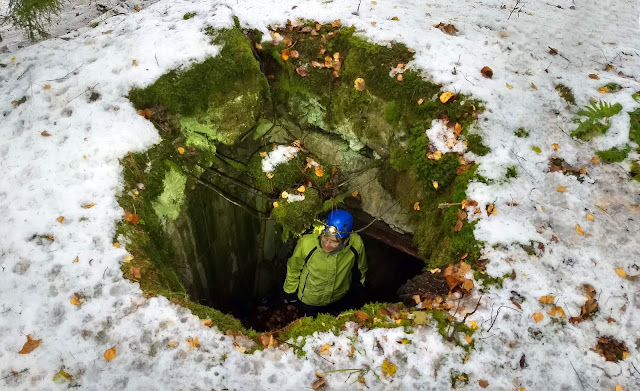 Another weekend, another set of bunkers. Today me, Jarmo, and Velma went to explore further bunkers in the Sonnimäki and Kalasberget area. We found two interesting bunkers.

The bunker at Sonnimäki was a second one, we had looked at an almost intact one earlier. But today's bunker was blown up and filled with rocks. However, there seemed to be a small hole to squeeze in through, which we did. Turned out that you could still move around in the bunker, visit the other rooms and the main entrance tunnel, even if its end was filled.

This bunker felt like visiting a previously unseen cave; the entrance was tight and messy enough that we're not sure other people have been here since 1956. There were no signs or garbage inside.

The day's second bunker was in the Kalasberget hill nearby. We crossed the field and found first pile of dirt, reportedly covering one bunker that is no longer accessible. A bit further into the forest, just at the bottom of a cliff was a quite remarkable bunker. The gun and structures under it have been ripped out, but the round hole to the bunker underneath still remains, the straight down entrance hole with ladders remains, and the walk-in corridor entrance still remains (even if tight at the end). Interesting!

Based on Google Maps satellite pictures, we were hoping to find a third bunker nearby, as the pictures showed what looked like an open hole in the ground. Once we reached the place, however, we realised it was merely a tree that had fallen a long time ago, and left a hole in the ground. Oh well, it was a nice walk in the forest.

On the trip we also found a small roof cave next to the cliff at Kalasberget. Probably too small to properly classify as a cave (5 meters long and barely enough of a roof to stay out of rain).

We also visited a bunker that Jarmo and I had been to before, but Velma hadn't. We confirmed the length of the long stalactite as being roughly 25 cm. And Jarmo took some more of his great pictures. 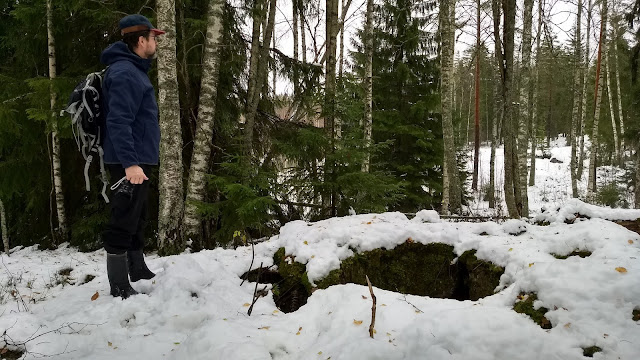 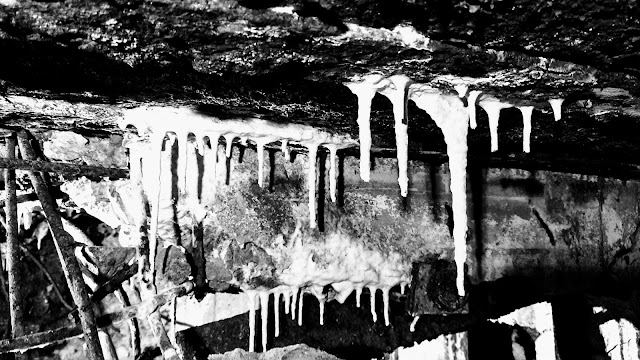 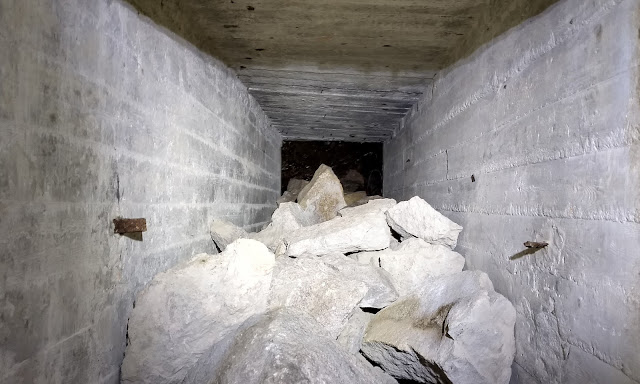 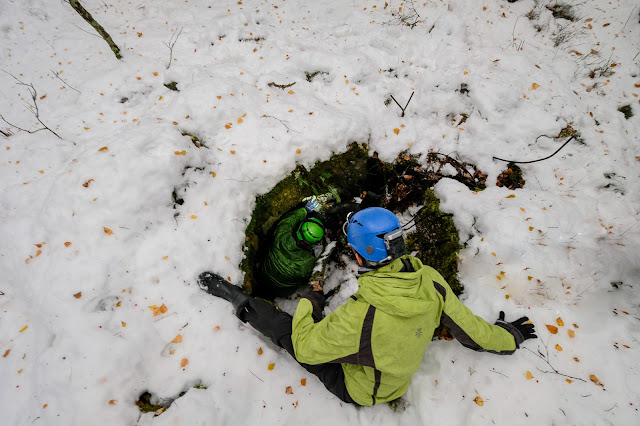 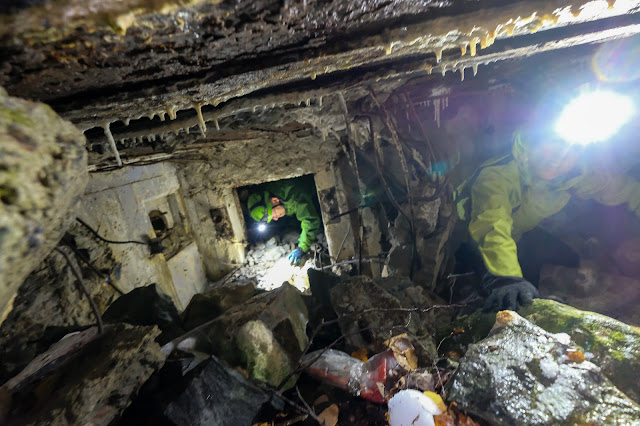 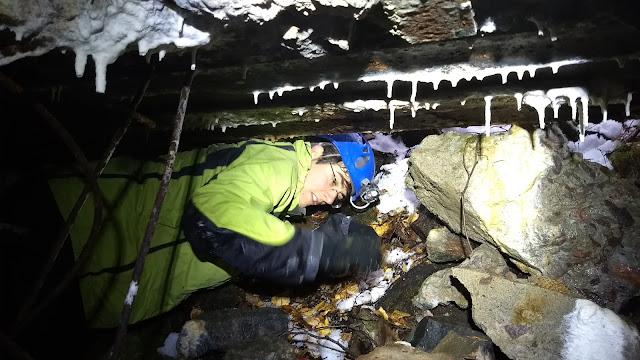 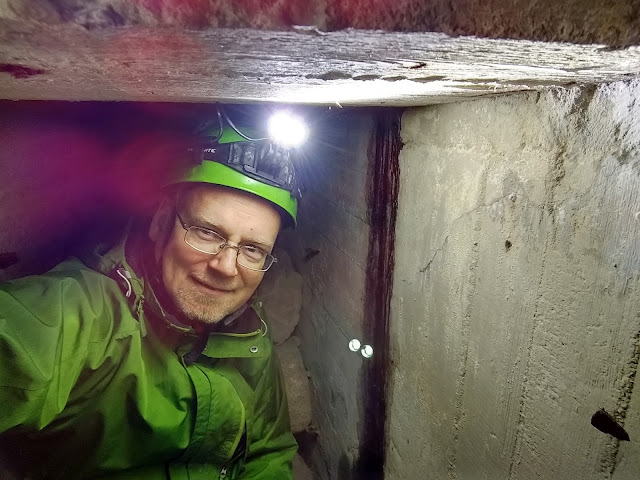 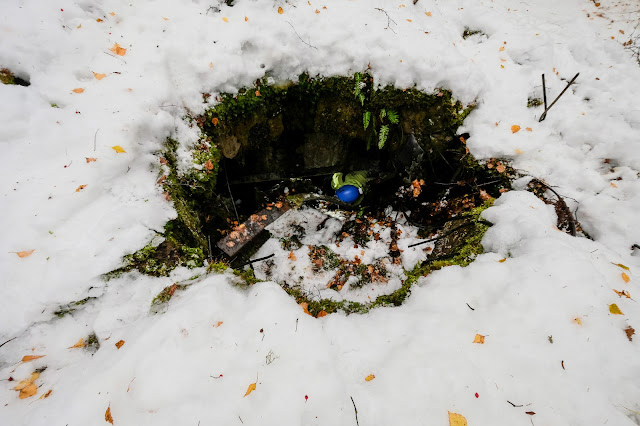 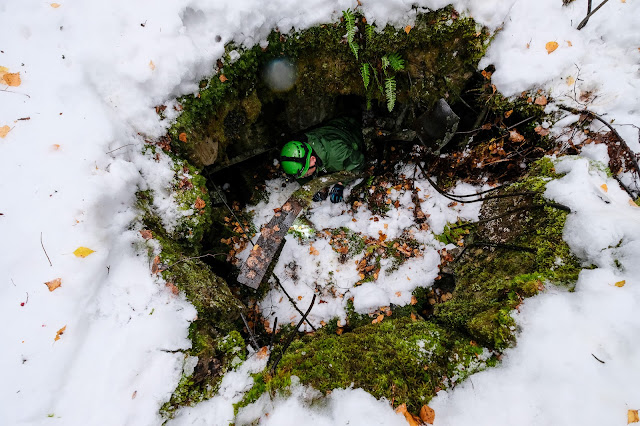 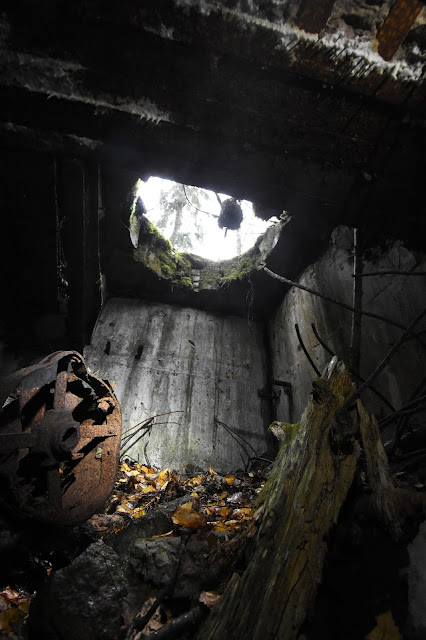 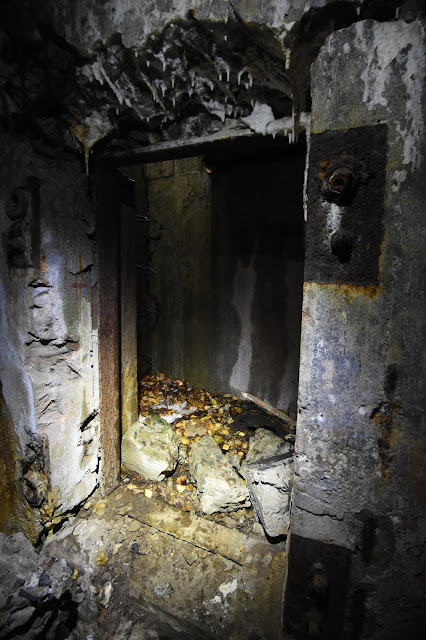 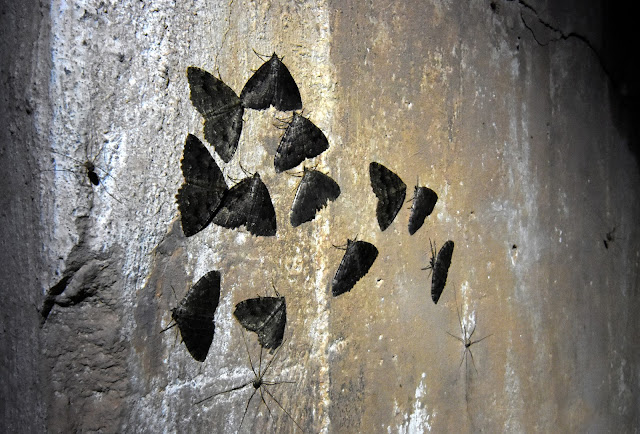 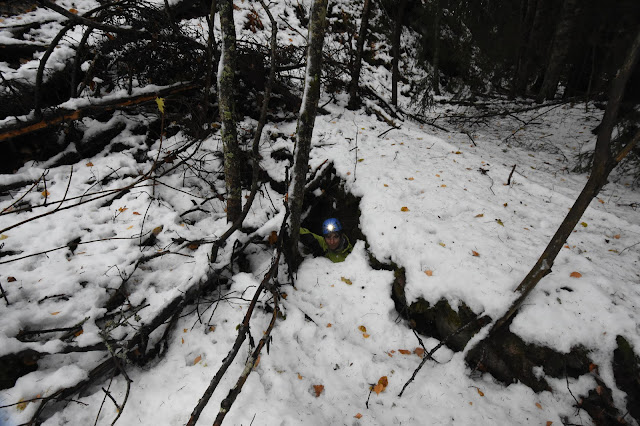 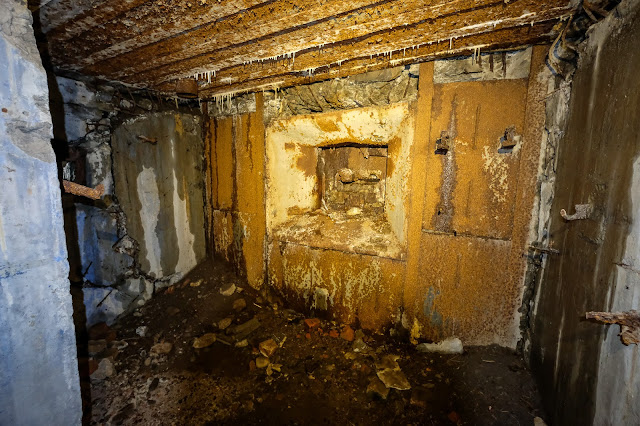 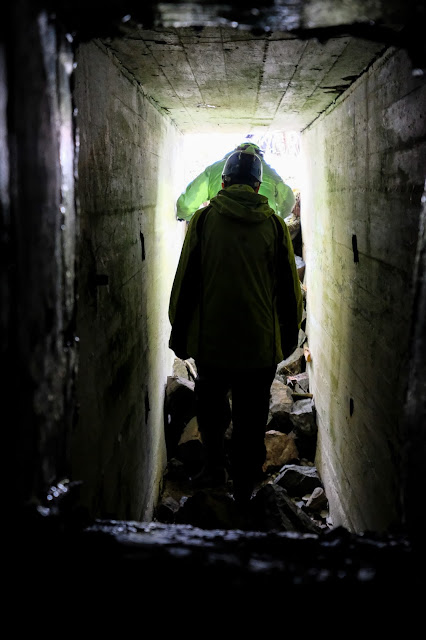