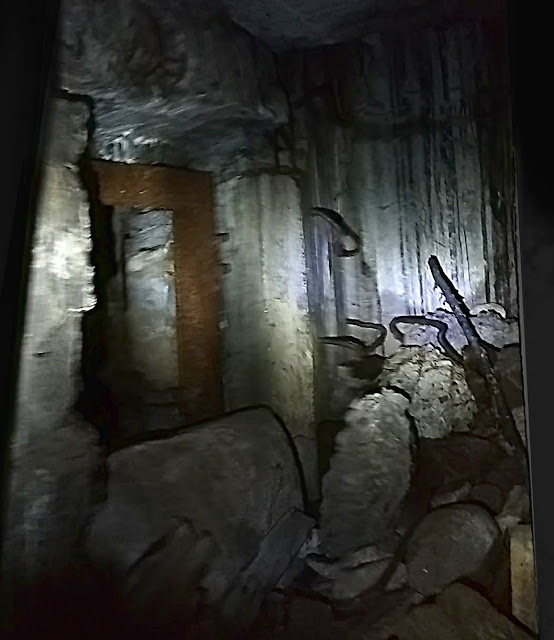 I've been resting my feet last couple of days, after some treatment by doctors. But today I felt the urge for at least a small visit, somewhere. Maybe an abandoned bunker from the Russian occupation times?

The expected position of the bunker was only 500 meters from the parking lot, but I also had to drive, and I'm not sure if my feet likes the pedal pressing and everything else that goes along with starting to move around. But they seem to be OK... mostly. Lets see. Definitely better than last week, and much better than a month ago. Hurting a bit after the day's walks though.

The bunker was not easy to find though. There's a few depressions where the trenches have been, but I walked by the bunker without noticing when coming to the area. After a more careful search, I found an area with a half-buried entrance door in a pit, and several well-type holes in the ground. The whole area looked like the bunker would be no more.

But to my surprise you can actually enter through the door, walk down a couple of meters, and most of the underground part of the bunker is still there. There's the sloped entrance tunnel, an almost intact small room to the left, a corridor to the right with a blocked exit towards the roof, and a big mostly collapsed room. But you could probably crawl from the collapsed room to the one of the "wells" -- probably a gun mountain point. 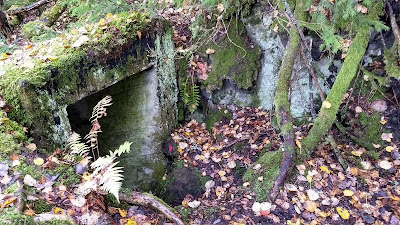 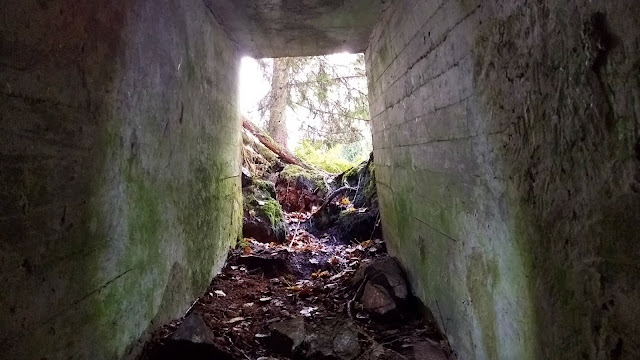 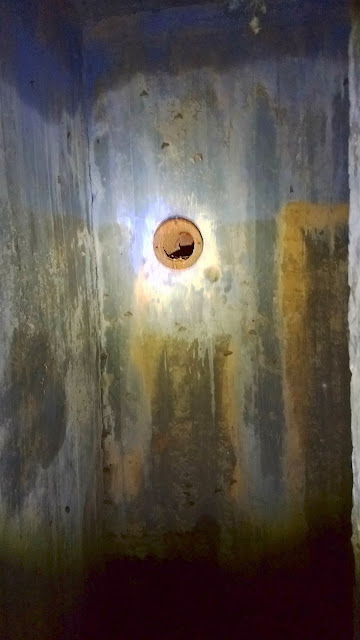 The collapsed room and the well entrance to it: 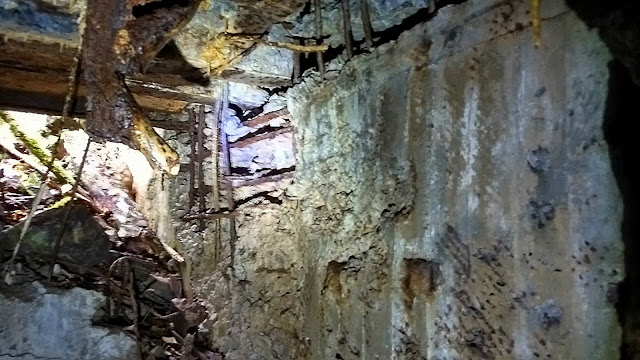 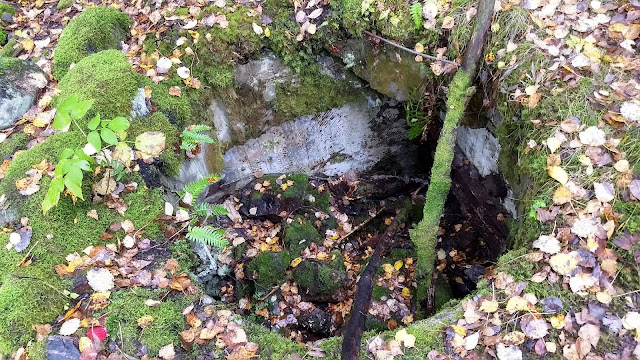 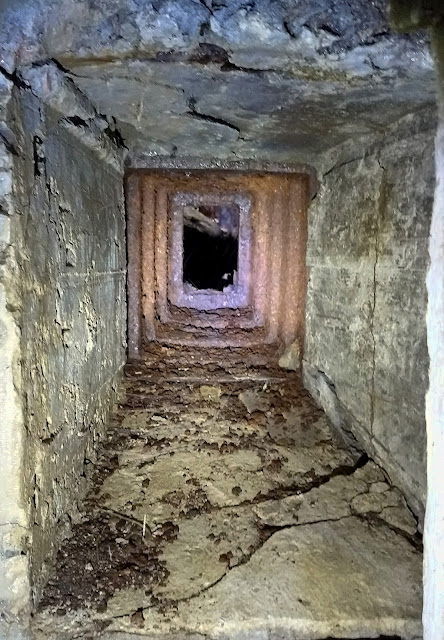 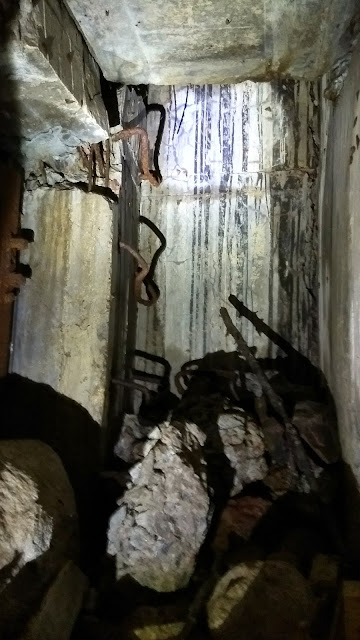 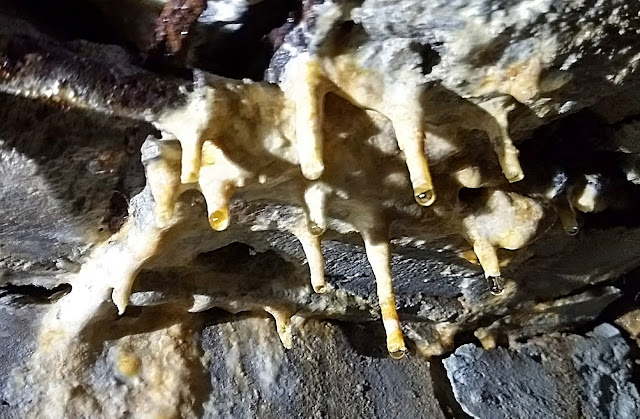 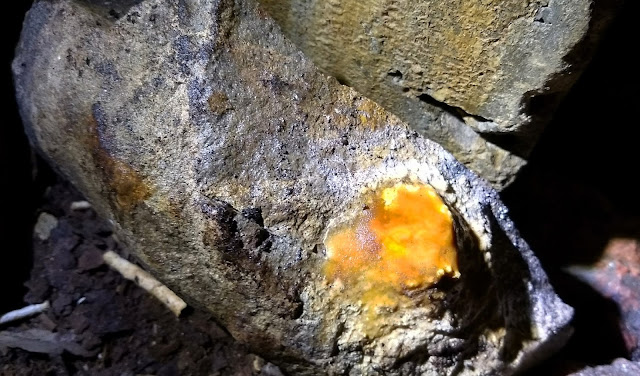 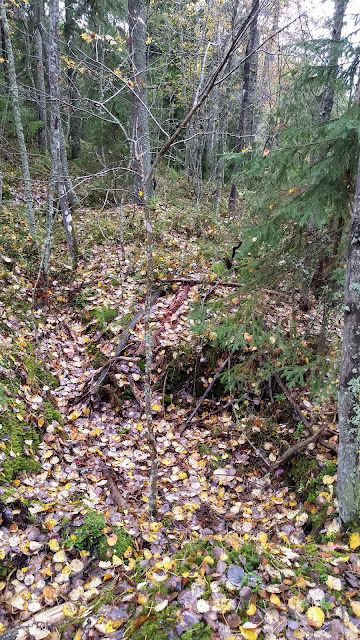 View to the sea: 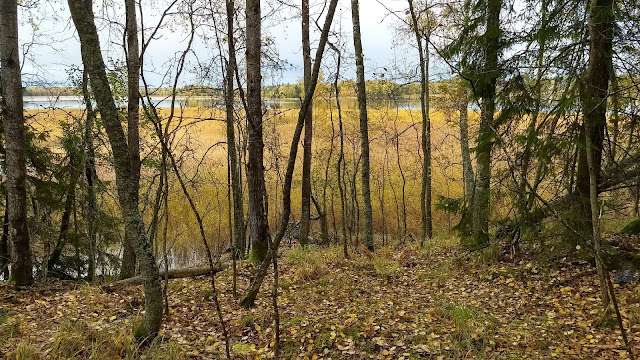