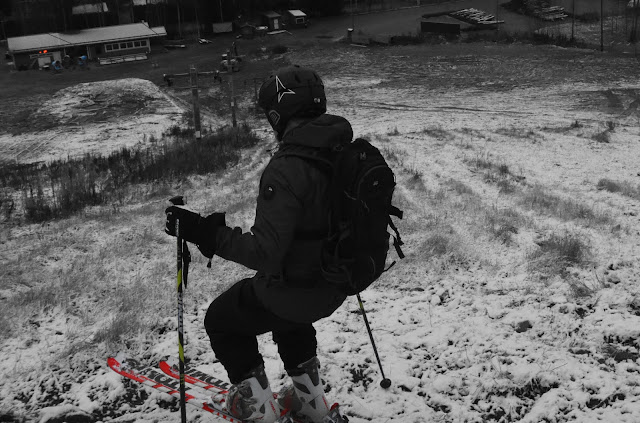 Sunday morning and the first snow! Well, a bit of white here and there. But a time to open the season in my local hill in Grani!

The rest of the hill was maybe more dirt and mud than snow. But my skis were sliding well.

I also happened to have a memory card failure on my GoPro, so the video is short. Not all of the material I had could be rescued. 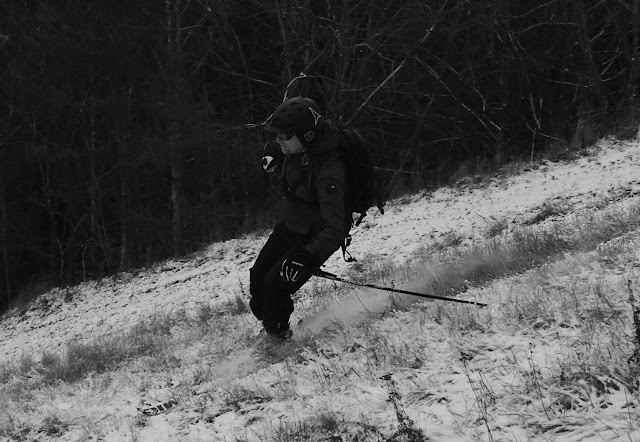 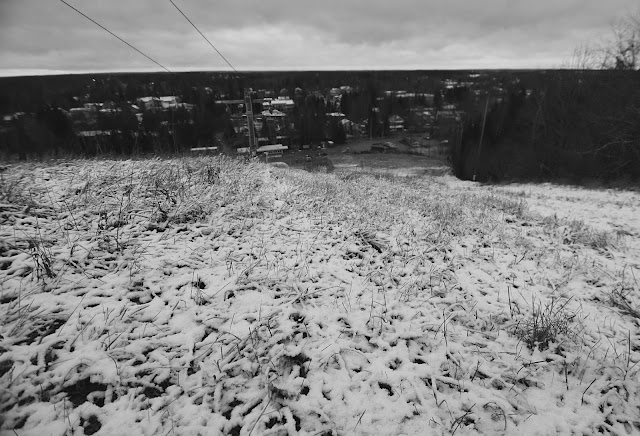 Photos and videos (c) 2015 by Janne Arkko and Jari Arkko. This blog is also available at the TGR site, and at Relaa (in Finnish).
Posted by jariarkko at 7:23 AM 2 comments: 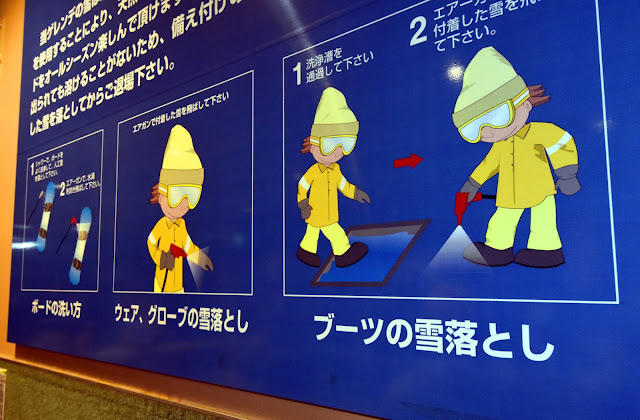 It was Jim who brought up an indoor ski hill. Japan is the indoor ski capital of the world, but it had not occurred to me that I might go skiing. And it had not even occurred to me that I would have an evening off on my last day in Japan. How far have I slipped from my native self, to not even think about skiing? To not think about what to do on free time? My brain must have fried.

But it turned out that skiing was closer than I had imagined. A twenty minute taxi ride took me to SNOVA新横浜 (Snova Shin-Yokohama), Yokohama's tiny indoor ski hill. A local ski hill that may not have seen foreigners before, or at least the staff was surprised to see me. I didn't speak a word of Japanese, they didn't speak a word of English. With a boarder girl as a translator, the staff finally understood that I was here to ski. (What else would I do at an indoor ski hill?)

Snova Shin Yokohama is small, smaller than almost anything that I had seen before. But it still had snow. And ice. I wasn't sure if I had neglected skiing for too long, as the skiing was difficult. It seemed like the breaking area was far too small, and as if I had no control on the descent. But the slope was very icy, and my skis undoubtedly unsharp and too soft for my weight. After skiing this small hill for two hours, the situation seemed to improve, particularly after the tiny snow cat refreshed the slope.

Snova Shin Yokohama has a slope, shared with some big jumps, and a half pipe. I got to ski the half pipe during slope maintance, and once again felt like I need more practice. Funny that I should be in trouble at ski hill boasting ten meter vertical difference and a magic carpet lift :-)

The other funny thing was the Japanese attention to detail and cleanliness. As you exit from the ski area, you are asked to first wash your board or skis with water, then dry them and your boots and gloves with hot air.

In the end, I had a very nice evening at the local ski hill. And some exercise, enough to start sweating in the cold.

There are a number of other indoor ski slopes in Japan, but this one was closest to where I was working at in Yokohama. The world's largest indoor ski hall, SSAWS, was in Japan as well, but it was dismantled and replaced by an IKEA store. What a fate! 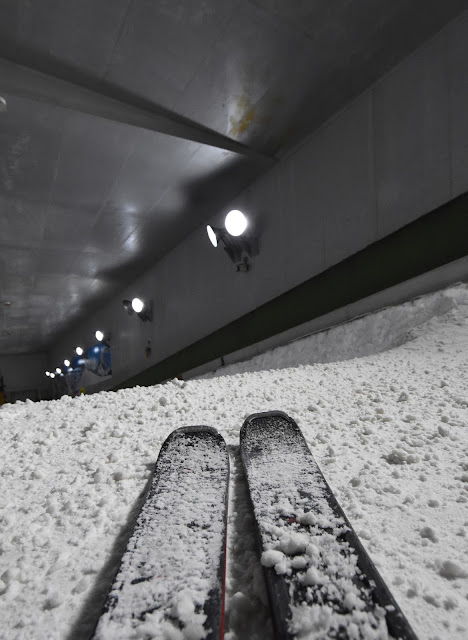 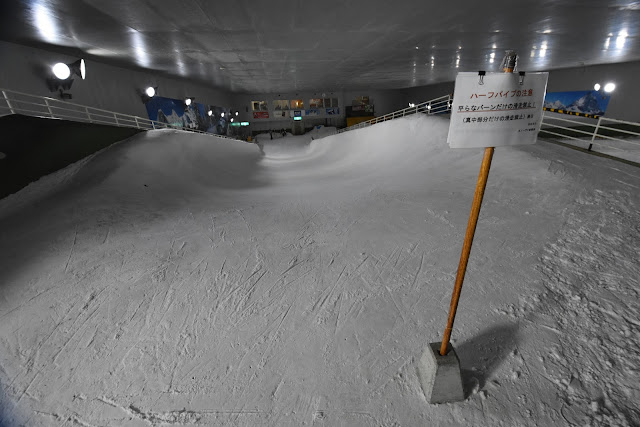 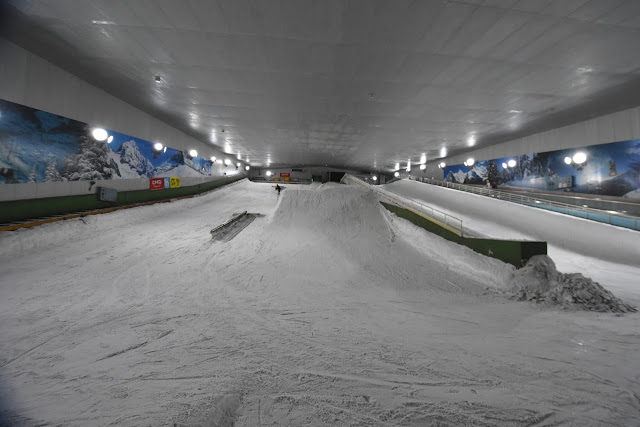 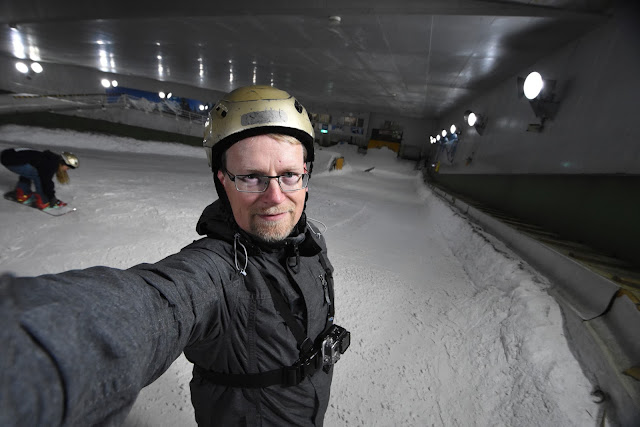 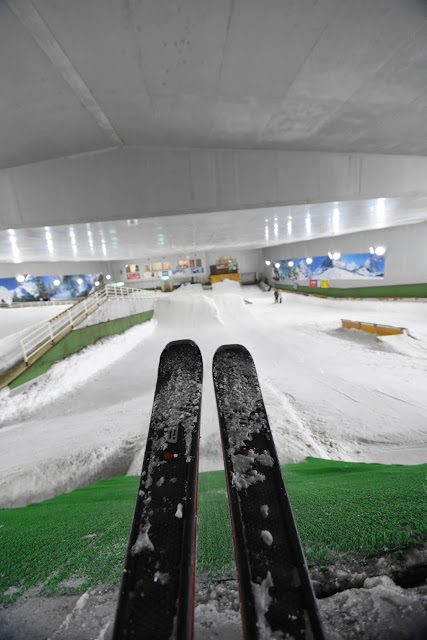 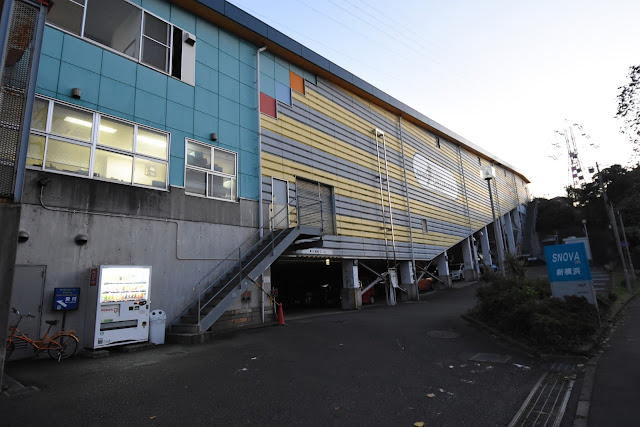 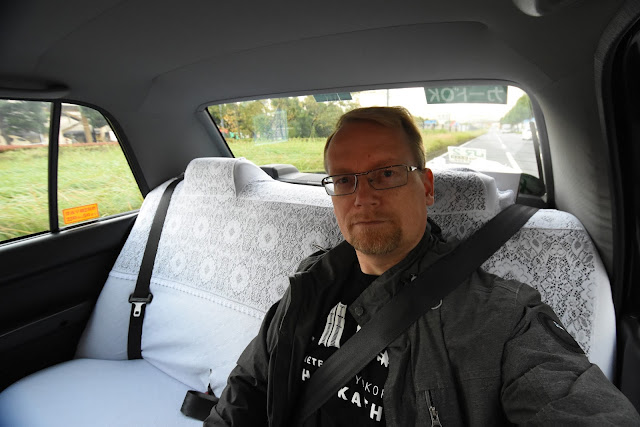 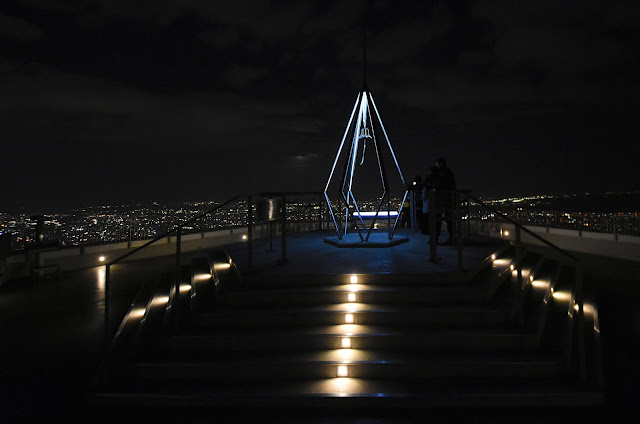 What's the point of working so hard that you cannot do the things you love? I feel like I'm far too busy. To add insult to the injury, this week I'm visiting one of the greatest ski destinations in the world, Sapporo, but there isn't yet any snow, and even if there were, I would not have time to go to the mountains.

I did, of course, explore a bit. But in the night.

What I found was the Mt. Moiwa ski area, on top of a popular sightseeing mountain almost in the centre of Sapporo. Two days ago they had a dusting of snow, but no longer. Armed with miniskis and headlamp, I found the ski lifts and the slopes, and even skied for a few meters. But not on snow, on what seemed like a half-abandoned hay field on an incline. Scattered with the remains of recently cut bushes. There's nothing that makes you dislike falling as much foot long sharp wooden sticks sticking out of the ground.

How about some real skiing and real time off soon? Anybody? Hello...? 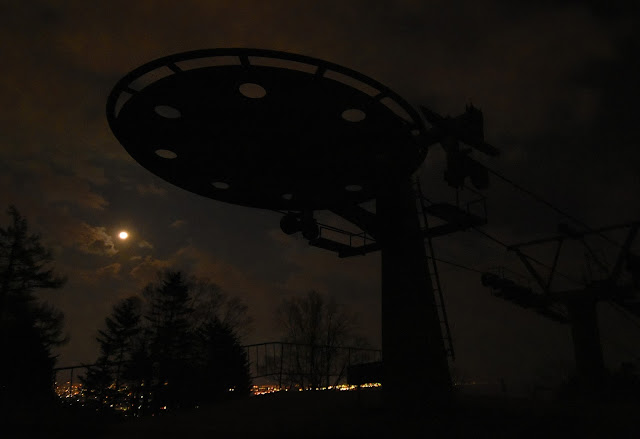 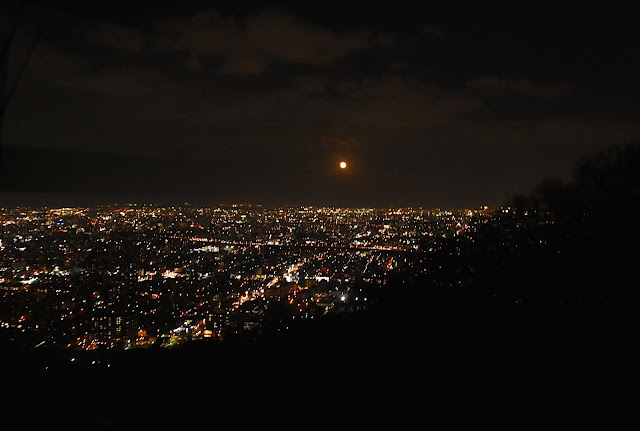 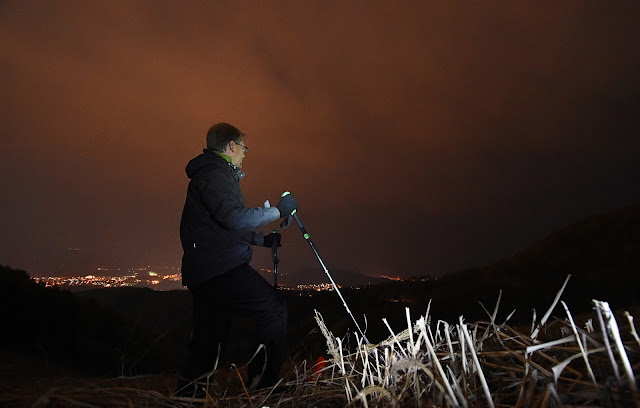 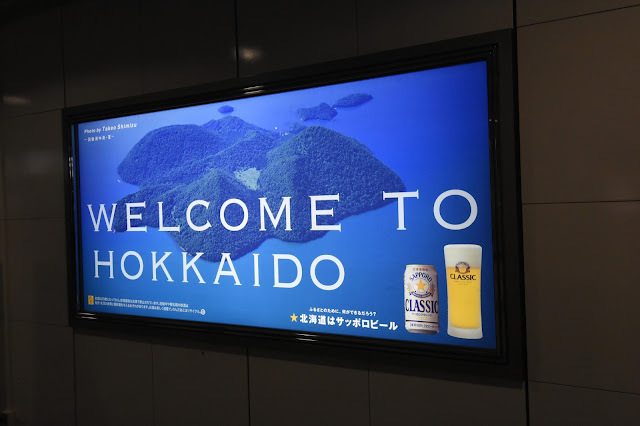 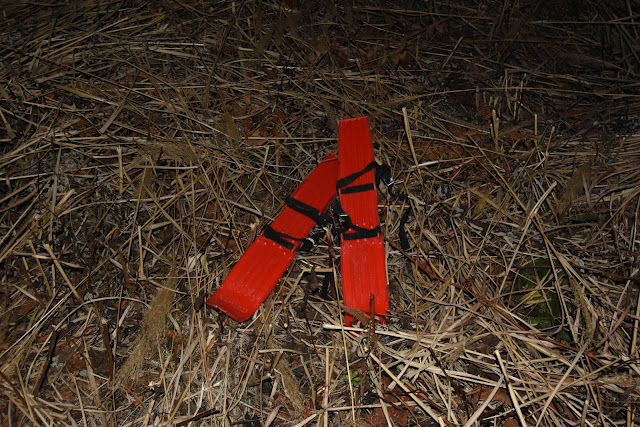 Pictures and videos (c) 2015 by Jari Arkko. This blog also available on the TGR site. Tämä blogi löytyy myös suomeksi.
Posted by jariarkko at 8:12 AM No comments: