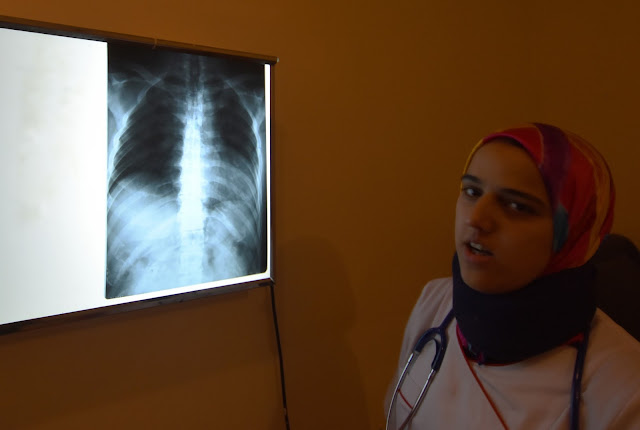 I had an accident on a horse, skiing an ancient volcano in Africa. As people do. Broken ribs and a horseshoe-shaped bruise on my side. But I did manage to ski the remaining ski areas in Morocco. And ski down with the broken ribs.

But back to the beginning. I was in Morocco for a meeting (incidentally, we managed to change how the Internet is administered). After six days of difficult meetings, I was about to leave for the next meeting but had a day or two free first. I wanted to ski the other places than Oukaïmeden that I had skied my previous visit to Morocco. There are a few other ski areas listed in Morocco, but only two appear to actually exist today: Michlifen and Jbel Habri, both near the town of Ifrane in northern Morocco. This area is often called the Switzerland of Morocco.

After a gruelling day-long taxi drive to the Middle Atlas mountain range, I settled in the Michlifen Ifrane Suites and Spa, a hotel that indeed does bring Swiss luxury to mind. The two ski areas are just outside the town.

The first ski area I visited was Michlifen. The entire area is covered by Moroccan tourists and kids who play in snow. The kids love it, I cannot imagine that they see snow too often! The highest mountain forms the actual ski area. There's one lift, and it is no longer operating this season, although I would have thought there was enough snow. I climb up and ski down in mostly untouched hard snow. At the bottom there are again tons of people photographing themselves in the snow, playing with sledges, etc. This is a nice, sunny area. I wonder what it feels like in the coldest part of the year. And if the lift really is ever running.

Next up was Jbel Habri, some 10 kilometres further. This volcanic cone sits on otherwise fairly flat land, and I cannot see any signs of a ski lift. My plan was to walk up the 100 or so meters, but as I start my way up, a guy appears in front of me with a horse, suggesting that he can take me up. Plenty of people ride the horse, so I figure it would be fun.

On the way up the horse stops a couple of times, with the owner trying to pull it forward with a rope. I didn't think much of it, but the next time it doesn't just stop, it objects wildly, rears, starts jumping and runs away. I tried to hold on, but couldn't. It might have been better to be just thrown out, but I ended up having one of my boots stuck, dragged along by the horse. Once I got free, I slid down the slope.

Everything happened too fast for me to remember the details. Fortunately I didn't hit my head. But I was clearly hurt in chest and back. And breathless for some time. Did I fall on top of my camera? Or did the horse kick me? Don't know, but my ribs are broken where there's a horseshoe-shaped big and painful bruise.

After collecting myself and picking up various pieces, like my camera buried in mud, I skied down. It didn't feel right, but was probably the easiest way to get down. And allowed me to collect the skiing of this hill!

My driver took me to the local hospital, where I got X-rays done which showed that I was generally OK but had some broken ribs. The next day I flew to London, as I was supposed to continue my trip with a workshop in California. London also offered a convenient place for me to show the damage to western doctors. Curiously, you have to wait much longer for admission in a London clinic than in Africa. Fortunately or unfortunately, I was asked to stay put and not fly in this condition, so I didn't get to go to my interesting workshop.

Lessons from this? I'm very unhappy that I didn't get to go my super-interesting workshop. And I suppose it wasn't such a great idea to ride a horse without really knowing anything about it. And attempting to have an adventure every weekend... just based on the pure odds, I have to be more careful to not hurt myself.

But mostly, I should learn to keep my GoPro on, for once again I have an accident that didn't get on the video. Darn. 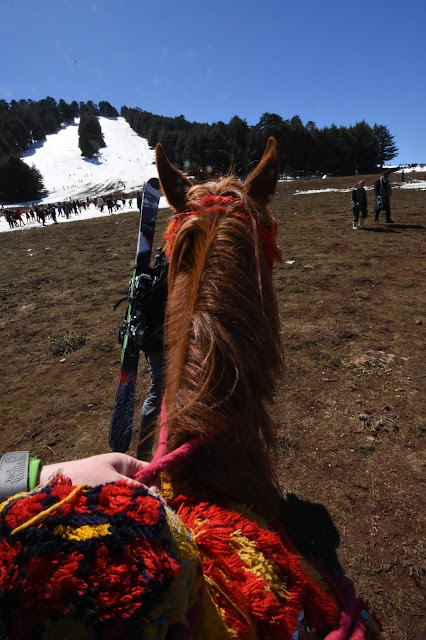 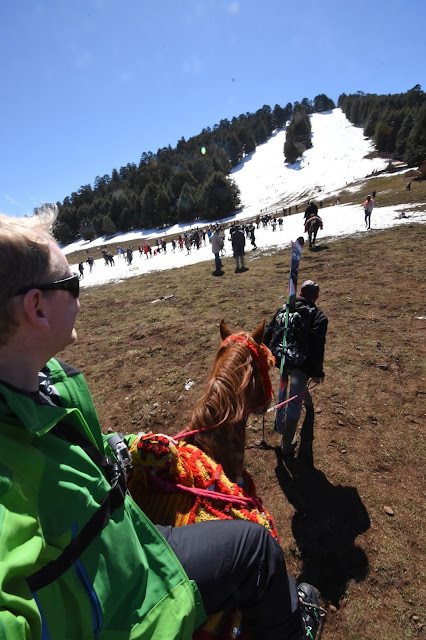 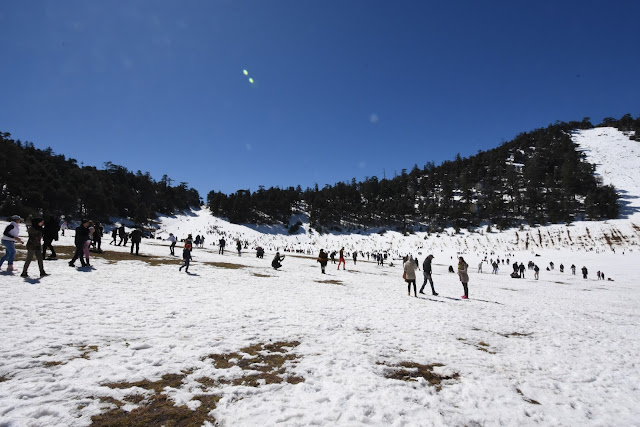 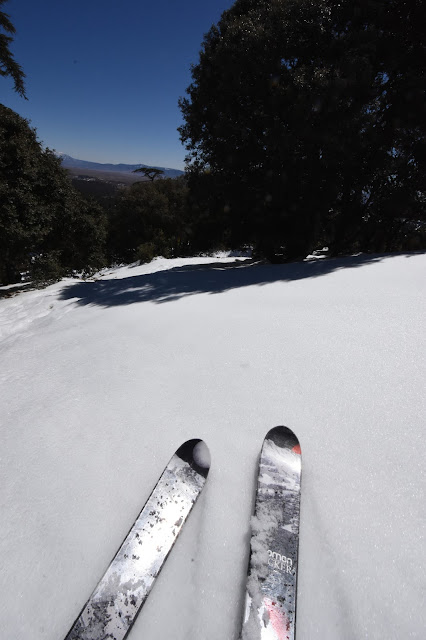 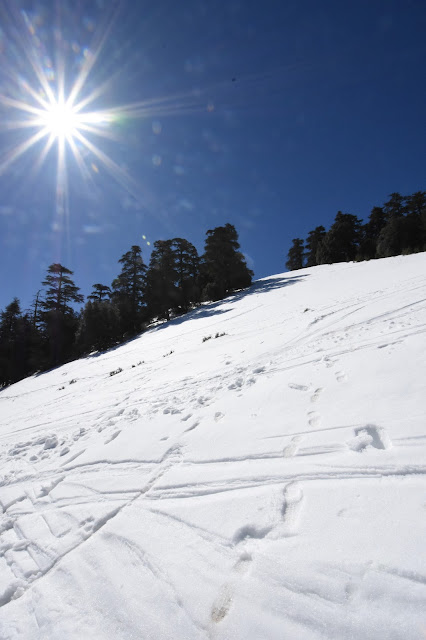 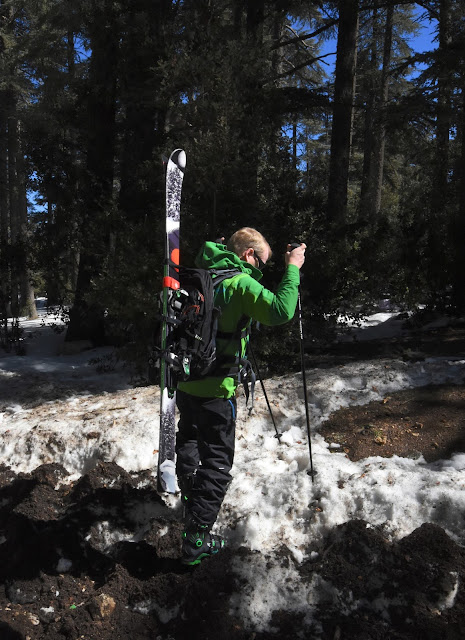 Here were by the way my accommodations in Medina, the old town of Marrakesh during my meetings. The old town looks scary, and the traversing the dark corridors at night is unnerving. But inside the Riads it can still be luxurious. 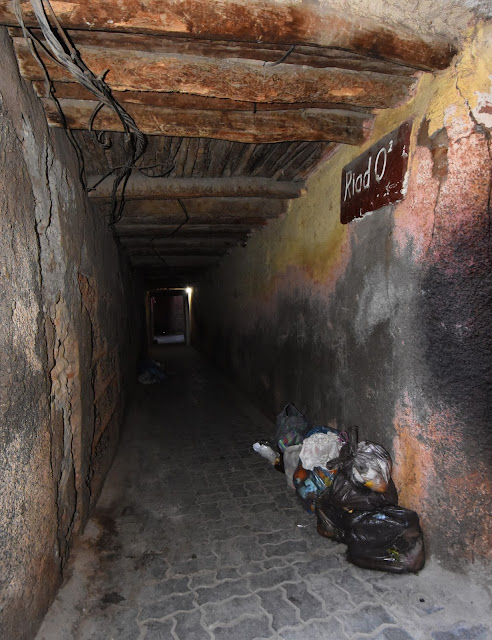 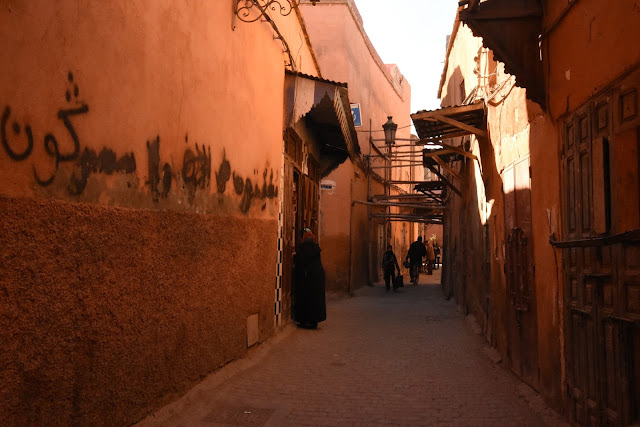 Photos and videos (c) 2016 by Jari Arkko. This blog is also available on the TGR site. Tämä blogi löytyy myös suomeksi Relaasta.
Posted by jariarkko at 2:04 AM 1 comment:

Taking the Nysse to the Slopes 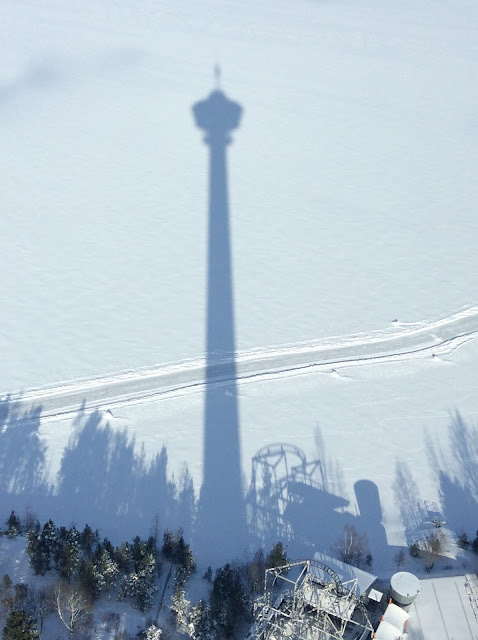 Tampere.  A great destination for the winter vacation.  But can you take the city bus to the slopes? Yes you can.

There are two ski areas, but also skating on the Näsijärvi lake, and even some caves along the road back home to south. But back to the skiing. Nysse, local slang for the bus, takes you to Mustavuori (black mountain) ski areas on routes 17 or 29, and to Hervanta on routes 13, 23, or 30. "Nysse" stands for "Nys se tulee" and has become to mean the bus, instead of the act of coming ("now it is coming") that it literally stands for.

Both ski areas are local small hills, but clearly with good vibes with many kids playing around, big air jumps, and small cafeterias. And even a grill in both places, with sausages available for sale from the cafeteria! Very nice.

On Näsijärvi you can skate along a snow-plowed path and rent the skates from the Bikini Bar on the lake shore. Although bikinis are furthest away from your mind when visiting their snow covered hut. The route is very nice, along shore next to the Näsinneula observation tower, and then onwards to the small lighthouse in a rocky outcrop, Siilinkari, in the middle of the lake. I always wanted to visit Siilinkari, and now it was possible!

And then to the caving: I visited the Hirvi-Simuna cave in Lempäälä. This is a set of broken-up large boulders, with some space left under the stones. Hirvi-Simuna was a local hunter in the 1800s and lived in the cave. The main rooms in the cave are relatively big for being under a boulder. But the most interesting part was a crack between two rocks, a very tight squeeze to go see. You can turn around in the middle, and going all the way in didn't feel right, not head first at least. I also wanted to come back from the cave. Anyway, a good cave to visit, and will certainly will give a day's worth of claustrophobia! 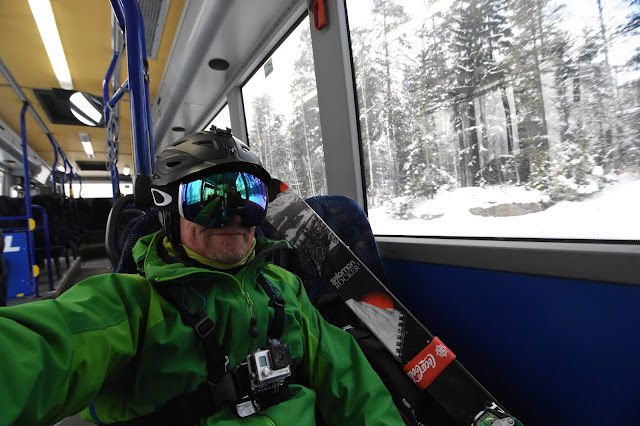 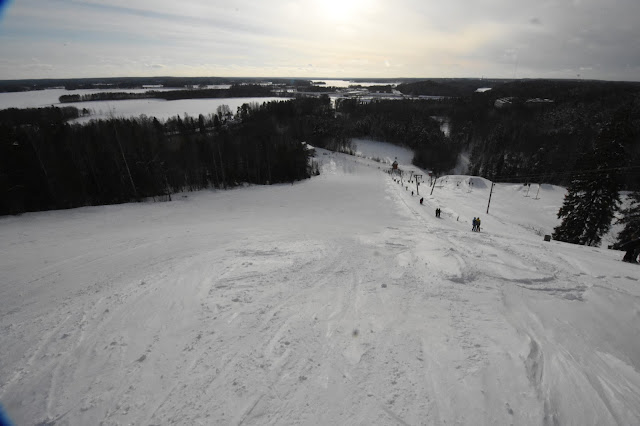 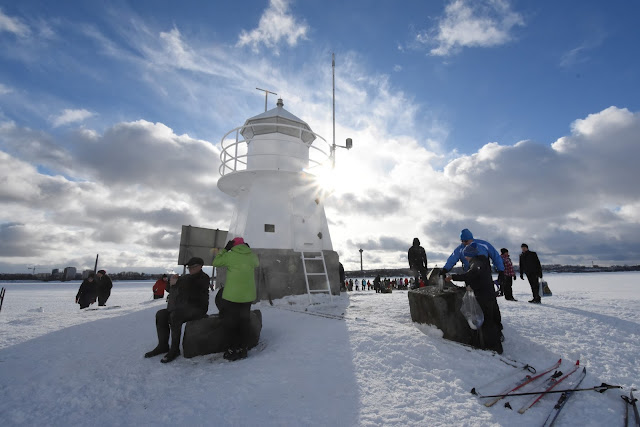 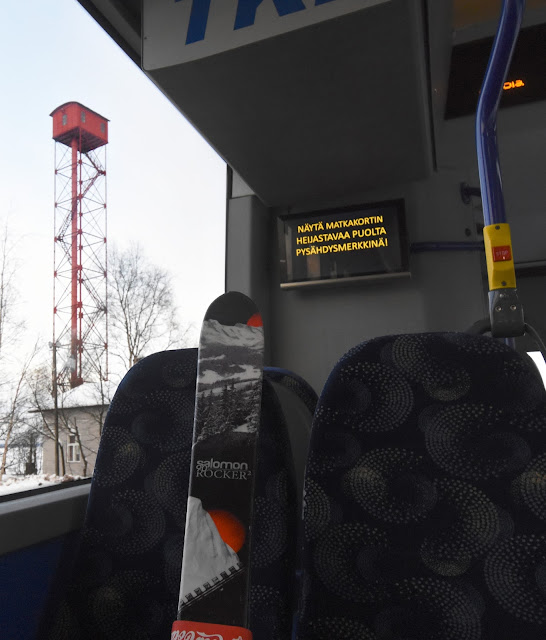 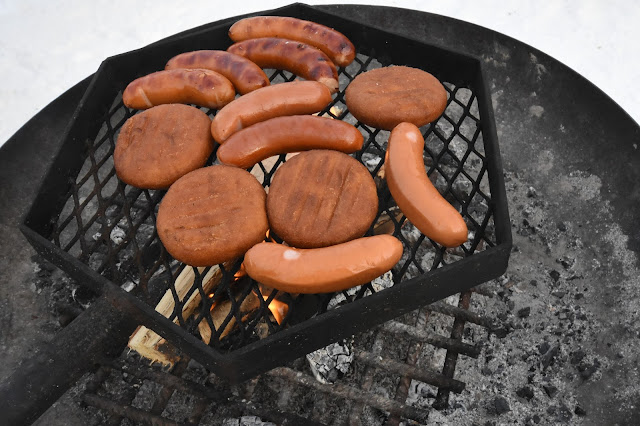 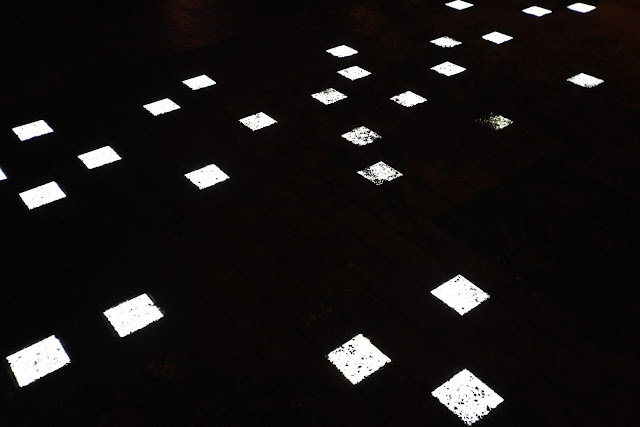 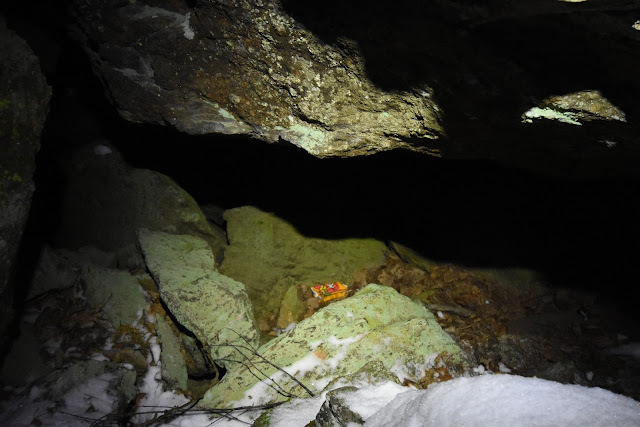 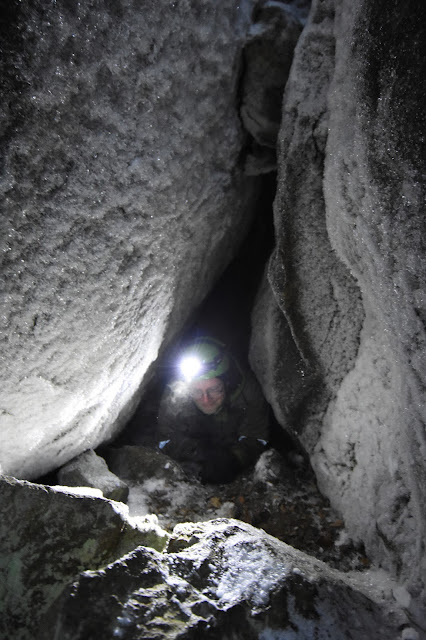 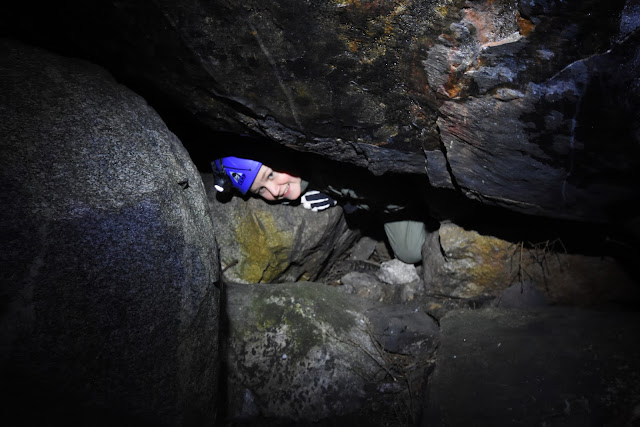 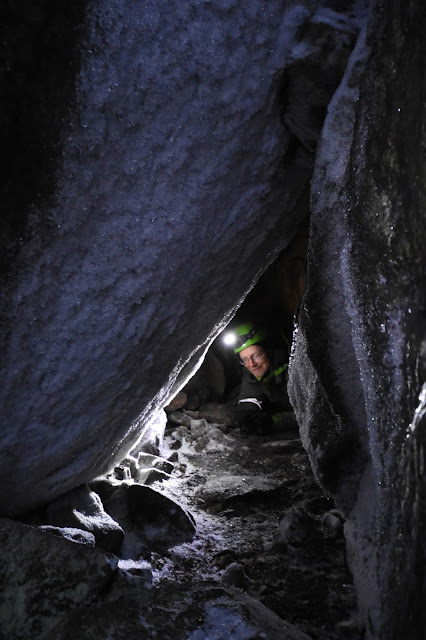 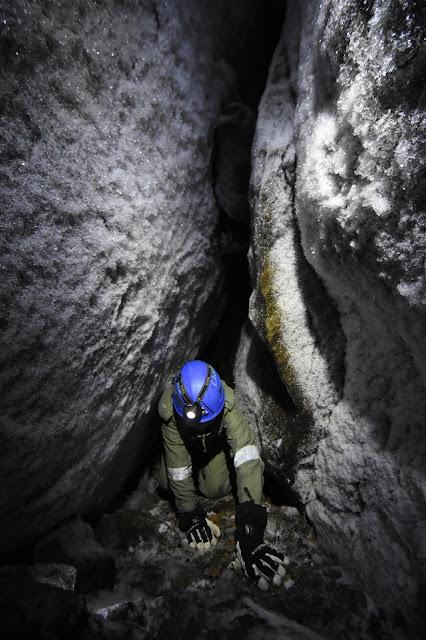 Photos and videos (c) 2016 by Jari Arkko and Janne Arkko. This blog is also available from the TGR site. Tämä blogi löytyy myös suomeksi.
Posted by jariarkko at 4:14 PM No comments: