Map of the Majvik Roof Cave 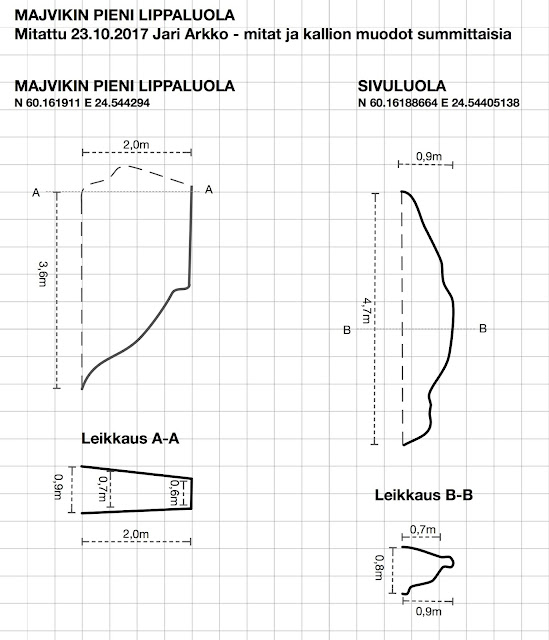 I managed to stop at the small roof cave in Majvik when going to the office the other day. And took measurements. So here's a map!

The high-res version of the map is available both as PDF and JPG, as well as original Apple Graphic file.

There's one main roof cave, roughly 3.6 meters by 2.0 meters. And then there's a side cave, 4.7 meters long, but not very deep, just 0.9 meters at the deepest point. Debatable whether this can be called a cave. But since I was there anyway, wanted to document what's out there.

Both caves are about halfway up on a cliff. The main cave is easier to get to, there's a broad (but jungle-filled) ledge. The side cave traverse is... treacherous. Be careful out there.

"Jungle" on the way to the main cave: 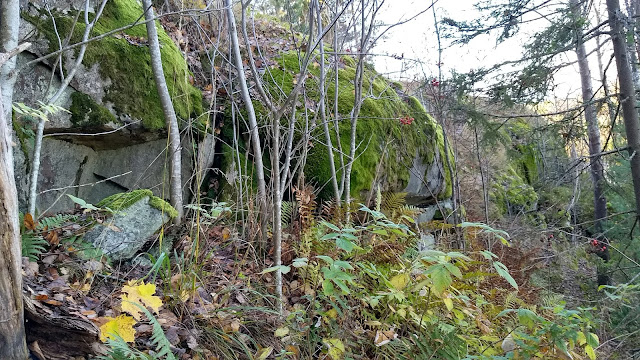 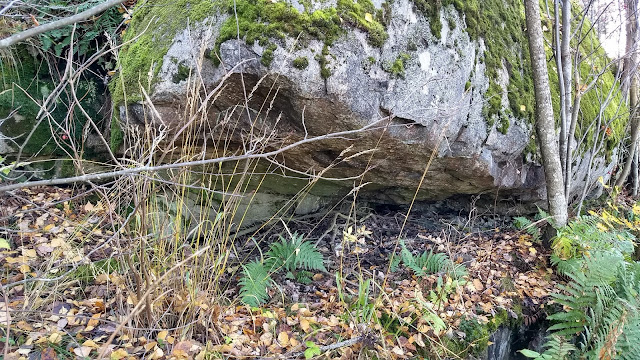 Small stones at the low end of the main roof cave, possible clues on how this cave was formed? 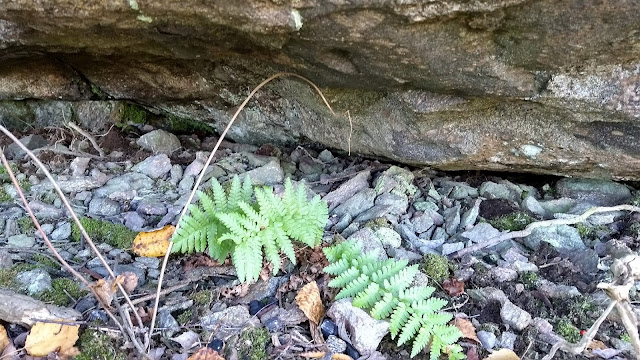 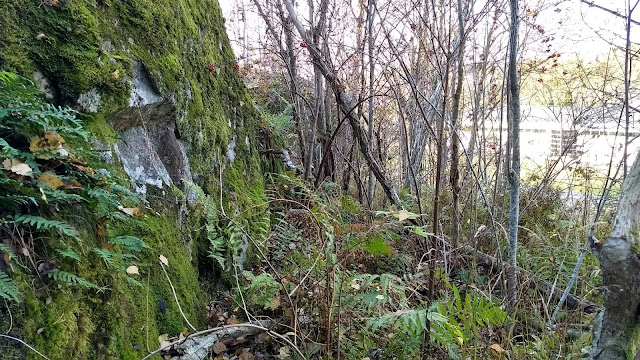 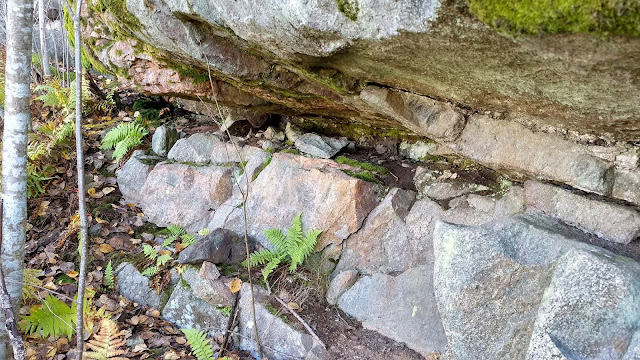