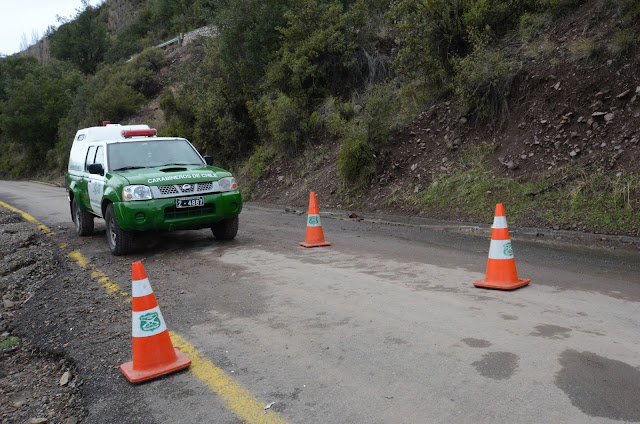 No Abierto. The police has blocked the road. For a moment, we accepted our fate and considered having lunch. Or going riding in the nearby ranches. But we quickly recovered, and started searching for a shortcut that would allow us to bypass the police.

We eventually found a steep backroad, barely drivable, but one that delivered us on the closed ski area road above the police. Onwards to the ski area! Funnily enough, the ski area itself was not closed, and further up on the road we even found a guy working on installing chains. To this day, we don't know why the police was blocking the road. A temporary closure? We were going up too late in the early afternoon, after our long drive from our previous hotel? Language problems?

In any case, we found ourselves at the nice Lagunillas ski area. A club ski area, not one of those commercial developments around Santiago. There was scant information about Lagunillas in the Internet, except for the page about the Refugio and ski area listing at Chileanski.com. We were not sure if it still existed, if there were actual ski lifts, or if it was open on a weekday. But it is a real ski area. And open. And later the official page for the ski area also started to work.

There were maybe 30 other skiers, and heavy snowfall had closed big parts of the ski area. But two lifts were open, and allowed us to ski fresh untouched snow on the sides. By now it was late, however, and we did not have too long to ski.

Once the lifts closed we visited the small cafe at the bottom, and got very friendly service.

And, as we often did on this trip, upon leaving the place I decided to ski down the road as far as I could. I loaned Tero's Bluetooth radio helmet to test how far we could communicate in open space. Bluetooth cannot take even a small obstacle, but when there is line of sight, the range was surprisingly good - several hundred meters, perhaps even half a kilometer.

And the radios proved useful as we run into trouble. First, someone with a fancy sportscar had decided to drive down from the ski area with a foot of snow on the road. No chains. And the windshield was mostly covered in snow. Our shovels turned out to be useful in digging the car up from the side ditch, and the car was able to continue.

The second issue was that I wanted to ski as far down as possible, but eventually I ran out of snow on a long slope between the switchbacks. There was a small snow cover, but it covered a rocky field, and my skis were making even worse sounds than usual. I had to take off the skis and walk the rest.

In any case, I found Lagunillas more interesting than the famous Santiago ski areas such Valle Nevado, and it still a short drive from Santiago, near the tiny but picturesque town of San José de Maipo. Much recommended! 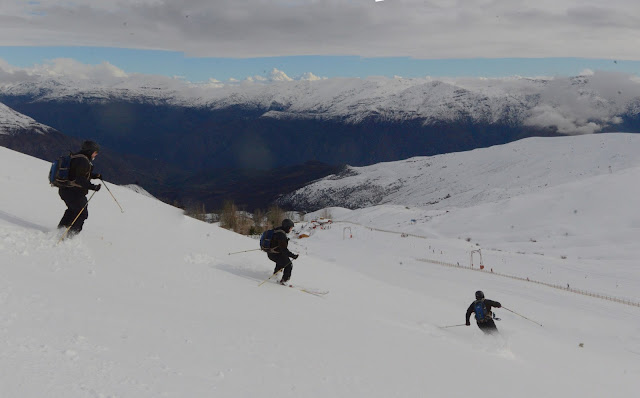 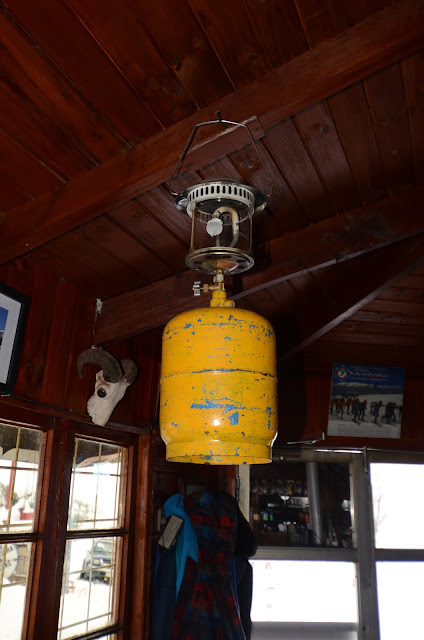 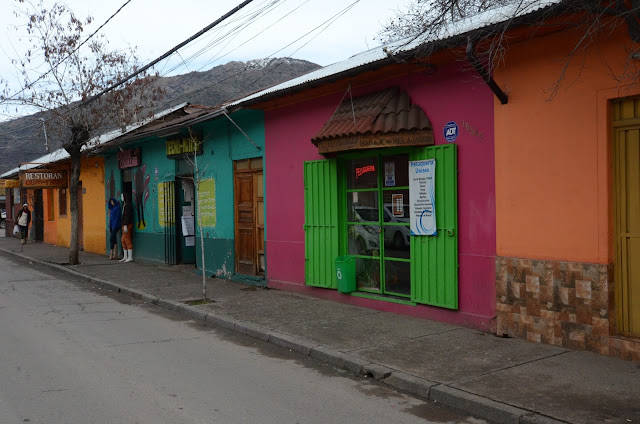 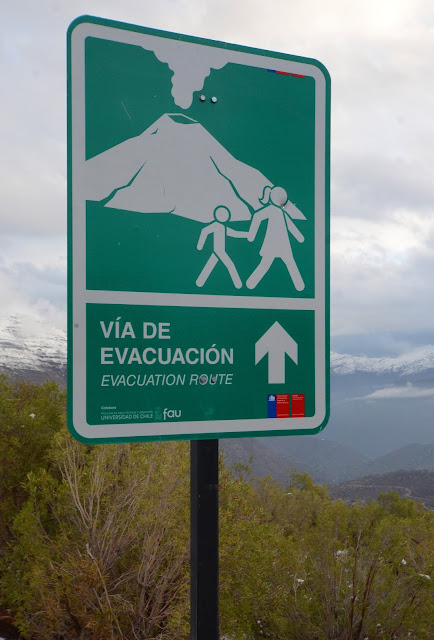 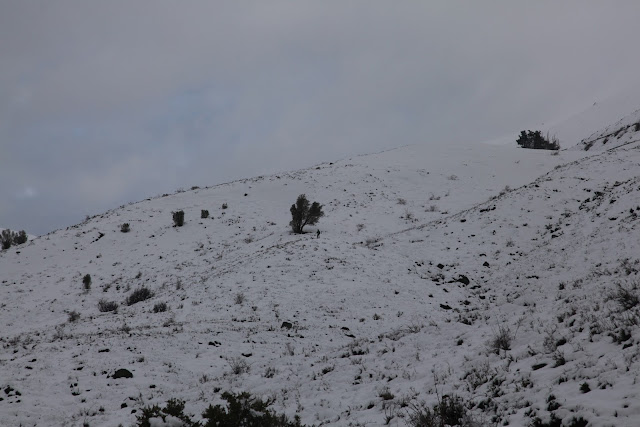 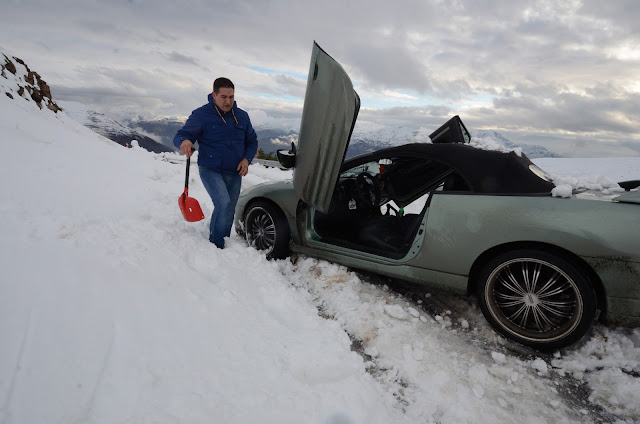 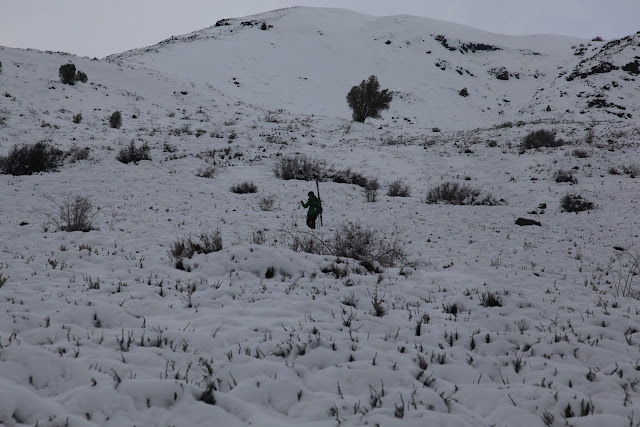 Photos and videos (c) 2015 by Jari Arkko and Tero Kivinen. Another version of this article exists on the TGR site. Tämä blogi löytyy myös suomenkielisenä.

Posted by jariarkko at 9:17 PM No comments: