24 hours is on again 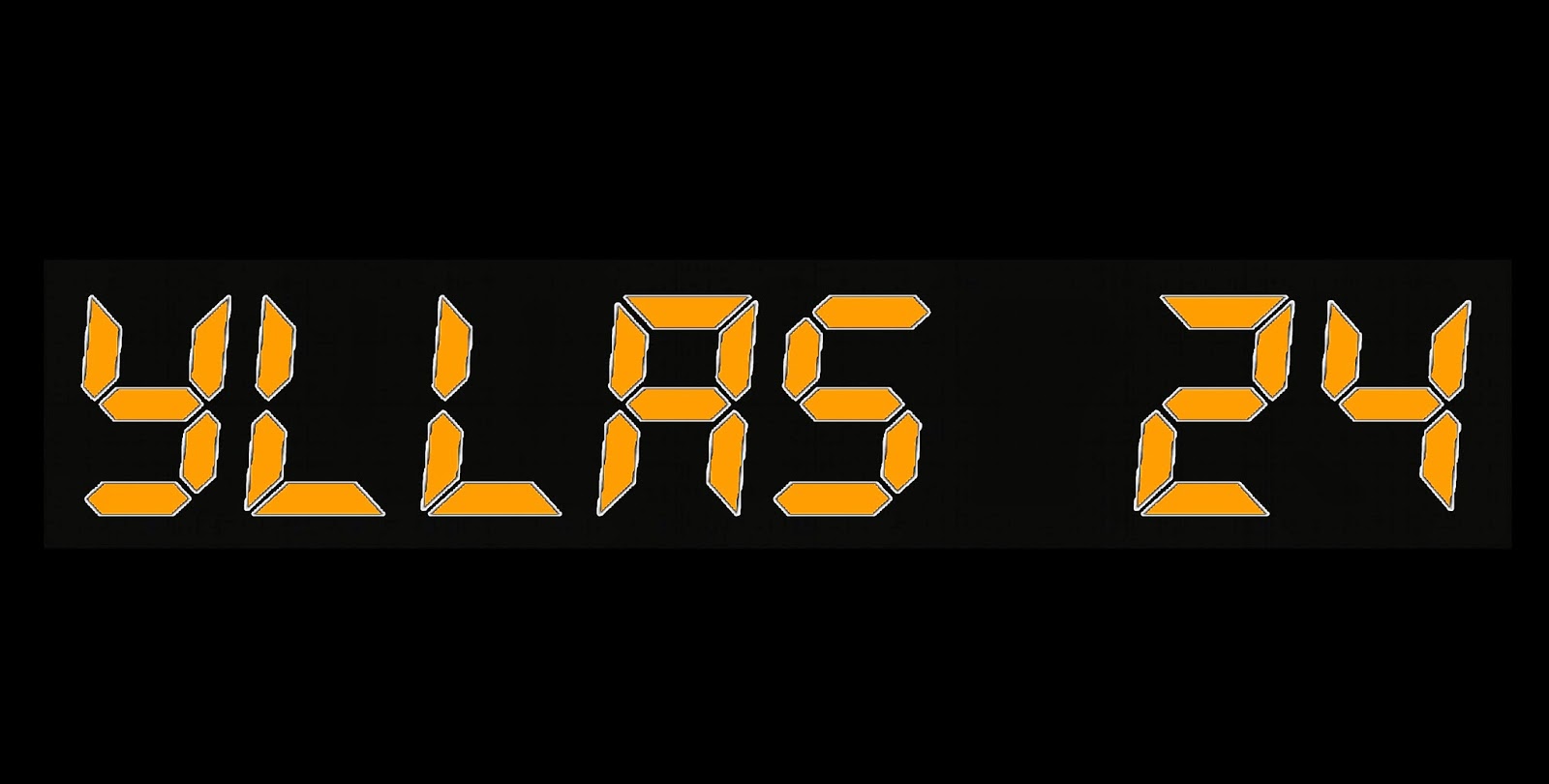 The Ylläs 24 hour ski competition is on again in 2015. I was thinking of going, anyone else? Last year we did almost 50 km of vertical. The idea is that the gondola lift runs for 24 hours, and you can ski as much as you can during that time.

Any sleep, not running the few meters to or from the gondola, or taking bathroom breaks will immediately mean that you lose the competition. Still interested? It is a fun competition, but you better be rested!

I am now going for the second time, so I know the drill better. One thing that I was surprised about last year was the rules. I had understood that there'll be no downhill skiing during the competition, as the ski area is open for everybody. Turns out that in practice you have to make at least three turns on each run, and that's not much for the 430 meter (1300 ft) altitude difference! Also, the slopes turn a couple of times in any case.

In other words, the competitors were going really fast. As fast as you can, straight down. I was most scared last year in the early hours of the night, when we were skiing the steepest world cup slope, and the fog and rain moved in. With a visibility down to about 10 meters, I slowed down, but the leaders did not. Amazing skiing, full speed ahead into to the fog.

This year I also will rest better on the night before the competition. Last year I went on a tour in the local bars and slept only five hours. There's clearly room for improvement :-)

After the competition, I was so tired that I went to bed before my evening flights home. Three hours later I woke up to a phone call from the airport. The checkin agent was asking if I will be on the flight, everybody else is already in the place. Nice of Finnair to call me! But I had missed the wake-up alarms, and I was almost an hour away from the airport, so no, I did not make it to my plane. I took a flight the next day, and also had to call the office to say that I will not be there on Monday. 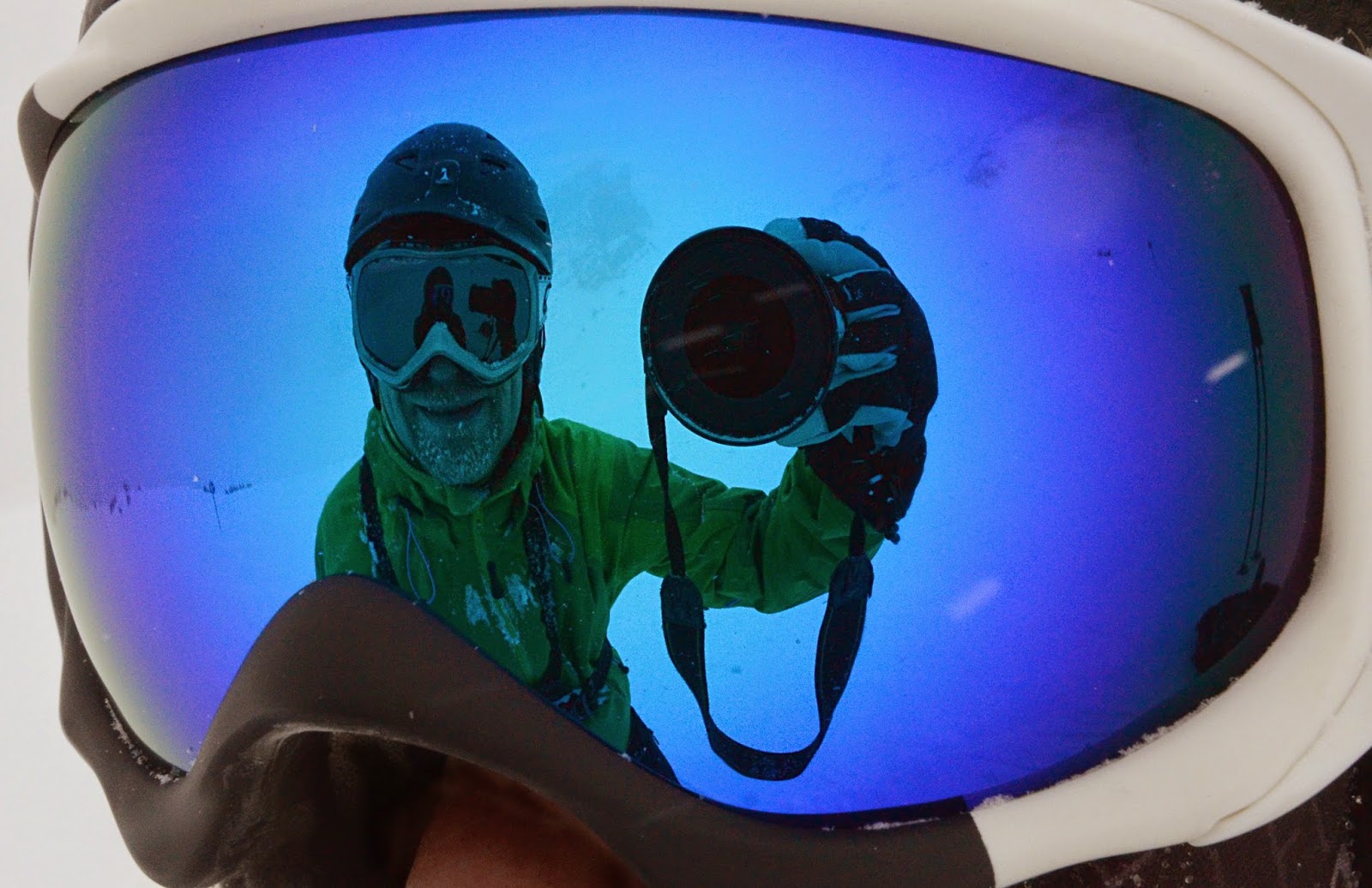 My kids follow me on some of my trips. Not only to enjoy the great skiing, but also to learn about culture. For instance, where else would my sons learn about der Sauna, except by going to the Freizeitcentrum im Stubai, Austria?

And clearly, we had been doing it all wrong before. As der Sauna Inspektor pointed out, wir müssen have a towel under not just our butt, but also our feet. And the water bucket was quickly taken away from us, when we tried to throw water to the heater. And then there was the matter of mixed public saunas with mandatory nakedness... clearly, cultural education for all of us.

Although in all seriousness, the Freizeitcentrum was an excellent place. The saunas were hot, and the swimming pools were nice. Very nice. On the first evening I was floating in the warm outside pool, watching snow flakes land slowly. And admiring the silhouettes of the mountains around us. Bliss.

But there was even more bliss during the days in the mountains. I had been to Austria many times, but not skiing near Innsbruck before. I had always thought of the area as small, insignificant ski slopes. Not real mountains. For instance, as we toured the different slopes we found ourselves at the bottom of the slopes at Patschkofelkugelglömderglichtbahnen. (Or some name roughly like that, I've lost track of the consonants after the first five.) In any case, we were depressed, as the morning weather was bleak. Rainy, foggy. And the ski hill looked like a children's practice area.

But we went anyway. A few minutes later the chairlift had taken us through the clouds, and we were standing on top of a 1100 vertical meter ski run in bright sunshine. A ski run where they had held the olympics. Twice. Talk about false first impressions. While this particular ski hill was still smaller than the other ones that we visited, it stands in my mind as the nicest experience of our time in Innsbruck and Stubai valley. Partly because the hill was almost empty. But mostly because that one open ski run - the one with 1100 meters of vertical - was completely on solid, steep ice.

We kept taking the fast lift again and again, and speeding down on that run. It was good. First because of the sound that ski edges make on ice, and secondly, because skiing on ice is so different. With modern skis, you can pretty much do anything, take any turn at any point. The skis will sink into the snow and you can stop and turn as needed. But not on ice. You can still make turns and brake, but they will have a far more modest effect. It is like ... sliding on ice ... your balance and skiing technique becomes suddenly far more important. 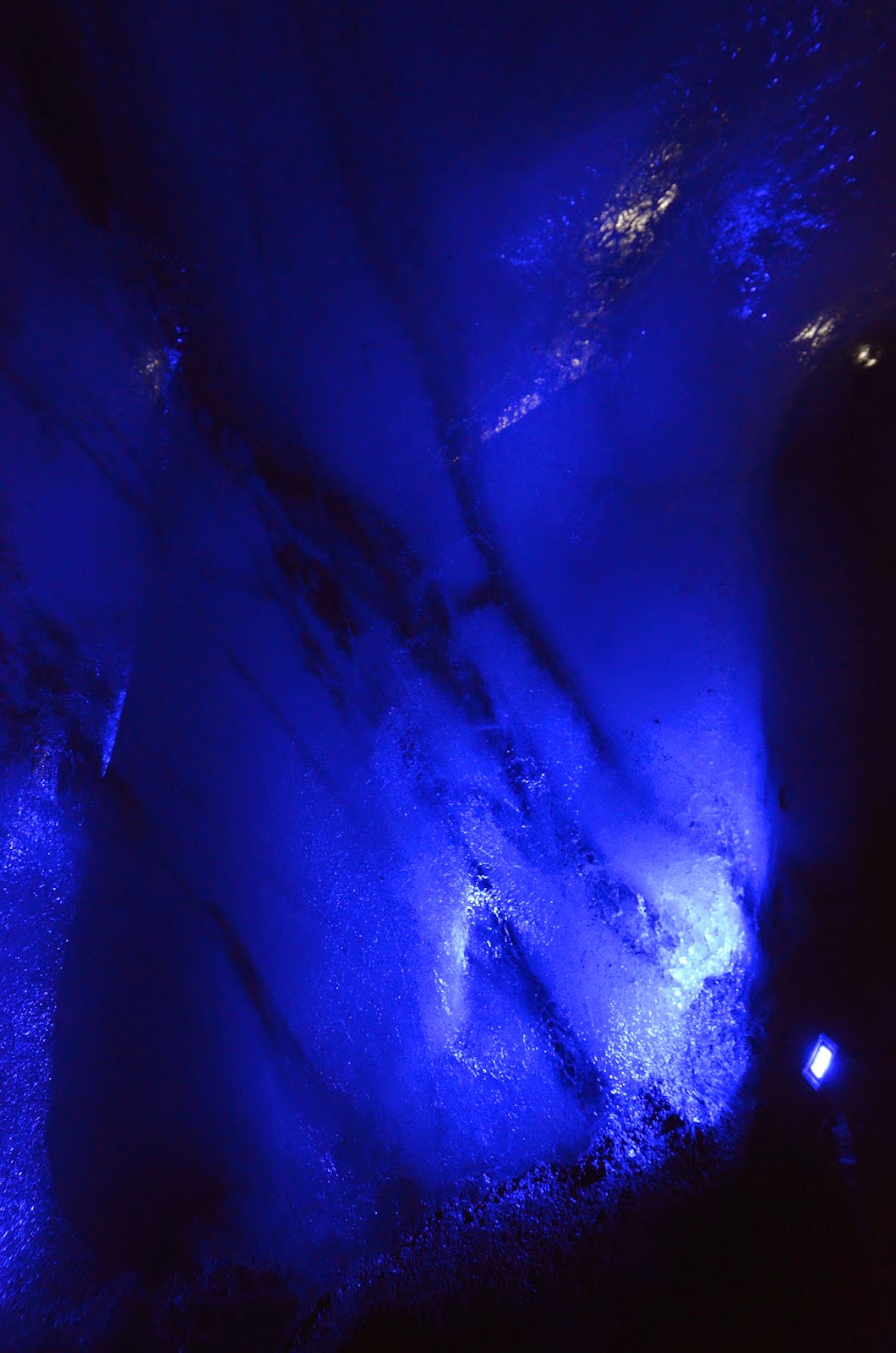 But we spent most of our time in the Stubaier Gletscher, a ski area high up on the glacier. The three days we spent here was not enough to explore everything, but I want to note two of the most interesting features:

Wilde Grub'n - a 10 km ski route. This route was the best way to return to the valley. And the only way at the early season time, other than with the lifts. But what a way! You can start your descent from 3210 meters and finish at 1750 meters in the Wilde Grub'n restaurant and afterski spot. On the way the route will provide untracked snow after a snowfall, and has some nice steep sections.

Eisgrotte - an ice cave near the top station of the Eisgrat cabin lift. I had never been under ice, and the solid, see-through deep inside the glacier was a big experience. 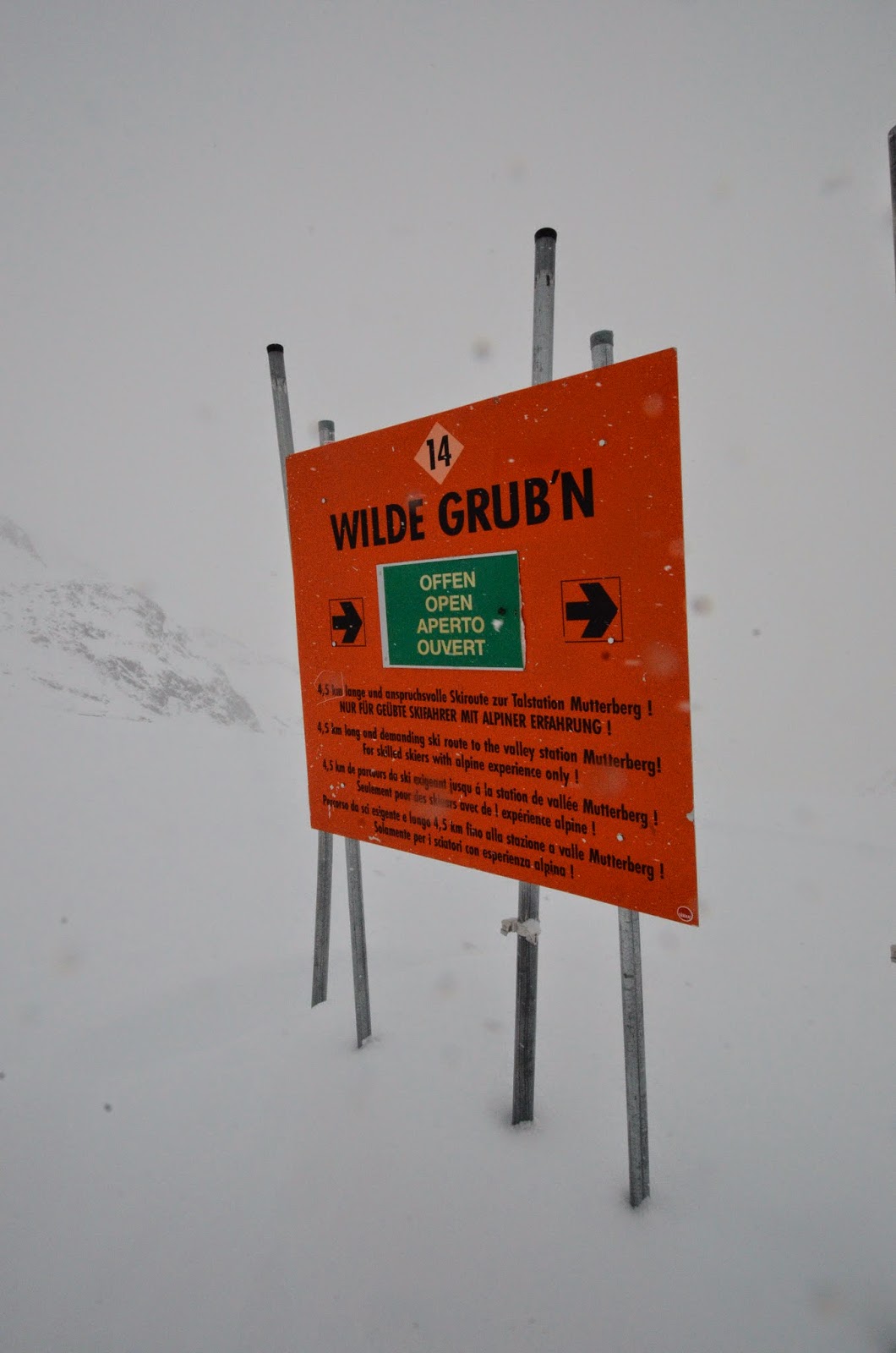 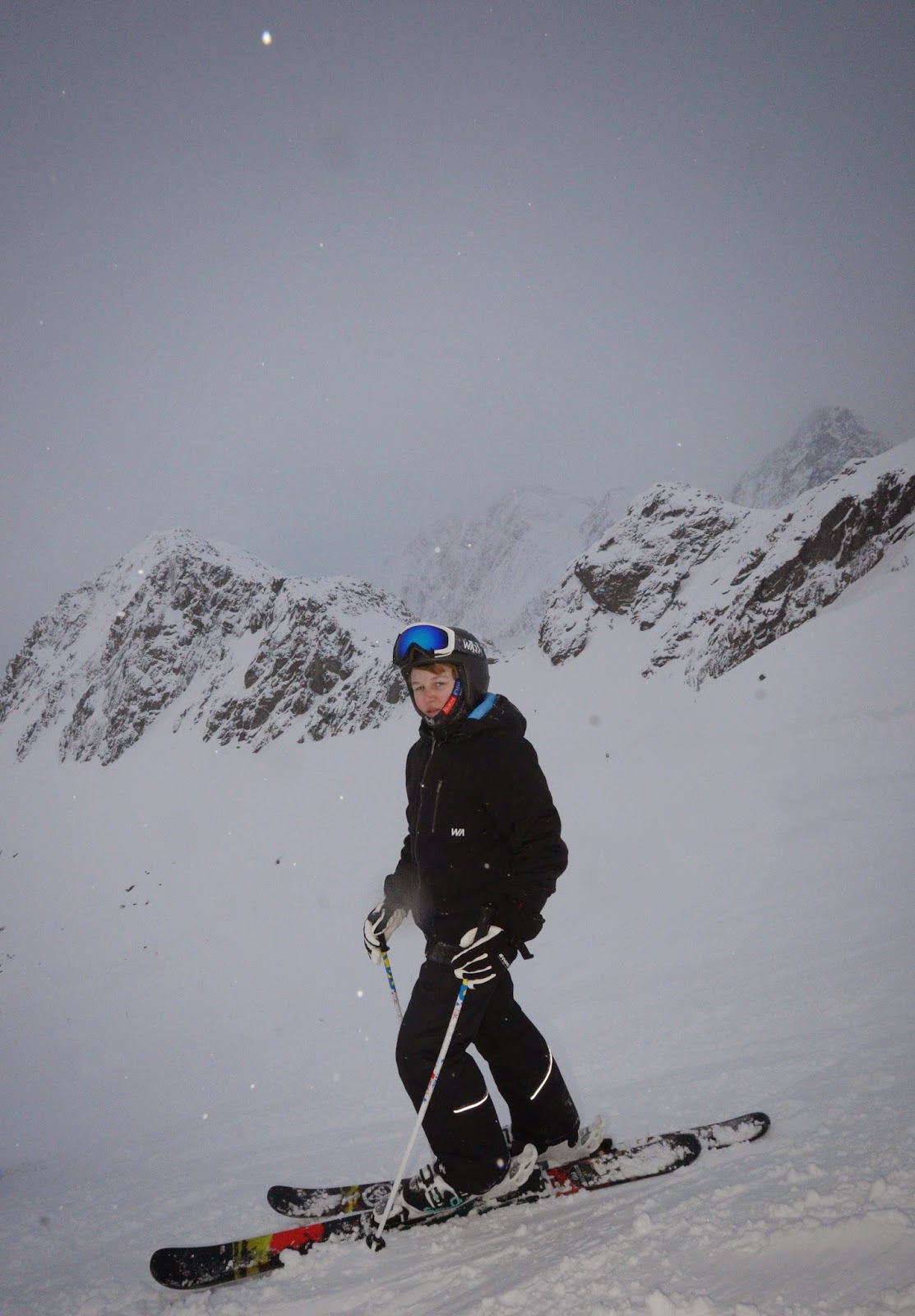 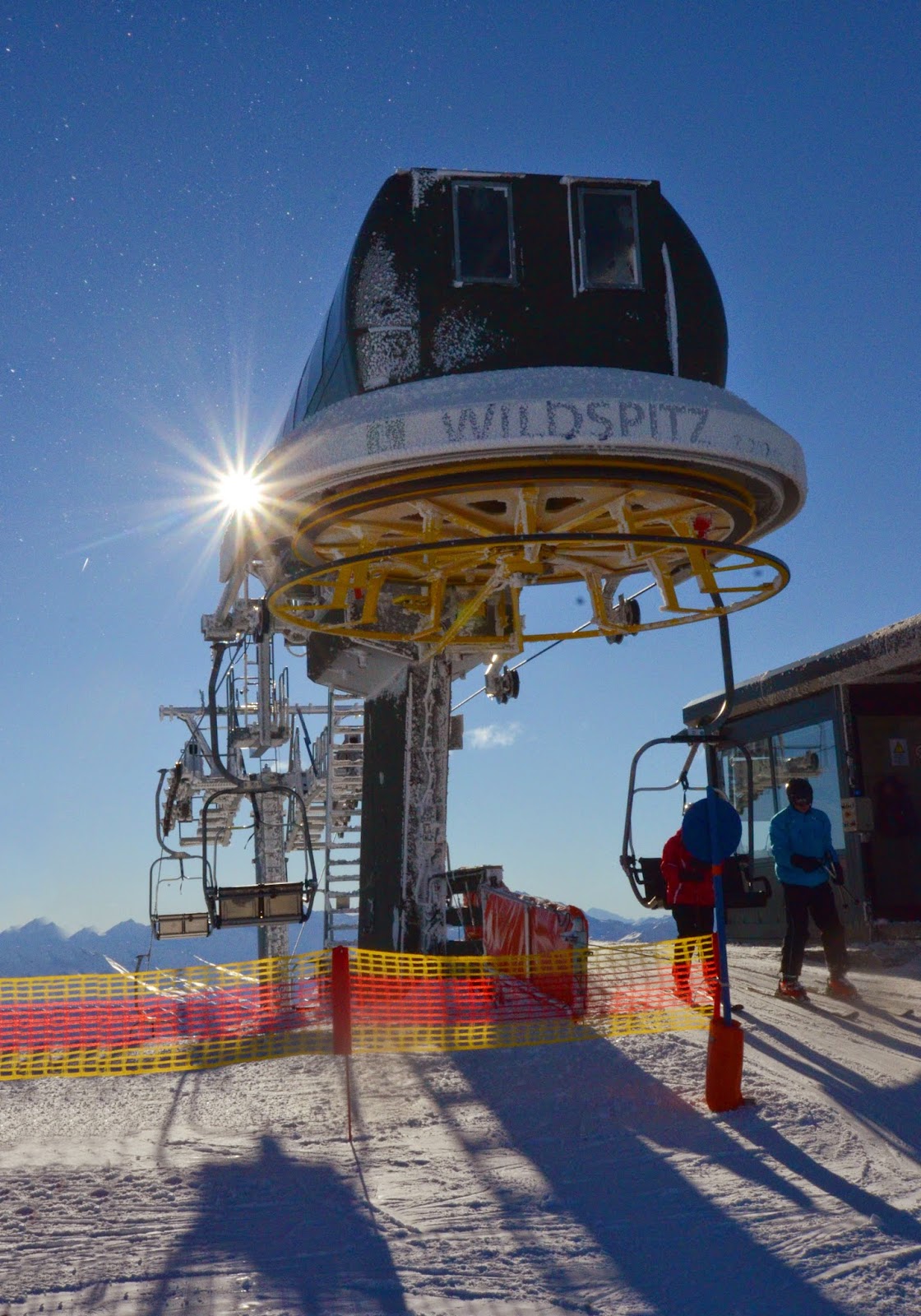 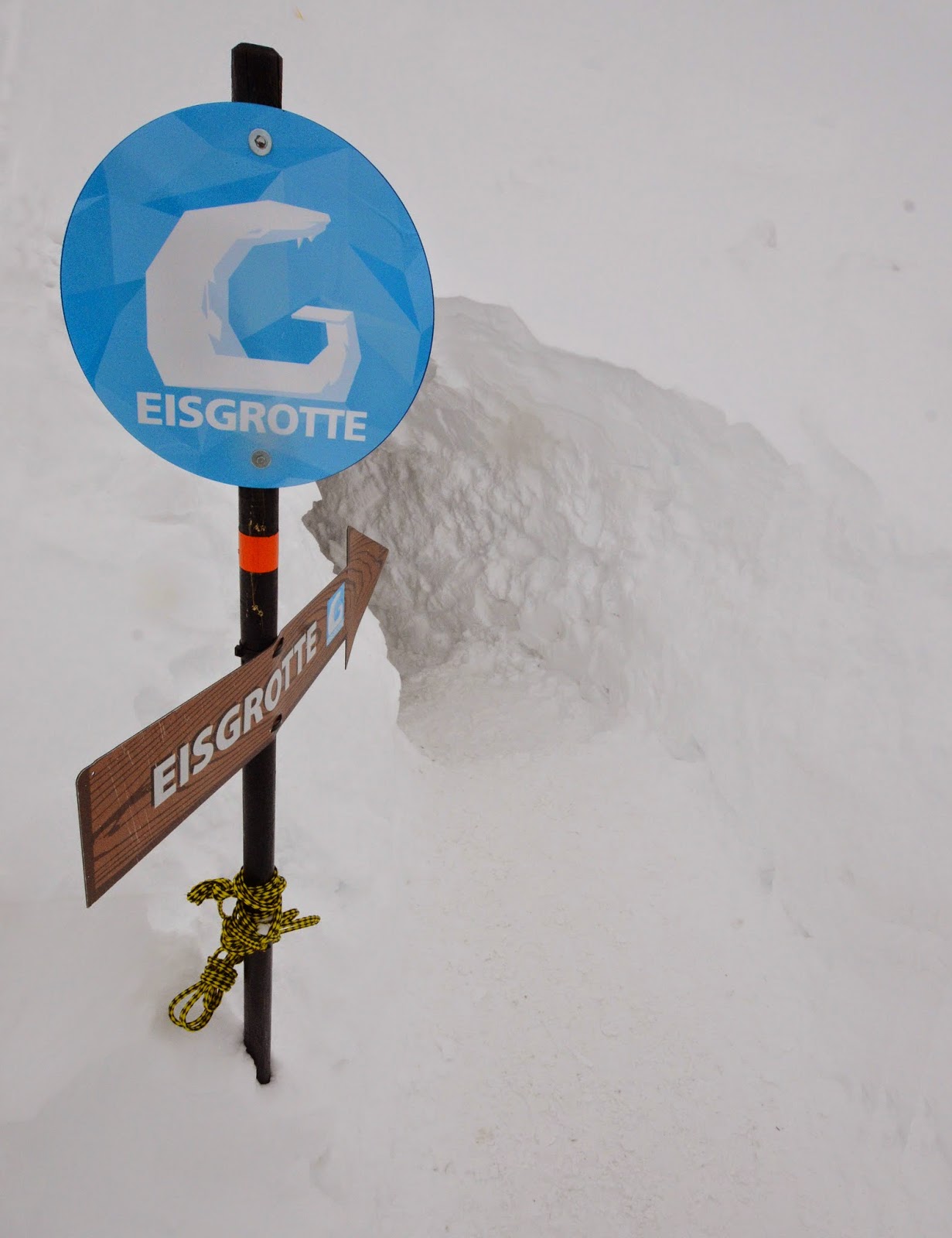 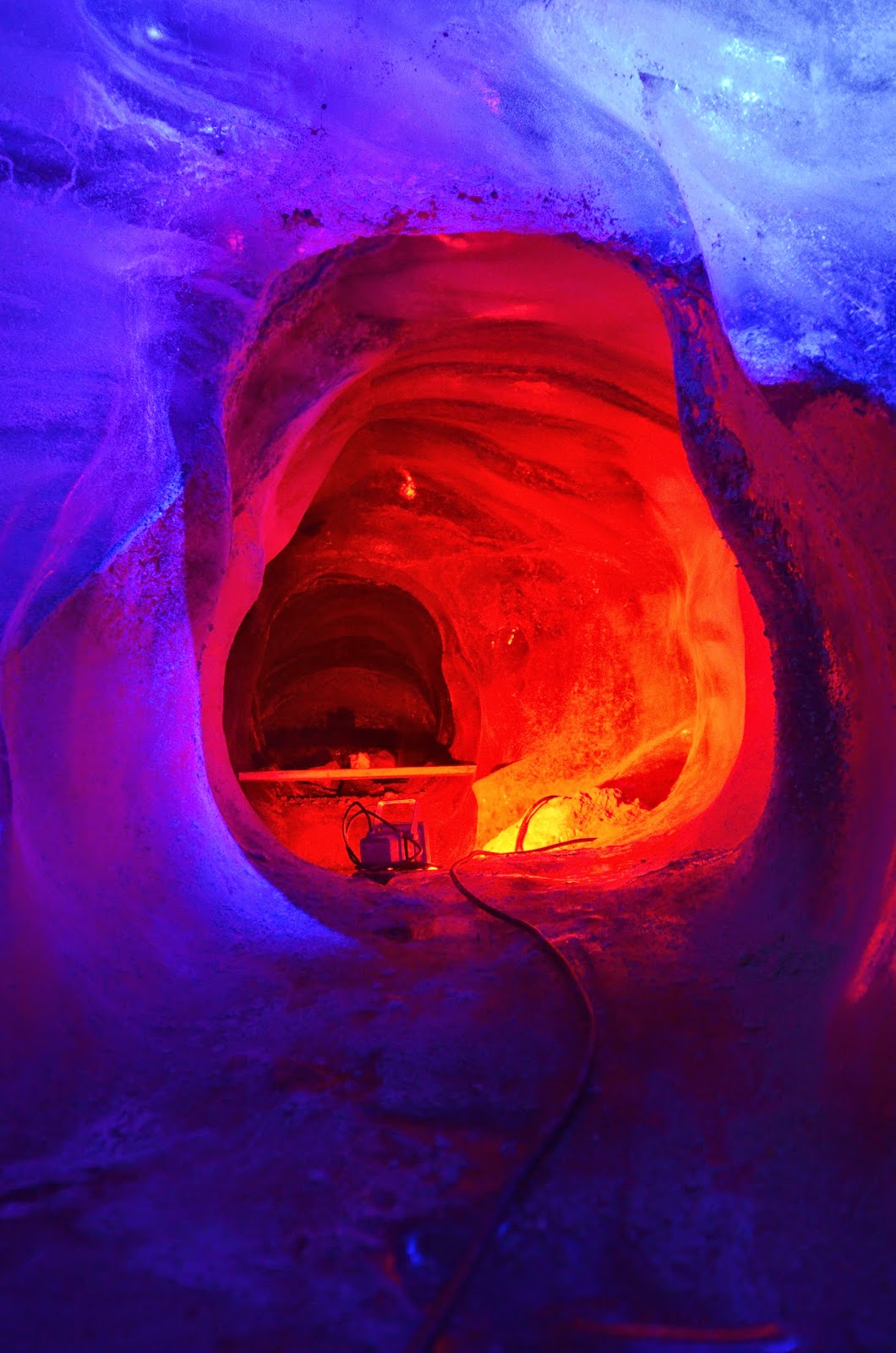 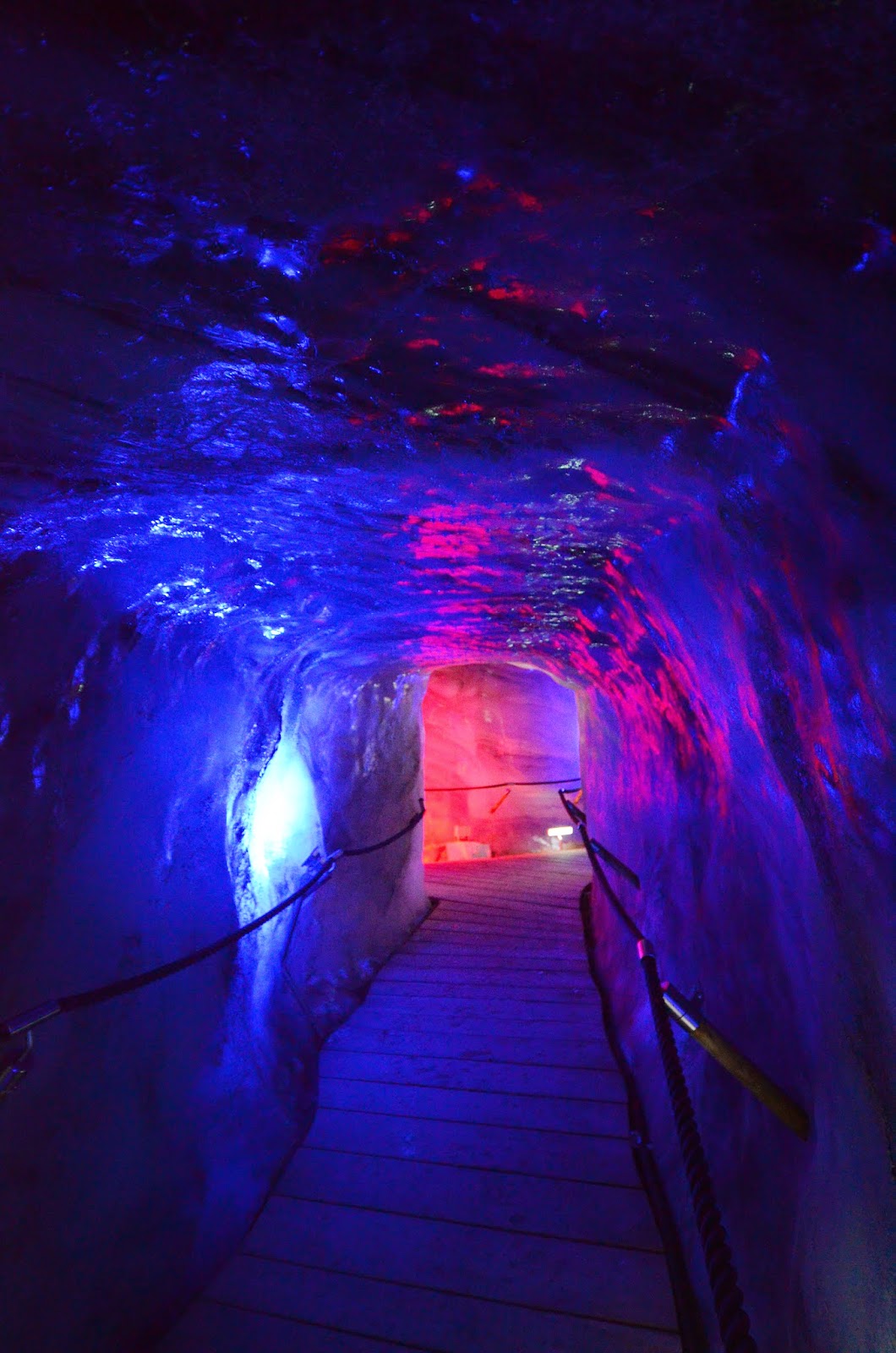 We also visited Schlick 2000, a medium-sized but nice and relaxing ski area in the middle of the Stubai valley.

Finally, I just wanted to once again recommend Austria as the place for ski vacations. The mountains are very nice. But in addition the people are very friendly and helpful, food and accommodation is quite affordable, and everything is clean and modern. And the architecture is nice. We stayed in Neustift im Stubai, in Haus der Berge which I can heartily recommend. The apartments are new, spacious, and the owners take good care of you.

Neustift is a small but centrally located village with all services easily reachable. Across the road from Haus der Berge is the Hotel Restaurant Hoferwirt which I can also recommend for dinners. But if you are in one of the mountain huts in the ski areas, whatever you do, do not order the deep-fried calf's head. 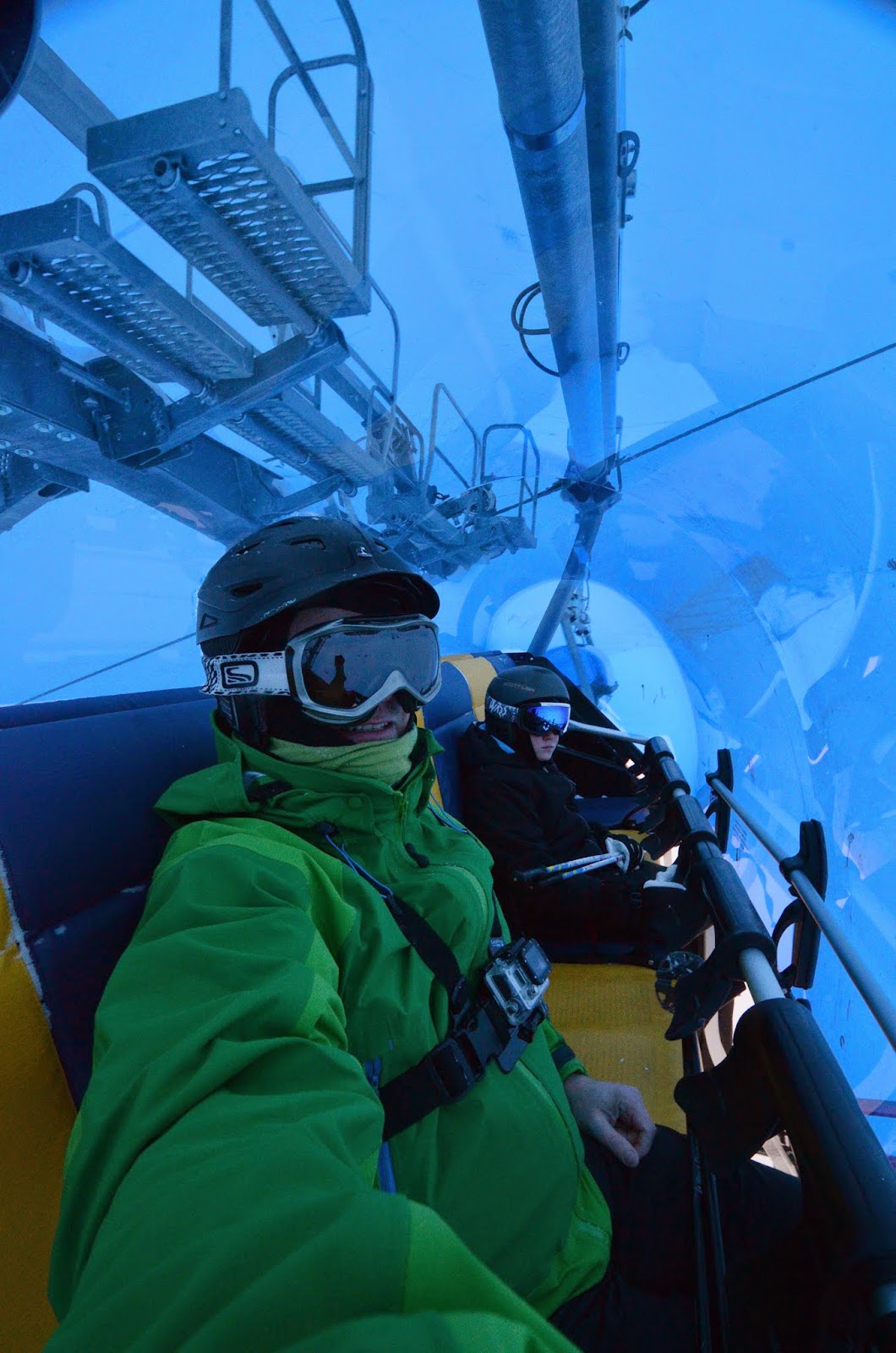 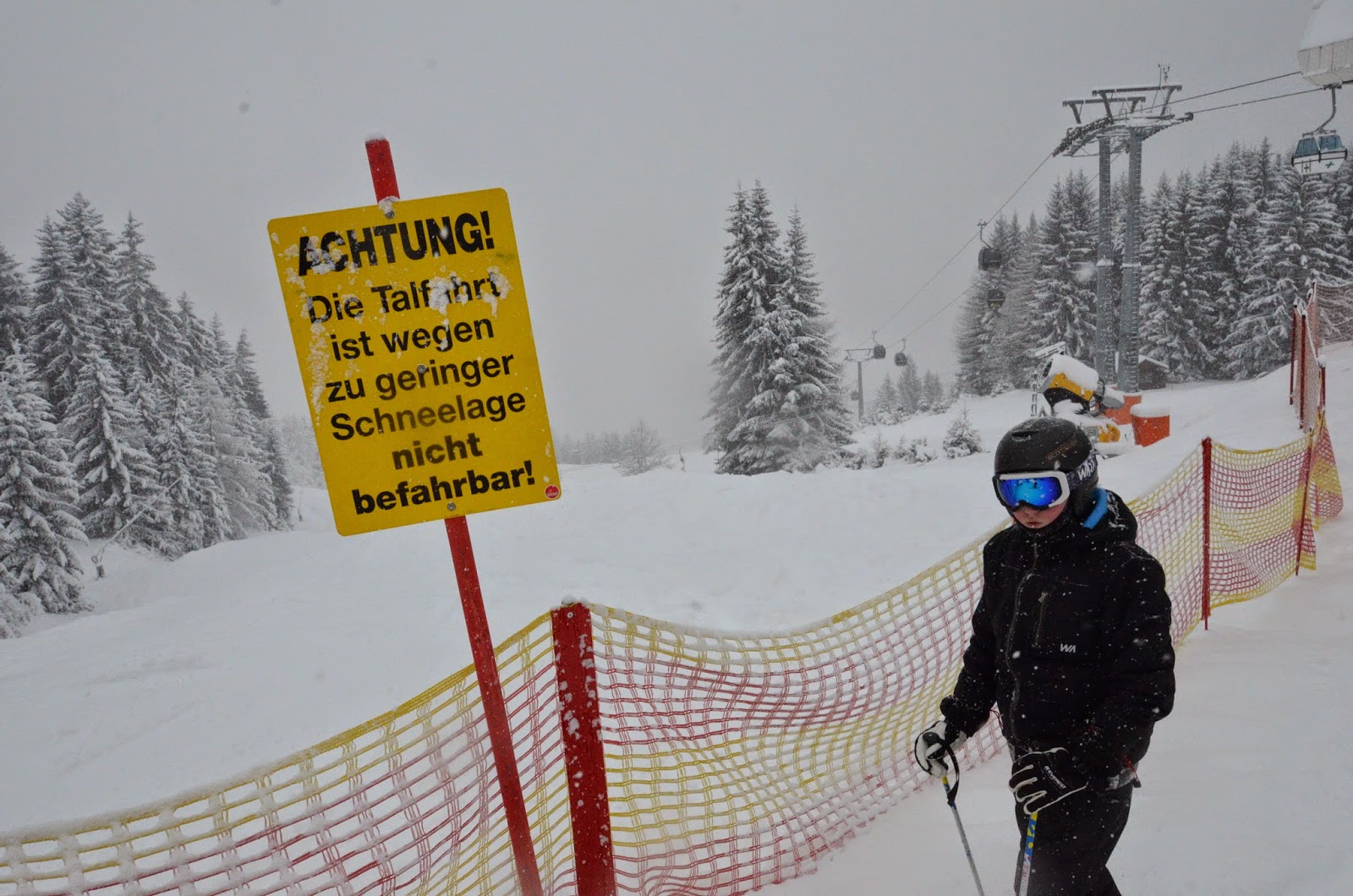 Our apartment was next to a church, and the path to the Freizeitcentrum took us through the cemetery: 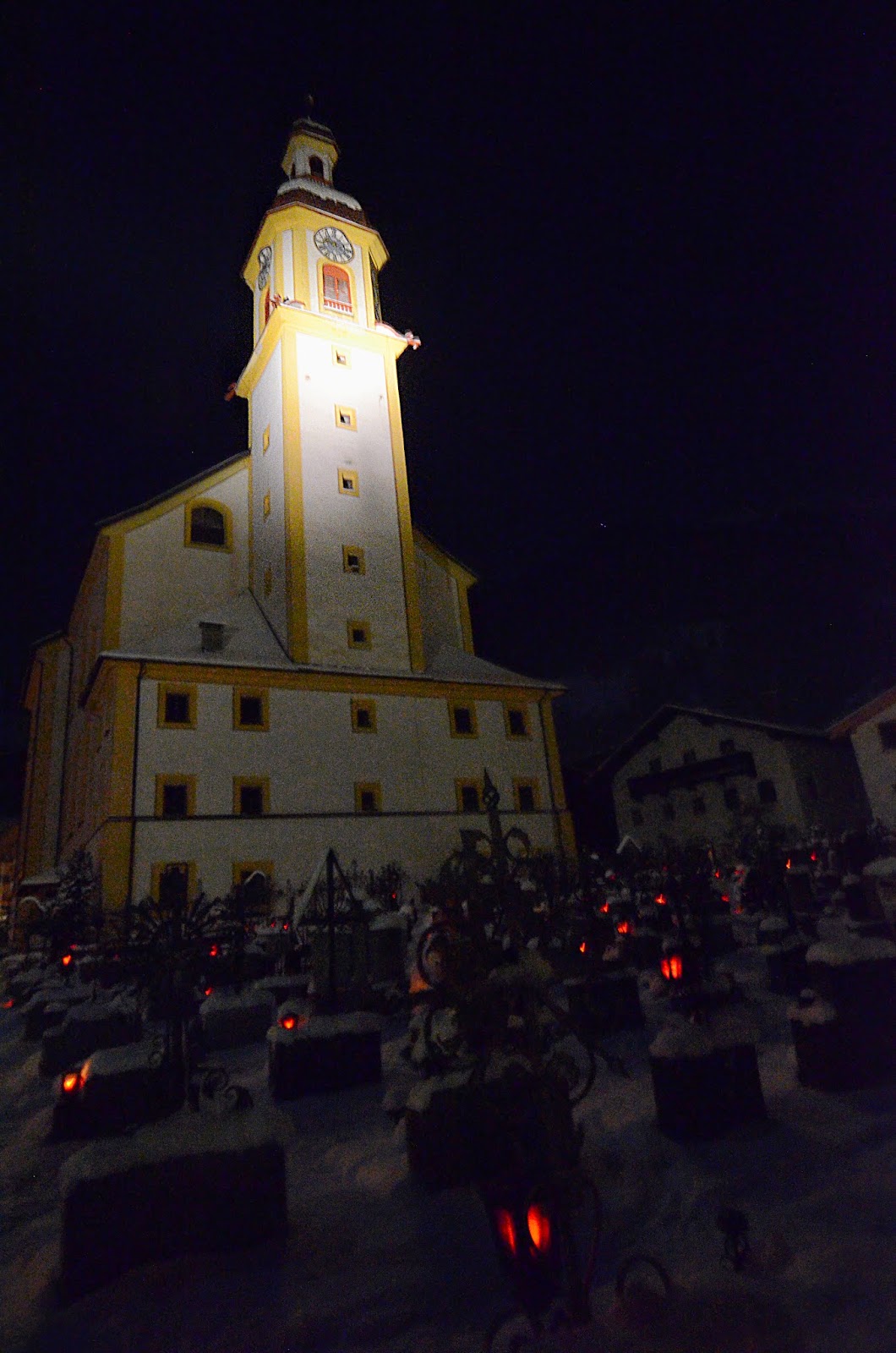 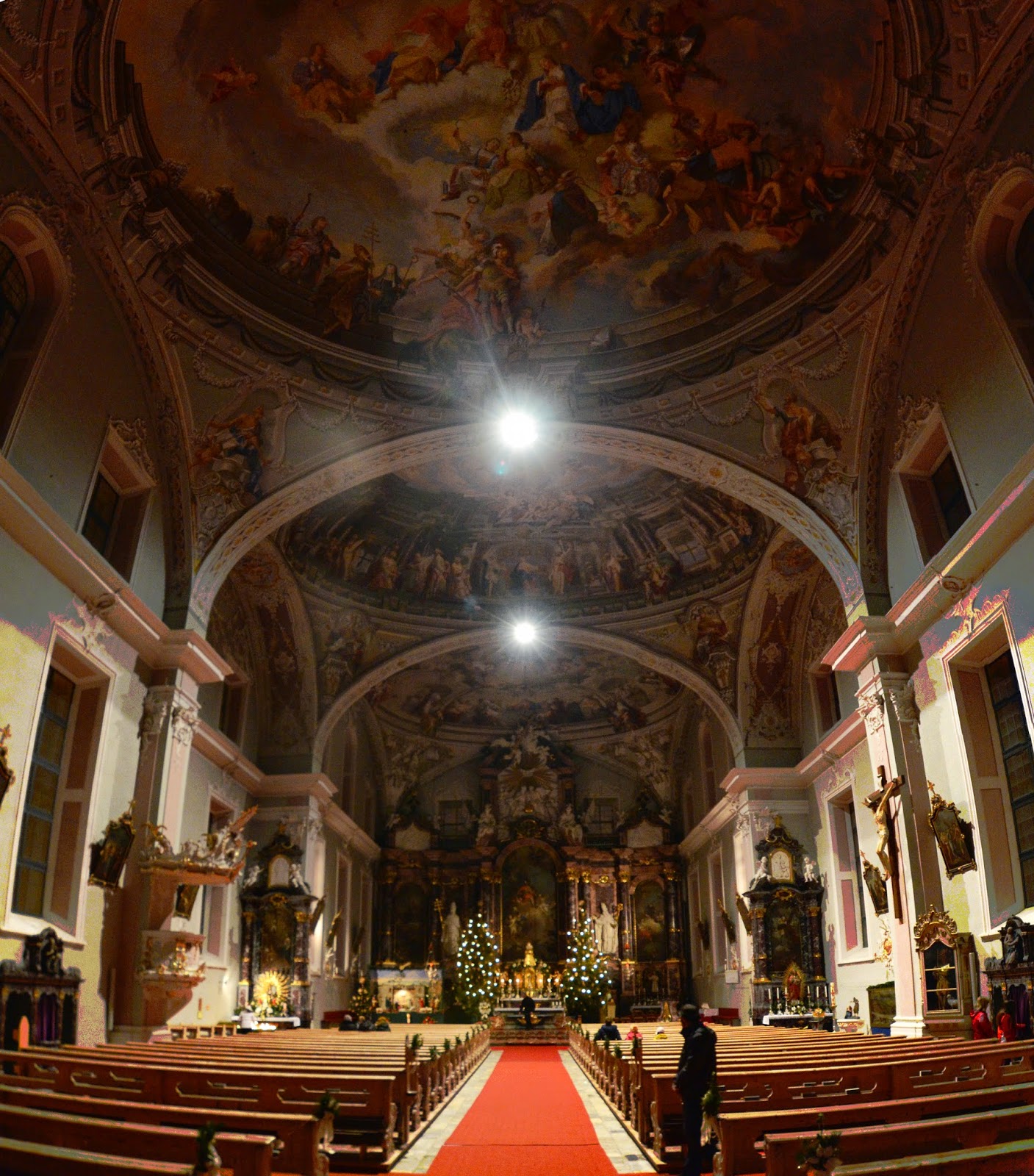 The reason for traveling to Austria for ski vacations? 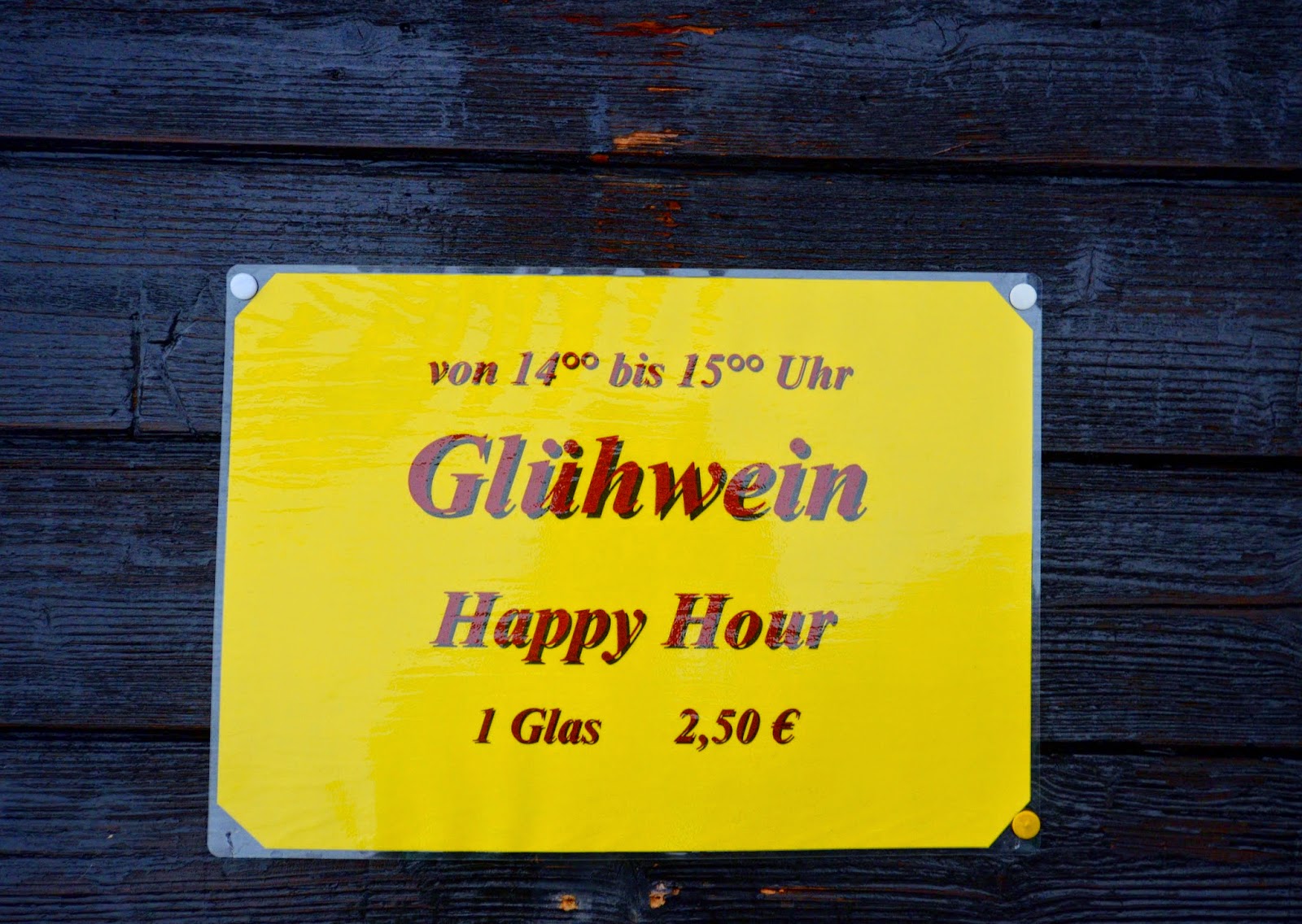 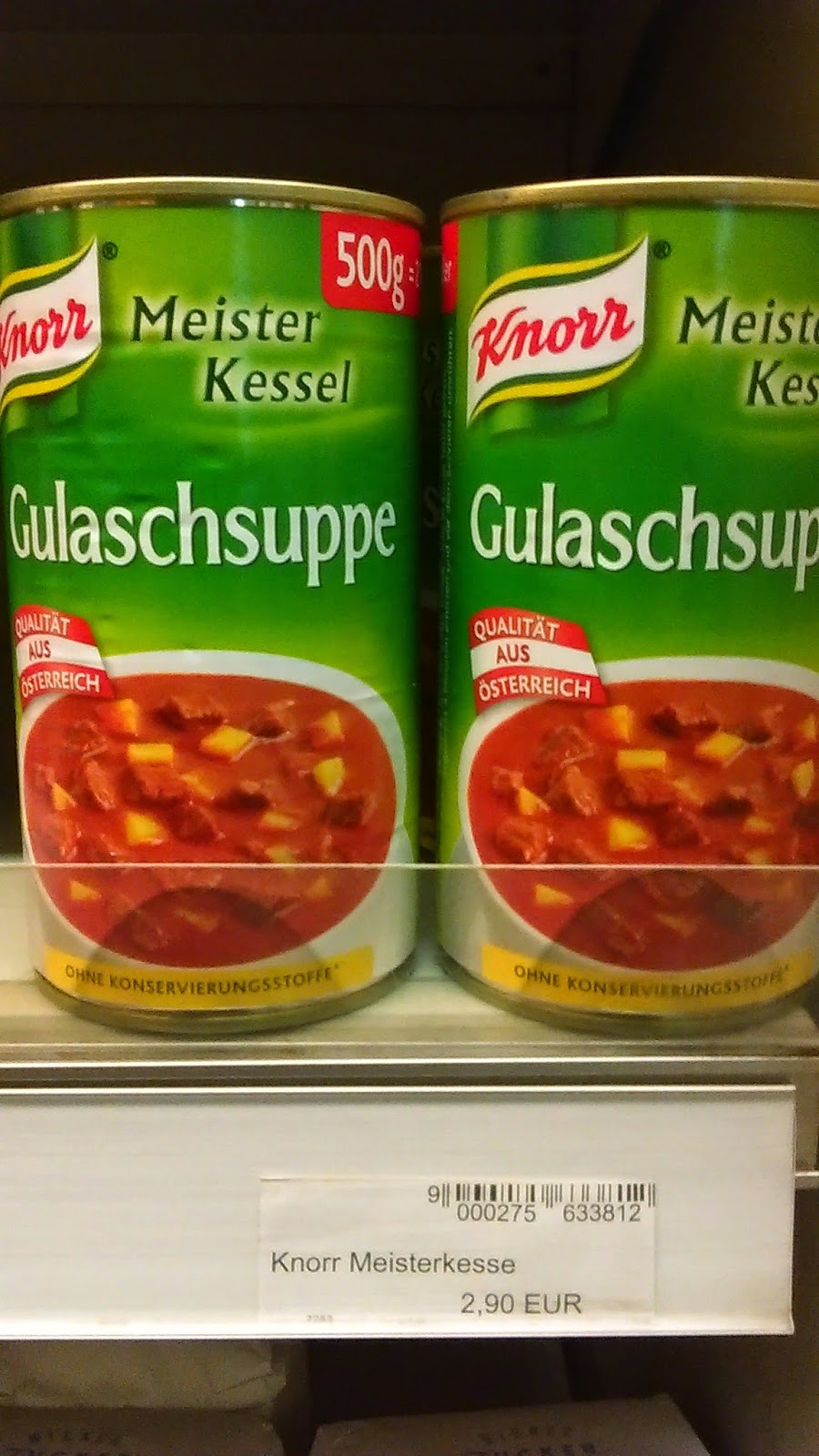 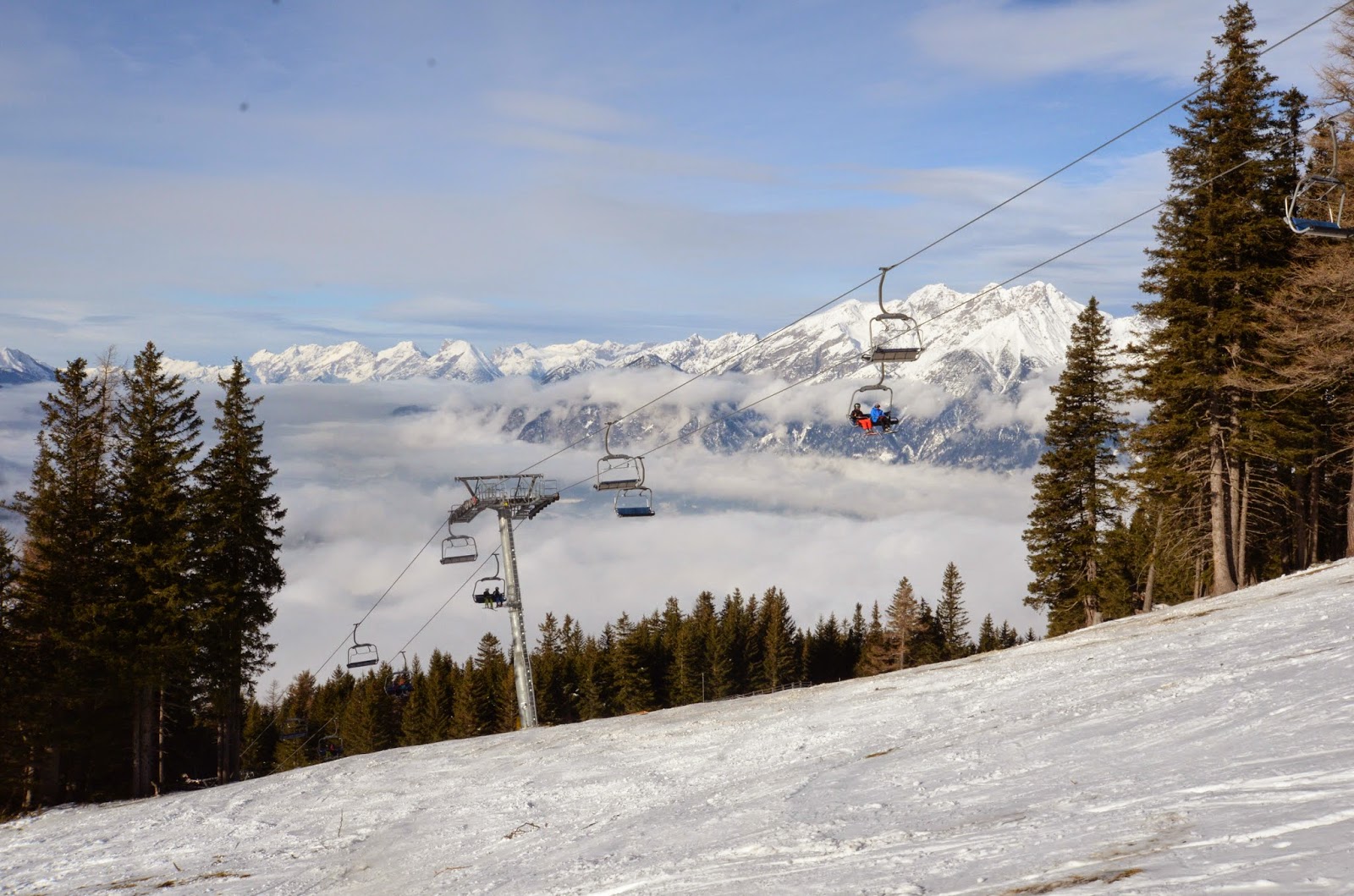 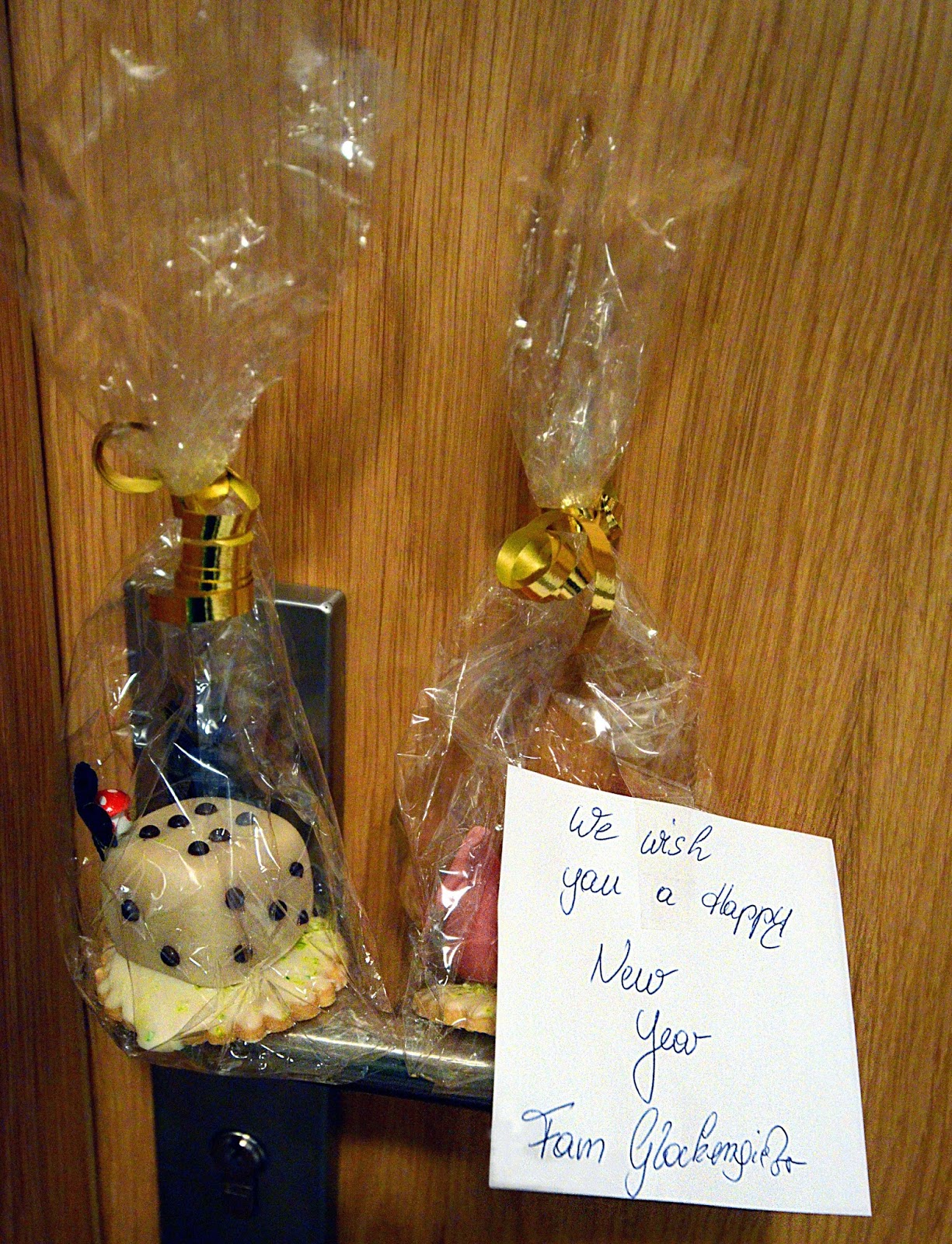 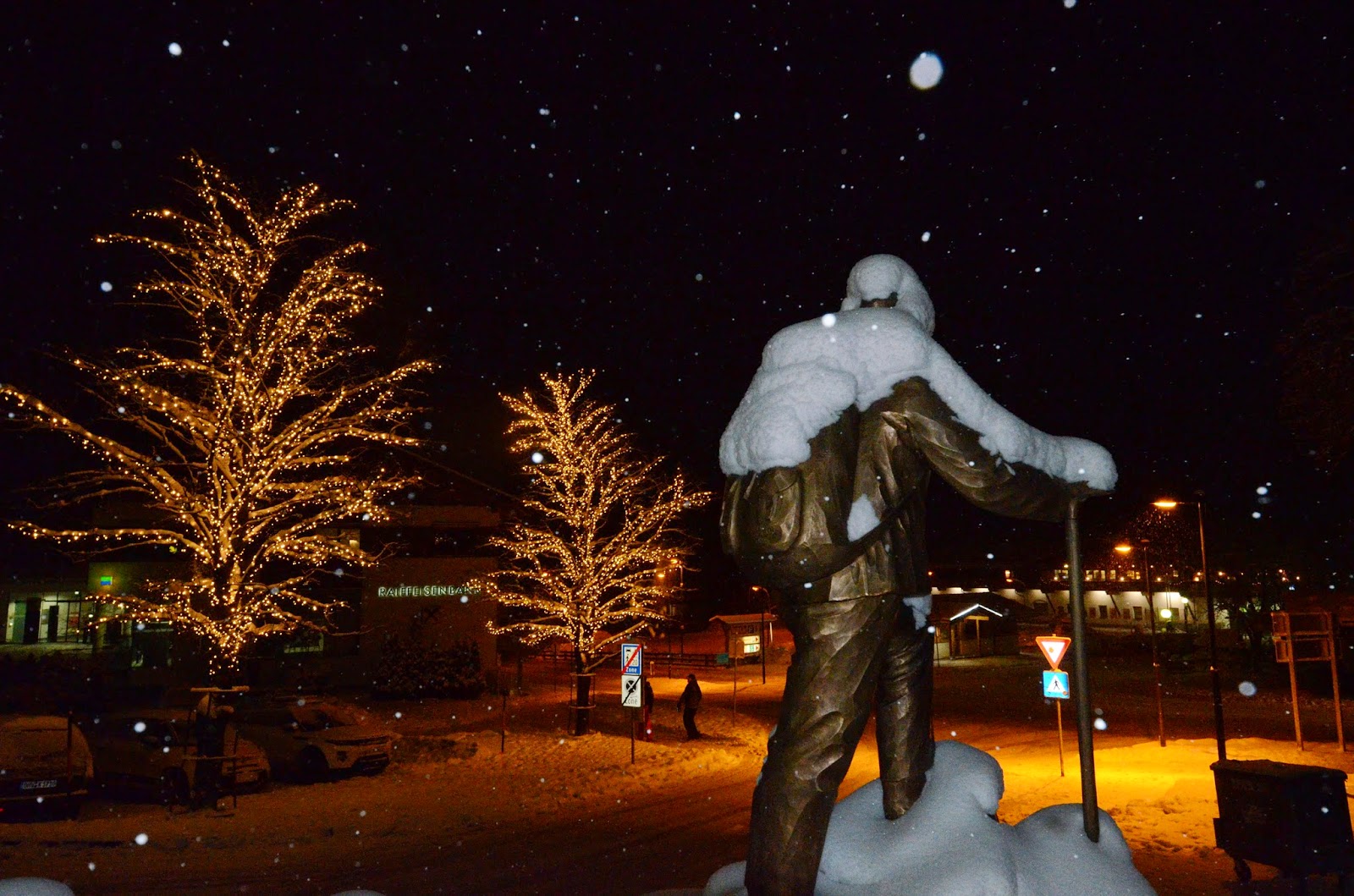 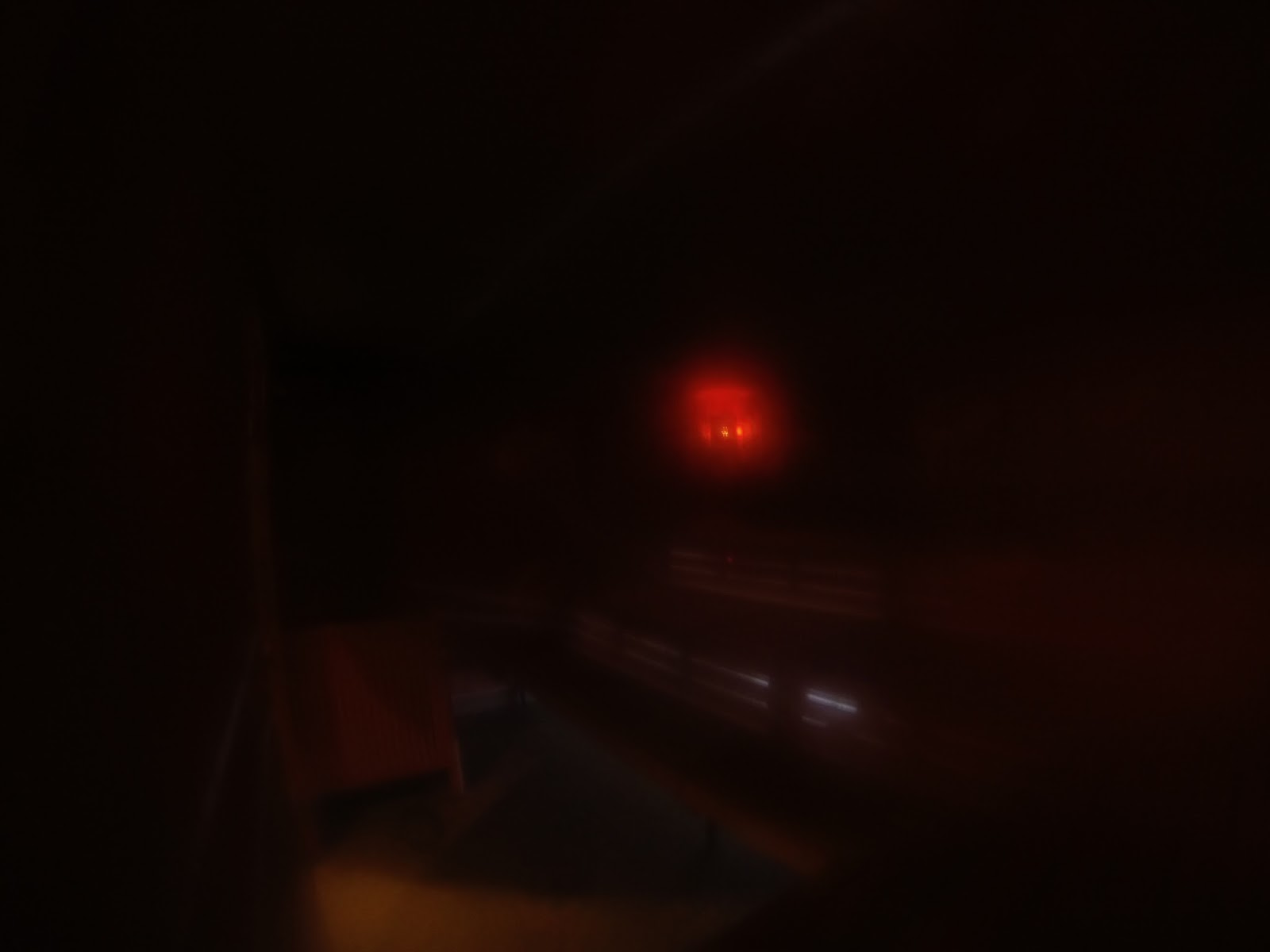