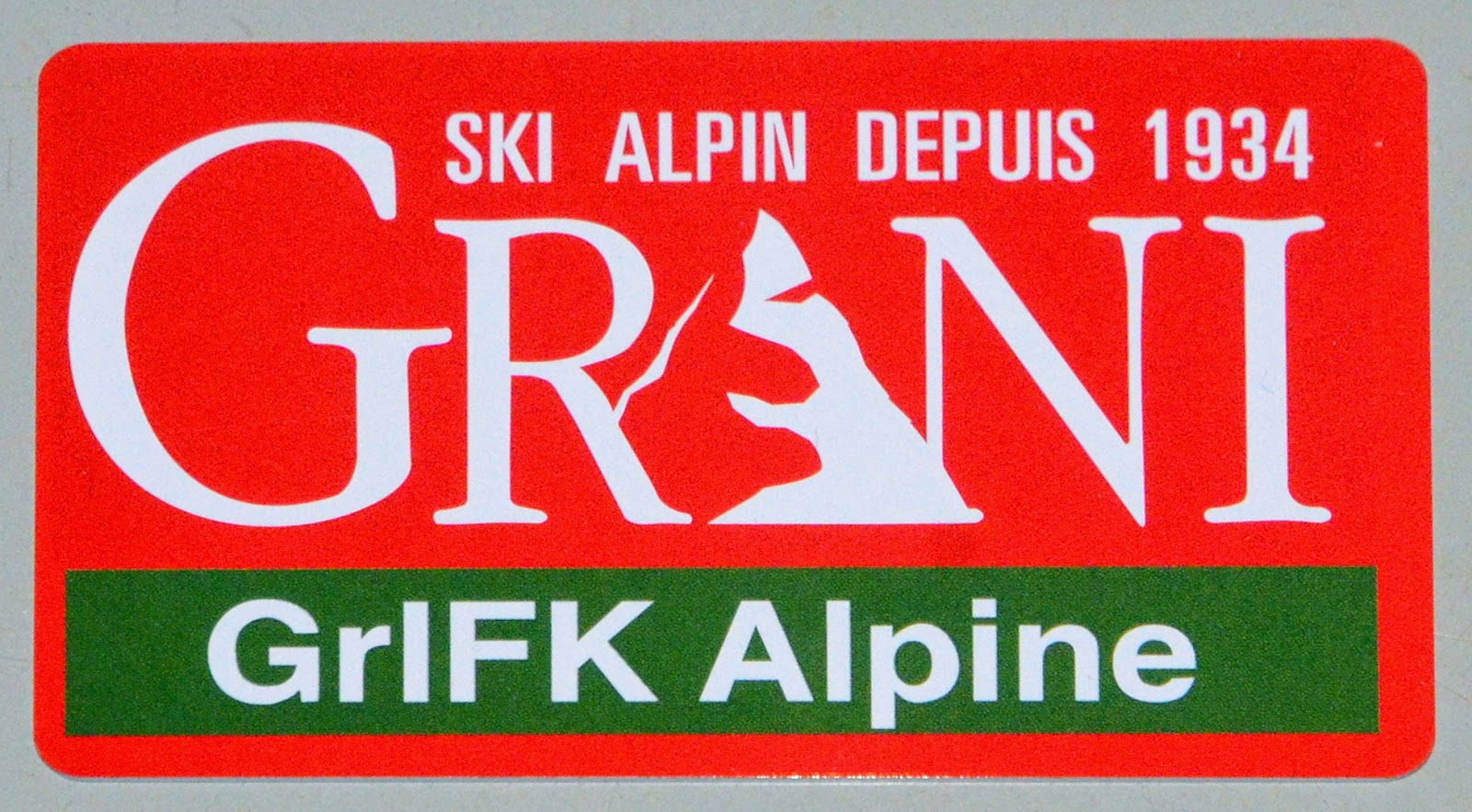 How about a ski vacation in an exclusive village that has generated numerous worldcup skiers? I'm sure it sounds good until I mention the 50-meter vertical difference and rain.

I happened to be home during the ski vacations week, and I thought it would be fun to ski every day. Not full days... I had to work. But at least an hour or two every day. I had also taken my skis to be serviced (to Skiservice in Pitäjänmäki), and decided to buy new racing skis for the faster runs. I very much wanted to try them out.

I had a surprising amount of fun. Pure skiing, not many other things. I was able to use all time for the skiing itself. My skis were always in the car, my ski clothes strategically placed on the middle of the living room floor. I took me three minutes to put them on. Another three minutes to drive to the slope, and then some time to put on the boots. Still, I was in the ski lift ten minutes after making the decision to go.

I also bought a season pass. At 195€ this was as much as a ski pass for a long weekend on the alps. But even if I am not looking at costs, it is an extremely easy solution. I can just show up and ski, no need to queue up or carry a wallet.

Except for the first day, the weather was gloomy, grey and rainy. But even if skiing the full day in rain will get to you, and will eventually make at least some of your clothes wet, in good clothes you do not even notie the rain if you only ski for an hour or two. And you will not get overly tired.

And even if the slope is small, it was fun to ski. One round is about two and half minutes. Two minutes to go up, ten seconds ski down, and some time for entering and leaving the ski lift.

And the skis. I have always had skis that get a bit restless in higher speeds. They start to fidget. But my new skis, Atomic 191cm Race D2 GS skis run like a train on their 27-meter turn radius. Although I wasn't sure if they would be easy to ski otherwise, to make turns other than those fitting their natural form. Perhaps it was a bit harder than on my regular skis, but still OK. Perhaps us older skiers have been trained well in the pre-carving era. (That's 5400 BC for you youngsters.)

But above all, the small hill is fun because there's a special feeling. It is not a commercial operation. It is not from the same mold as all other ski areas. This year, Grani has grown from one lift to three. A new, fast button lift is on the right side for the competitors and training, and a new beginninger rope tow on the left. The slope is full of tiny kids from three or four years upwards. And there are often races, like this Sunday when they held the Suomi-Slalom competition, a national circuit of local hill competitions. Every year 500 kids are trained in the GrIFK ski school. The team has 15 FIS-accredited skiers.

The only potential cause for complaint is that I rarely see adults in the slope. During the week there was only one other (non-teacher) adult, and I think she may have been the mother of one of the kids on the hill :-) And when I bought my season's pass at the Café Alpenhütte, they asked if it is really for me. Oh well. Even us adults can ski this small hill. I take it as practice and exercise. It is one thing to ski every day than to make one trip per year. We should use the possibilities we have!

Finally, did you know how fast you can go on such a small hill? Without trying very hard, I got 75 km/h at the bottom. No turns, and in downhill position, but also not pushing. It should be easy to improve on this result. (By the way, this was measured when there were no other people on the hill. Speed is dangerous. Be careful out there!) 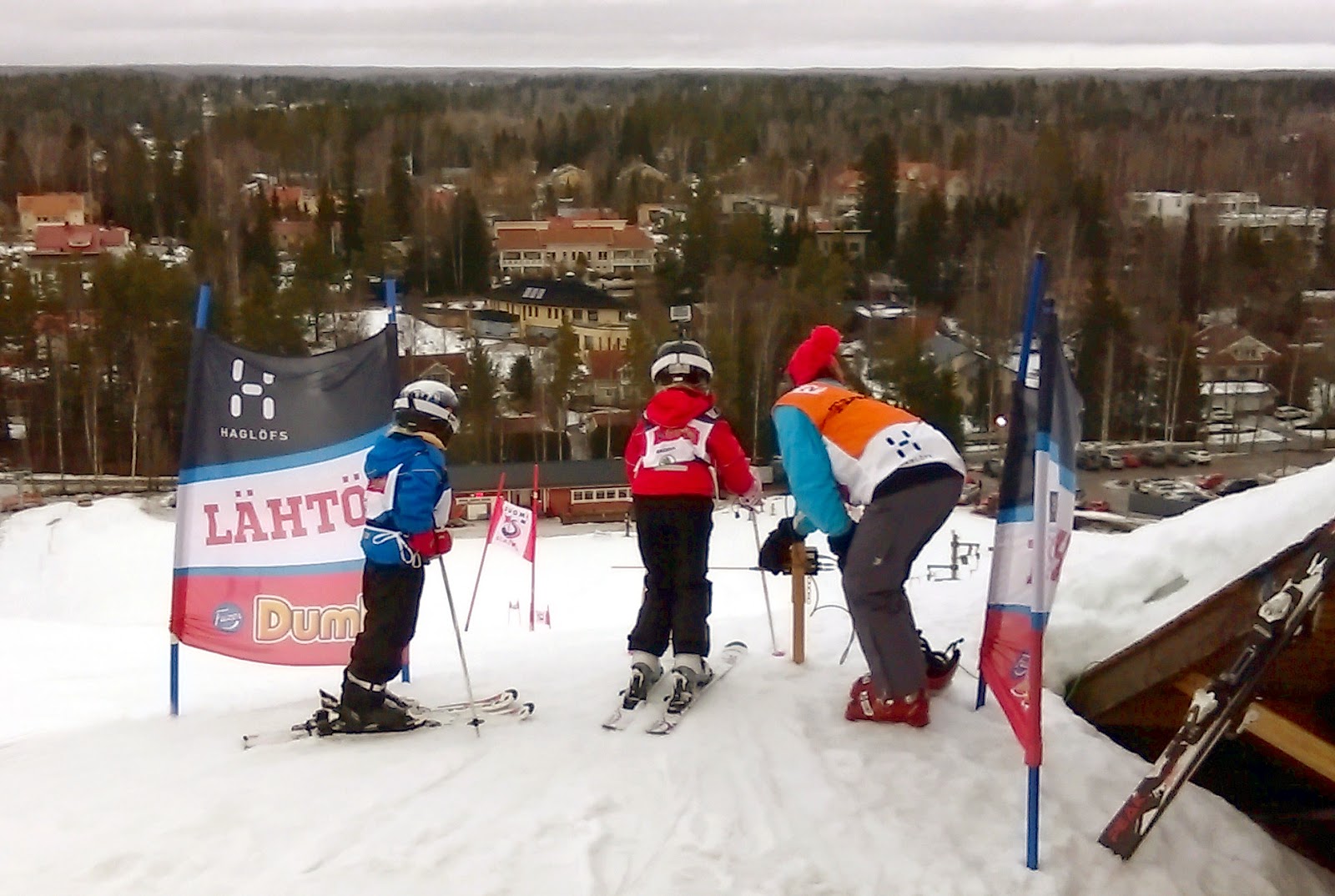 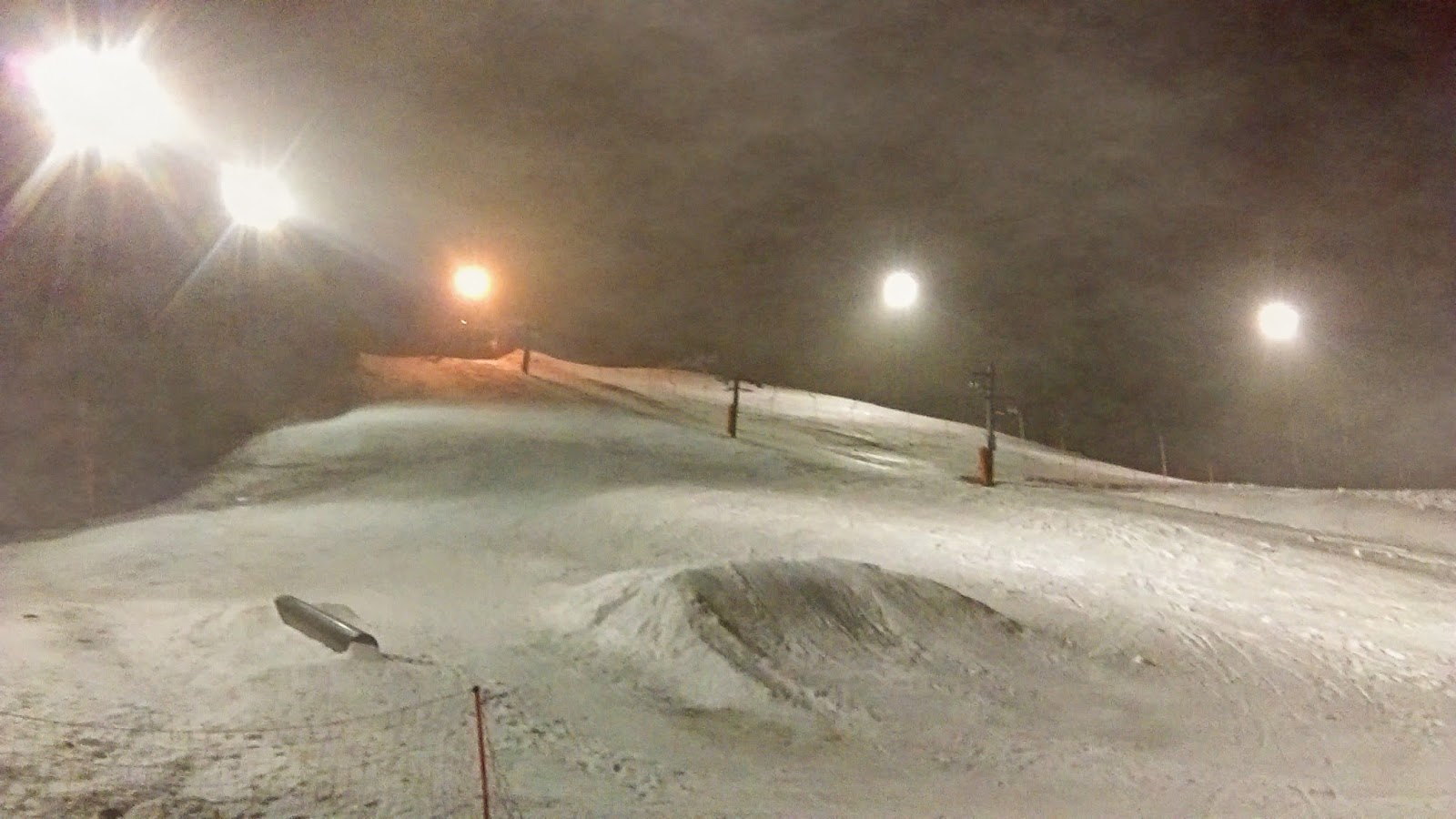 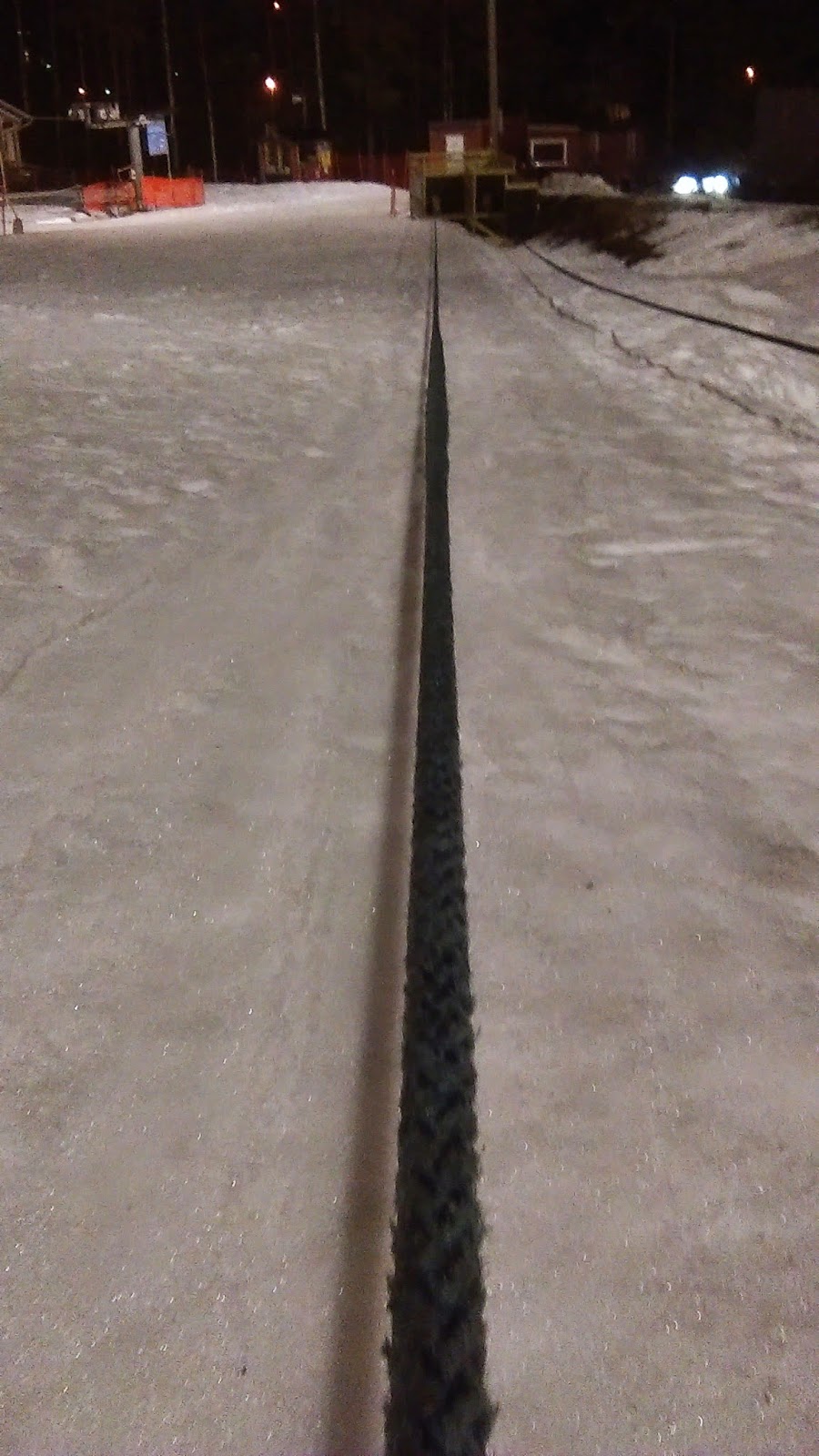 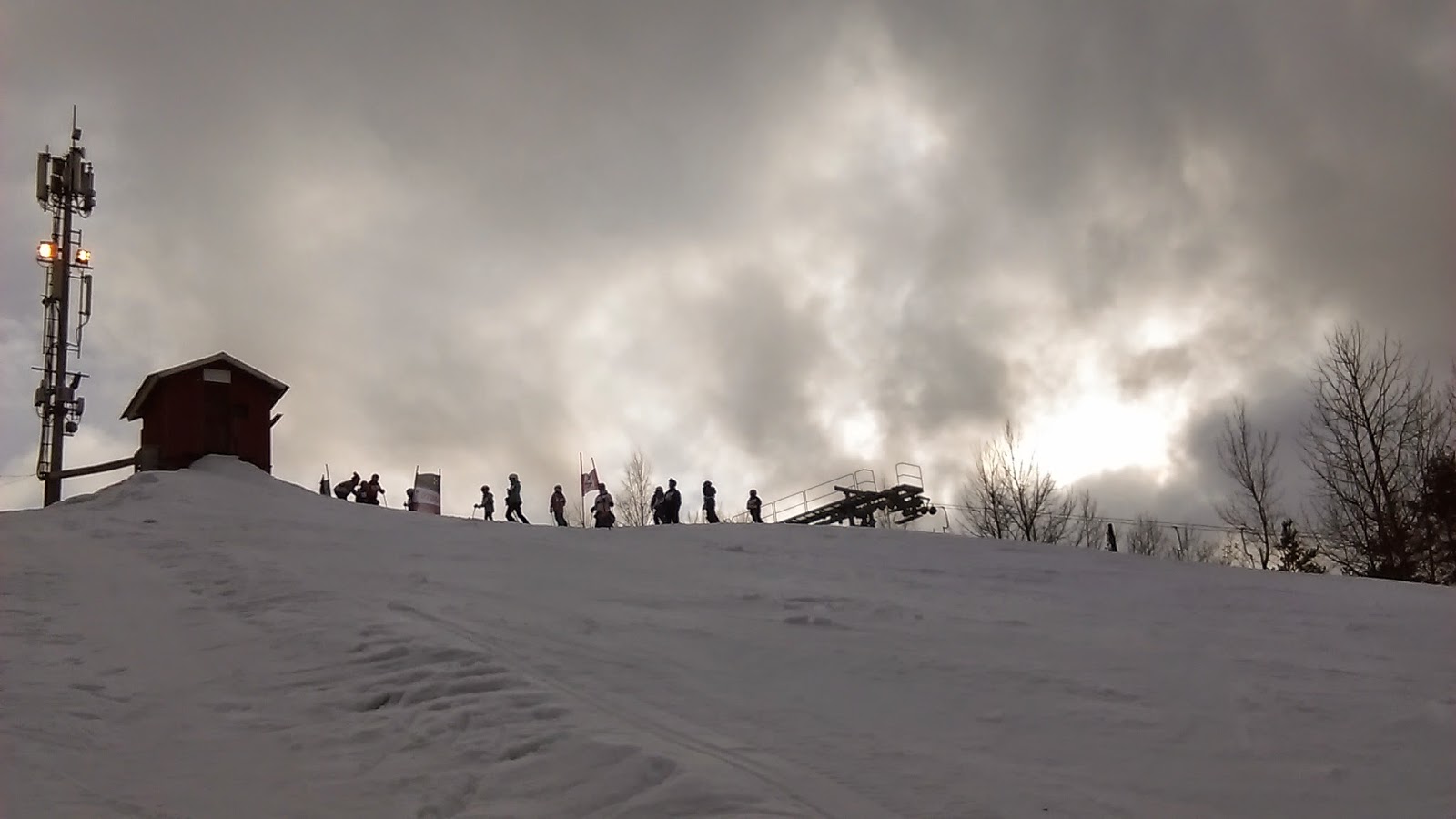 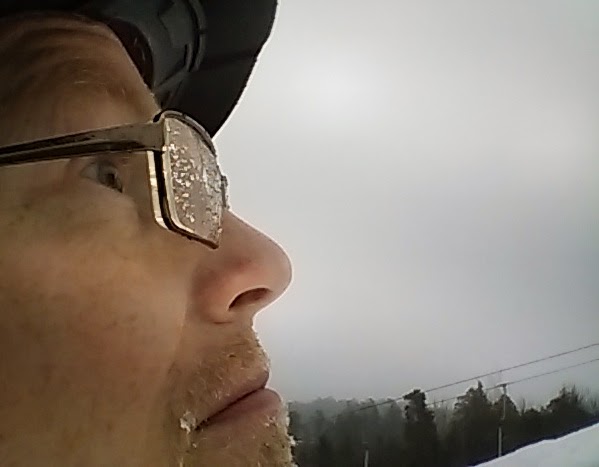 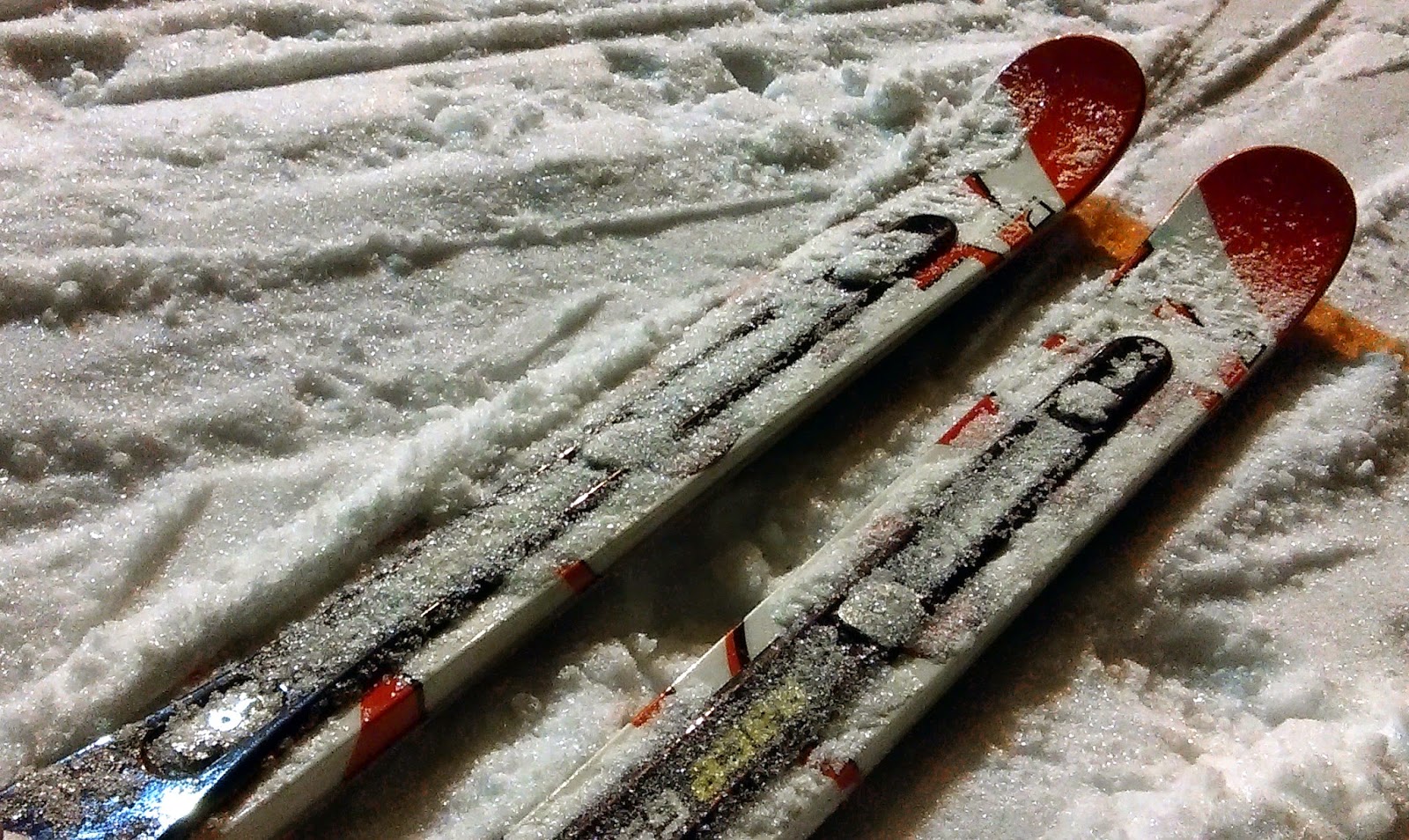 Having come back from the tropics, it feels surprisingly good to be in cold air, on a shiny white ski hill. And particularly with new skis!

Today I took my Salomon Rockers to the repair shop, the last few trips have been really hard on them. I think they can still be repaired, but I've been hitting rocks a lot. 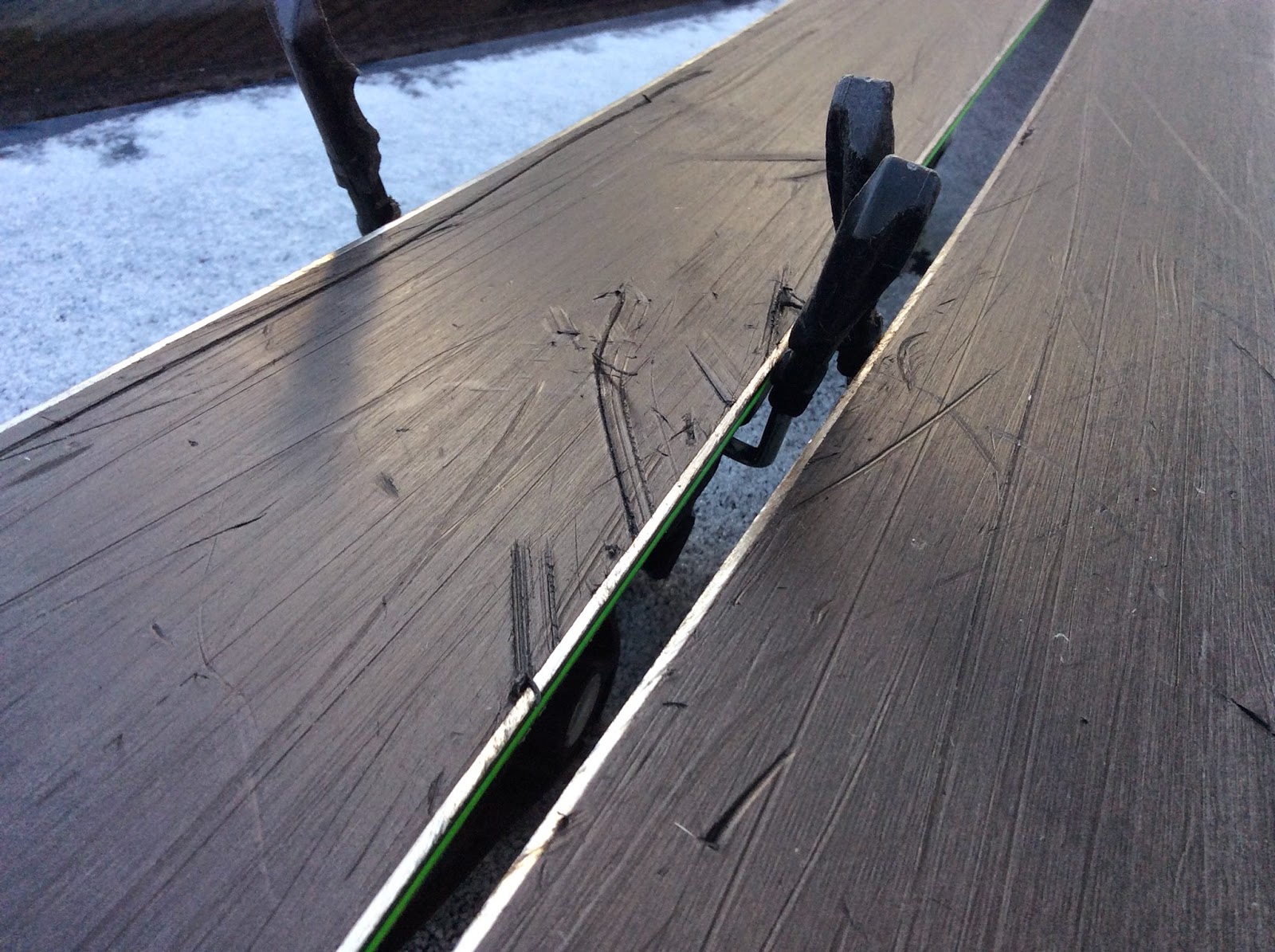 And I finally got myself a pair of faster skis, the Atomic Race D2 GS skis. These are thin and long (191cm) skis with a 27 meter turn radius. They are for the previous, not current official race standards, so they were very affordable. I did not get them for all-mountain skiing, but for the few occasions when I want to ski fast.

And while testing on the Kauniainen ski hill is naturally limited, the skis feel very fast. As the speed picks up, the skis feel like they come alive. I've always had skis that fidget in higher speeds, but these skis just run like a train, unaffected by minor disturbances. I was warned that they might be hard to control or turn, but it did not seem to be too hard. Maybe the years of practice us older skiers have gotten from the pre-historic, pre-carving days helps :-)

I feel excited. Want to take them for more rides in the coming evenings. 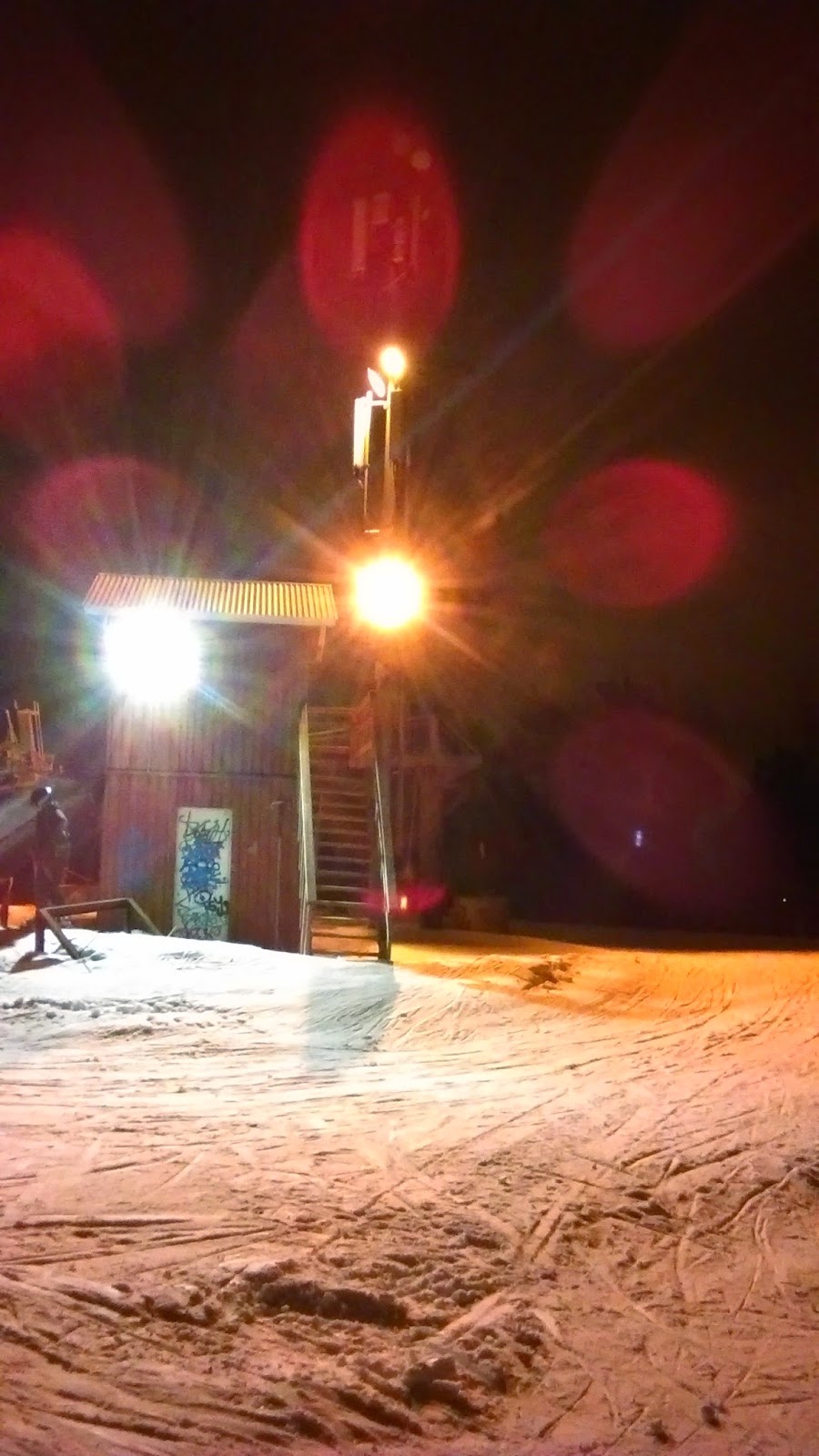 Football field next to the Grani ski area: 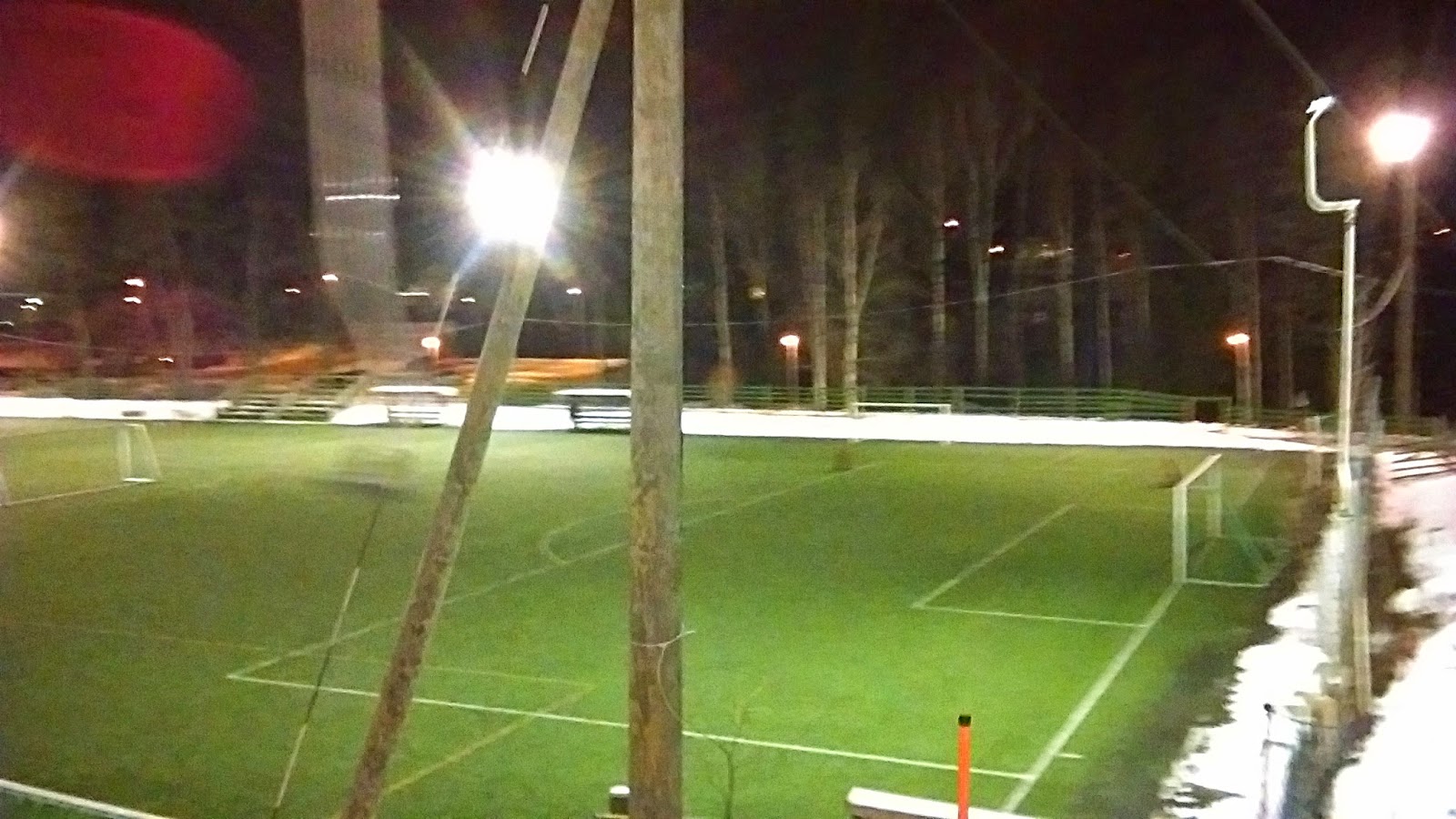 Posted by jariarkko at 1:49 PM No comments: