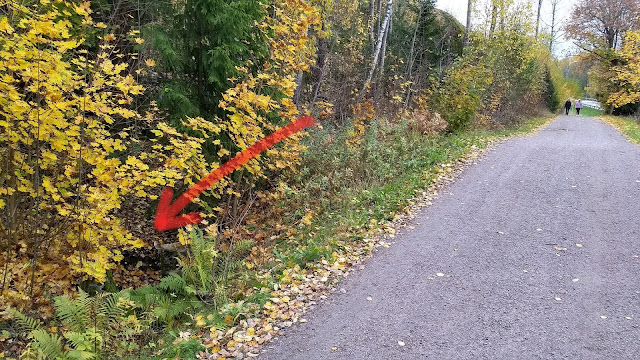 It is getting dark very early in Finland, so today I stopped to see a possible bunker in Majvik on the way to the office. I found a bunker with clear entrances go inside, as well as a small roof cave on a cliff near the bunker.

The bunker turned out to be half under a sand road. Behind it was a beautiful rounded rock cliff, with a horizontal crack running across the cliff half-way up. In a couple of places a person could fit under the roof that forms, the bigger place probably a tight fit for three people or so.

Fortunately, the bunker seemed possible to enter, via blown up stairs leading to space between two concrete walls leaning against each other, or from a dirt tunnel leading under the bunker roof. Unfortunately, I had taken a flash light without good batteries. And I was in work clothes, so I decided to leave the entrance to another time, perhaps also going with someone.

Again, the bunker location was found from the Lynx parenteesi page. 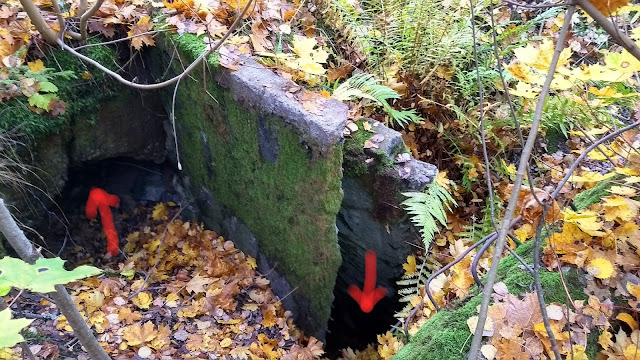 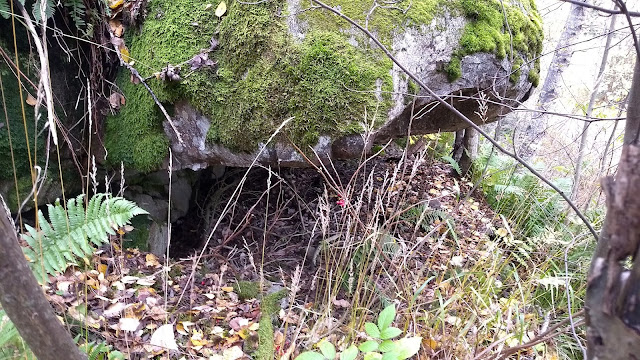 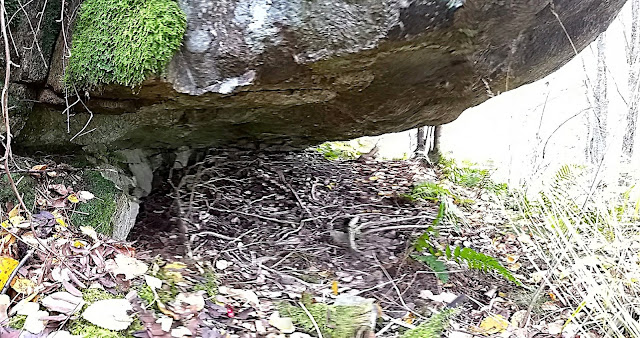 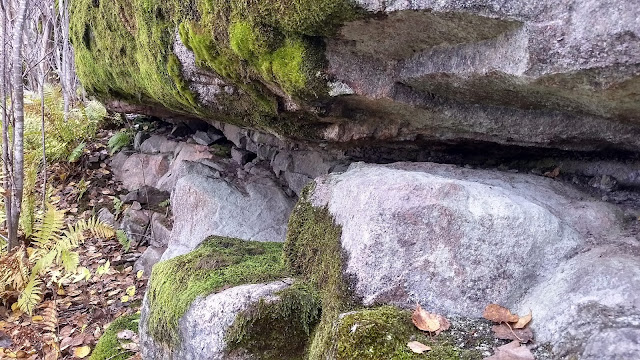