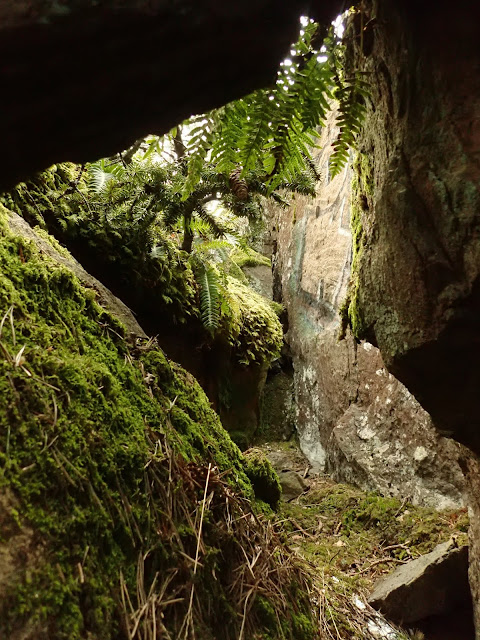 Jukka performed a search on cave references from the database of the Finnish National Board of Antiquities during our recent virtual meet-up. He came up with a reference to a potential cave in Espoo that none of us had heard about. Yesterday I went to look for it...

Even the location of the cave was in unknown place, Johanneberget -- that I could not easily place. After some googling there were some references in a city report, a rocky hill near the Olari intersection on Kehä II. Some of you may have seen the radio & link tower, the cave is near the tower.

The explanation in the report was quite funny:

In other words, if humans have not occupied something, it is not a historic artefact and therefore uninteresting. But it might still be interests to geologists and us cavers! :-)

I'm not sure how to classify the cave's size.  There's a leaning cliff, maybe 4-5 meters long that forms a small roof cave-like thing, perhaps a meter of space under it. The cliff is part of a longer crackline in the hill. At the end of the roof cave part there's a set of boulders stuck in the crackline, and you can pass under them. On the other side you're still in the crackline but at a higher level. While the roof cave part is 4-5 meters, the under the boulders part is maybe 1-2 meters on top of that. But there are some small separate holes as well, under the main passage.

A bit further up there's a small hole between the boulders where you can see a space underneath, and some garbage, but on quick inspection I did not find a way for a person to enter that space. Perhaps the trash was simply dropped there.

There were three other small under-the-rock places on the hill, two small roof caves next to a rock, and one boulder where one could go under. All of them were small, just barely enough space for one person to be shielded from rain. The locations of these small places are:


By the way database can be accessed here, you need to fill in a search term, e.g., "luola" and the press "Hae". There's many interesting items on the list, throughout the country. Please take a look and go see the ones near you!

First glimpse of the main cave: 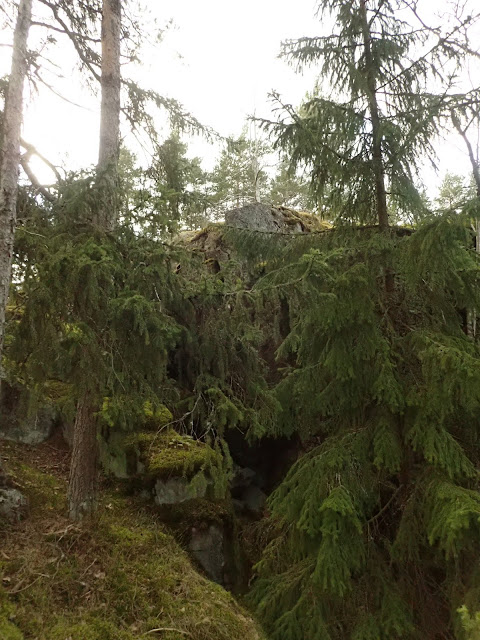 The roof cave part of the main cave, looking towards the boulders: 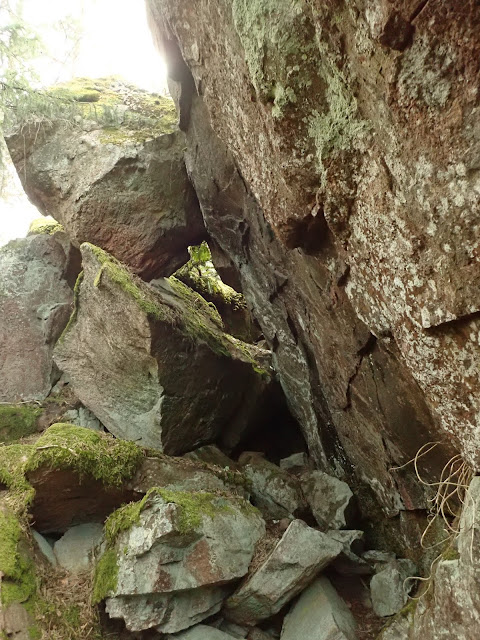 The area of the crack above the main cave, with boulders and holes underneath, but maybe not passable for a human: 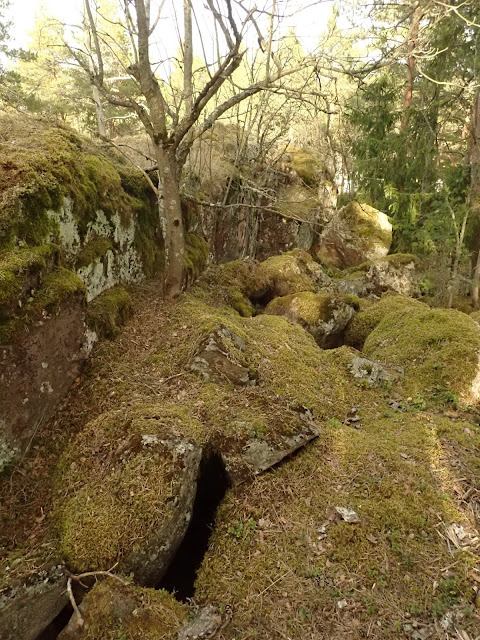 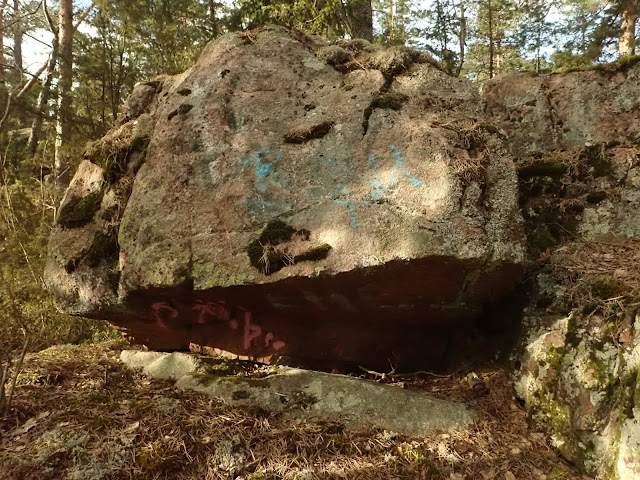 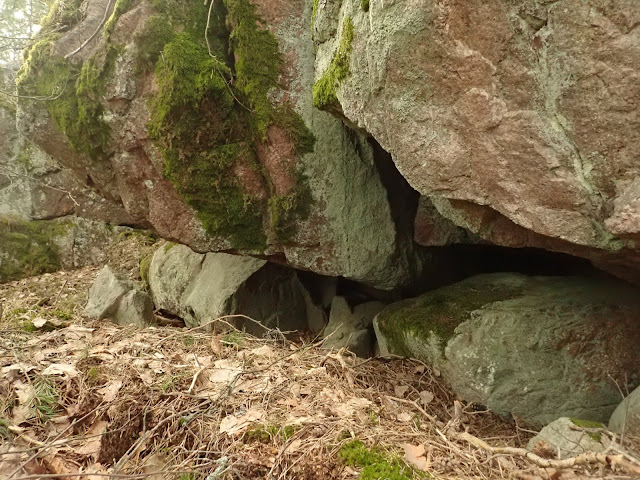 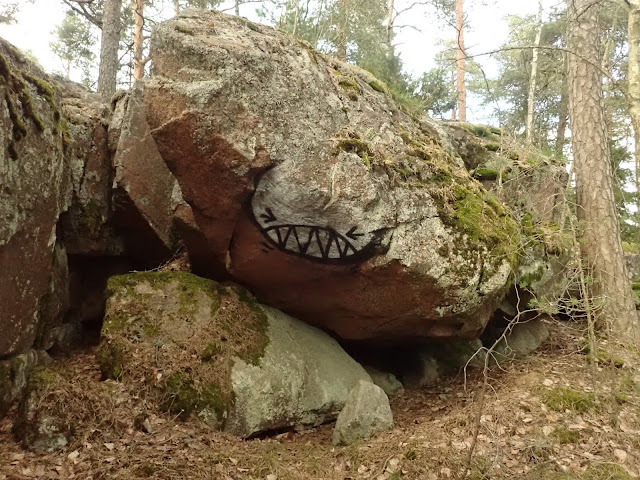 Small space under a boulder: 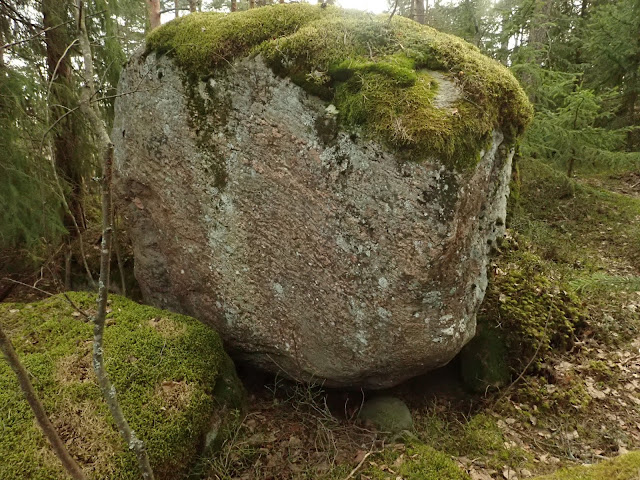 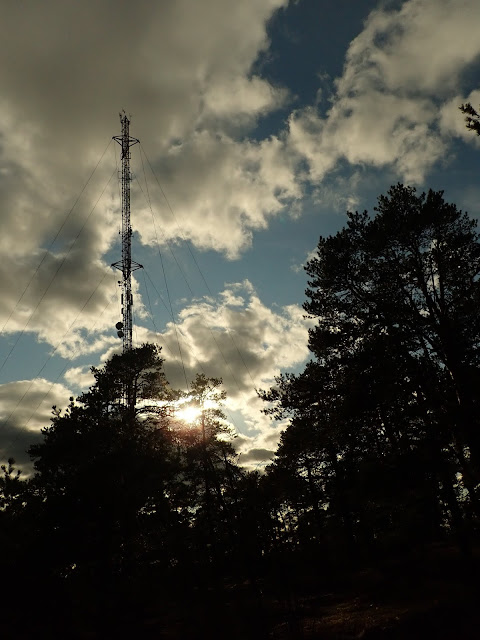 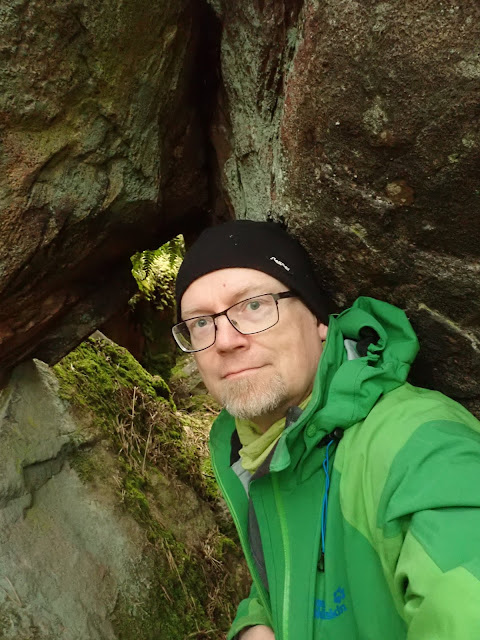 This article has also been published at TGR. See more caving stories at planetcaver.net, and all Planetskier and Planetcaver stories at Blogspot and TGR! Photos and text (c) 2020 by Jari Arkko. All rights reserved.
Posted by jariarkko at 12:34 AM