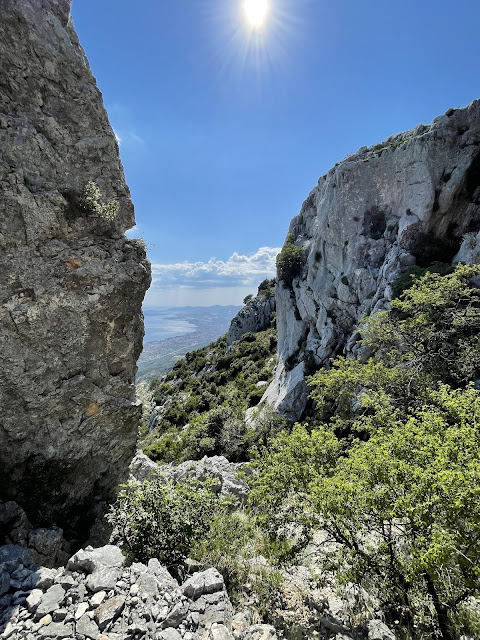 Mali Kozjak is a mountain ridge in Split, Croatia. Near the airport, in fact. I had seen this on a previous trip, and it looked interesting... was there a hike? After perusing through the Wikilocs and Starves of the world, and some (maybe not enough) local advice, it seemed like there's a nice walk up via the Planinarski Dom Putalj mountain hut. I chose to hike up a bit further north so that I could descend to the hut. But boy did that generate some headache!

Most registered hikes in the area skip a region around the highest mountain. But it looked walkable from afar, and there was one hike that went through that idea. But it turned out that (a) the missing few kilometers are an incredible bush and rock jungle and (b) there's a military radar base that can't be easily avoided.

There was not much to do. Either backtrack kilometers through difficult terrain and fail the hike, or keep going. I chose to keep going. It seemed that on one side of the base the bushes were far too thick to attempt going through. But on the cliff side the base fencing ended before the cliff, so presumably I could walk through there. However, it turned out that the cliff and the fence closed in, but that the fence also ceased to be. So there was an option to walk through the base -- which seemed mostly abandoned -- or

Obviously, I chose to go around the bushes :-) But had I gone through the base, I might have ended up on the other side fences, and would have had to climb under the gate here: 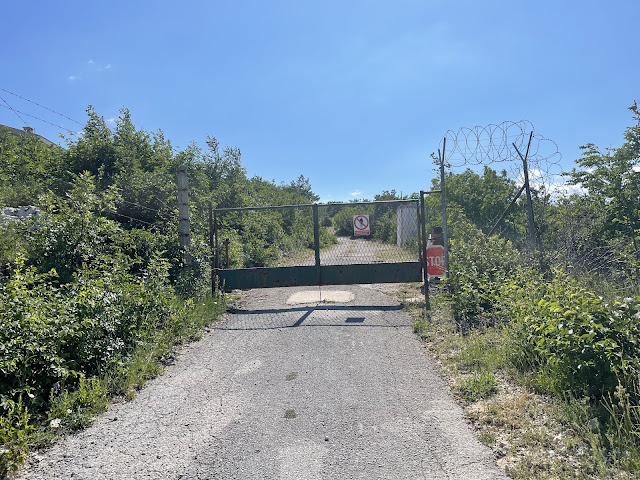 Obviously I wouldn't do such a thing, as a law abiding citizen I simply walked back and around through the bushes. (FWIW, it seemed I was not alone with these difficulties, see this blog for instance.)

When I finally got to the hut, I thought the difficult part of the hike was over. I started to descend what seemed to be the most direct paths. But those weren't hiking paths, they were derelict downhill mountain bike routes... quite challenging to keep your footing. I ended up scratching myself a bit in a small fall.

But no matter, after getting back to civilization and paved roads, I walked down further to the sea front, at the Gojača Beach in Kaštel Sućurac (N 43.54548 E 16.42768). It was quite a nice, small beach with some a cafeteria, nice park, and boat harbors around. Sweats washed off, mission accomplished. 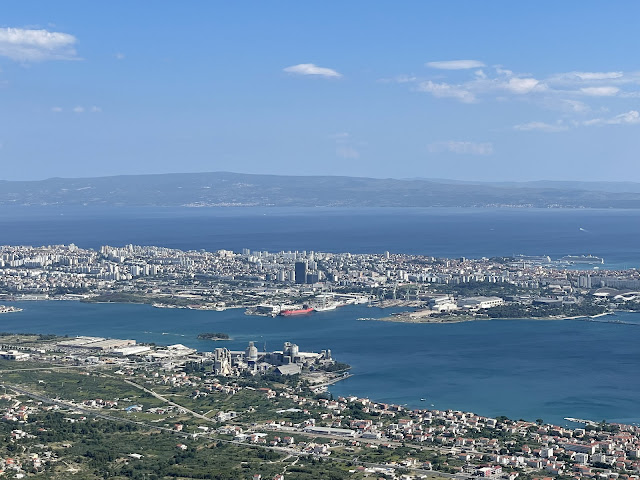 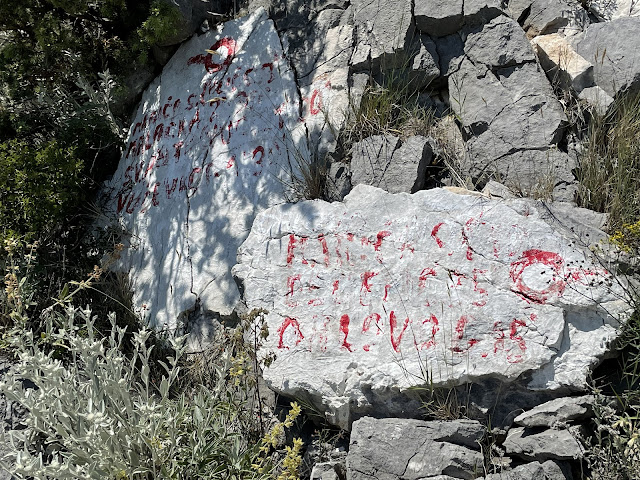 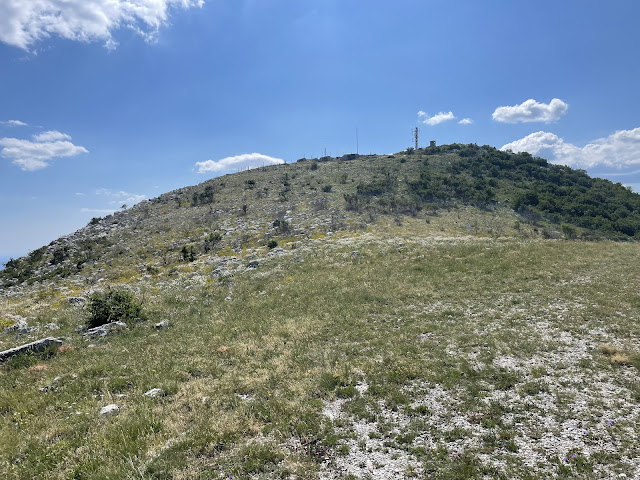 Hut at the top: 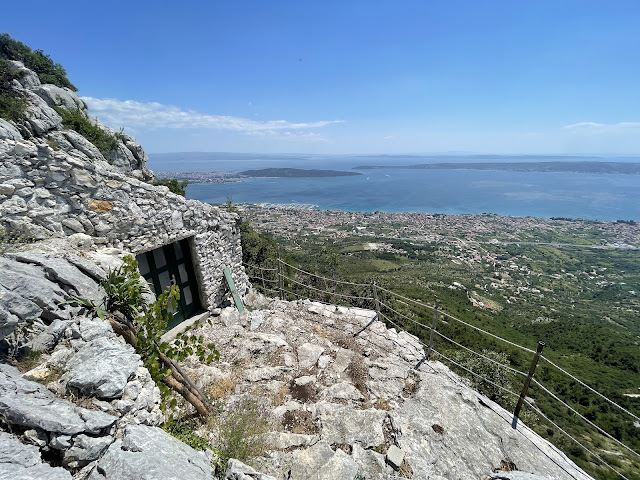 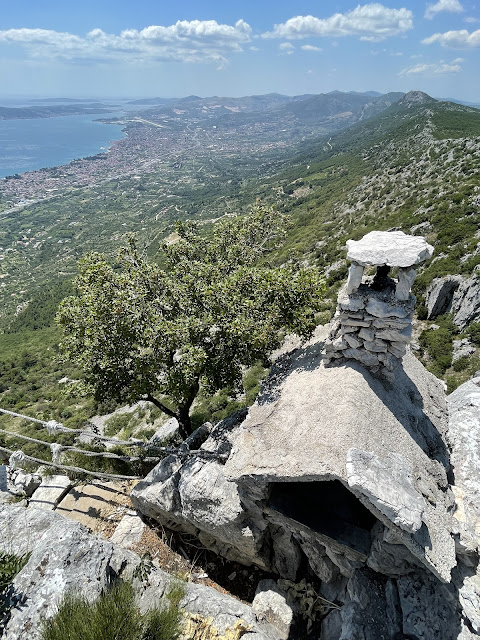 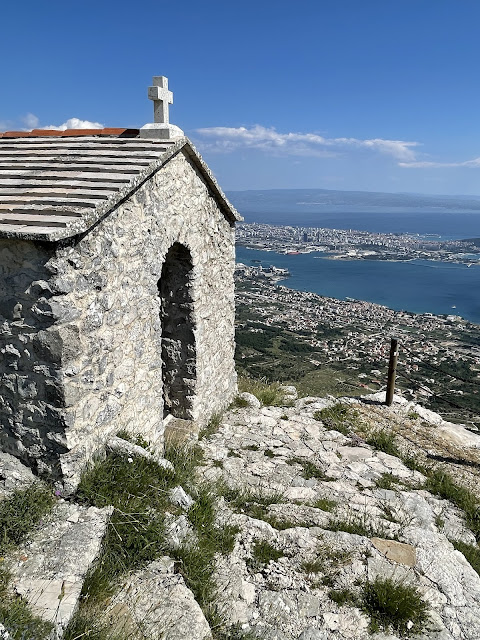 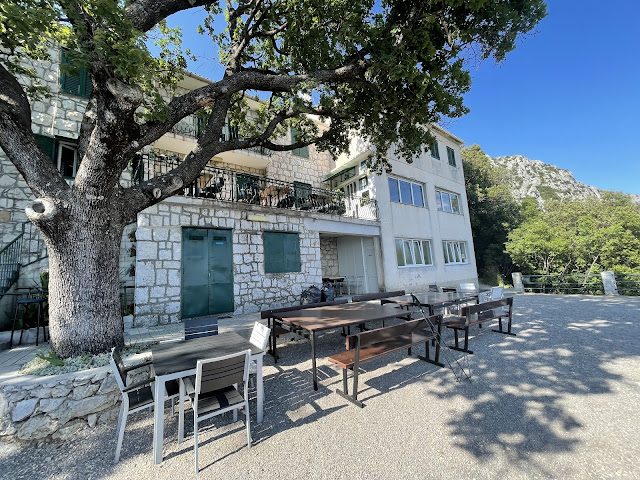 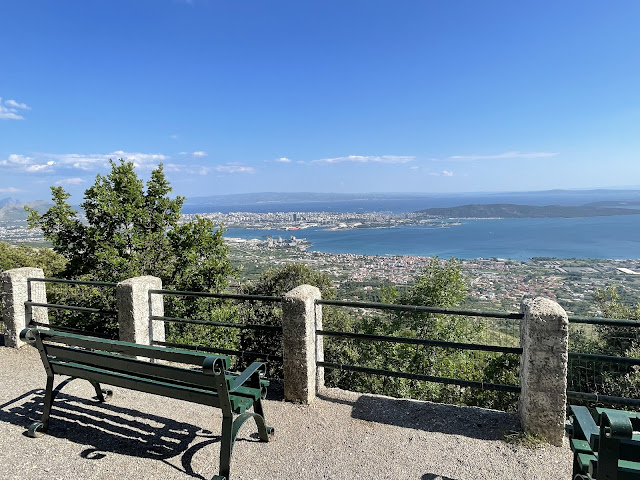 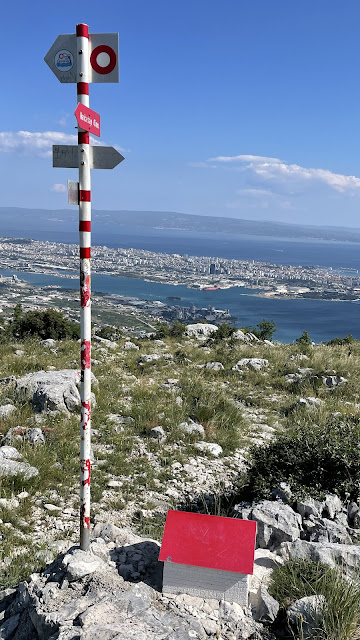 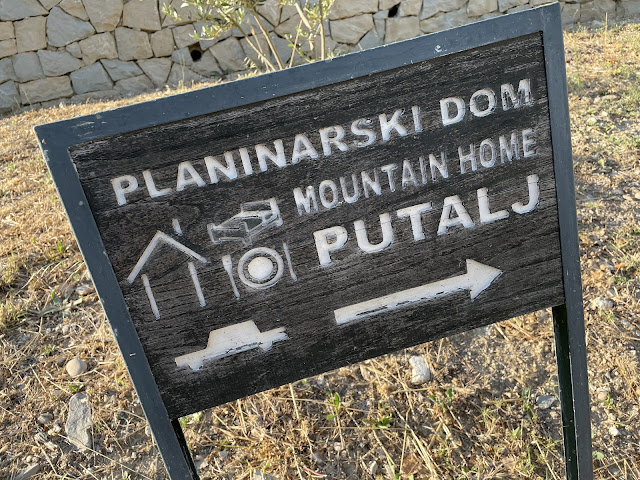 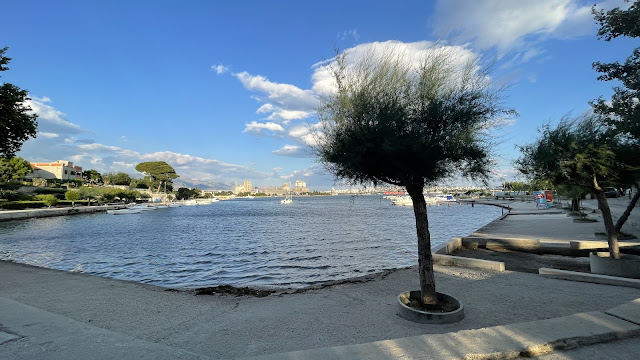 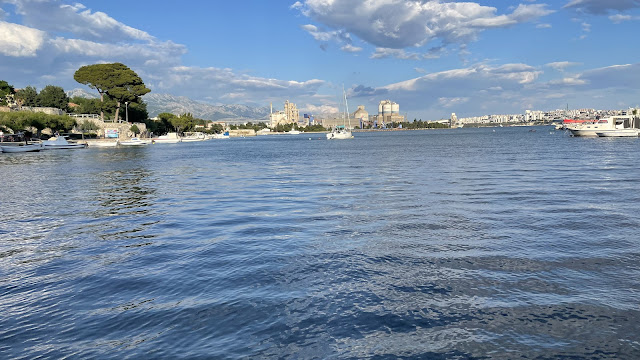 This article has also been published at TGR. For more urban exploration, climbing, sauna and swimming stories, check out theurbanexplorer.net, planetclimber.net, planetswimmer.com and saunablogger.cool websites! And of course the Planetcaver, and Planetskier blogs for other stories in Blogspot and TGR! The photos and text (c) 2022 by Jari Arkko. All rights reserved. I never take photos of other saunagoers or swimmers and visit when there is simply no one else or the facility has been closed or booked only for me.