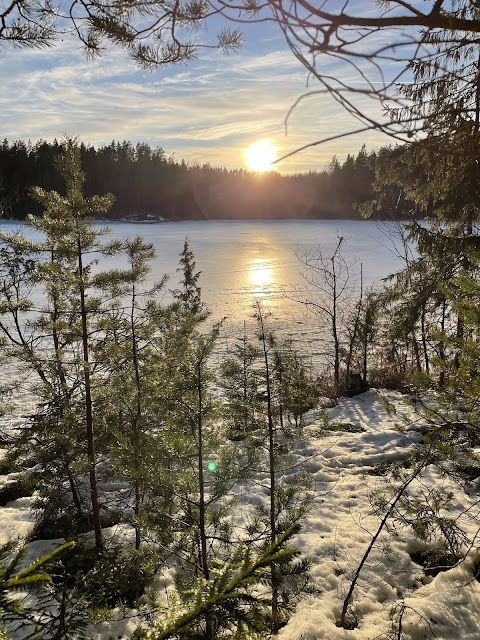 I was hiking around on my snow shoes, going around lake Kattilajärvi in Nuuksio. I was there for the sake of a nice walk in the winter weather, but also wanted to check out the many cliffs for possible caves. I've been here before, and saw for instance a wonderful roof cave. But then I came across a big cliff with a number of caves, not reported by others as far as I can tell.

The big roof / shelter cave near the eastern shores of Kattilajärvi is reported, see here for my article on it. I also reported some smaller caves in that area.

However, there's a tiny hole on the western shore. And, if you go further to the woods from the eastern shores you will come up to a large cliff, the Lippukallio ("Flag cliff"). Under the western side of the cliff there is a long 12 meters long shelter cave (but only 2.7. meters deep, so not very cave-like). 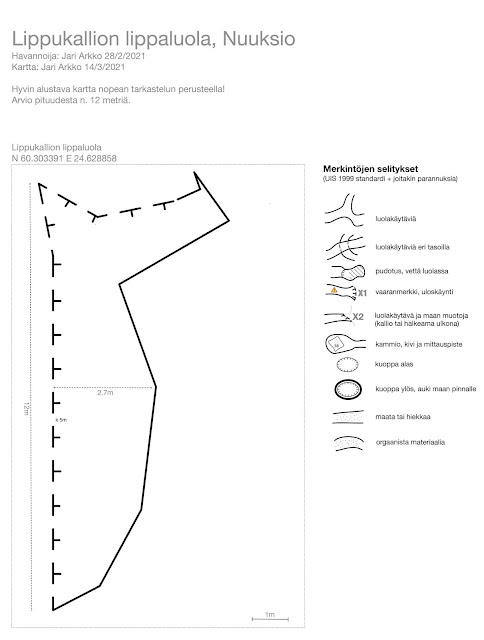 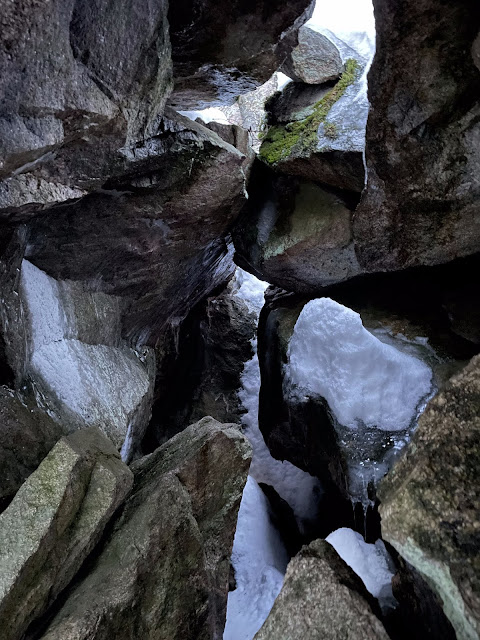 And the first one: 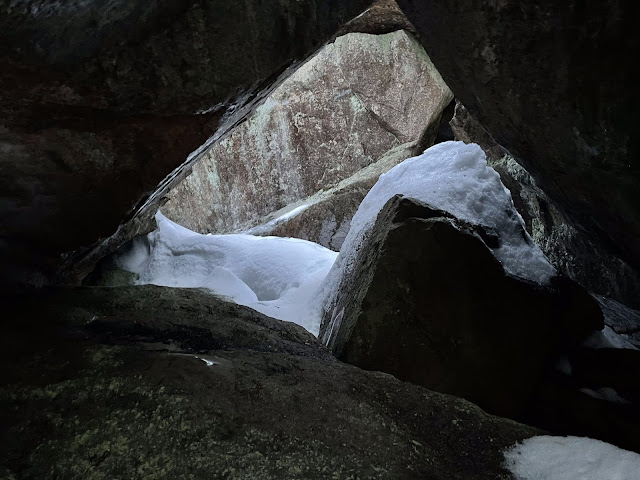 The area looks also otherwise interesting, just look at the holes in this cliff wall, for instance:

Here are some pictures of the shelter cave part: 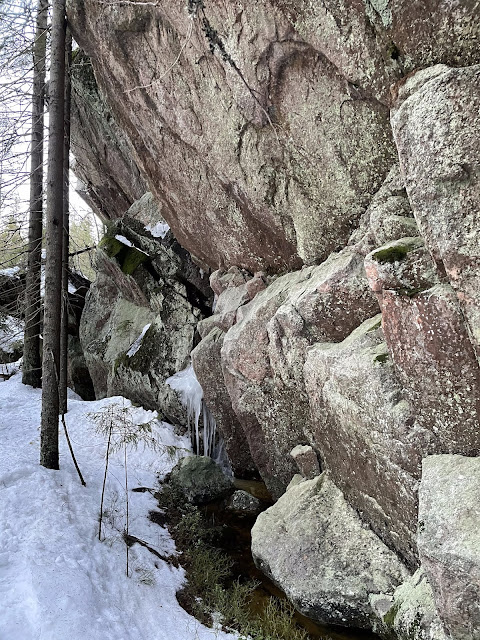 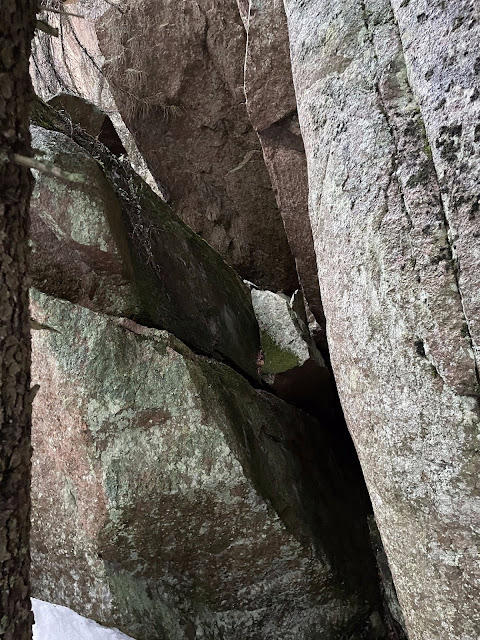 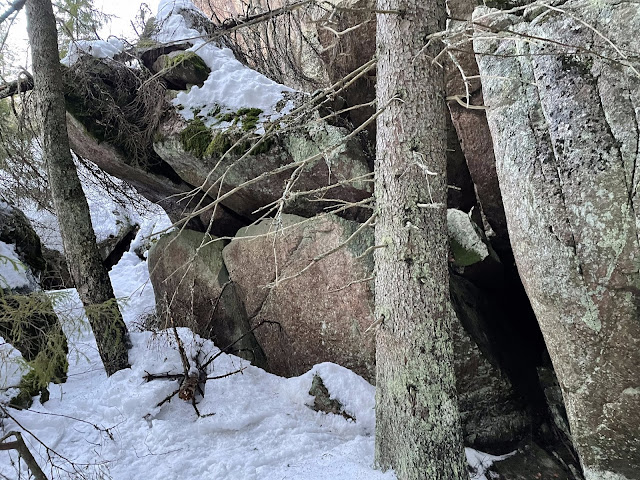 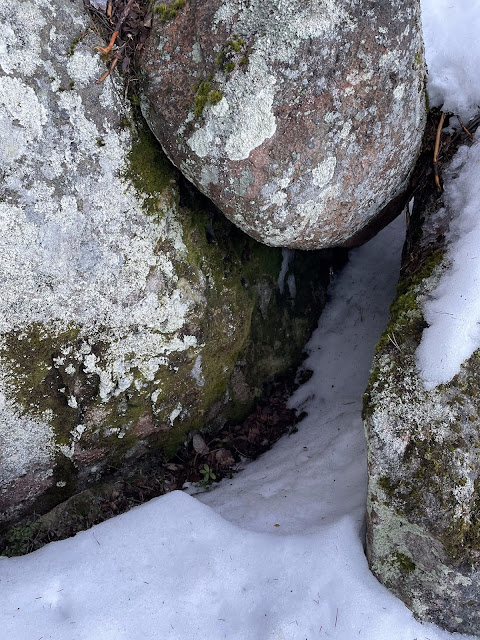 Unfortunately, the snow was very deep, I kept sinking in between rocks, and the darkness was arriving. I need to investigate these new caves later in the spring or summer, with better ability to see what's between the rocks without all that snow.

Here's the sunset as I was walking out of the caves: 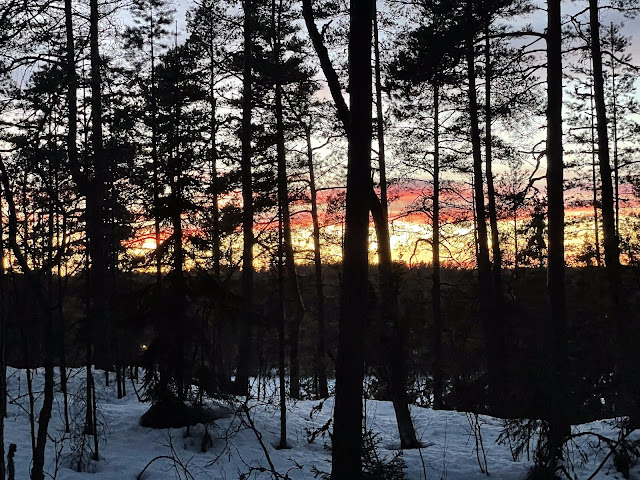 This article has also been published at TGR. Read more urban exploration stories from theurbanexplorer.net, and other underground stories from planetcaver.net. Read the full Planetskier series at planetskier.net, or all blog articles from Blogspot or TGR. Photos and text (c) 2021 by Jari Arkko and Jarmo Ruuth. All rights reserved.