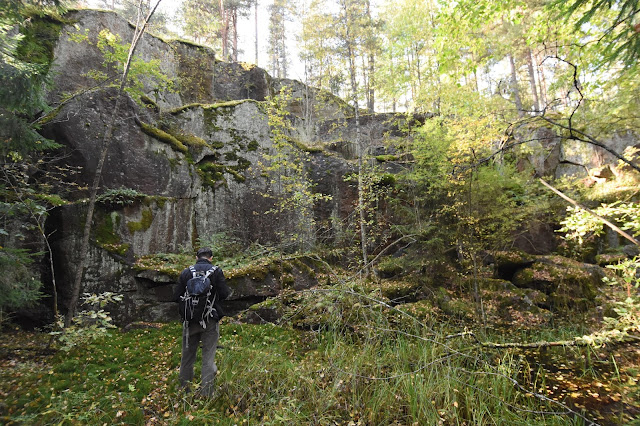 In better daylight and with Jarmo's help we now found the quarry. I must have walked 20 meters from the quarry wall (a 10+ meter drop, btw) yesterday.

The published coordinates were indeed somewhat inaccurate. The correct coordinates are N 60.27301376 E 24.76680261, or about 100 meters away from the coordinates that I was searching at yesterday. By the way, Jarmo came up with access to old maps at Maanmittauslaitos; you can select a year and view old maps at high resolution. Can be useful at times.

The quarry is quite impressive, with a high rock wall, and large boulder field further down in the slope. The boulder field seems to have many man-sized holes between the rocks, so there are some artificial caves here as well. I didn't feel like caving with my leg today, however. 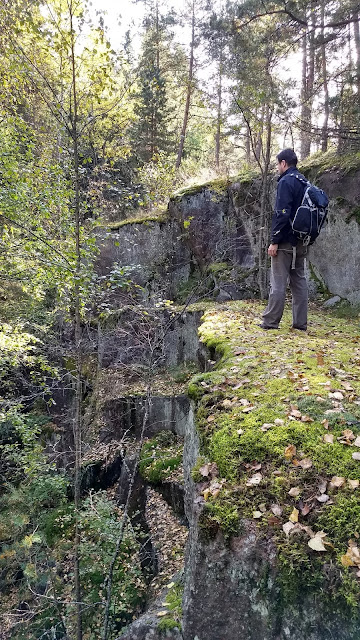 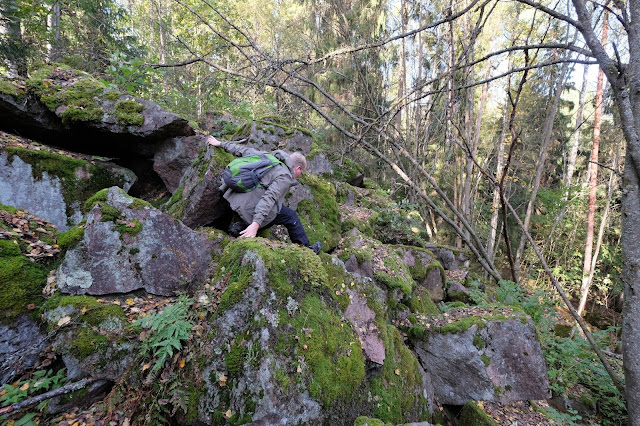 We also searched for two quarries on the Espoo side of the border in Juvanmalmi. One (at coordinates 60.269313, 24.759263) sits partially under the Juvanmalmi S-Market, so the rocky hill that existed here must have been levelled and the quarry no longer exists. Of course it is possible that these coordinates may have been inaccurate. I should still go back and see what's on the other side of the road in that spot; on satellite picture the area looks like there's either been a house or perhaps piles of rock. 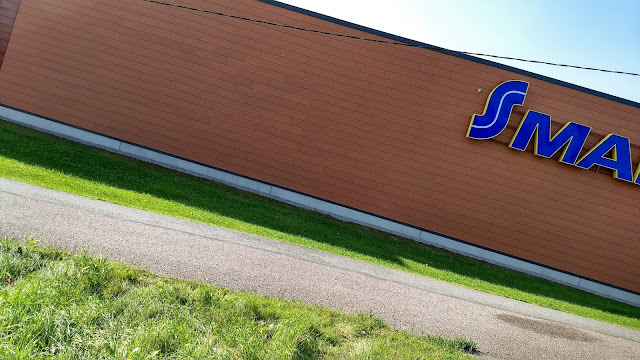 But the other quarry in Juvanmalmi, at coordinates N 60.27052645 E 24.76342734, is still there, on a hill behind warehouse. In the book the coordinates were given as 6684,65 2542,45 (60.270992, 24.763830) but those are also somewhat inaccurate, as they are now on the cut rock wall next to the warehouse yard. It is possible that the quarry extended this far earlier, but it seems that the primary area is in the above coordinates at least. There is also a small cave under some of the piles of blocks in the above coordinates. 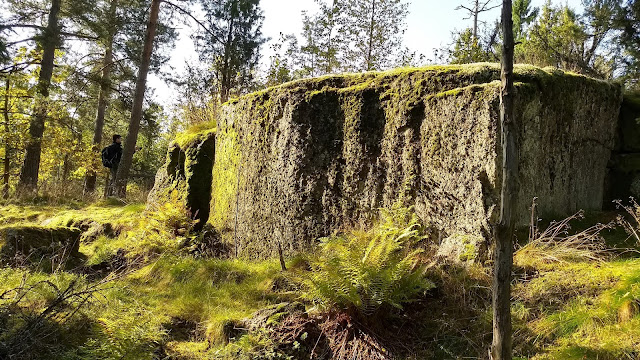 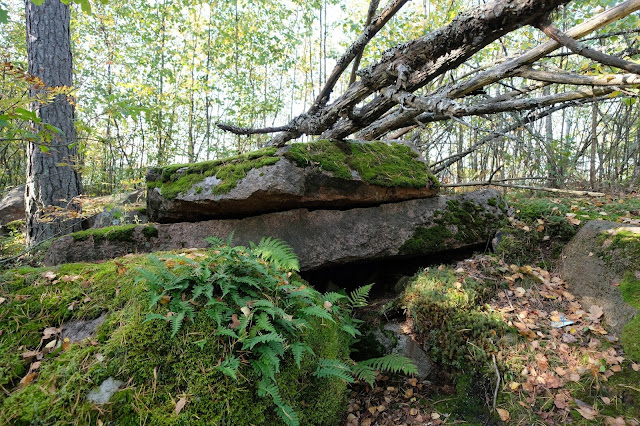 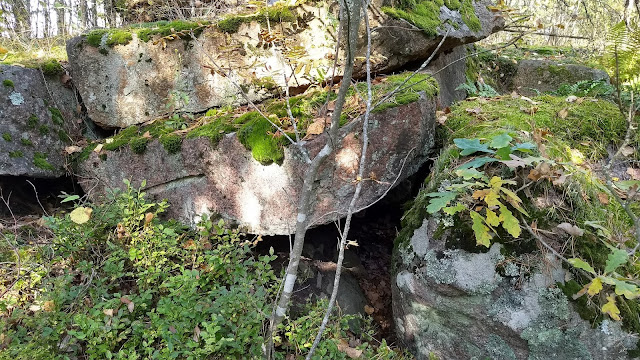 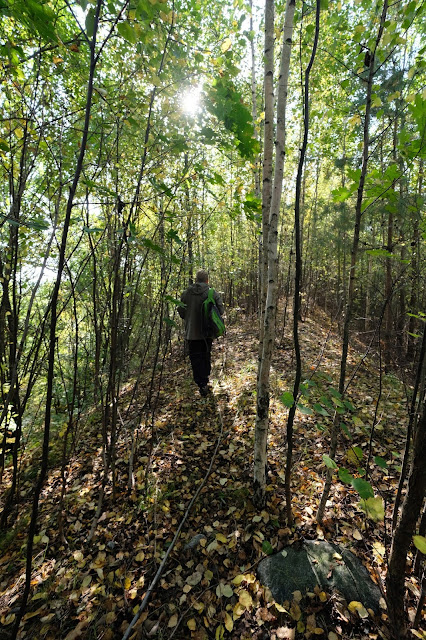 Finally, we visited the the site where I had found possible old small quarry. I still don't know if this is man-made, but there's some evidence of blocks being cut in right angles: 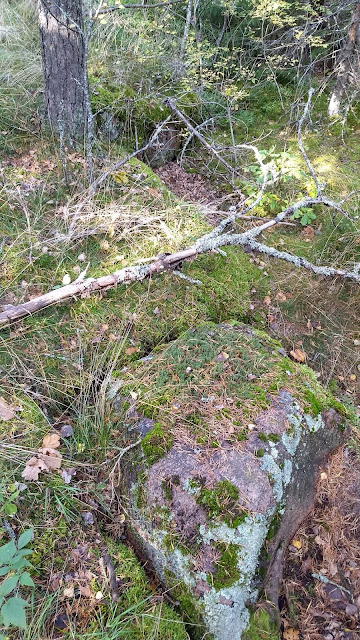 Photos (c) 2017 by Jari Arkko and Jarmo Ruuth. All rights reserved.
Posted by jariarkko at 8:51 AM