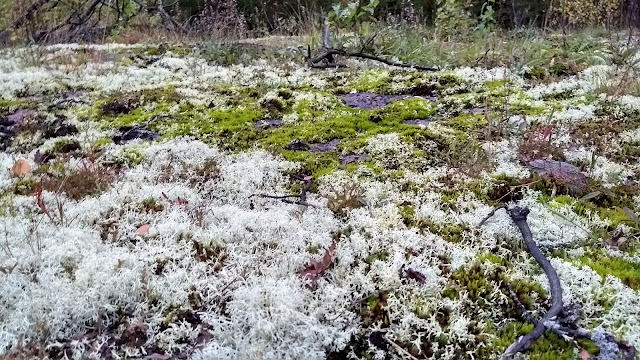 There's supposed to be an old quarry in Juvanmalmi. But I kept going up and down near the coordinates, but found nothing. Wrong coordinates? As the darkness came, I did manage however to put my painful foot to a hole in the ground, have it get twisted, and stuck.

Fortunately, I was able to get it out after moving around a bit. And the foot seems fine now, but I really didn't need any more damage on the foot.

But, I found a very nice excel sheet of the old quarries and mines from the GTK website, including WGS84 coordinates: database. They seem to point to the same place, on the Österbacken hill in Vantaa, just across the Espoo border in Juvanmalmi. There's no indication if the file was made by converting from the coordinates in older research, or if the researchers actually visited this site. Well, at least I know my rusty coordinate conversion skills produced the right result.

The book did indicate that the coordinates for the quarries in this area somewhat imprecise because they have been recorded on old maps while surveying. The coordinates come from a 1954 master thesis.

So what is it? Did I miss the quarry on my walk in the darkening forest? Or has the nature covered it too well? But according to the book the quarry operated all the way until 1993. Seems improbable that I could miss something like that. Or was there a mistake in the 1954 thesis, and since then the coordinates have just been copied in new publications? Has anybody actually been here and seen the Österbacken quarry? Or am I making a conversion error somewhere, and by accident others have made the same error?

I did however find a possibly man-made rectangular depression at the top of the rocky hill. I'm not sure if the site really was used to extract granite blocks, but it is quite rectangular. Yet, it is also deeply covered by vegetation, so if there was a quarry here, it must have been hundreds of years ago. The depth of the walls is roughly half a meter on the higher side, less on the other side. The coordinates of this place are: N 60.27328554 E 24.76570917.

Update: found a report about the protected area from the Internet, and they have picture of the quarry wall on page 21 of the report. It is there, but it is still unclear exactly where or if the rock walls I saw were the quarry.

This is what I found at the original coordinates, moss covered rock walls, but they did not seem to be man-made. 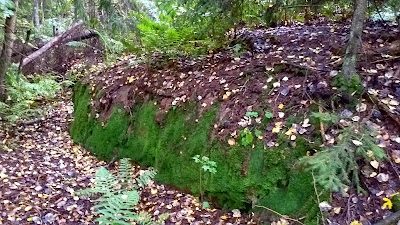 I parked here, on a nearby industry area: 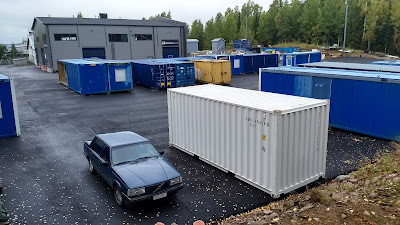 Here is the potential old quarry at the top of the rocky hill: 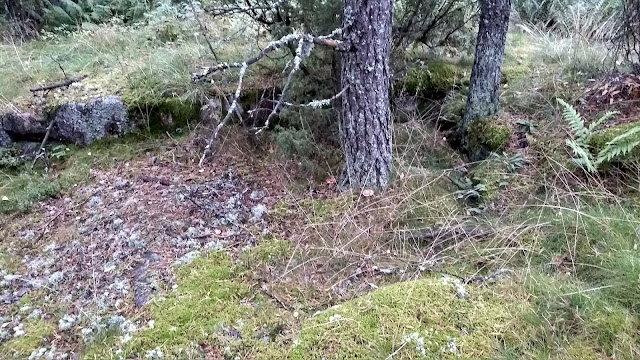 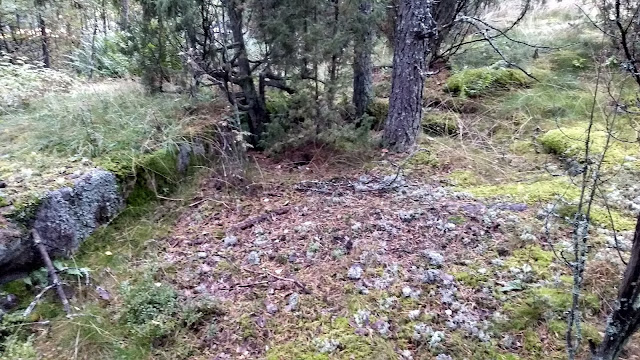 The industry area once I returned to the car: 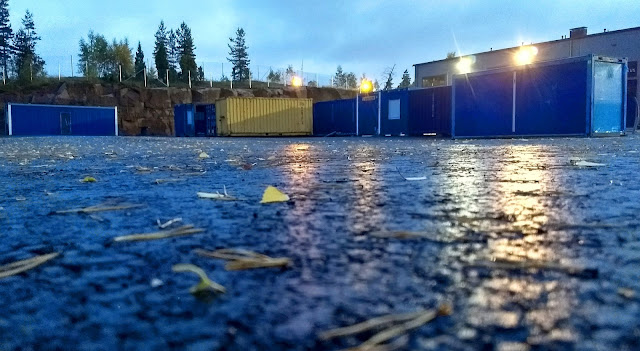