Map of the Nepperi Cave 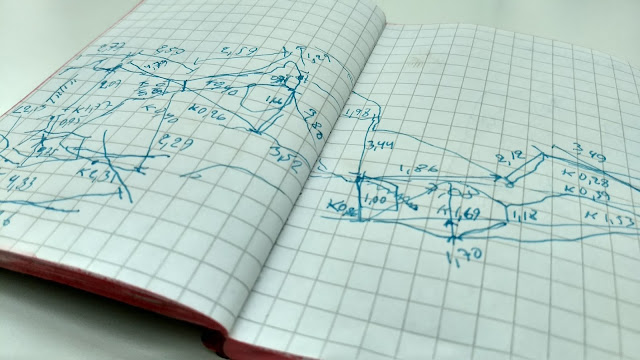 Nepperi is at the center of the big controversy: is the largest cave inside Ring III in Vantaa as currently believed, or perhaps in Espoo?

I'm trying to recover from multiple problems in my feet, and a cough, so excessive sports was not in the program today. But, I did want to go out somewhere nearby and see something interesting. And Jarmo was also interested in joining. We ended up visiting the Nepperi cave in Espoo. The weather was sunny and cave site was dry and ice-less. (On Jarmo's previous visit here he hurt his leg by slipping on the ice.)

I draw a map of the cave with some basic measurements. This isn't a proper cave map, but will give you an idea of what's on site (3 separate caves) and the overall shape and size of the caves.

I had previously visited the Nepperi cave but not explored it fully. I had also visited the Kalkkikallio ("Limestone hill") caves in Vantaa, and taken some measurements. Those measurements indicated that the main cave there was six meters (!) long, and that there might be a squeeze through another cave in the area that would total eight meters.

The Retkipaikka article concludes that the Kalkkikallio caves are the biggest one inside Ring III, though partially based on how cave-like they are. It is certainly true that Nepperi is not overall as cave-like. However, even Nepperi has a tight squeeze in darkness behind the larger open horizontal crack area.

I won't answer the original question about which city takes the win, because these matters are more about interpretation than measurement. However, I have now drawn a map of both cave sites (PDF and JPG), and there are even some numbers.

You could go under a rock roof or tunnel in Nepperi for at least 15-20 meters, whereas in Kalkkikallio you can do that for at most 8 meters, or at least in the cave parts that I found.

The dark, cave-like part is shorter in Nepperi (something like 4-5 meters) than in Kalkkikallio (6 meters). But to get to the dark part in Nepperi you need to traverse under the rock roofs on both ends for several meters.

Furthermore, while the entrance to the main cave in Kalkkikallio is very tight, at Nepperi the tightness follows almost throughout the cave, as the vertical crack / roof area is for the most part very low. Finally, most roof caves in Finland are at ground level, which makes them feel easy. At Nepperi the crack is half way up the cliff, and is quite exciting.

But of course, both caves are interesting, and different. Happy that we have those caves in so near the densely populated city areas. 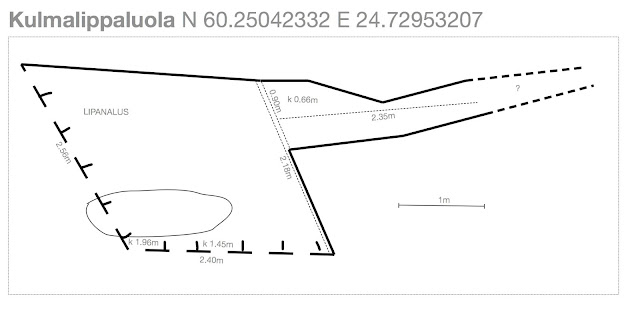 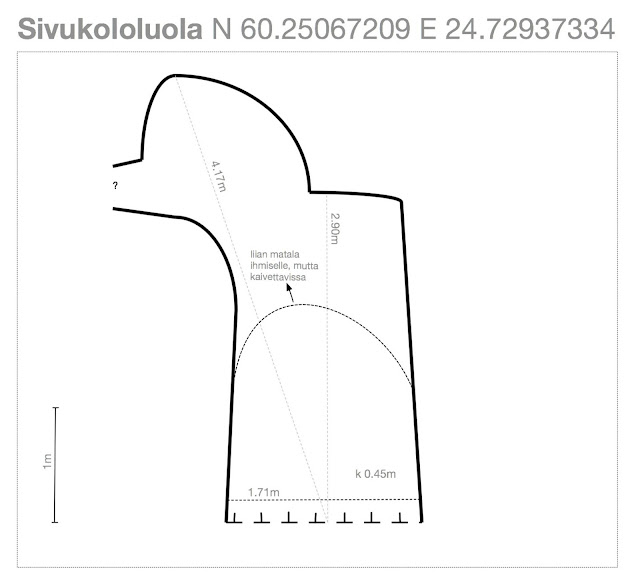 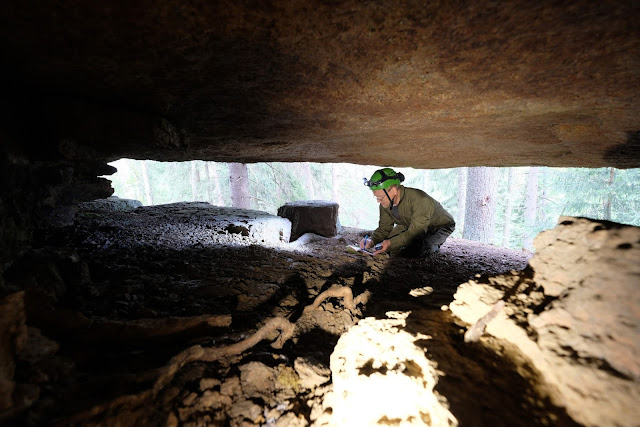 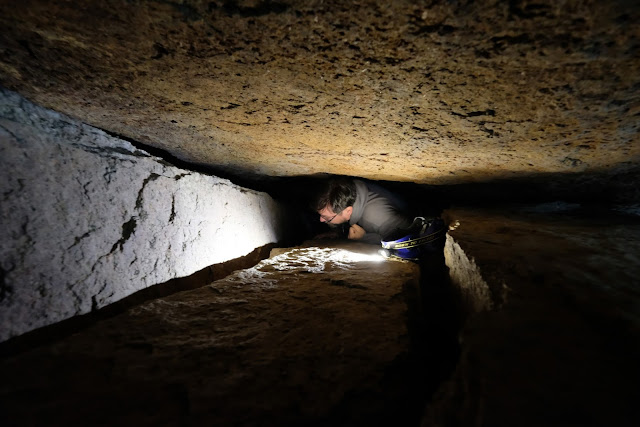 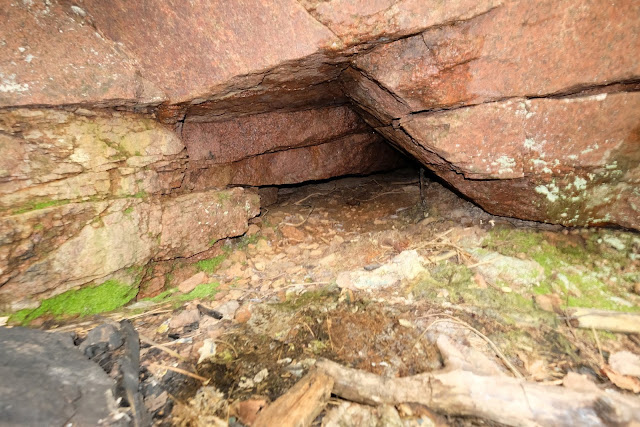 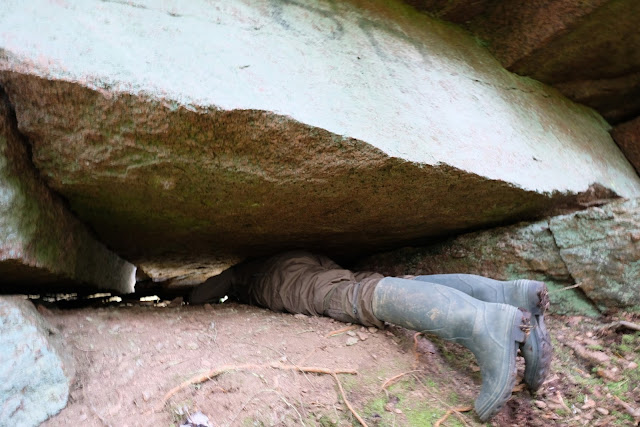