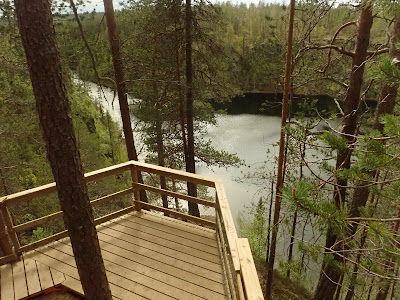 As I was driving back from Ylläs, I came across an odd sign about Pakasaivo, which translates roughly to "Frozen Brain". What was it? I had to stop and look it up. Soon I was driving the tiny 11-kilometer road to go see it.
Pakasaivo is a small, freaky lake with some special geographical and biological characteristics. To begin with, it is a lake that is entirely surrounded by 60-meter cliffs. Going down to the lake beach is possible, but tricky. There are, however, well-constructed observation platforms, hiking paths, and the lake is just 200 meters from the official parking lot.
But the real oddities start deeper down. The lake has no incoming or outgoing river flows, except for a small but very nice waterfall from a stream near the observation deck. The theory is that there are underground water flows to and from the lake.
The real odd thing, however, is 12 meters under the lake surface. The regular lake water turns into to hydrogen sulphide-rich water at that level, and there's no oxygen in the water. Bacteria and other life doesn't life there, so anything that has sunk to the lake stays unchanged for a very long time. Such as trees fallen to the lake, or boats sunk there.
There has been only limited exploration of this interesting lake. What wonders lie beneath the water, or on the most difficult-to-reach parts of cliffs? Are there are underwater rivers?
There's also a cave in in the cliffs, reported by the book caves in Finland ("Suomen Luolat") and by the website dedicated to Pakasaivo. I was unable to find it though, despite fairly good instructions on the website. The problem is that the location is in the middle of the cliff, and it is not easily visible. I went back and forth on the designated spot, but perhaps at wrong levels in the cliff.
But I did go further down and started climbing a sketchy canyon going up. The area seemed promising for small caves, and indeed there was one small hole between the rocks at coordinates N 67.61696 E 23.79385, maybe 10-15 meters above the lake. But eventually I gave up going all the way up, as it was getting even sketchier.
You can find more information about Pakasaivo from Wikipedia and a dedicated web site. 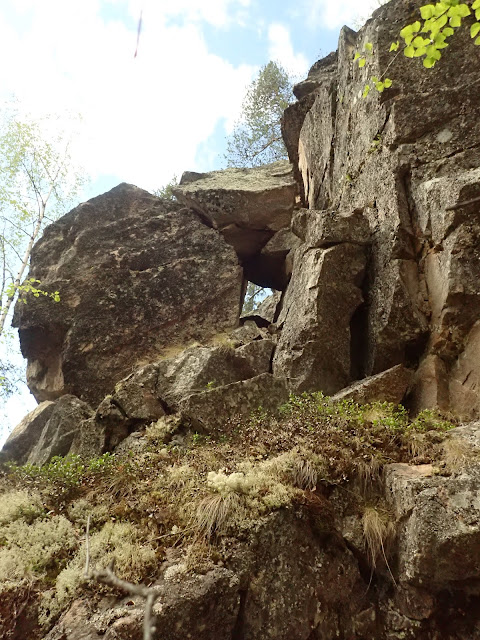 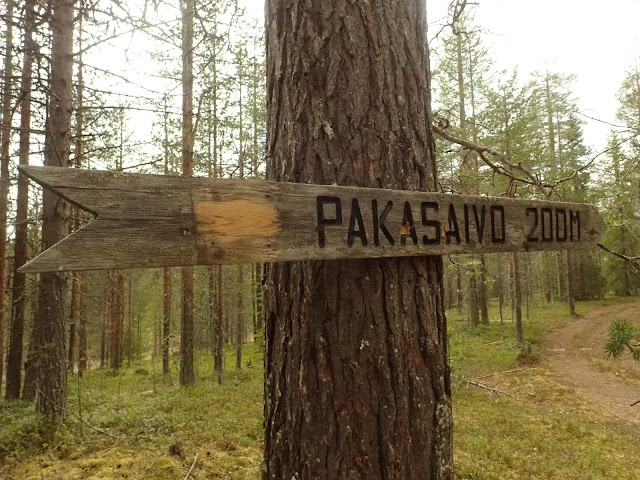 See more caving stories at Planetcaver.net, and all Planetskier and Planetcaver stories at Blogspot and TGR! This article, pictures and videos is (c) 2020 by Jari Arkko. All rights reserved.
Posted by jariarkko at 3:42 AM