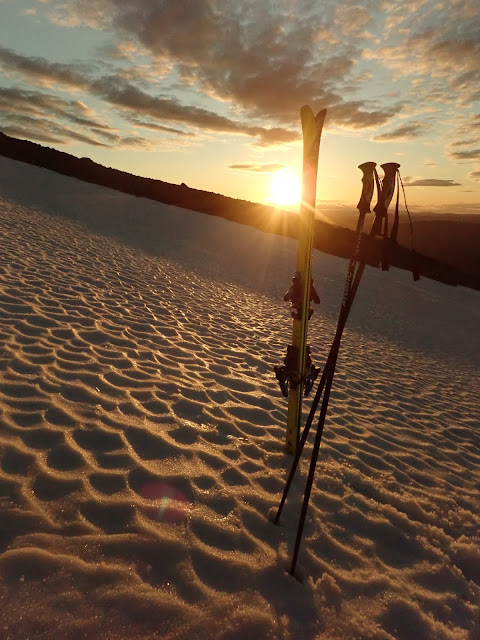 I decided to do my own Ylläs 24 event, to replace the one cancelled in April. It is already June, not a lot of snow remains. But some, and what a wonderful sunshine for the entire 24 hours - midnight sun was shining, as Ylläs is far above the arctic circle.

I can't explain how lucky I feel to be able to do this. Having something like this near enough to be able to drive here, in a place that has round the clock sunshine, the good weather, having free time to do this. And snow this late in the year!!! Although a week or two earlier would have been even more spectacular in terms of more skiing :-)

The Ylläs 24 is a round-the-clock skiing event, organised as a happy, amateur event put at the same putting in some good amount of vertical for the 24 hours. Usually, the skiers go up by the Gondola.

I hiked up from the parking lot to the top, not entirely aware of how much snow there would be or would not be behind the clouds that didn't depart until I was on my way. Turns out the main slopes, such as the World Cup run, were mostly out of snow. But there were some good 200-300 meter runs at the top towards the north.

I stayed up in a tent, in comfortable temperature but some winds that were flapping the tent through the night.

And I still can't get over the colors of that midnight sun. 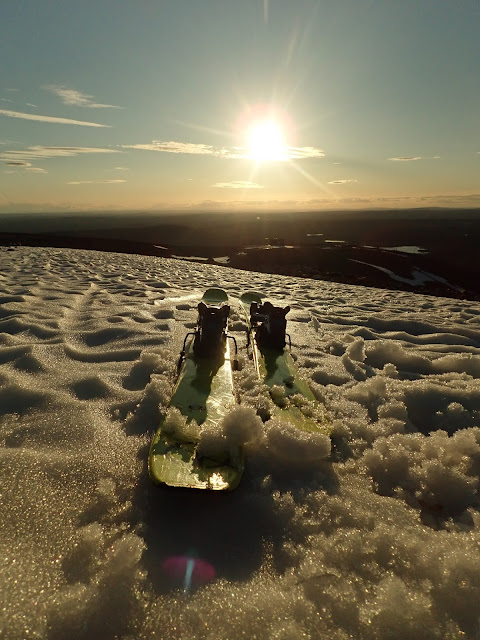 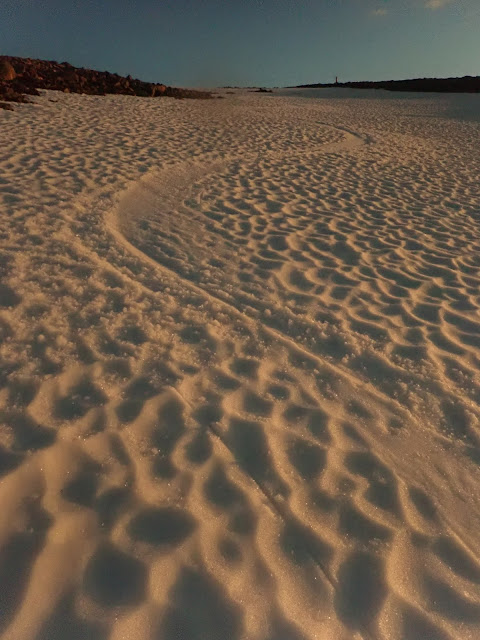 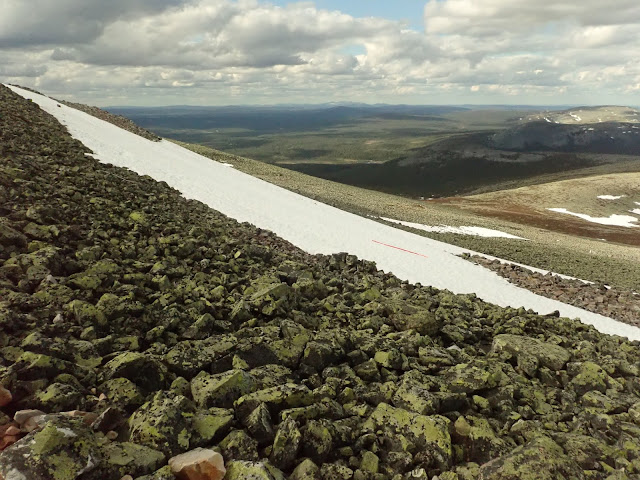 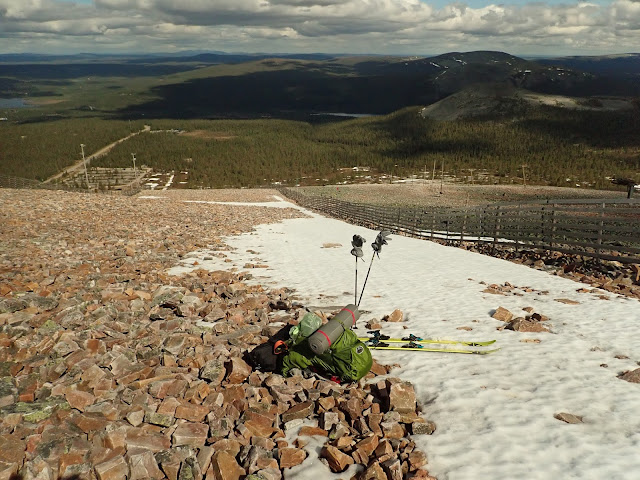 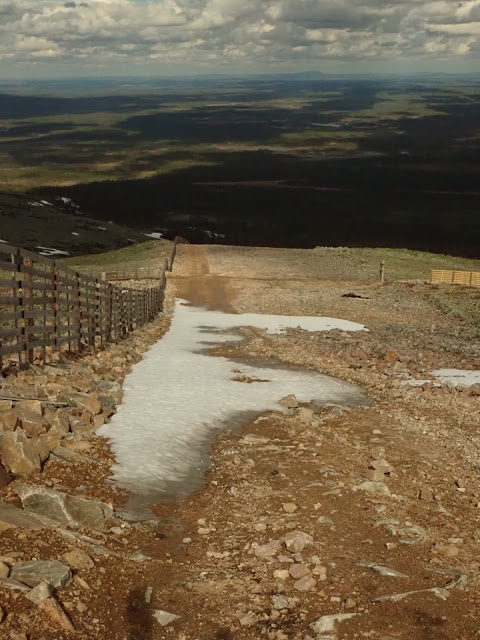 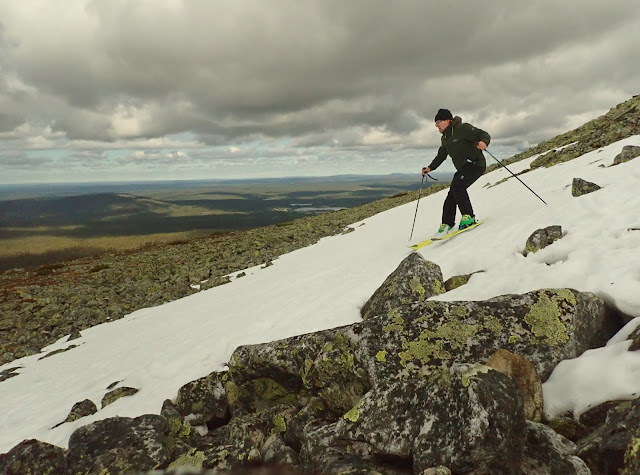 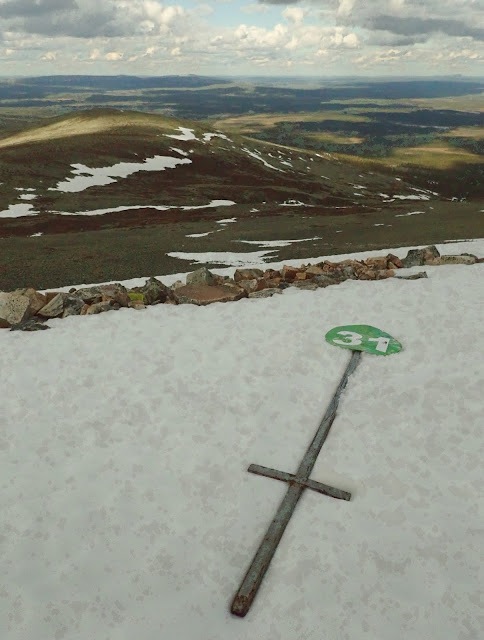 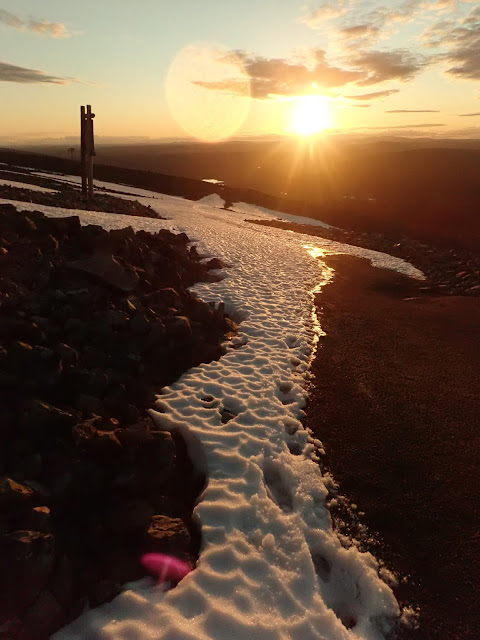 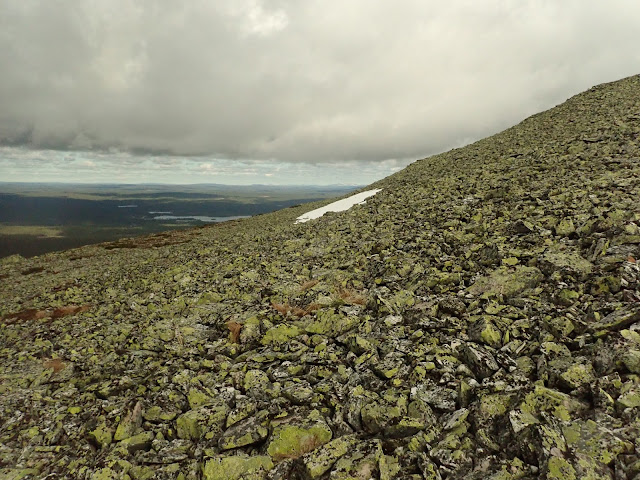 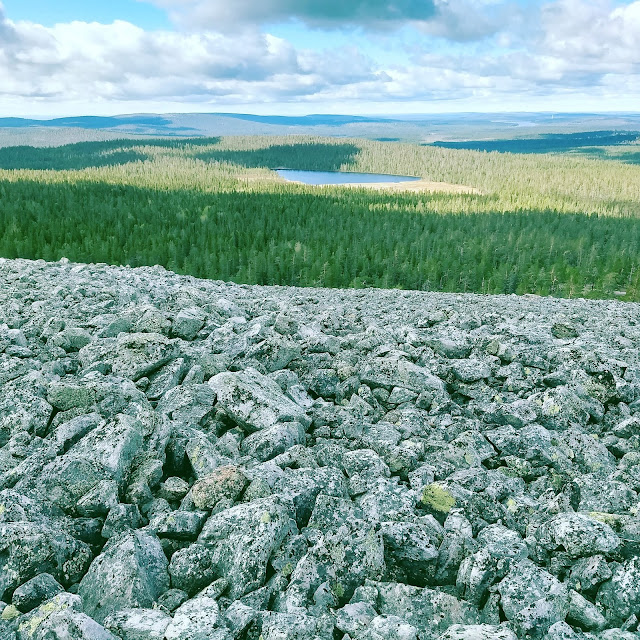 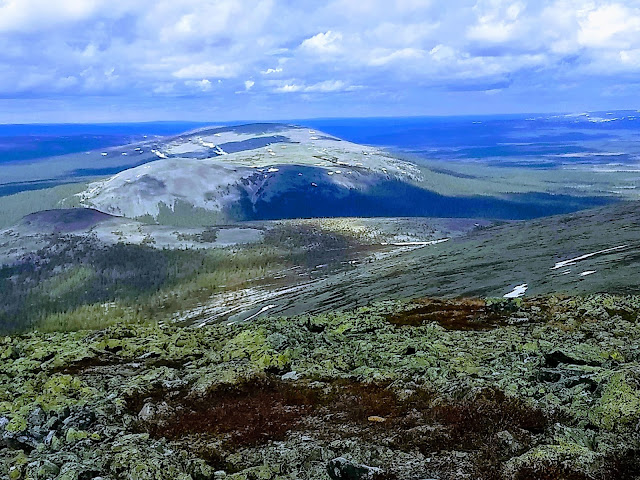 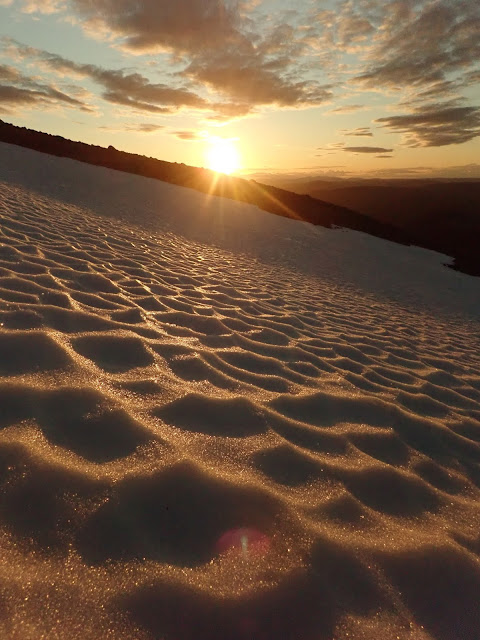 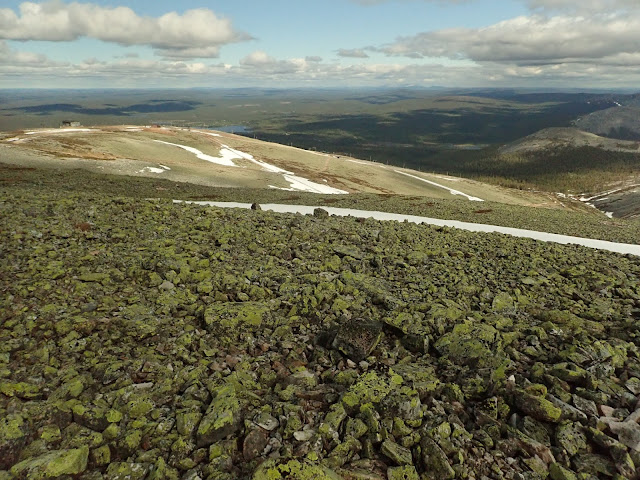 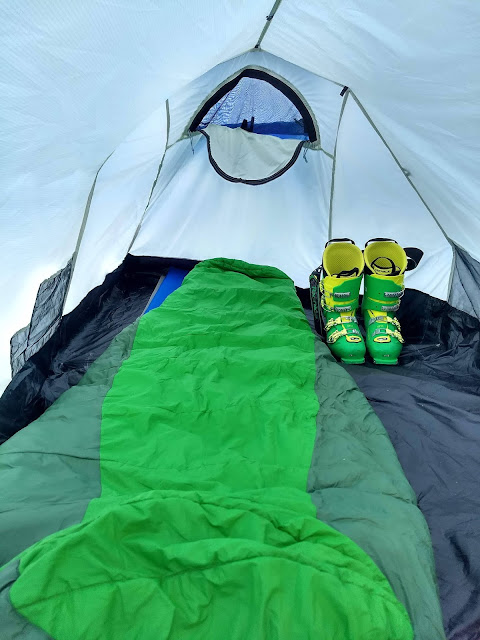 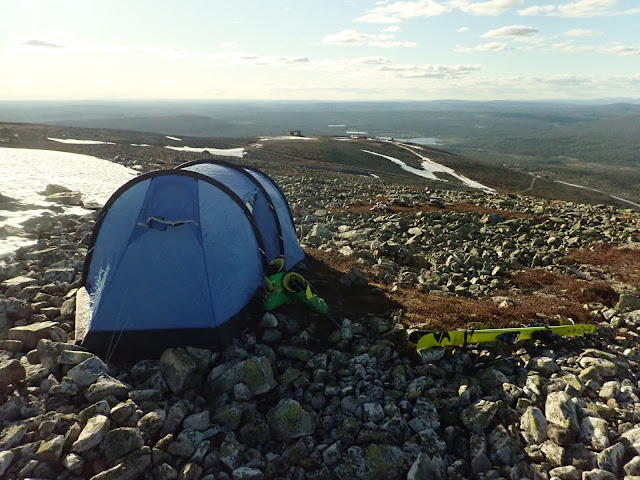 This article has also been published at TGR. See more Planetskier stories from TGR, Blogspot, and Planetskier.net. Photos, videos, and text (c) 2020 by Jari Arkko. All rights reserved.
Posted by jariarkko at 1:16 PM