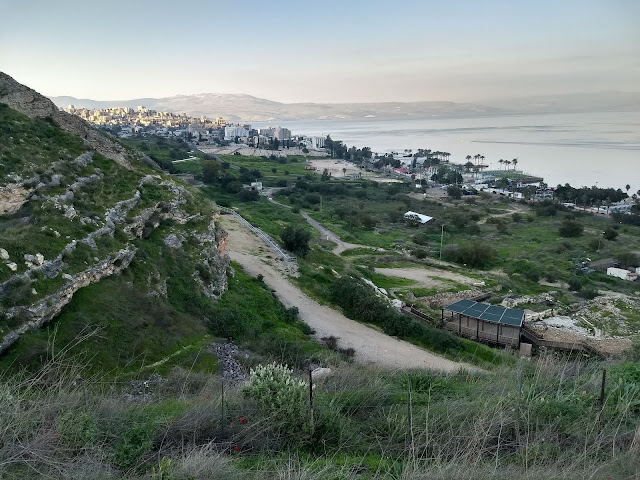 As we returned from the skiing in Israel, I wanted to stop at a cave in Israel. Most of the show caves are closed in the winter, but there should be enough natural caves to visit, right? Not so... we failed to enter the ones we found for various reasons.

Unfortunately, the cave that we had decided to visit in town of was inside museum grounds at the Berko Archelogical Park in Tiberias, on the shores of Sea of Galilee. Unfortunately, it turned out that everything is closed in Israel on Fridays. We kinda should have know, so we can only blame ourselves.

Tero and I hiked to the rocky hills behind the museum in the hopes of finding other caves, or perhaps an access to the cave, Пещера (coordinates N 32.773 E 35.543), that we were looking for behind the museum compounds. But there were no other caves high up on the hill, and the access down the hill was only over the cliff.

We came down and attempted to enter the area from another road. The hill behind the museum is visibly full of cave entrances. But this time we were unable to enter the original cave due to the area being fenced off. There would have been other, very interesting caves on the hill, but it would have required a hike through bushes that I at least felt I needed better shoes for. And our hiking shoes had been lost in the ski bags that never arrived in Israel...

In the end, we were running out of time to head back to the airport for our flight home; we aborted the mission and had to leave without entering a single cave in Israel. Sad. 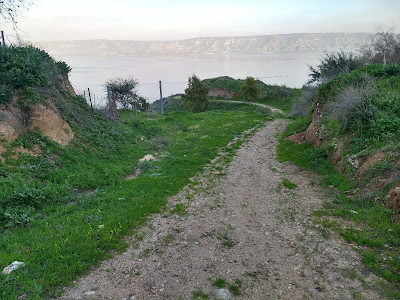 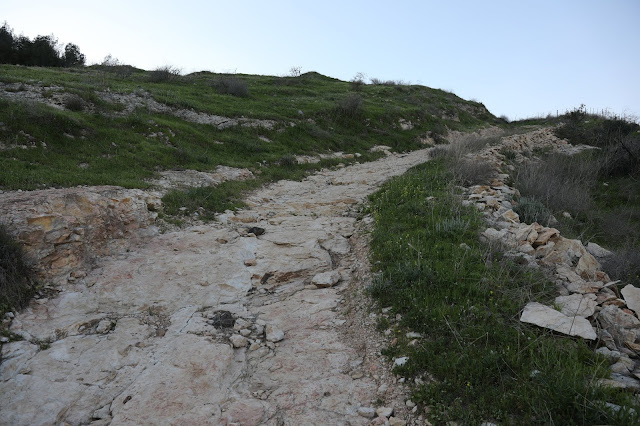 See more caving stories at planetcaver.net, and see other articles by the planetskier at Blogspot and TGR! Photos and text (c) 2020 by Jari Arkko and Tero Kivinen. All rights reserved.
Posted by jariarkko at 1:23 AM