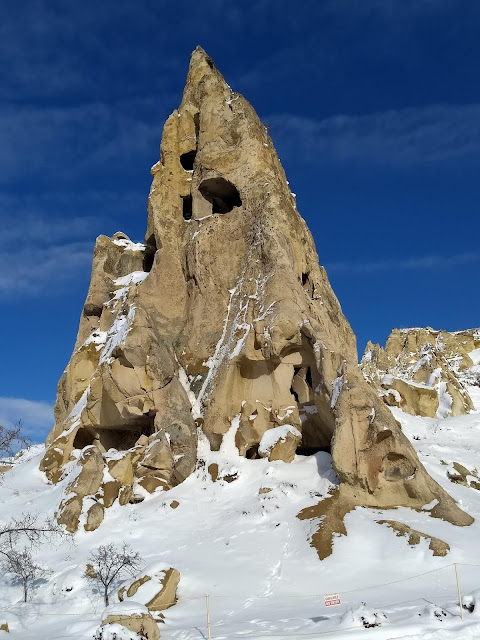 The others were going skiing early in the morning, but I needed to stay a bit behind to take care of some work and home things from the hotel. But my friends came back, the Erciyes ski area was closed at least for the morning.

By eleven, I was done and we started to look what the situation is. It didn't seem likely that the ski area would open. I proposed to go hiking on one of the nearby hills. But the hotel reception thought skiing on that hill was illegal, and we might be caught by the police. I still thought we should go for that but my sensible friends disagreed.

So we headed to Göreme, situated in Cappadocia, an hour's drive west from where we were in Kayseri.

Cappadocia hosts incredible rock formations, towering pillars. And not only that, because the quality of the rock has enabled them to be carved for shelter, with entire towns living in these carved apartments.

We went to see the Göreme open air museum, which was spectacular, consisting of many living quarters and countless small chapels and churches, all inside rock. And in downtown Göreme, we observed the modern city life among the rock pillars and luxyry hotels. Maybe worth a visit some day, e.g., the Anatolian Houses hotel is housed inside eight fairy chimneys,

Here's my video about it: 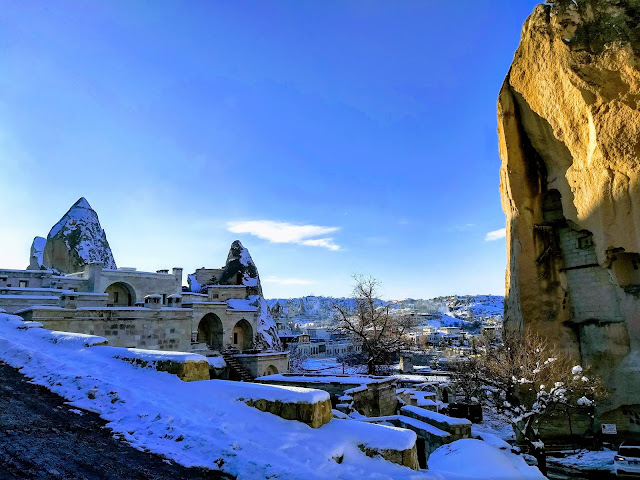 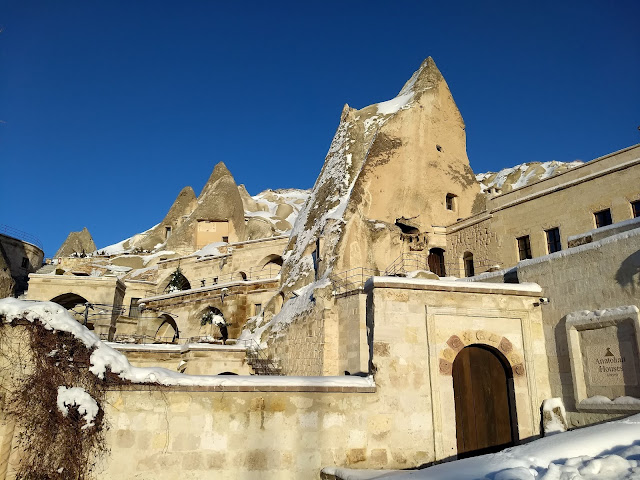 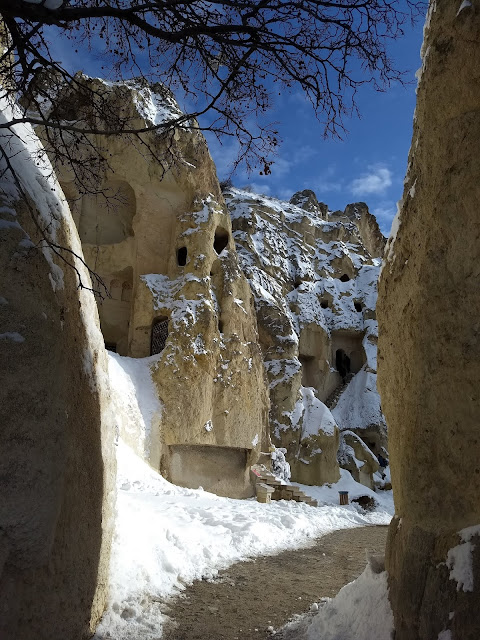 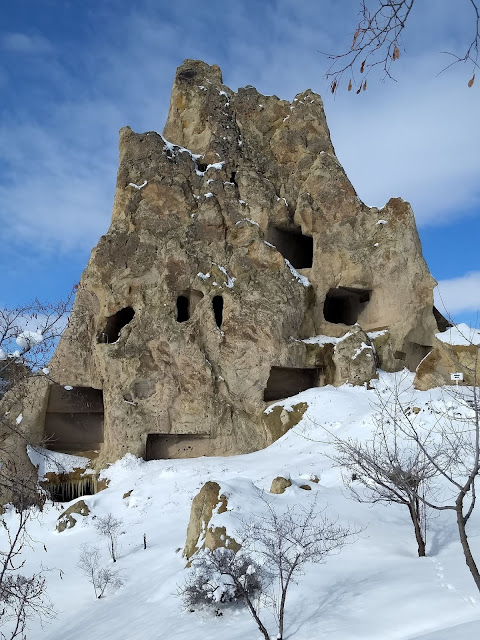 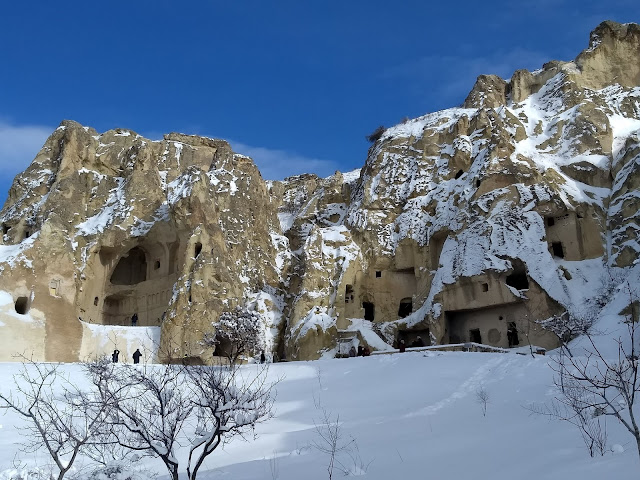 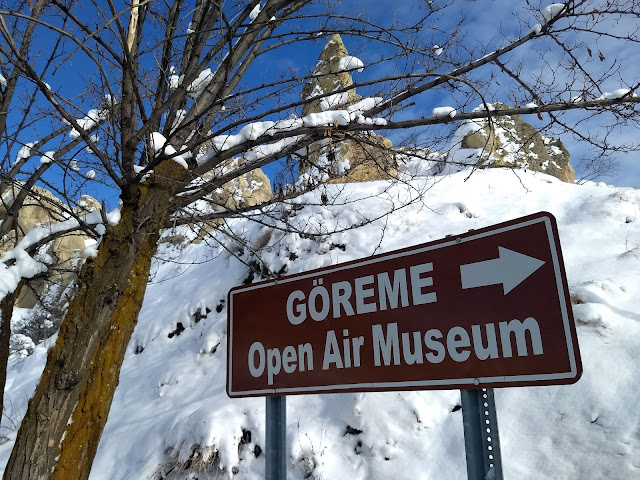 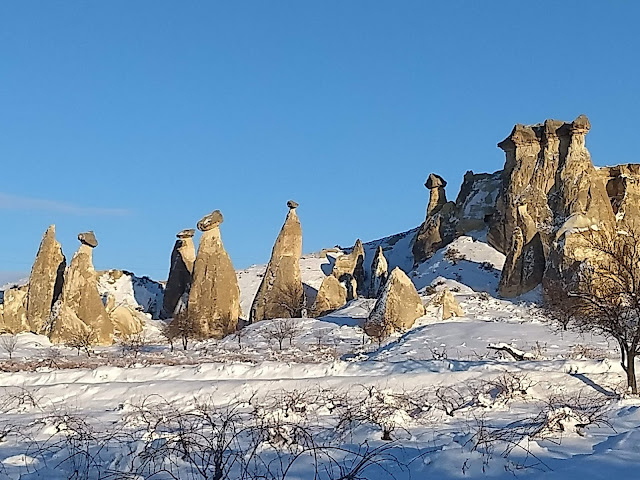 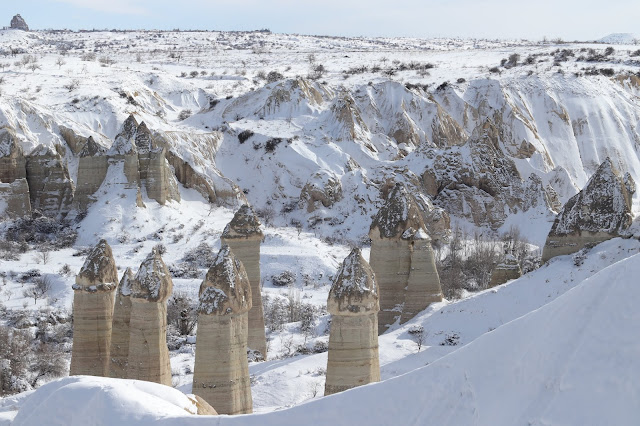 And here's the team, Jarmo, me Jari, Sasha, and Tero: 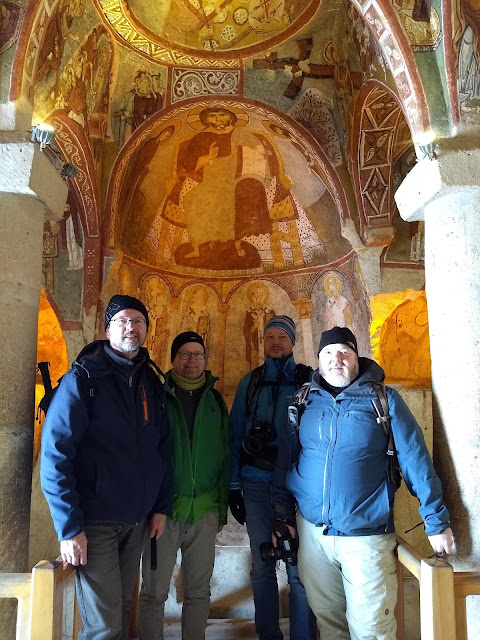 This article has also been published at Teton Gravity Research (TGR). See more caving stories at planetcaver.net, and see other articles by the planetskier at Blogspot and TGR! Photos, videos, and text (c) 2020 by Jari Arkko, Jarmo Ruuth, Tero Kivinen, and Alexander Krotov. All rights reserved.
Posted by jariarkko at 4:48 AM