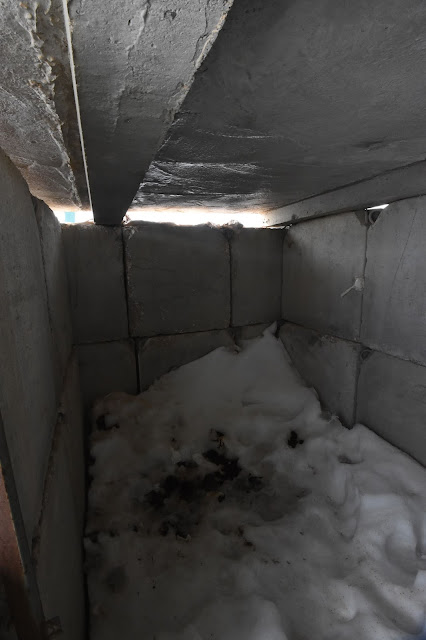 What a shitty bunker! Literally.

This was a bunker on top of one of the hills in the Mount Hermon ski area. It turns out that I got yelled at by the staff for approaching the bunker. And I didn't even realise they were talking to me over the loadspeakers.

It also appears that doing something with skis is dangerous in the minds of the ski patrol and the military. I got yelled at two times, both times when doing something with skis. But other people went as far as I did, just that they didn't appear to be ready to ski down to the wrong side with skis on and backpacks in the back. I actually negotiated entrance to the bunker by saying that I just wanted to see it, and took off my skis.

The bunker was a simple concrete block construction, with a two-layer sandwich structure at the top. The first room had been used for shitting, the second with more of a view down the hill was full of ice. 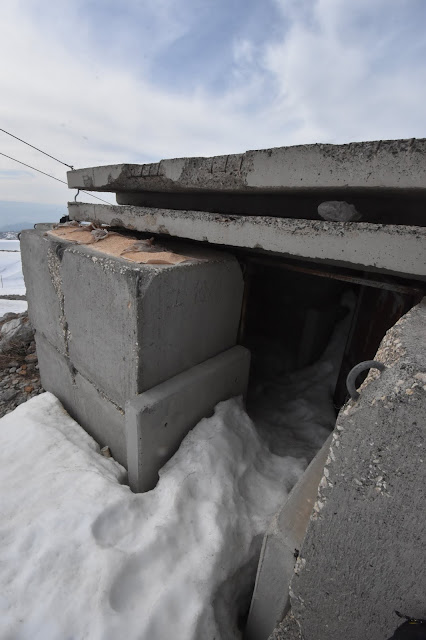 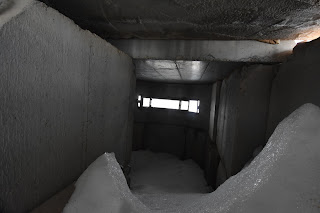 See more urban exploration stories at theurbanexplorer.net and underground explorations in planetcaver.net. Photos and text (c) 2020 by Jari Arkko and Tero Kivinen. All rights reserved.
Posted by jariarkko at 3:06 AM