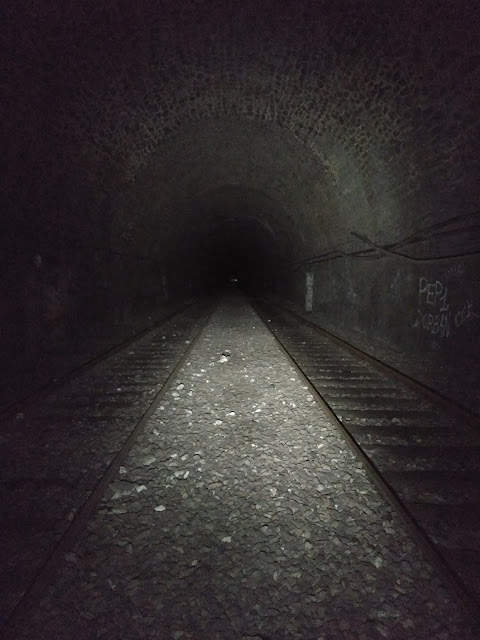 I'm feeling a bit alone here. The tunnel ends are too far to see even that pinhole of light. I'm in a long railway tunnel on the Petite Ceinture, the "little belt", an abandoned (I think) rail system under Paris.

And it is officially off-limits, comes with a promise of a legion of rats, and us also the playground of the less fortunate in society. The tunnels on the track are lengthy; the one that I visited was 1.2 km long, and since the other side gate was not an easy climb out, I had to return back the same way. Long walk underground! There were a couple of ventilation shafts with ladders out, but they were locked.

This was a bit different than my experience a few days ago with Jeff on the Coulée Verte René Dumont; that was in sunlight and an officially sanctioned park. This one was ... unofficial or illegal, and I had to sneak in first through a garden to the tracks and then via a hole cut into a security gate to get to the tunnel. I run into either some youngsters or possibly the drug gang on the way in. But they turned out to be friendly.

Also, it is a good thing that flying drones is illegal in Paris. Otherwise I might have flown my drone into the tunnel and crashed to the wall and broken it hard enough that I need to send it to the repair shop. Good thing that didn't happen!

I started my visit through the old Charonne station around coordinates N 48.859273 E 2.403162 in the 20th arrondissement. This beautiful station is today a concert hall, the La Flèche d'or. The Petite Ceinture is a ring railroad around Paris, constructed for both passenger traffic and as a defence supply line. It was opened in 1850s, and passenger traffic continued on it until the 1930s, and goods transport until 1985. The definite guide to the railroad can be found from the official page, although that is perhaps not so practical for visiting it. Other articles that I read include the Atlas Obscura article and the World in Paris article. Read also this excellent Finnish wikipedia article on it.

WARNING: urban exploration, and underground or railway place explorations is extremely dangerous. Do NOT attempt to visit any of these places. You've been warned. 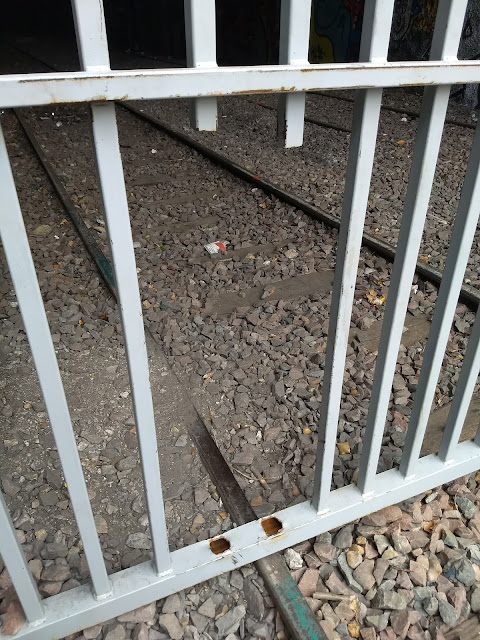 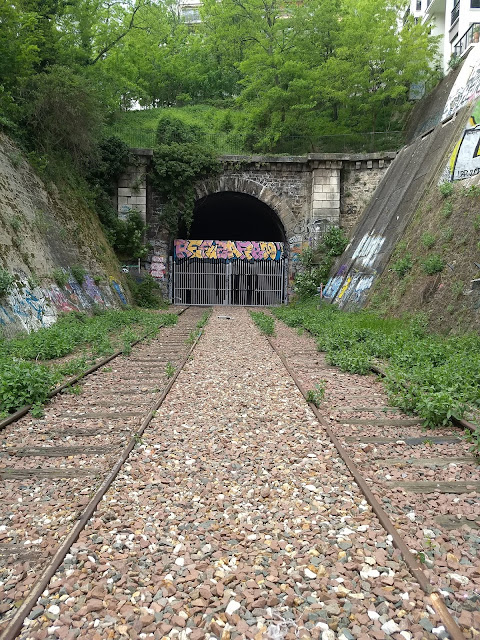 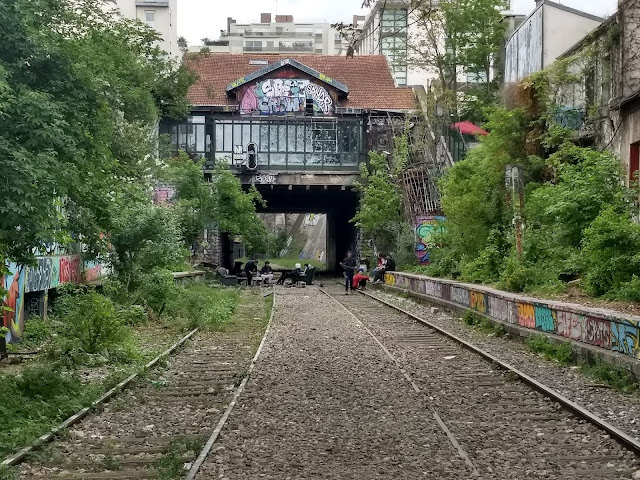 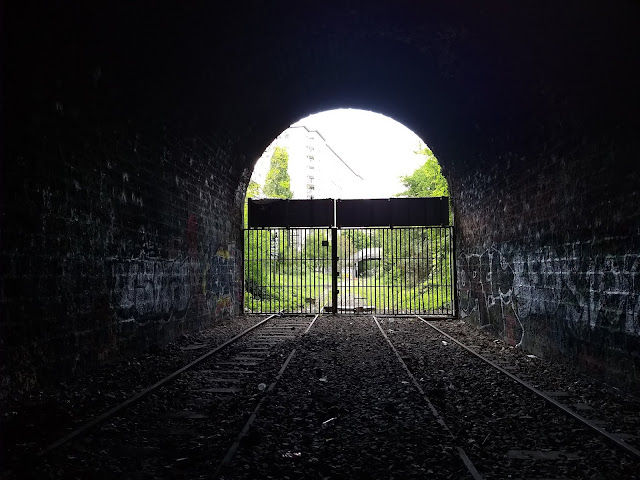 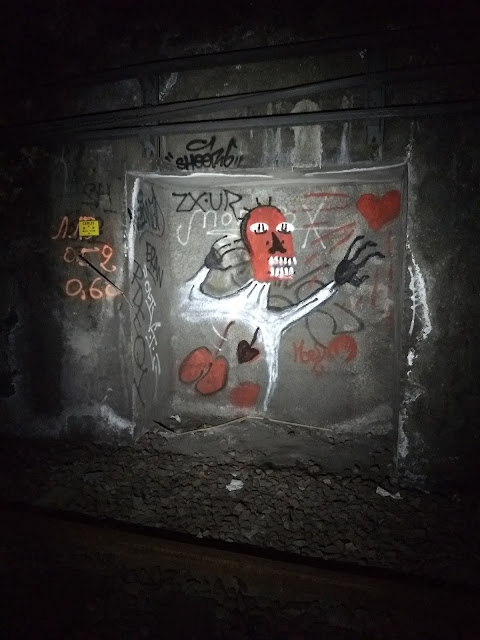 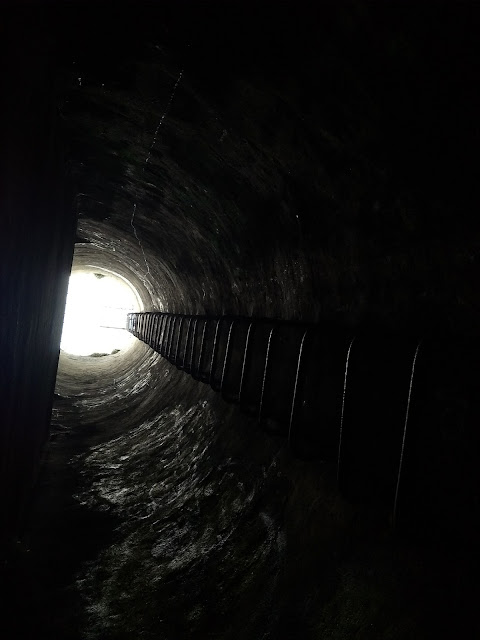 Posted by jariarkko at 5:33 AM