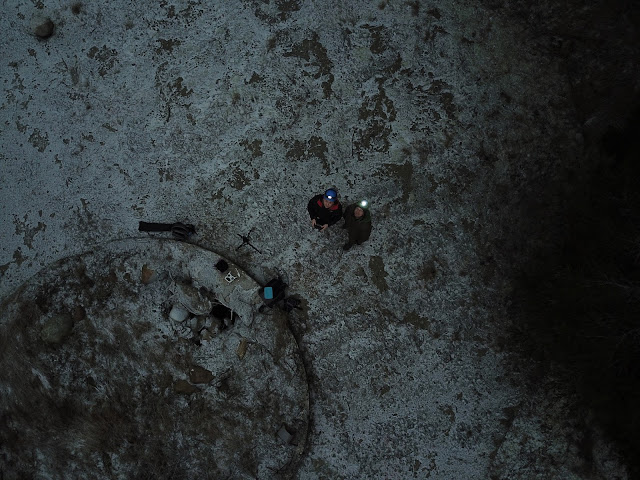 While I was travelling for work and fun for the last couple of weeks, Jarmo had scouted several bunker sites. His visit to an incredibly large bunker in Siuntio's Östersolberg provoked our interest as well, and last Saturday Janne, Olli, and me went there as well.

However, it is far more difficult to say what's inside. On the top, the construction looks fine, with a central, large gun tower, two entrance tunnels from opposite sides, and a set of chimneys or air shafts to the side. As if the bunker had heating, or a kitchen? :-)

And one of the entrance tunnels is open enough for us to enter. However, the insides are so completely destroyed that we can't get particularly far. I was able to get near the central gun mount, but had no idea how to go towards the area that housed the air shafts, for instance. And I don't know how many floors the structure had. One, and the internal explosion that destroyed the bunker ripped the roof slab into two layers? Or two, and we're looking at a floor?

It is easy to go maybe 10 meters from the entrance tunnel, and you can peek towards the rest of the structure. But actually getting to the rest is the difficult part. There's nothing except a wall on the right side, the side where one would expect to find more rooms leading to the air shafts. On the left, towards the gun tower there's hanging floors/ceilings and twister rebar. I was able to sneak through an opening to take some of the pictures in this blog article, but it didn't feel particularly safe to go further.

Here's a picture of the space that the entrance tunnel leads to, the only easily accessible location. 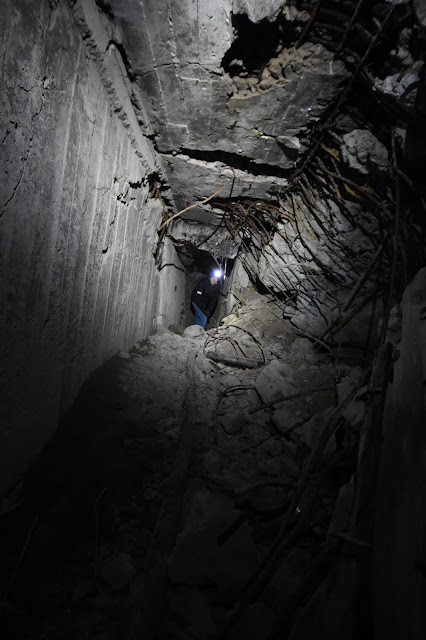 
Bitumen inside the destroyed structure: 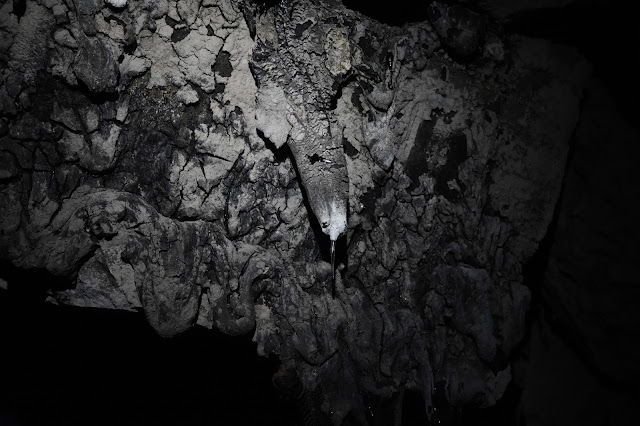 Aerial photo of the site: 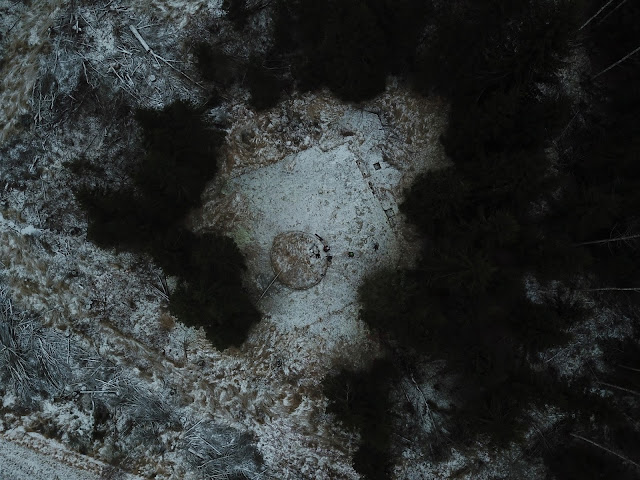 A peek of the round gun tower in the centre of the structure: 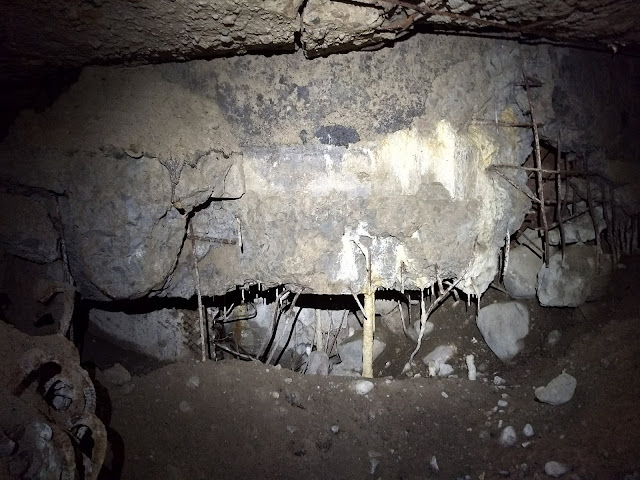 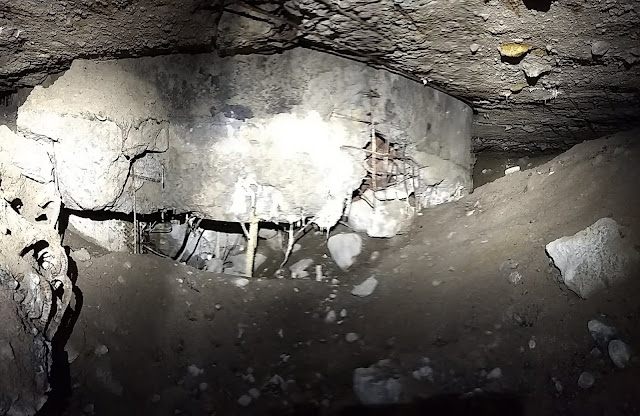 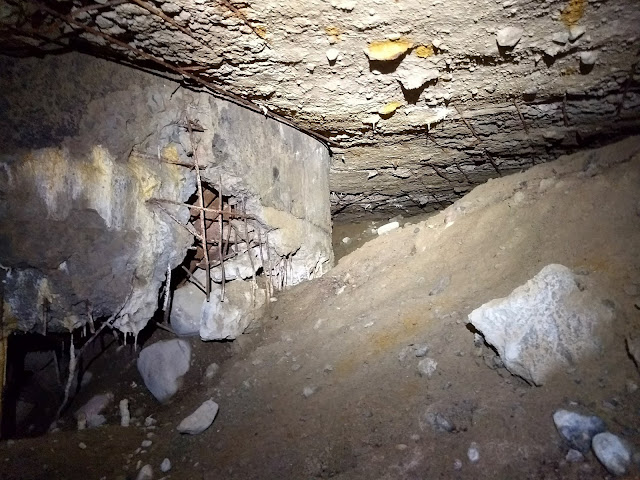 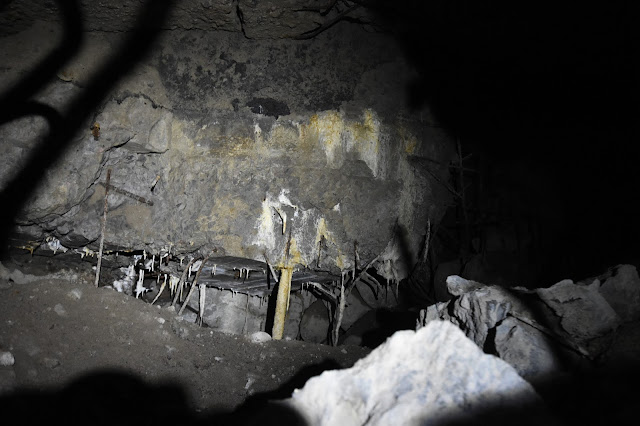 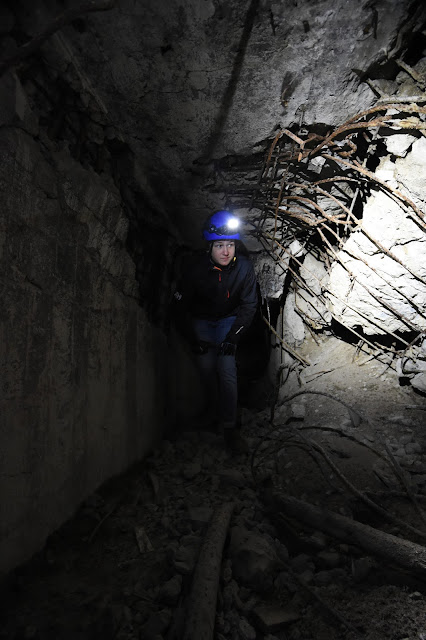 On one side of the bunker there's a deep well, with stairs leading to the bottom. Used as an actual well? An emergency exit? Or for pumping water out of the bunker's base? 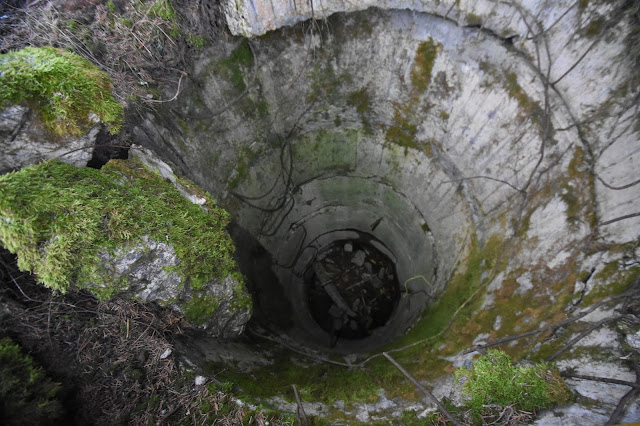 We also wanted to visit the Igor Museum (museum of Porkkala occupation) but it turned out to be cold during January: 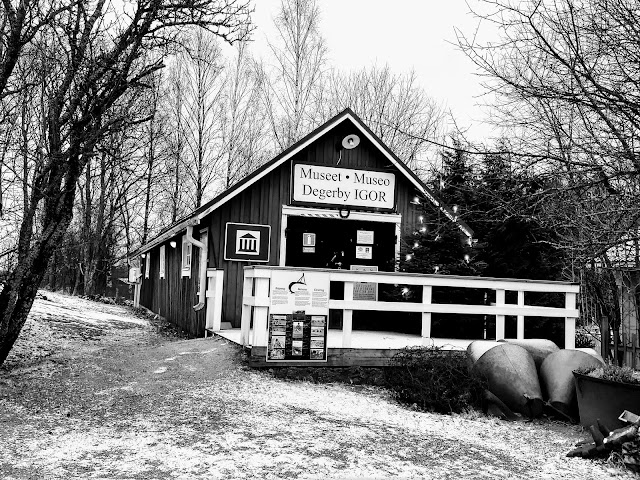 This article is also available on TGR. Photos and videos (c) 2018 by Jari Arkko. All rights reserved. The song "The Coldest Shoulder" by The 126ers is from YouTube video library and freely usable.

Posted by jariarkko at 1:18 PM