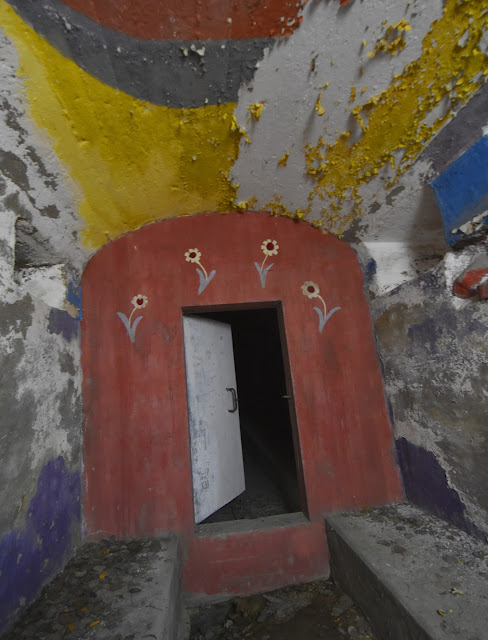 For sale: cosy apartment with flower decorations, strongly built, safe and in the middle of nature. In good condition. Also largely underground and abandoned 100 years ago.

A bunker. A concrete fortress.

I was once again in Stockholm for work. I had originally planned to take my skis for some evening visit to a local ski area, but it turned out that all the Stockholm area ski areas were closed. ("Snow depth: 0 cm Avalanche danger: 1/5"). So I threw in a headlamp and hiking boots to my bag before heading out to the airport, just in case I'd be able to find some bunkering or small cave exploration to my trip.

But once again I didn't have much time. But I had had a late conference call one night, so I felt like I could show up at work a bit later the next morning and explore a bit while it was still daylight. However, I didn't have more than half an hour for the exploration. The clock was ticking, and I was not finding what I was looking for, the Lugnetfortet bunker in the Korvlinjen, near Arninge and Täby, north of Stockholm.

I did find trenches. And I found a pile of sewer pipes abandoned in the forest. But no bunker. And the trench had clearly been placed in the most defendable place at the top of the hill, defending against threat from north. Yet, nowhere nearby I could see the bunker.

I was already resigned to go back to the car, when I realised that the bunker was in fact towards the defence direction from the trench, and on a lower-laying area. Odd, but I had found the bunker. Compared to the other Korvlinjen bunkers, this one was more overtaken by nature, almost invisible even close by.

But inside, pristine concrete from 100 years ago, smooth lines. And painted, with graffiti.... and with flowers. Most of the Korvlinjken bunkers form a T structure, with the main defence/gun positions at the two ends of the top of the T. Here as well. But the gun window of the right side end had been partially masoned closed. Originally or as a later modification? I don't know, but to me it looked like somebody might have been living in this room in recent years. Now empty, but the walls were painted well, there was a heave door that could be closed... 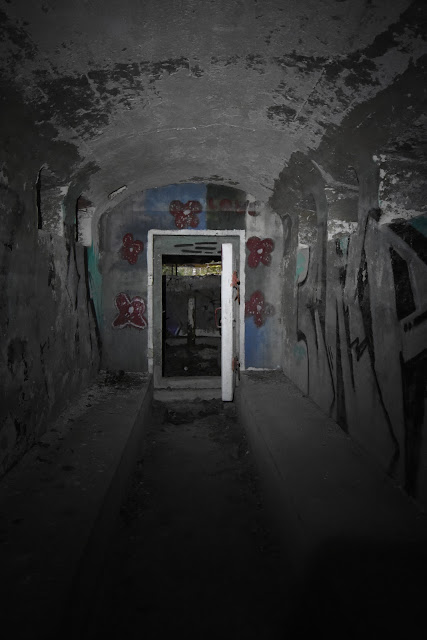 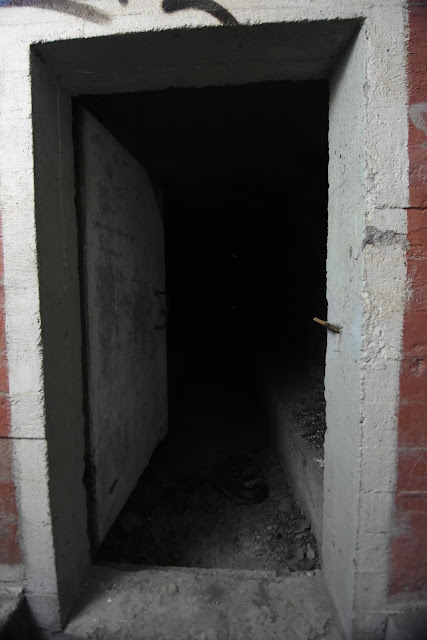 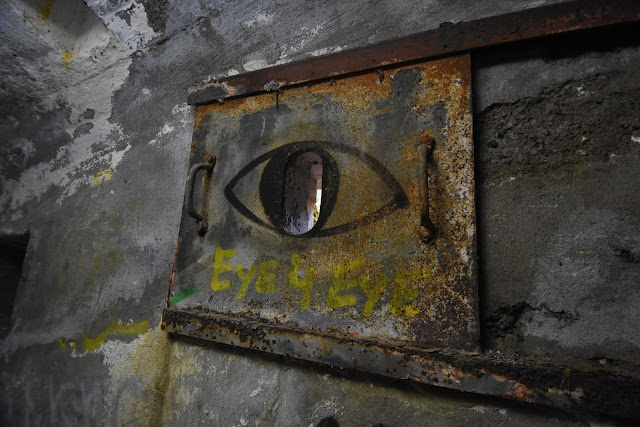 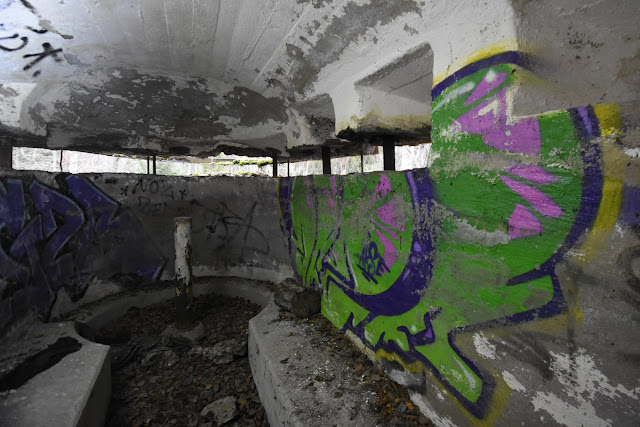 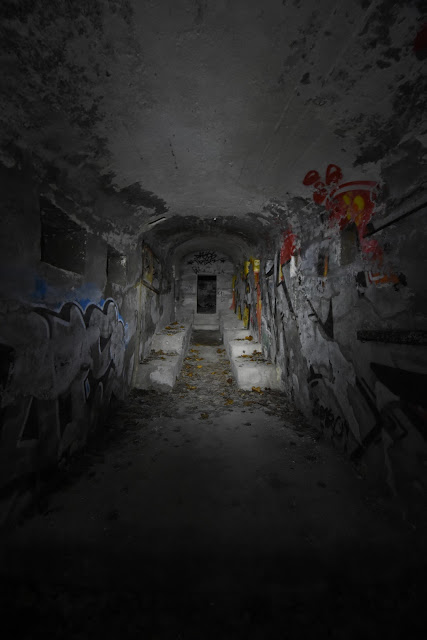 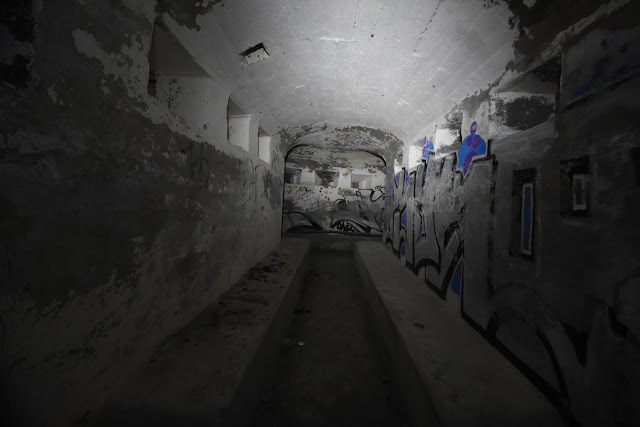 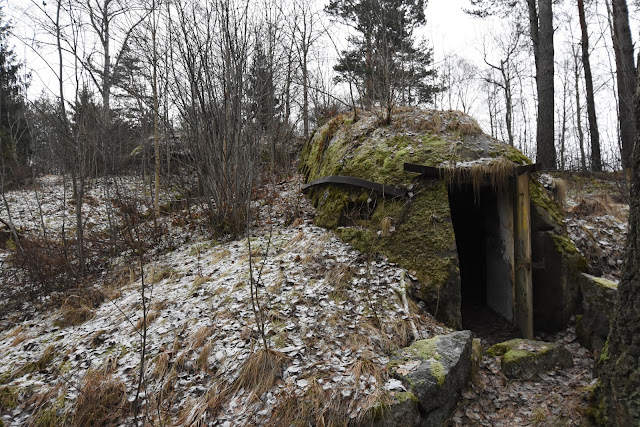 Here are the trenches and sewer tubes: 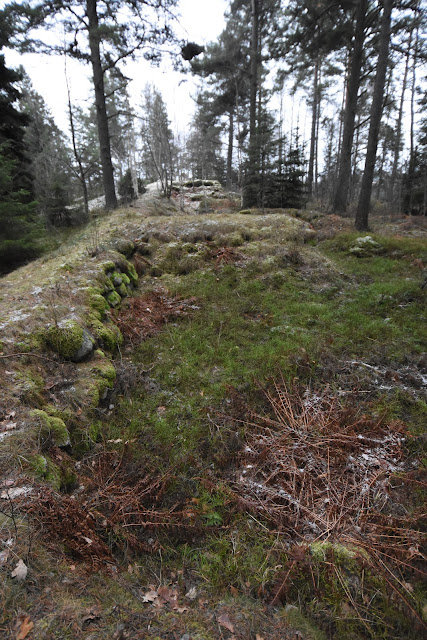 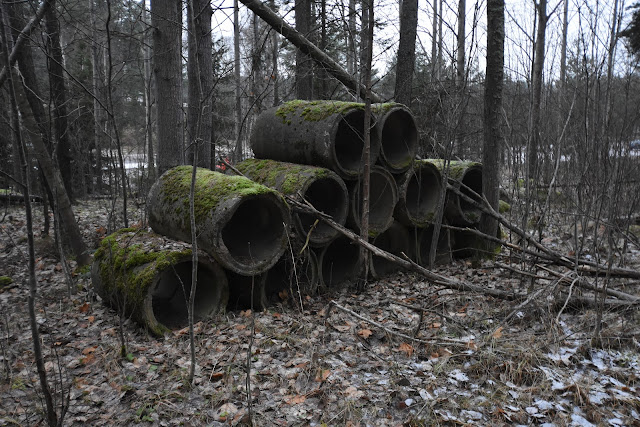 Photos and videos (c) 2018 by Jari Arkko. All rights reserved. This article has also been published at TGR. Tämä artikkeli löytyy myös suomeksi Relaasta. Video editing and sounds are from Apple iMovie. For copyright of the music, see discussions.apple.com/docs/DOC-4201.