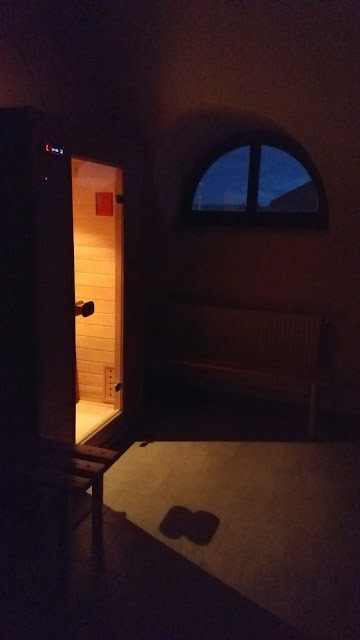 I'm between Czech Republic and Germany, on my way to a conference. Late night arrival... tired. But, the sauna at Hotel Grunt rescued me.

The staff was kind enough to set it up for me, at the danger of missing their bus home, and the sauna was a relaxing experience. (And the staff made it to their bus!)

It was kind of a special sauna though, though typical of some places in central Europe: a large room for the spa area with showers and bathtubs, with two wooden "boxes" as the saunas.  But they heated up quickly, and were fun. 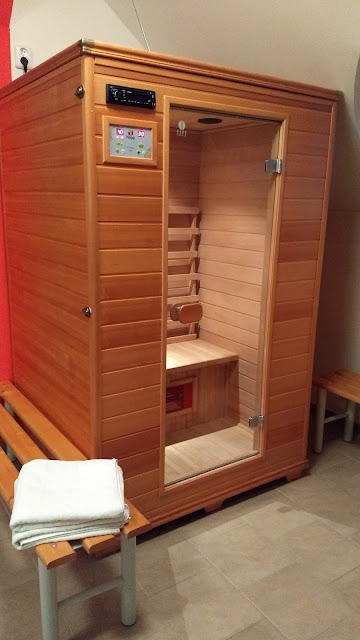 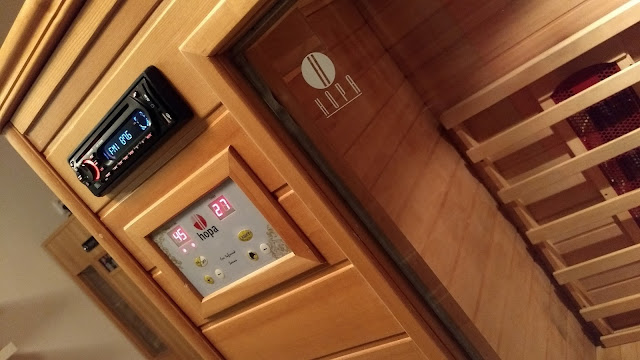 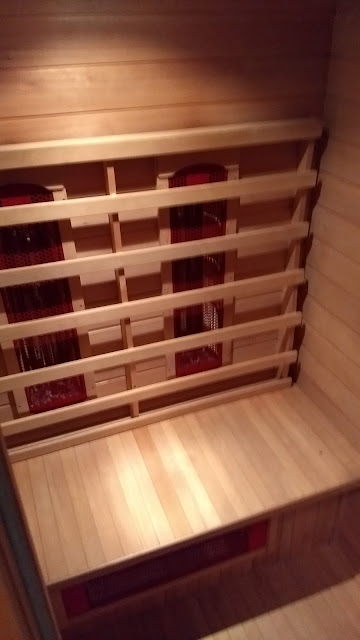 The next morning's view from breakfast room: 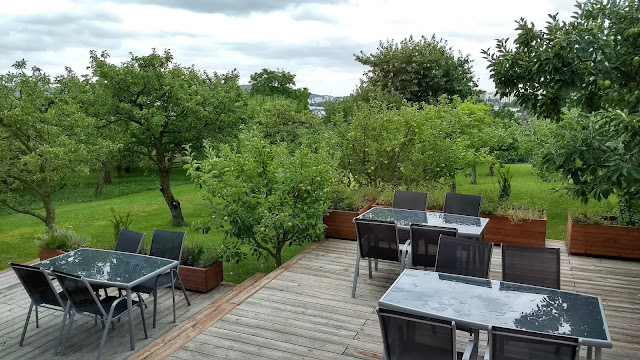 Posted by jariarkko at 1:27 AM