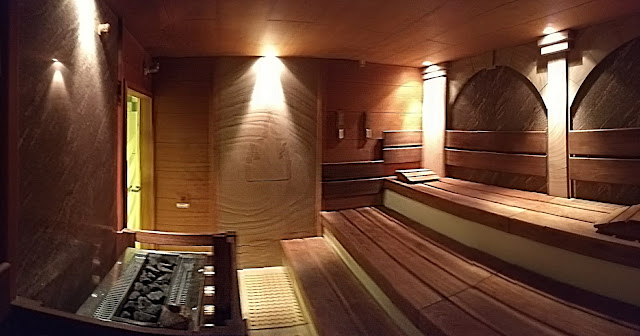 Late arrival... quick dinner... and then onto testing the wellness area at Dresden's Hilton hotel. Usually, hotel saunas are simple, but not this one!

The usual hotel saunas have one hot room, sometimes separated sometimes mixed between men's and women's sides. But here, there was a total of four saunas. I found three of them:


There was also an advertisement for the Mental Sauna, but I did not find it :-) The note said that it had the lowest temperature of all, and maybe that's a sign that it something I would have had to imagine on my head instead. I'll try harder next time :-)

There was also a pool and a jacuzzi. Overall, a very nice setup for a hotel! I've been here before for the same event, and maybe with this experience, I will be again! 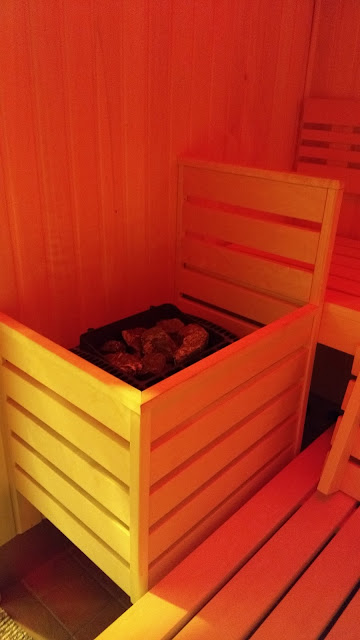 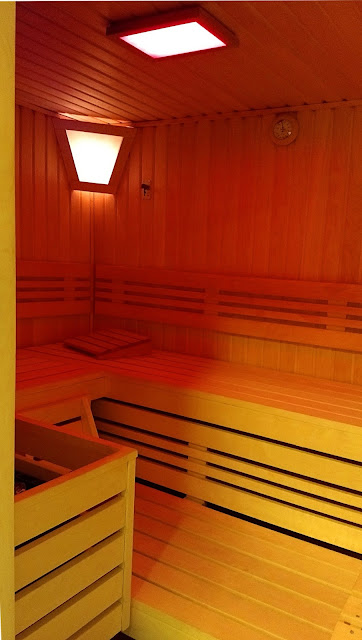 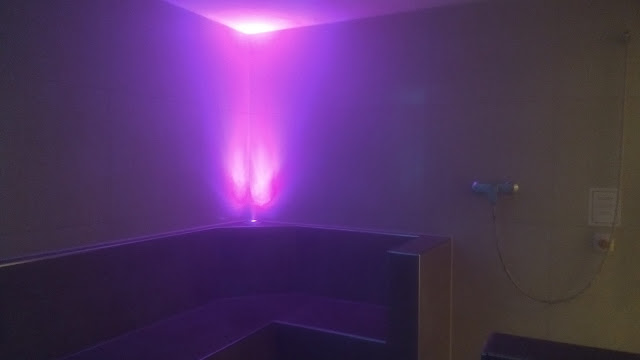 Photos (c) 2017 by Jari Arkko. Remember that pointers to all my stories about sauna-going and skiing can be found at the ​Planetskier.Net and ​SaunaBlogger.Cool web sites.
Posted by jariarkko at 10:09 PM