The Finnair A350 Experience 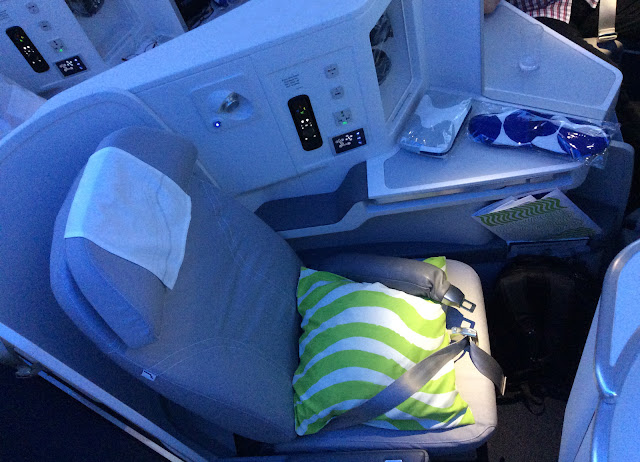 I've been accidentally flying the Finnair A350 on short routes, without knowing I'd be on it and expecting the usual A320s. But this week I was on the A350 for the first time on long-haul flight, Helsinki-Hong Kong-Helsinki.

I was on business class. My company uses the cheapest possible tickets, but I had some points that I could use to upgrade. This made it possible for me to sleep well. And work the next day.

Overall experience was quite positive: plane was on time and no major problems, feels very modern and high tech, very quiet. I particularly like the lights, the cabin colour scheme.

The entertainment system was easy to use, fast, and had a good large screen.

But I also had a few gripes:
But overall, 1st world problems, small problems. Nice plane! 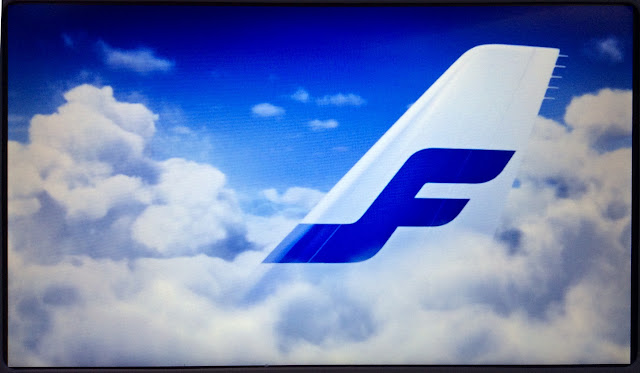 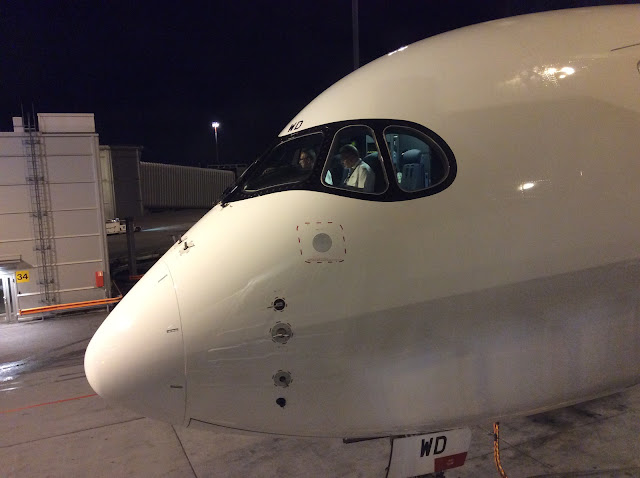