It is late May, and Saint-Sauveur is one of the only two open ski areas in the east. And I've already been to the other one, Killington. And what's more, all the ski crazies are here!

It was a long weekend drive to Canada from Boston where my meetings were. But in this case it was worth it. The sun was shining, and the skiing was good.

Two ski runs remained open. The main slope was fully open, and had a nice bumps run on the lower part. In the morning the bumps were suitably small and soft for me, and I was happy to be able to ski the full run through them in one go. That doesn't happen often. By afternoon, the bumps had grown big enough that I no longer was able to ski them. Or maybe my legs were tired.

The other run was "Nordic", one of the side runs. I enjoyed the profile better here than on the main run, particularly the lower part, even if that part was already closed off. You could still ski it down, but you had to walk 50 meters to the lift.

But more important than the specific slopes were the people who were there. For the second weekend in row I met Patrick Corcoran ("Mad Pat Ski") who like me is a skiing nut, traveling around the world and skiing through summers. And not only him, it seemed that on this late May weekend, all the people crazy about skiing gathered here. There weren't more than a couple of dozen skiers on the hill, but they all were dedicated skiers! And they all seemed to know each other.

Saint-Sauveur ended up continuing after this weekend, but we couldn't predict the weather at the time; we all considered our season-ending ski day. When the weather turned into hard rain in the late afternoon, that just inspired people to go to the slope and keep skiing it. It was fun crowd to ski with!

I stayed at Manoir Saint-Sauveur, a nearby resort with spas and saunas. It had been too long without sauna on this trip, so the facilities were much appreciated!

After our day on the slopes, Patrick took me to museum of skiing in Saint-Sauveur, which was also interesting.

Looking forward to meeting these people on some other mountains in the future!


Romantic flamingos in the bar: 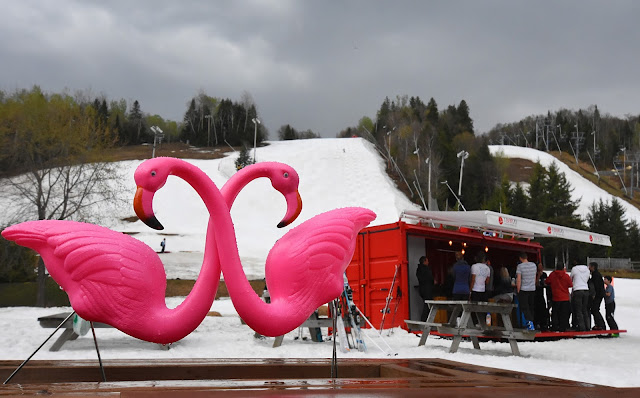 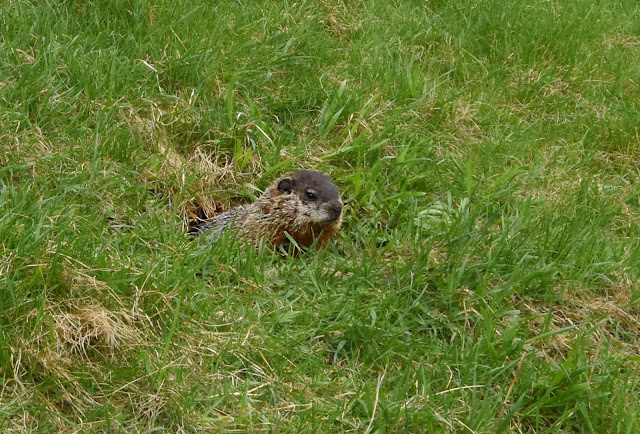 Saint-Sauveur ski area across the lake (photo by Patrick Corcoran): 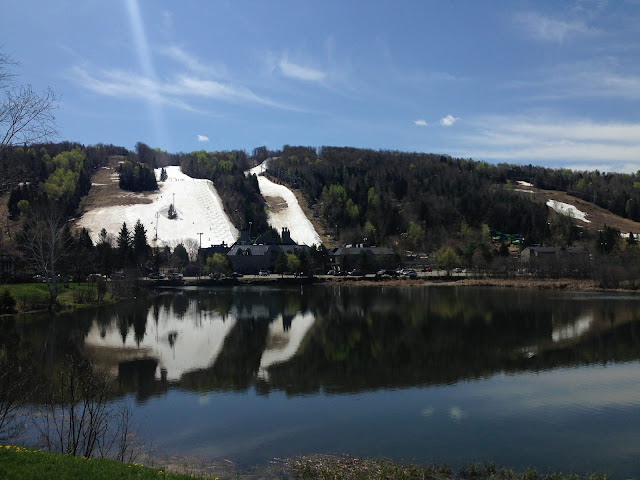 Ski art at the ski museum: 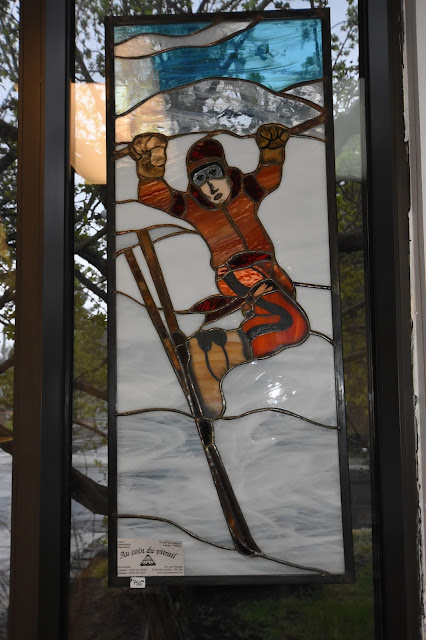 Bar during the day: 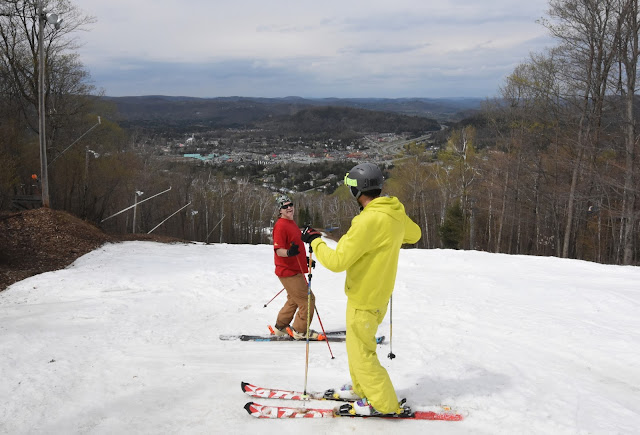 Patrick and me (photo by Patrick): 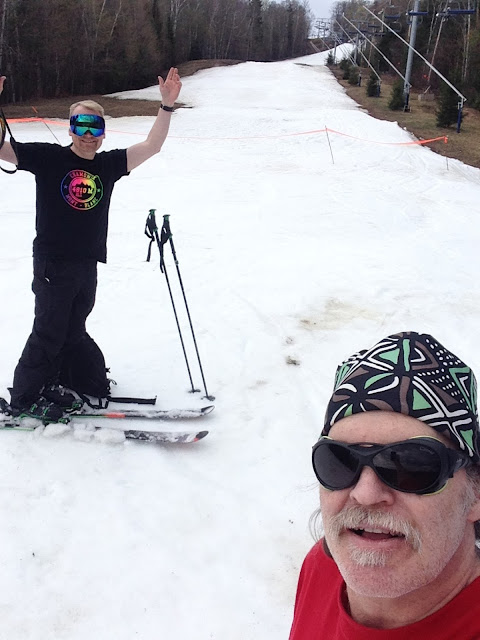 One of the crazy skiers, crossing a pond: 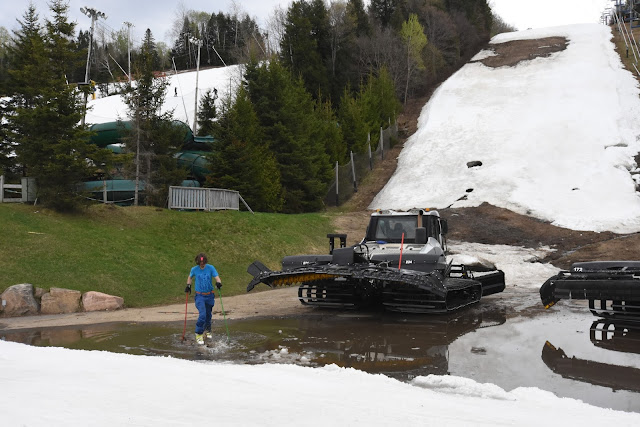 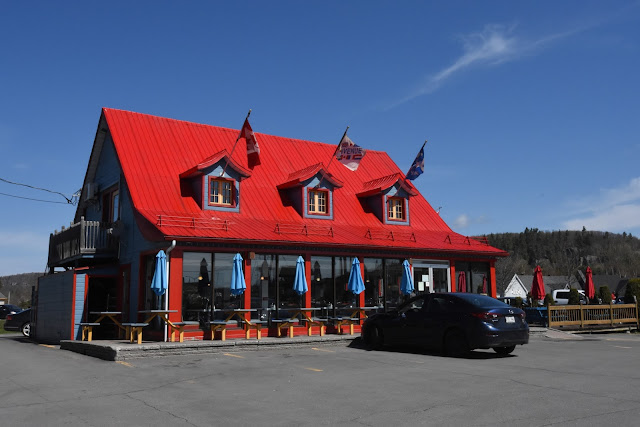 View from the hill: 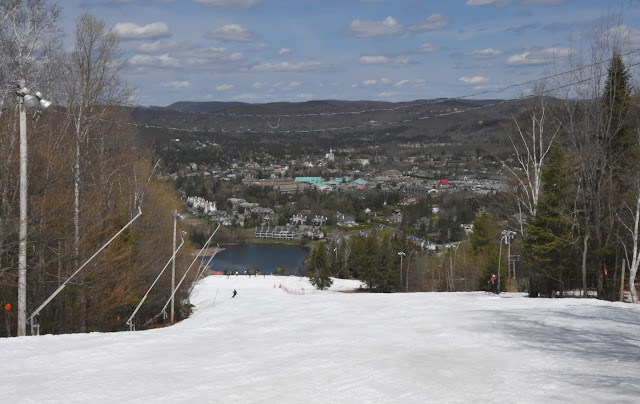 Photos and Videos (c) 2016 by Jari Arkko and Patrick Corcoran. This blog is also available at TGR. Tämä blogi löytyy myös suomeksi Relaasta.
Posted by jariarkko at 11:29 AM