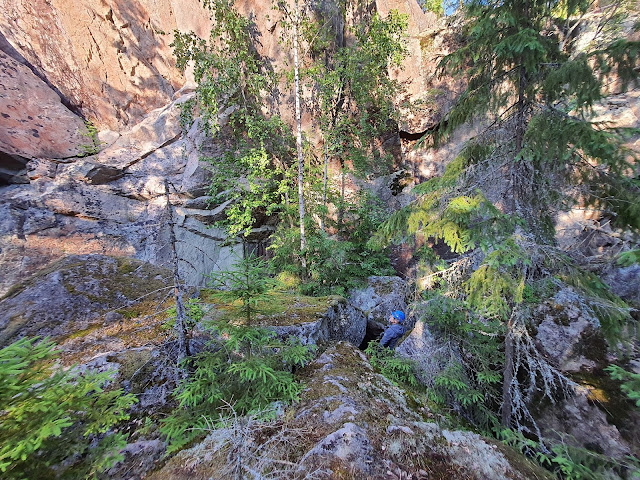 Last winter I explored the far reaches of the Kattilajärvi on snow shoes, and found several new small caves. But also ran out of time to explore them further, and the heavy snow cover didn't make it easy to explore the boulder caves. I wanted to return during the summer, and now Jarmo and I hiked around the Lippukallio are east of Kattilajärvi. And wow, many new small caves, and we realized one of the boulder caves I had seen in the winter was actually quite big. Three levels, complex maze, shaky moving boulders... nice!

Photos in this article are mostly Jarmo's -- it always wonderful to explore with him as the photos are much better than what I can take myself :-)

And as Jarmo pointed out, that big boulder cave may actually be Espoo's longest cave at around 22 m. There is one shelter cave that is longer (Myllyjärvi cave, 35m) and a couple that come close to the same length (Nepperi cave at 18m but much of that length is in its shelter cave part, and three other shelter caves in the 9-12 meter range in the Lippukallio and Kattilajärvi area).

Anyway, cave length is largely in the eyes of the map drawer, when it comes to shelter caves and boulder caves. Opinions about how the length should be measured vary. I have usually chosen to count the total length of all tunnels for boulder caves, and width for shelter caves. There may also be difference of opinion when a shelter caves can be called caves. I've chosen to report even small ones, and document their dimensions, rather than ponder too much about what is a proper cave.

The boulder cave was indeed found on my earlier exploration and I chose to call it not-so-imaginatively "Lippukallion lohkareluola 2". It is in coordinates N 60.303523 E 24.628776. There's a cave map and a rotatable 3D model (you can also download the model here). 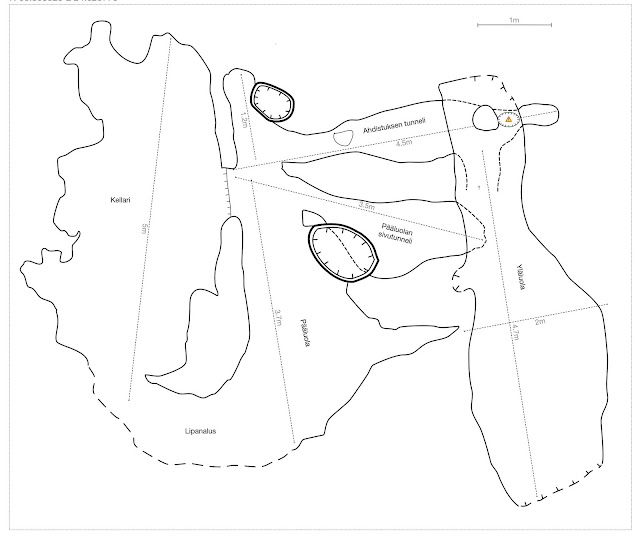 But we also found seven new caves! They are: 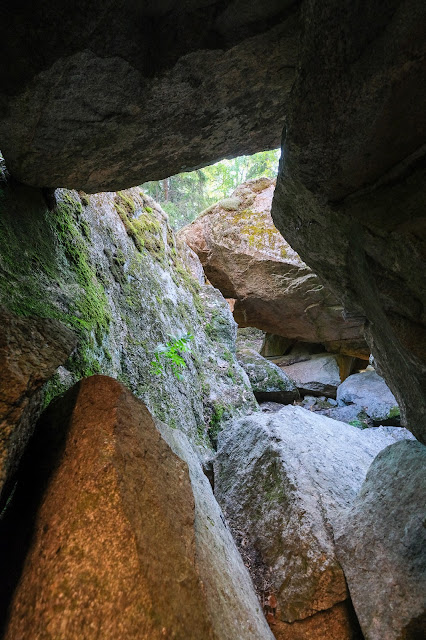 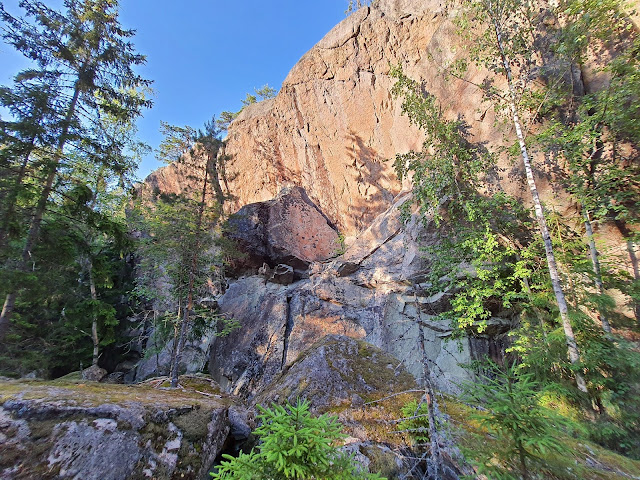 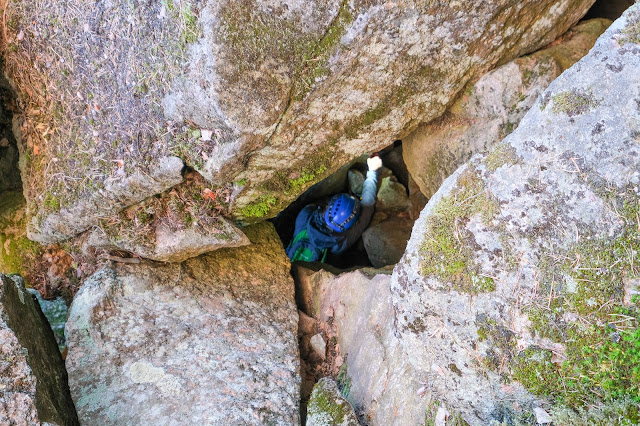 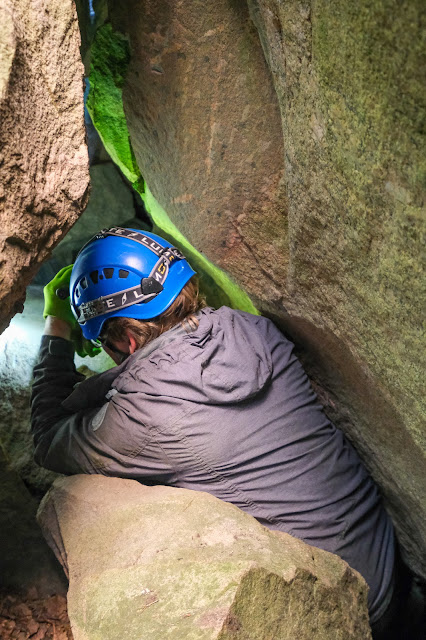 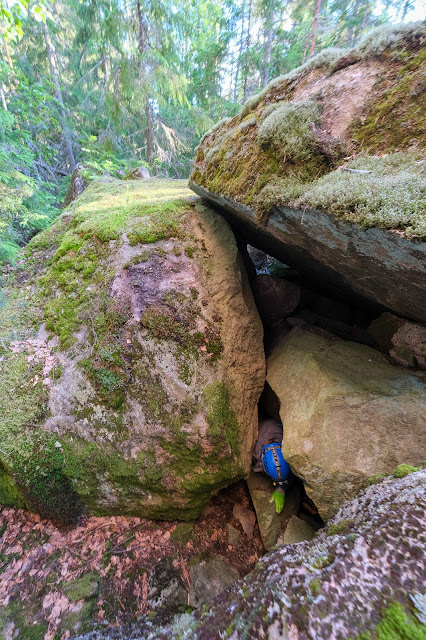 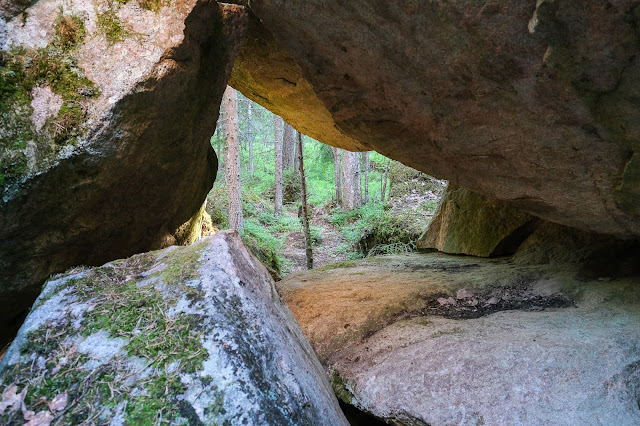 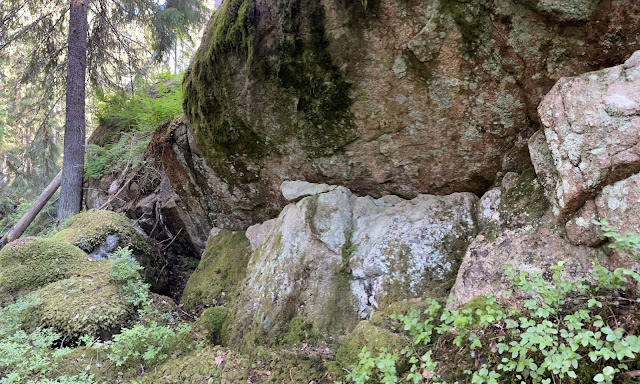 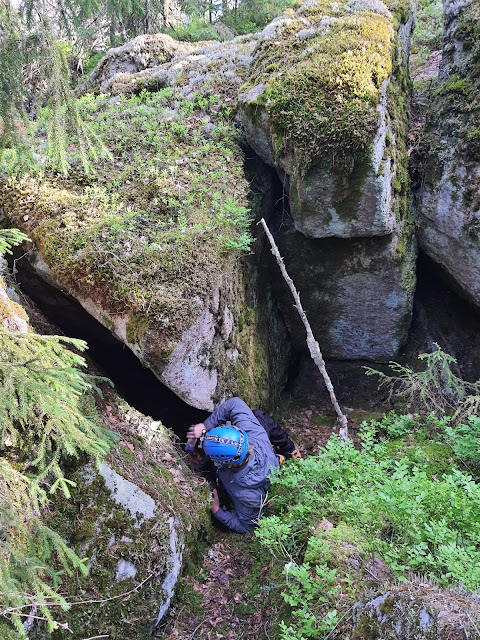 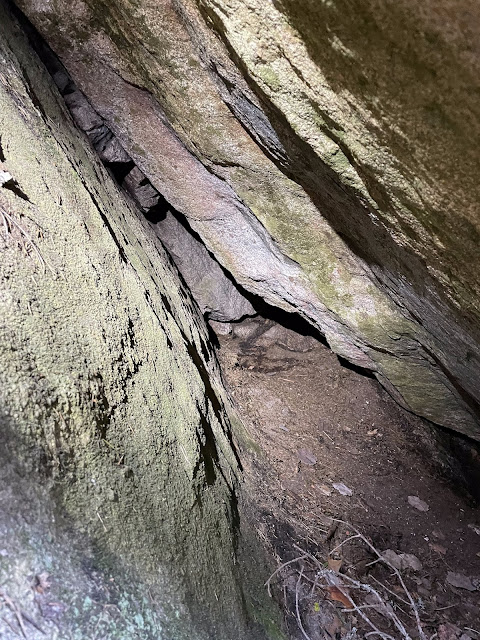 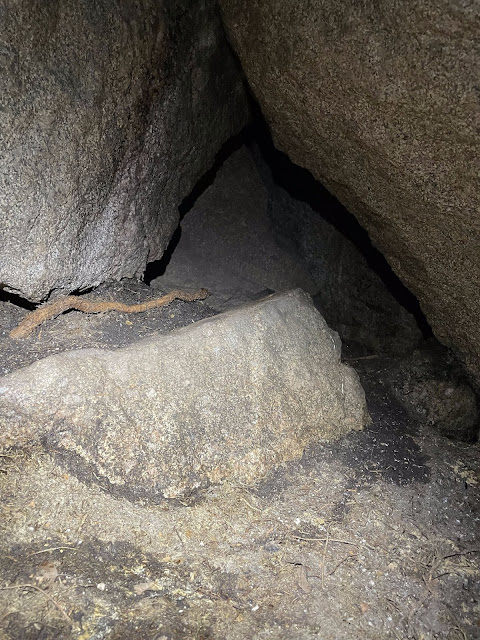 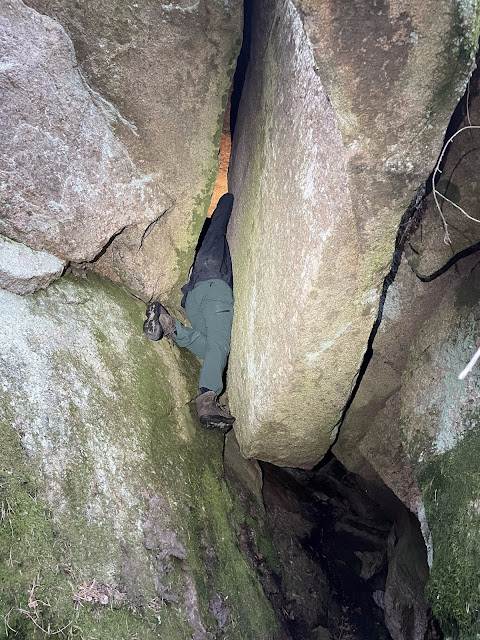 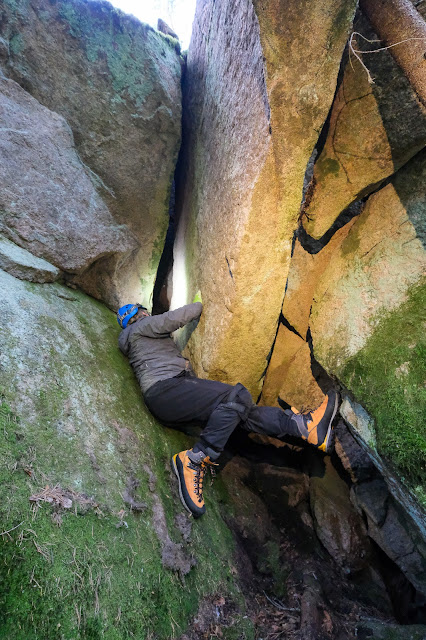 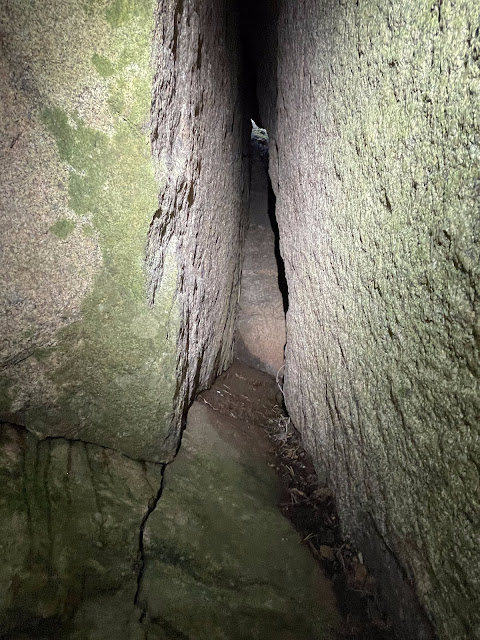 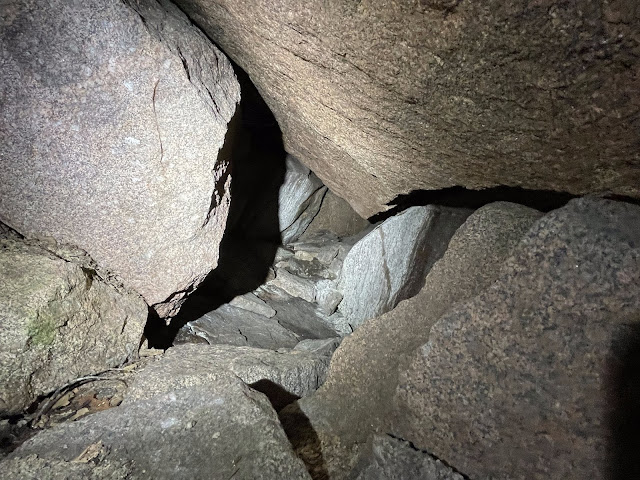 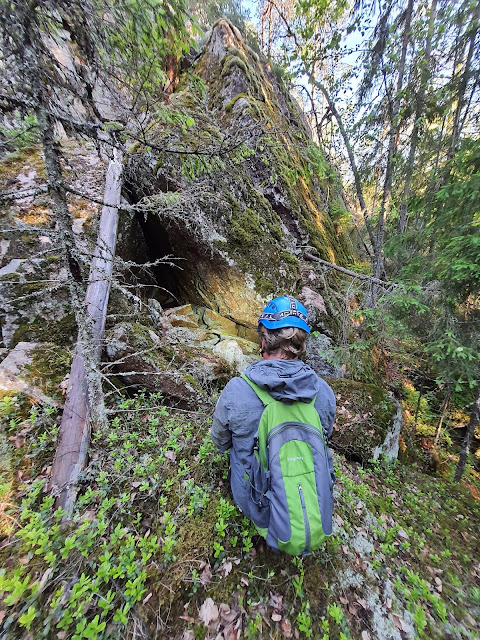 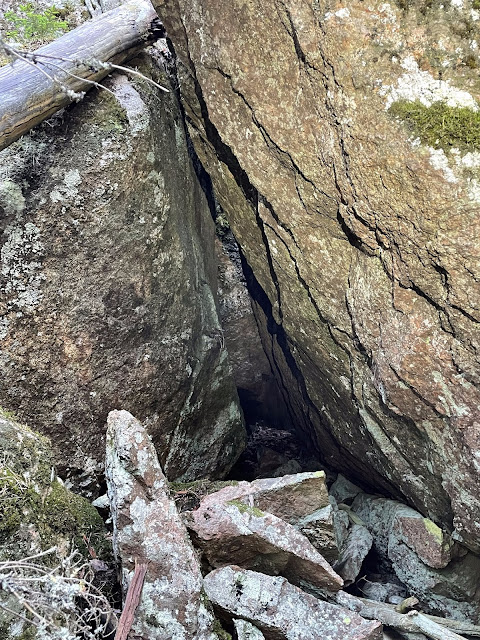 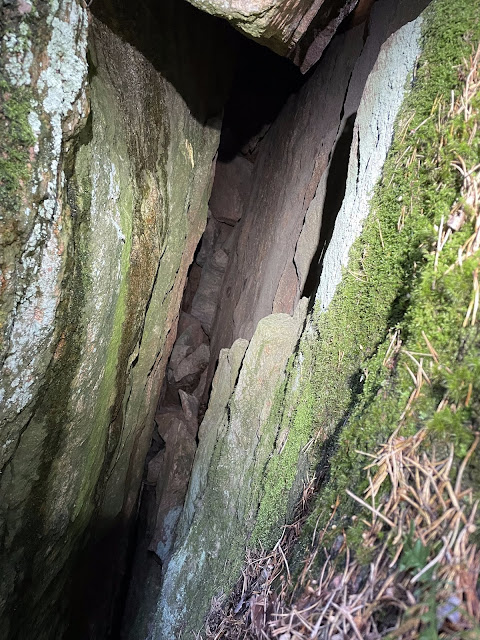 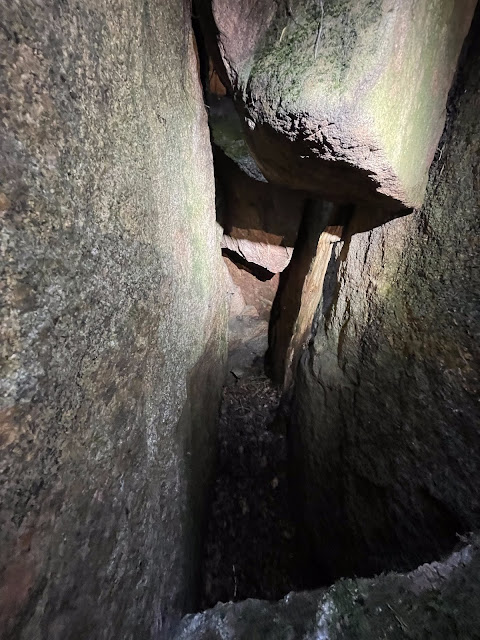 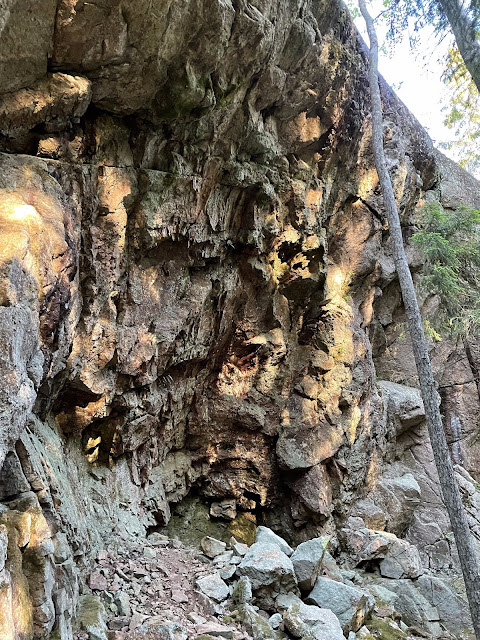 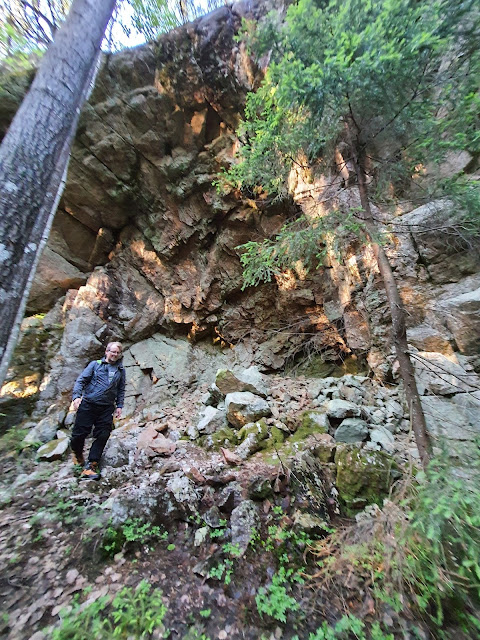 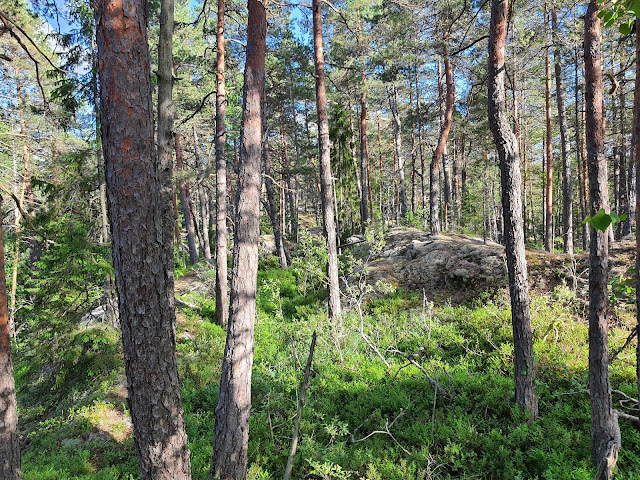 This article has also been published at TGR. Read more urban exploration stories from theurbanexplorer.net, and other underground stories from planetcaver.net. Read the full Planetskier series at planetskier.net, or all blog articles from Blogspot or TGR. Photos and text (c) 2021 by Jarmo Ruuth and Jari Arkko. All rights reserved.