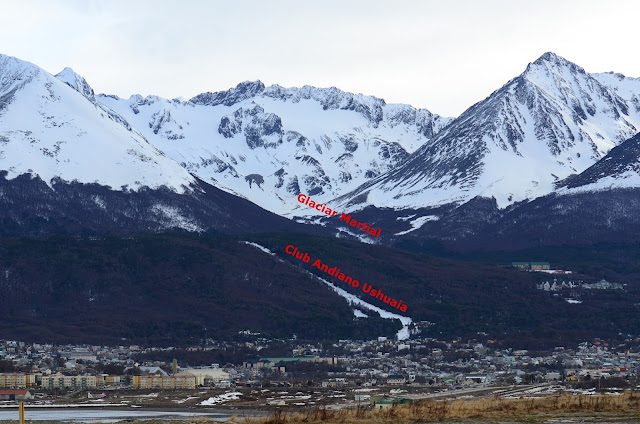 What might be the world's southernmost ski resort? Internet claims that the answer is Cerro Castor, outside Ushuaia, on the southern end of Argentina. But, that is actually NOT the right answer. Glaciar Martial, a small ski slope in the city of Ushuaia is actually south of Cerro Castor. But wait, even that is NOT right. There's an even smaller ski slope, Club Andino Ushuaia, south of Glaciar Martial. Or is there?

Glaciar Martial (website, skiresort.info page) is a one-lift operation right in Ushuaia. They have 5 km of slopes and 190m vertical. Although the 5km seems a bit suspect, I remember them having just one slope, which the trail map also seems to confirm. Eyeing the slope from the satellite map it seems like a bit over 1km. The base is at S 54.798732 W 68.370889, which is also the southernmost point on the one slope it has.

When Tero and I did our big Argentinian ski tour, we visited both Cerro Castor and Glaciar Martial. When we were departing Ushuaia, on our way to the airport, we saw. a third ski slope on the mountains, Club Andiano. And were bummed!

So the right answer is Club Andiano. THAT is the southermost ski resort or slope in the world! And I have not skied there, despite being in Ushuaia. Grr!

But, skiresort.info says "The ski resort has shut down and skiing is no longer possible". Hmm. So is it still open? The Club Andiano website does talk about this year, but... it is difficult to see evidence of them actually operating the alpine ski parts of their operation. All information about skiing classes seems to indicate Cerro Castor as the location. So what's the story?

Google maps pictures seem to indicate a ski slope next to the lift towers, but growing with trees. So maybe that's the conclusion, then? But it would sure be nice to know what the actual situation is. Does someone know? Any locals?

And Tero I have visited what appears to be currently the world's most southern ski hill. But at the time we visited it, we missed visiting the one that actually was the most southern one back then. Hmm. Well, if I ever get to go to Ushuaia again, I will make sure to climb the Club Andiano slope just for safety's sake :-)

Note: Obviously, there's skiing more south, all the way to the south pole. But there are no ski resorts, organized ski slopes, or ski lifts. 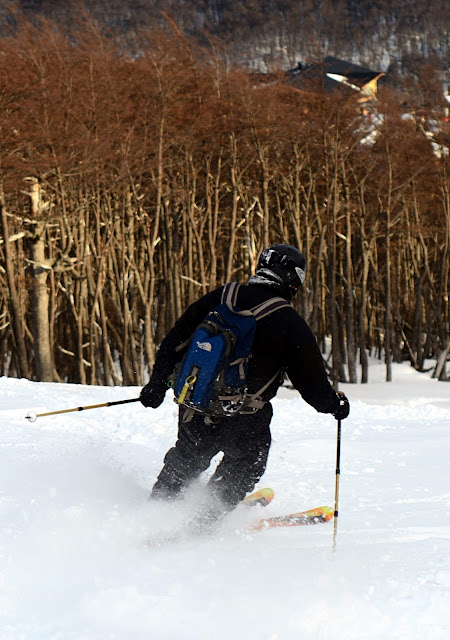 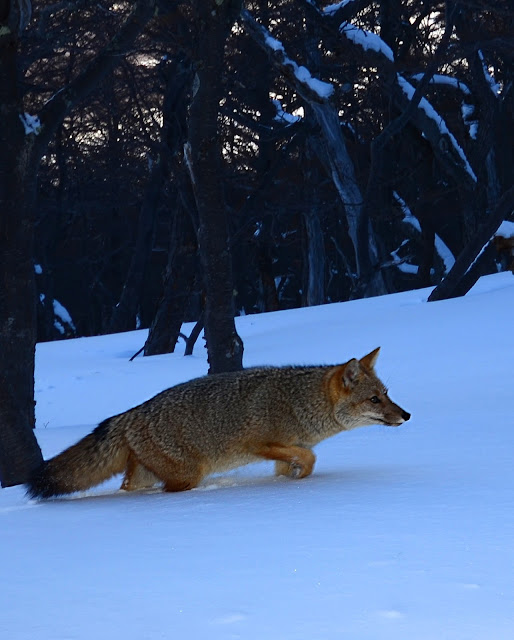 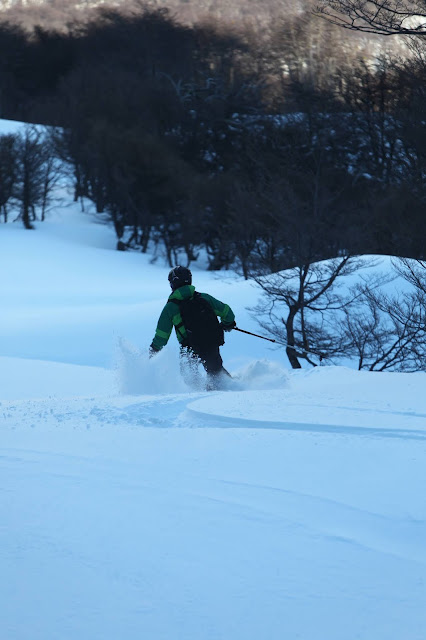 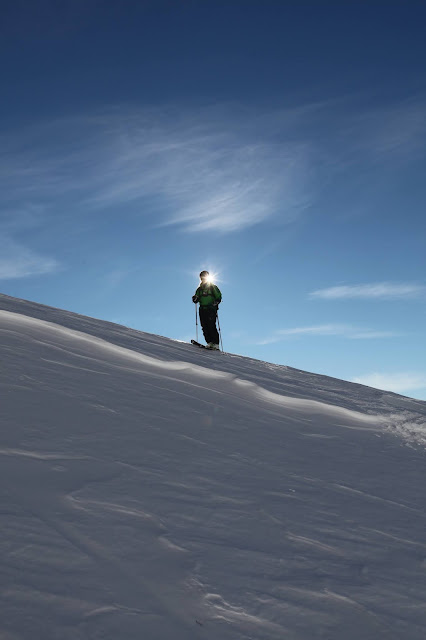 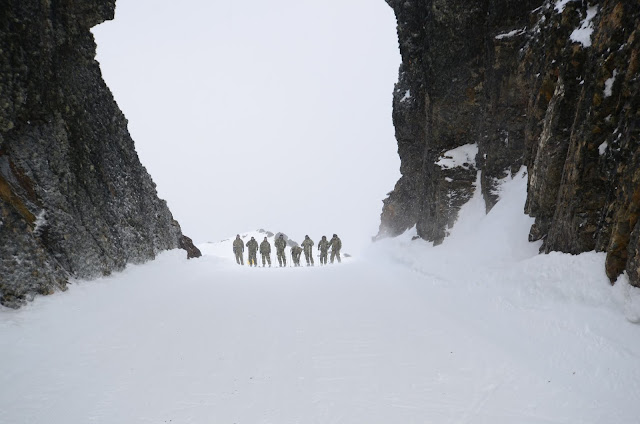 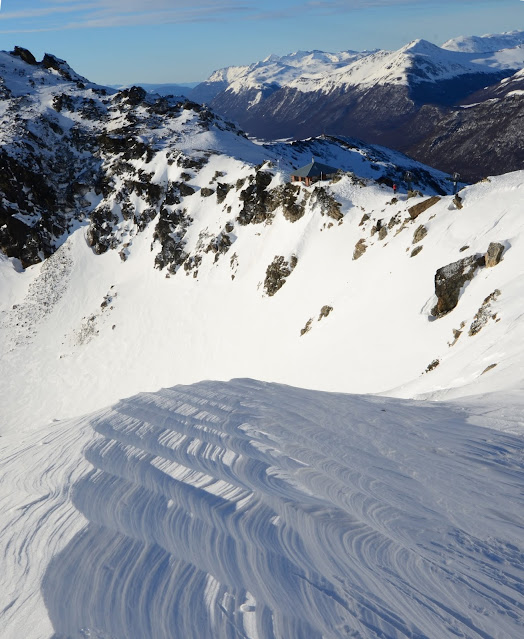 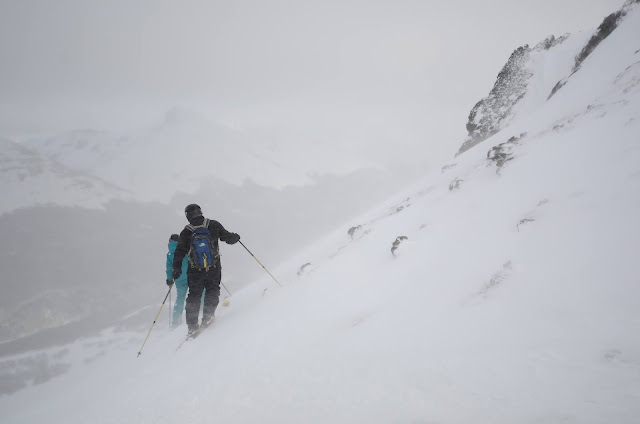 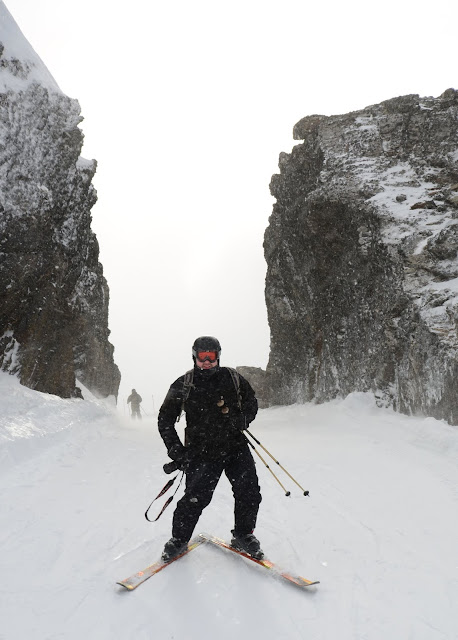 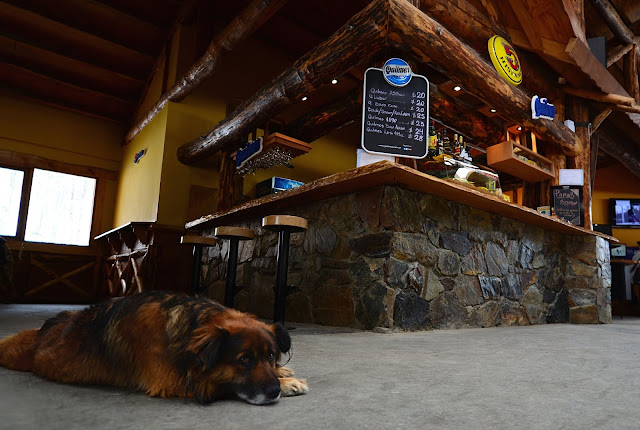 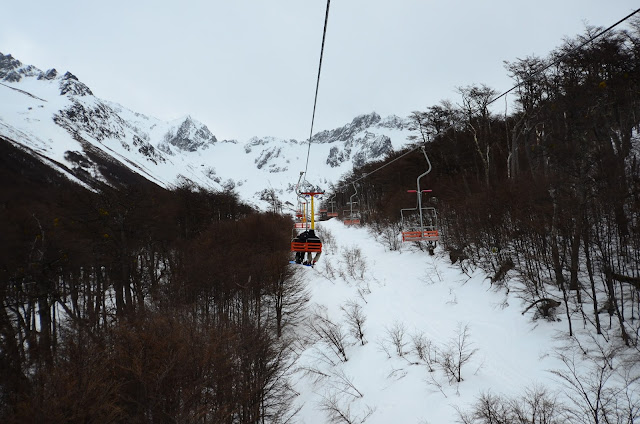 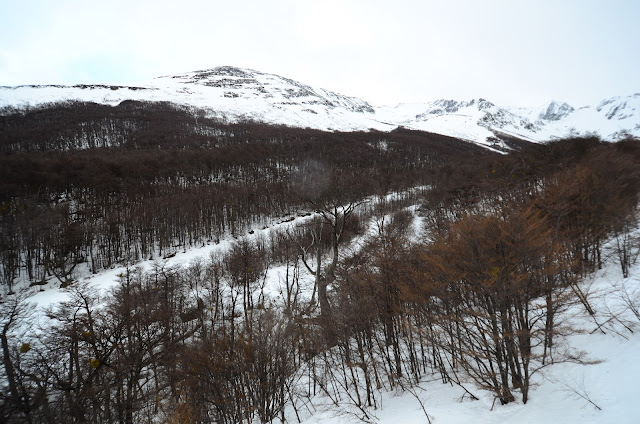 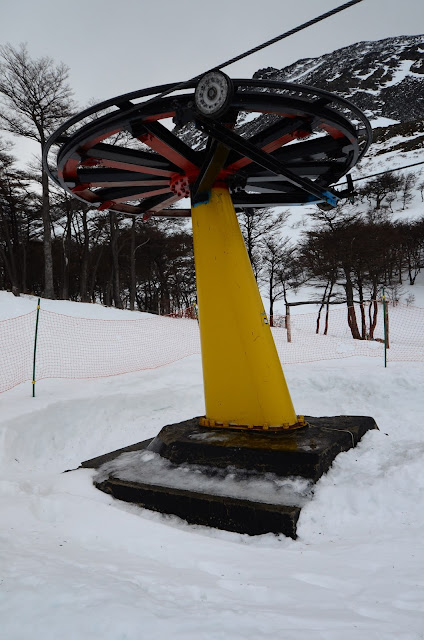 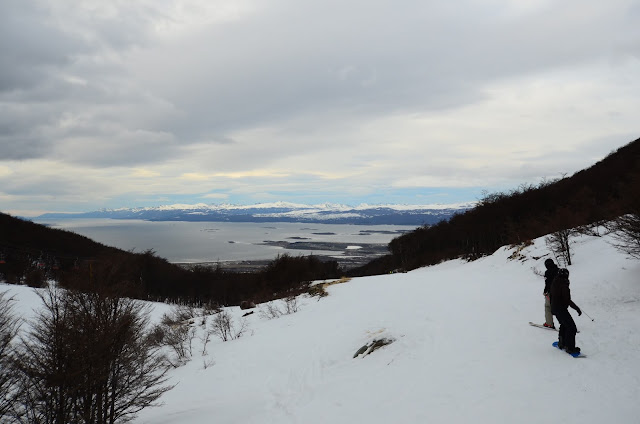 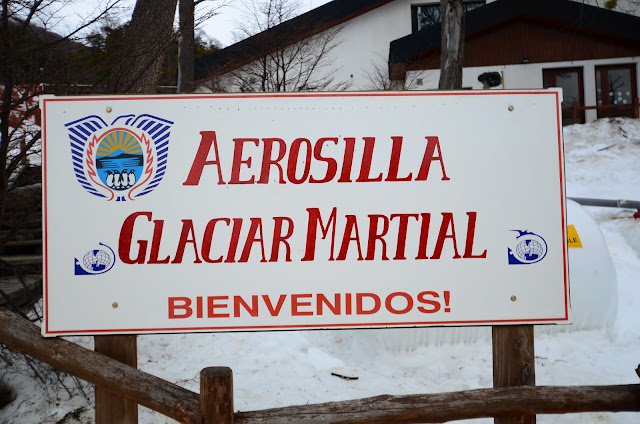 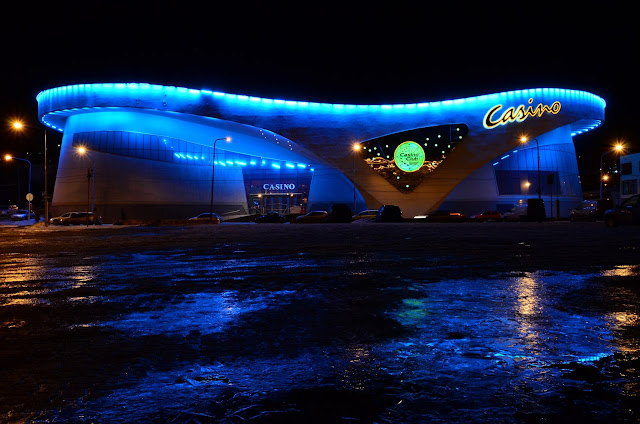 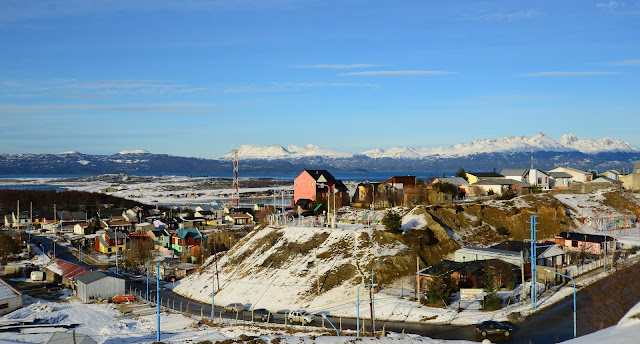 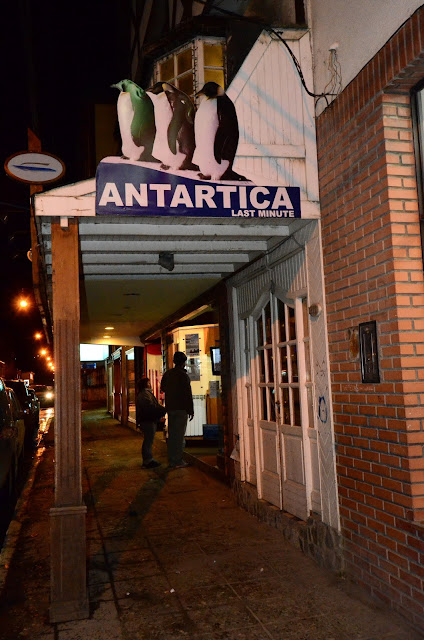 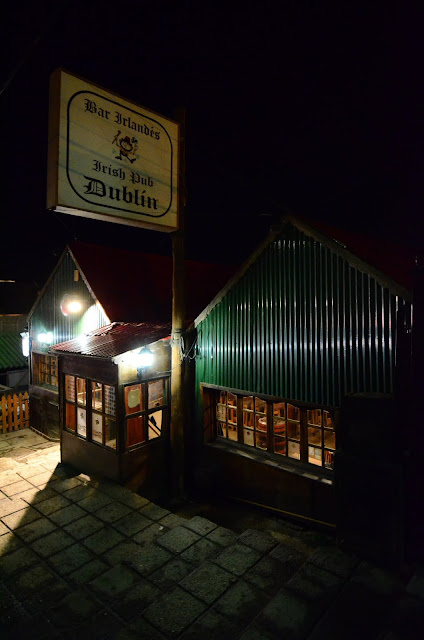 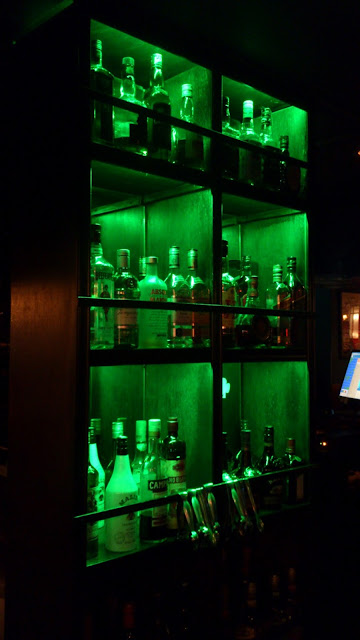 This article has also been published at TGR. Read the full Planetskier series at planetskier.net, or all blog articles from Blogspot or TGR. Photos, videos, and text (c) 2012 and 2021 by Jari Arkko and Tero Kivinen.

Posted by jariarkko at 2:23 AM