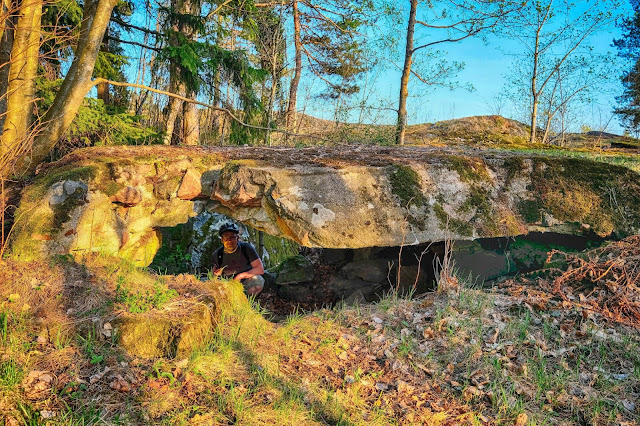 Jarmo and I visited the Leppävaara area fortifications, inspired by Tony Hagerlund's excellent blogs about them. There's plenty of trenches and also bunkers! These are World War I era fortifications built in a circle around Helsinki. We also found a small natural cave under a boulder!

This was also my first biking of the year, in +20 degree sunshine and wearing shorts. Felt good. 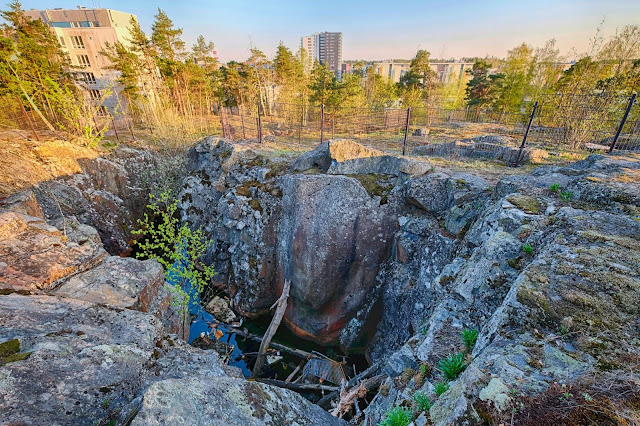 We visited bunkers in three areas:

Laturinkallio (between Vallikallio and Galleria, the old Leppävaara shopping mall): 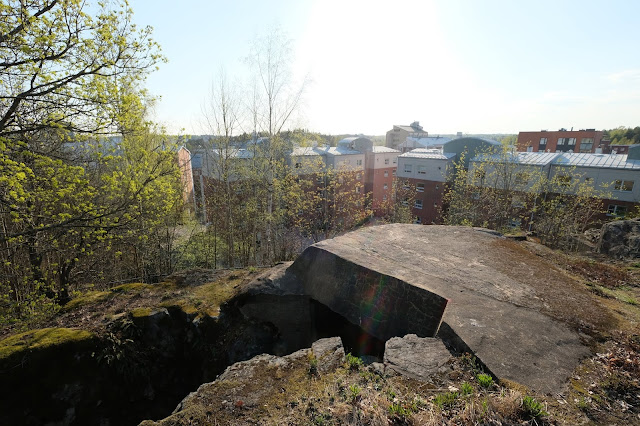 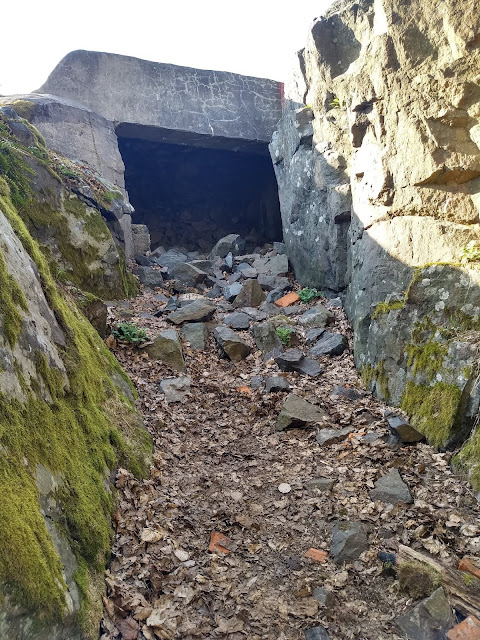 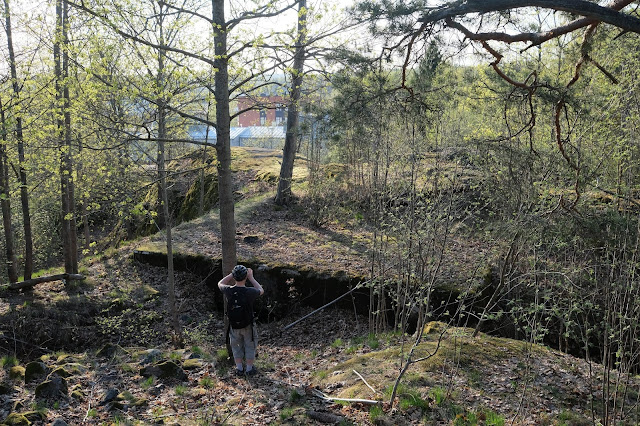 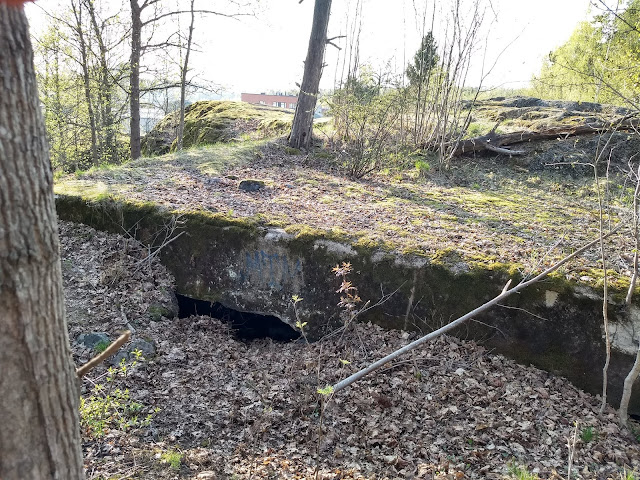 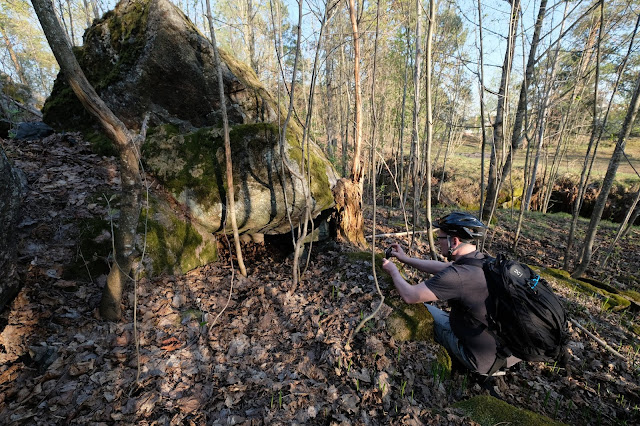 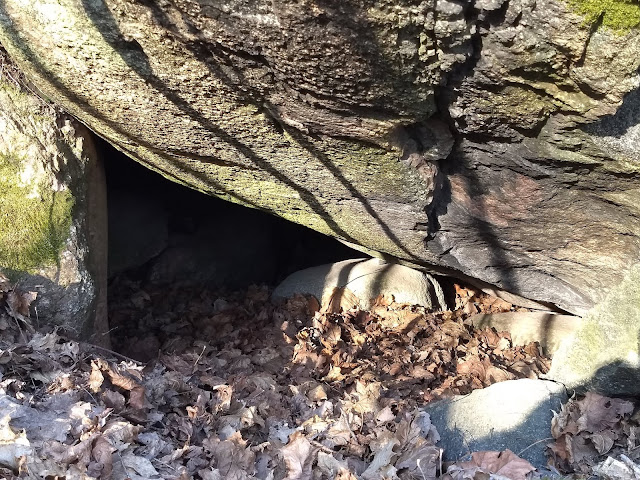 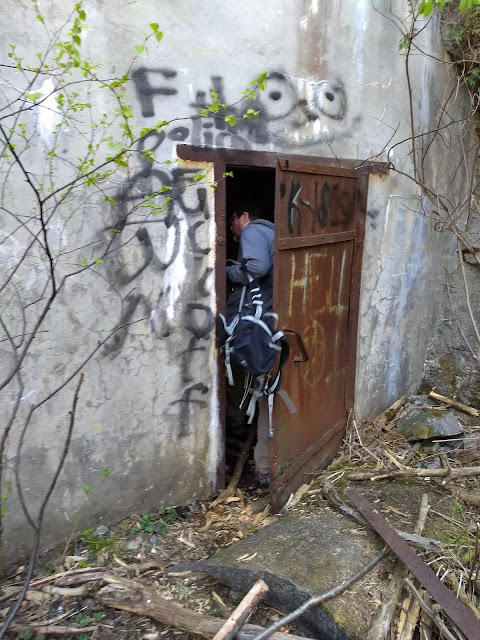 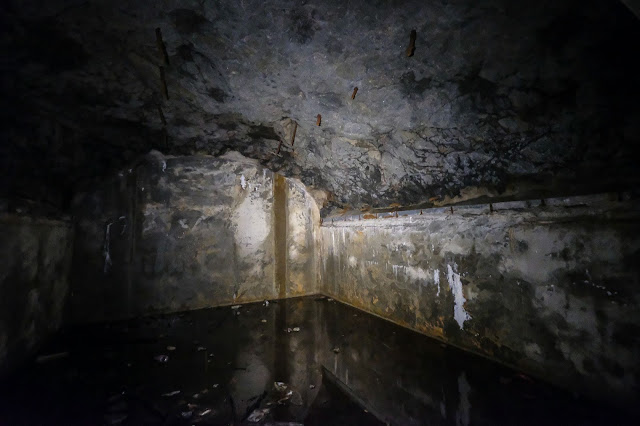 Nupukivenkallio, the hill south of the Leppävaara Urheilupuisto, between the school and fire station: 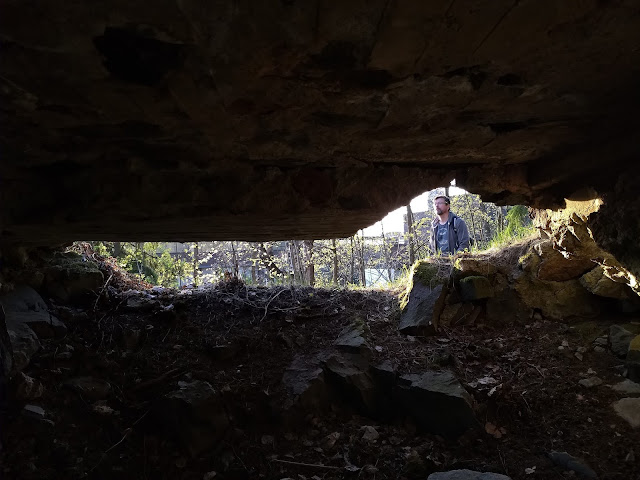 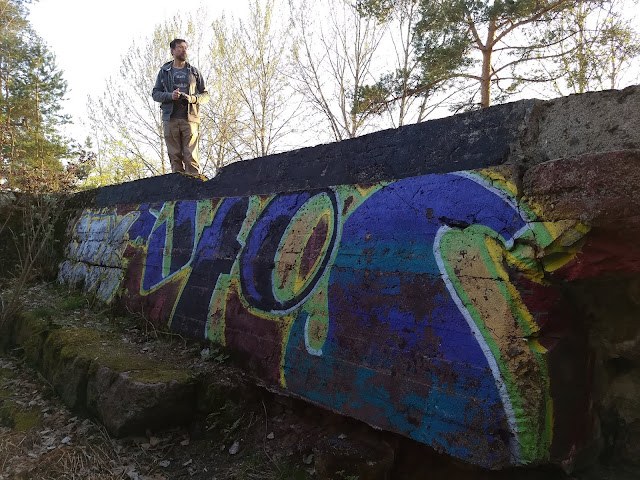 Warning: As always, be very careful visiting these places. There are 10 meter cliffs, dangerous objects in the floors, slippery rock, and the danger of collapses. On one of the bunkers in Vallikallio I stepped on a large boulder that started moving. It was scary.

Photos and text (c) 2019 by Jari Arkko. All rights reserved. All my caving and urban exploration articles can be found from planetcaver.net, theurbanexplorer.net and of course blogspot and TGR!
Posted by jariarkko at 5:59 AM