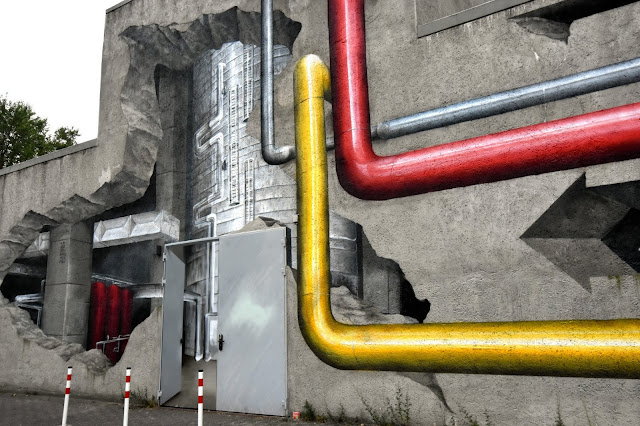 During World War II, the Nazis built so called Flak Towers -- fortified air defence bunkers -- in three cities, Berlin, Vienna, and Hamburg. I had previously been in the Thumboldthain tower in Berlin. Now I was able to visit two similar bunkers in Hamburg.

Whereas the Berlin bunker has been partially blown up, the Hamburg bunkers are in much better condition. One acts as a music school, media business park, and hosts shops.

The other one has was demolished internally with six of the eight floors collapsed, but has since then been renovated. This bunker acts today as a solar cell platform and buffer storage for renewable energy. Two million litres of water are used to store energy generated on the site, drawn from the solar cells, or waste heat from nearby industries. At the top the <vju> Café opens up for guests three days a week to look at the views and enjoy coffee.

The first bunker, Heiligengeistfeld Flak Tower is at the Heiligengeistfeld park in the center of Hamburg (N 53.55667 E 9.97036). The second bunker, the Energy Bunker is at Wilhelmsburg in the suburbs (N 53.50999, 9.98941). More information about the flak towers in general can be found from the wikipedia page.

I have mixed feelings about the bunkers. On one hand, they were a part of the German war machine, and the horrors of war are still all too present in their dark insides. But on the other hand, these bunkers are also interesting structures from an engineer perspective, and their current use is in stark contrast to the evil war times: teaching people about music or providing alternate energy sources.

There were beautiful concrete cuts... imagine having to slice through several meters of concrete to make a new door! 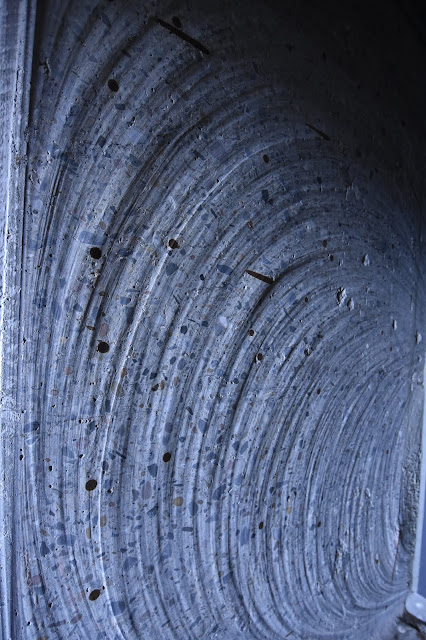 I loved the painted concrete walls: 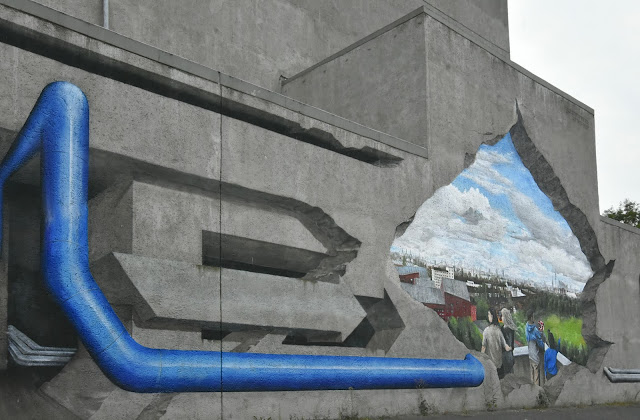 And I also loved this graffiti: 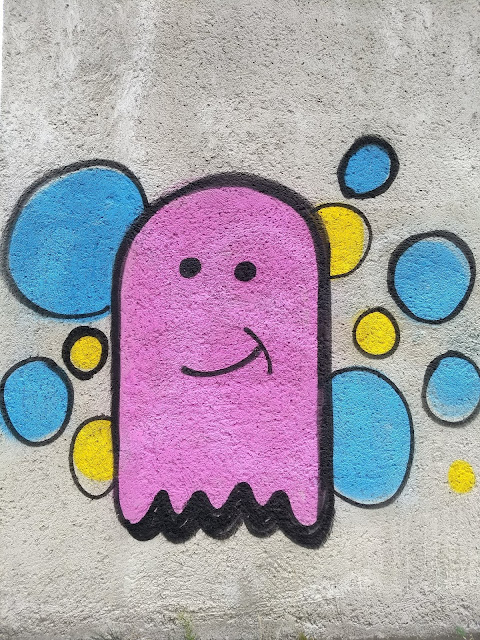 There were also claustrophobic concrete hallways: 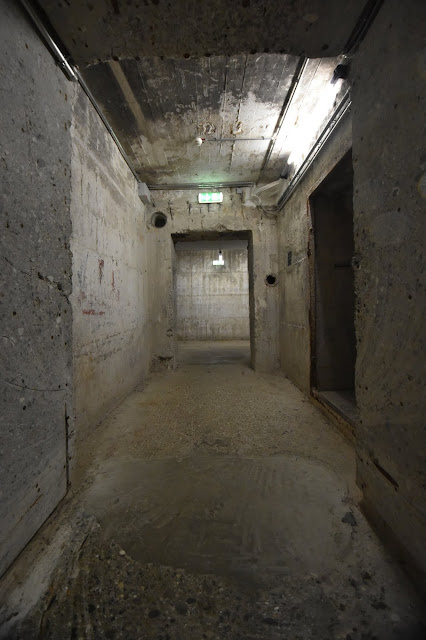 I wanted to get to the top of both bunkers, but did not manage to get to the roof bar on the Heiligengeistfeld bunker; the Terrace Hill bar was closed even if it was supposed to be open... but otherwise I was able to move inside that bunker, through the shops and offices. The bar would have been nice though, with palm trees on top of cold, grey concrete: 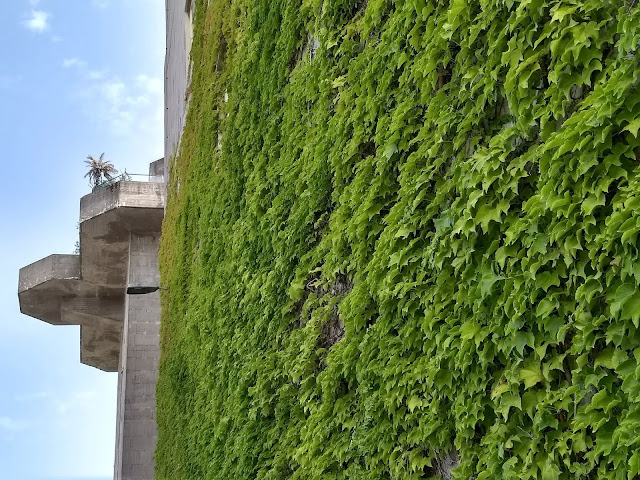 When visiting the Energy Bunker it was hit by a thunderstorm, rain poured down, and I was worried that I would not be able to leave without getting my backpack and computer wet. But the storm was just a front... it passed by:

More pictures from the Heiligengeistfeld tower: 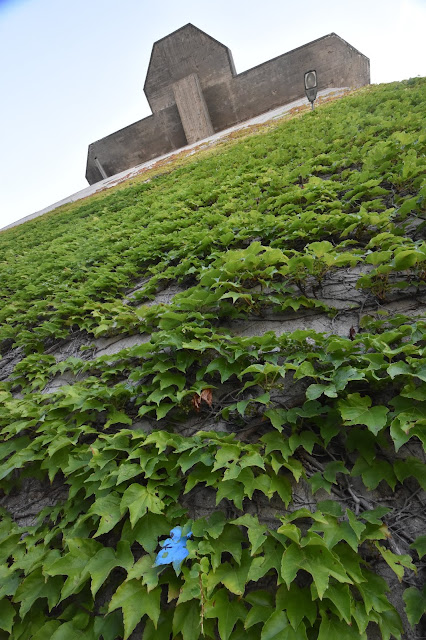 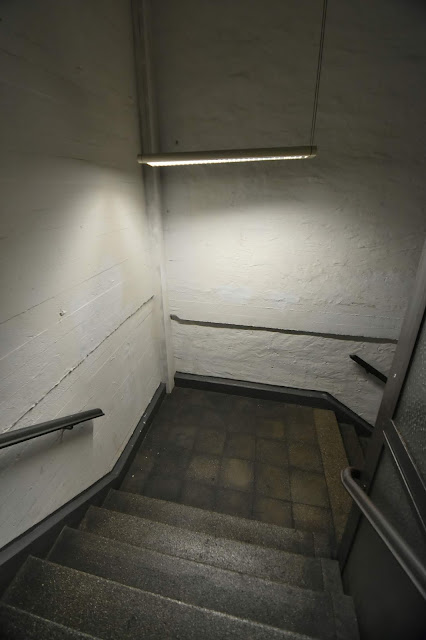 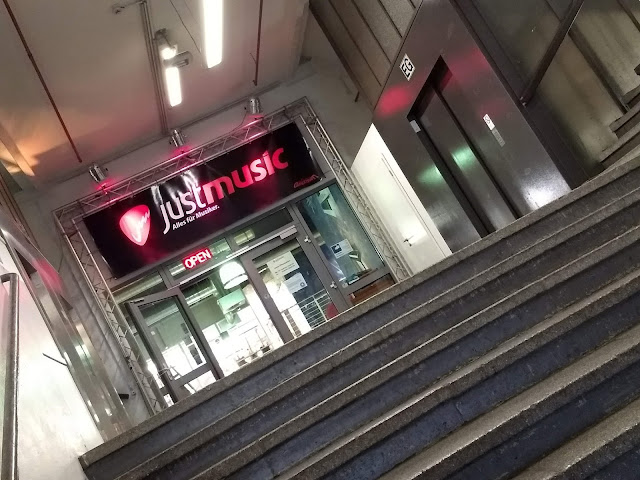 More pictures from the Energy bunker:

At the roof they had an advertisement for small sleeping tents/cabins: 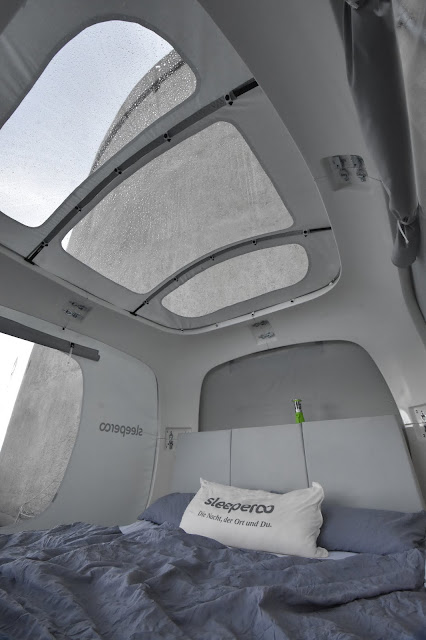 Other pictures from Hamburg:

This tower welcomed me on the way to the bunkers: 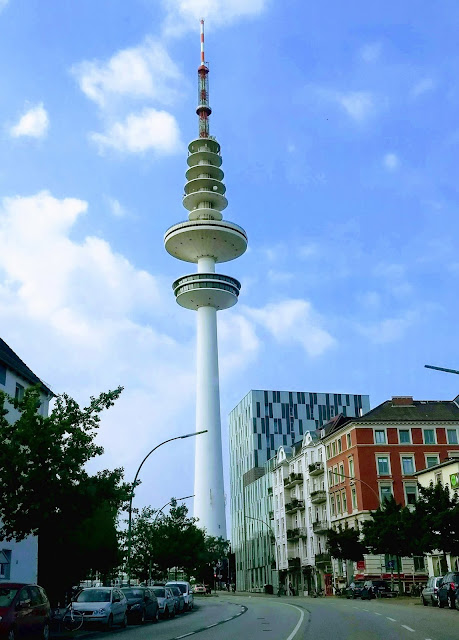