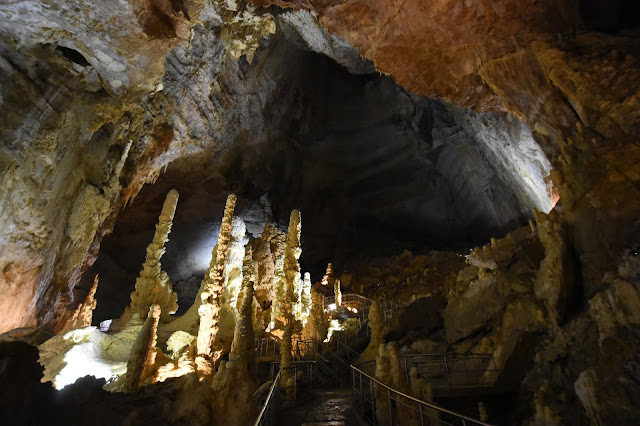 This week I'm on a tour through Italy with Janne. I had mentioned this to Tero, who suggested that we visit Grotta di Frasassi east of Ancona. He had made a visit earlier, and saw an incredibly large cave hall. Still, I had not realised how big it was. Over 100 meters in free height, and 240 meters to the natural opening at the top.

The size of largest room, Sala Abisso Ancona ("the abyss"), is difficult to imagine, even standing there. A tiny stalactite on the wall turns out to be two and half meters high, but it pales in comparison with the largest ones.

This cave has the most elaborate and untouched stalactite and other cave forms than I have seen anywhere else. It also help that the cave was only discovered in 1971, and has been carefully developed.

The cave has a number of different chambers. One of them is called Sala Finlandia, named according to the land of thousand lakes as that chamber contains may pools of water.

In the 1980s, a psychology experiment was performed in this cave with 15 volunteers. Olli Lehtinen, then a youngster and interested in adventures also participated in the test. There was a recent article in Helsingin Sanomat about the experiment.

Gortta di Frasassi worth your visit if you are anywhere near this place in Italy!


Maps and more information can be found here. 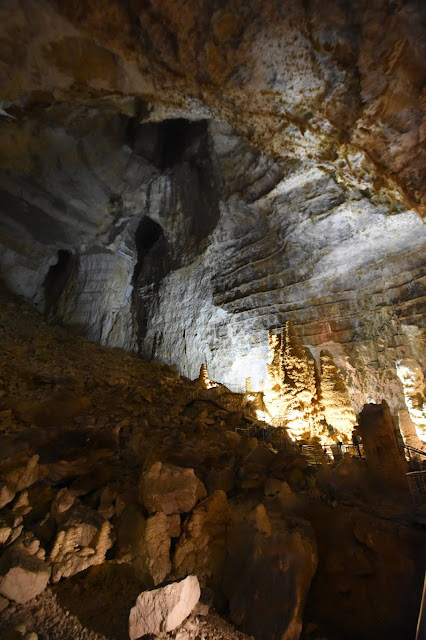 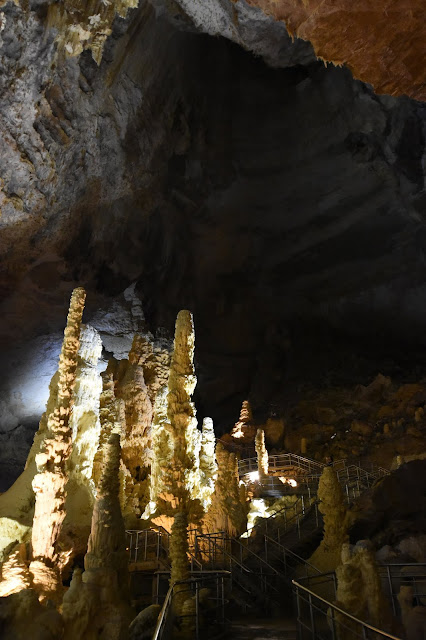 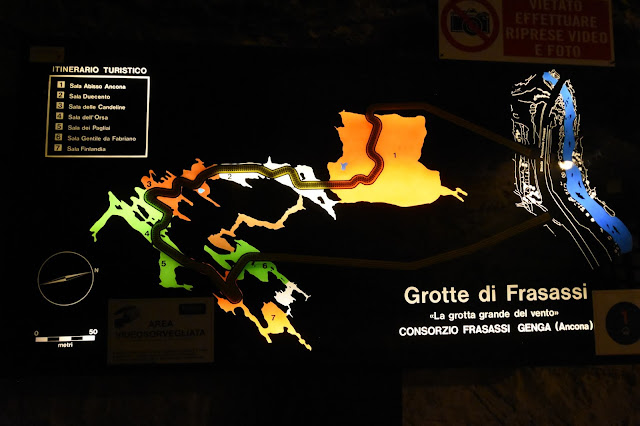 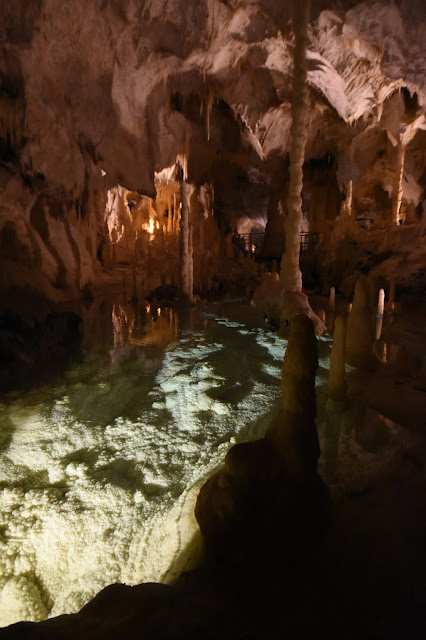 A 7-meter stalactite hanging on top of us, close to 100 meters above at Sala Duecento: 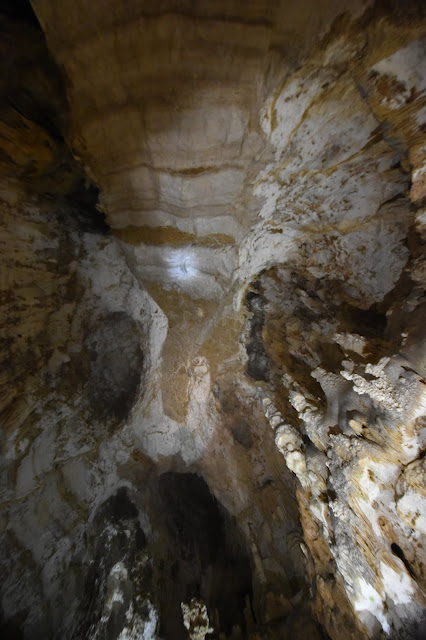 Paths elsewhere in the cave: 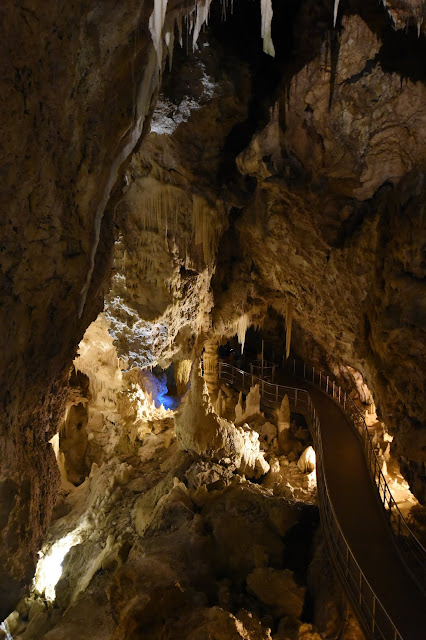 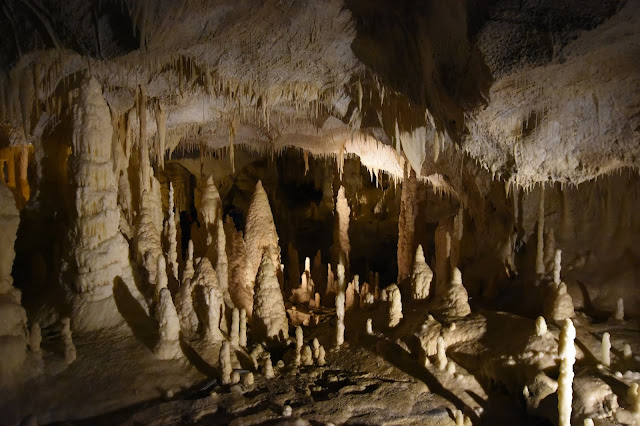 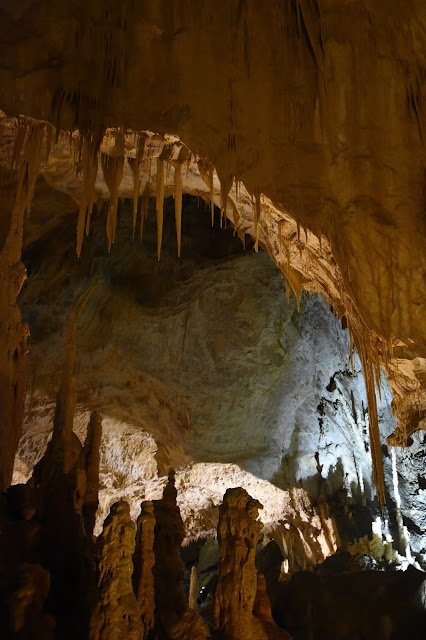 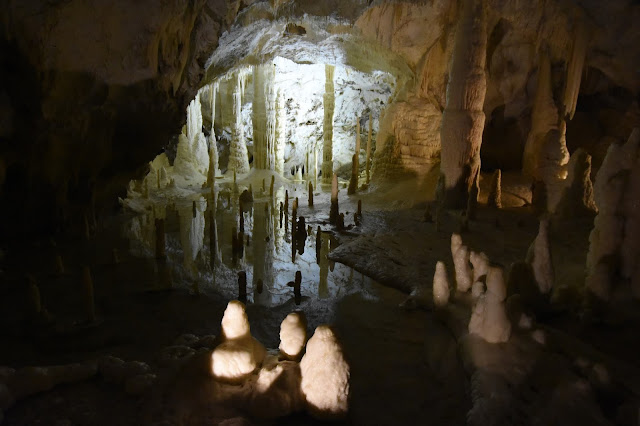 Here's the entrance to the lower, flooded levels of the cave: 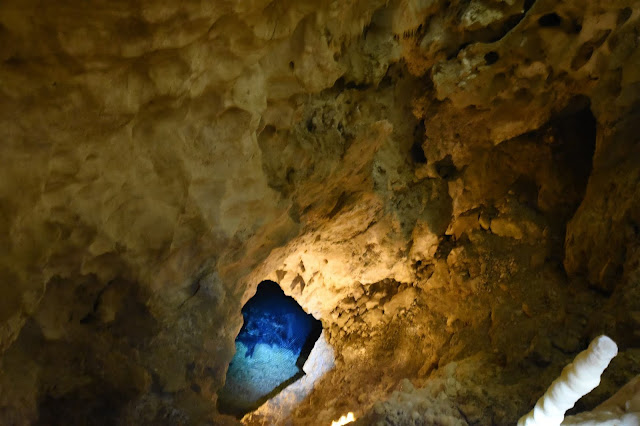 Interestingly, the site for the cave is a tourist gathering, and there are countless vendors selling what is largely just toys and junk; I tried to search for a t-shirt about the cave itself, but did not find anything else than one kids' size one. However, the good thing is that there are multiple vendors selling food and drinks; choice is good. 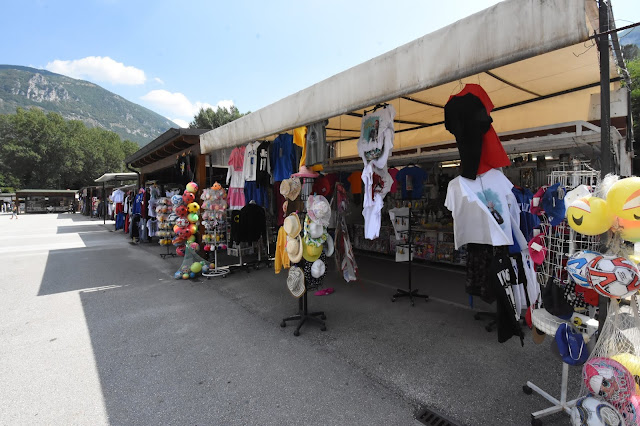 A rare occurrence: a free ticket for a blogger. Thank you! 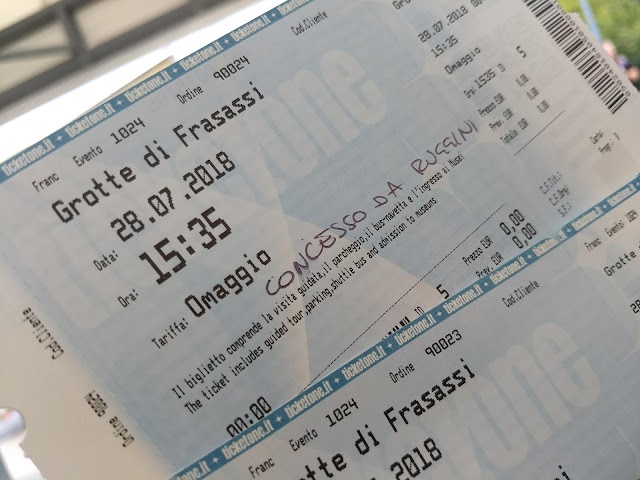