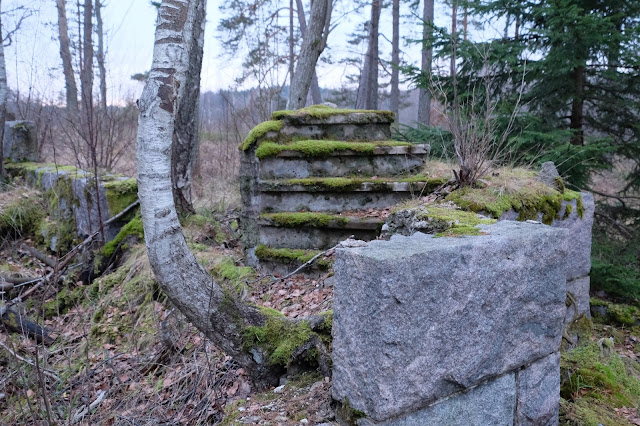 Jarmo and I were scouting for bunkers or other interesting underground findings on Sunday. Besides finding the inaccessible Ingels bunker, we found no other bunker despite the promise from the Lynx information that there'd be a "ruins / bunker". There was only ruins!

Nevertheless, we had an interesting walk in the beautiful scenery of the Humaljärvi lake. And we found many other things, the ruins of a large villa and many other smaller ruins in a nearby hill. We also saw many Soviet-era trenches. And possible remains of quarrying, with too many rectangular pieces missing to make this a coincidence. Finally, we found a memorial of people died in 1918, probably due to the civil war. (Later note: Jarmo found this wikipedia page that explains the events.)

We also saw odd barbed wire setups in the forest, a lone round table crafted from stone, a dam and nice rocky hills.

Jarmo has been looking at 1956-era aerial pictures of Kirkkonummi and the Porkkala parenthesis area, to look for evidence of places that we don't know of yet. Some of the remains on the hill are still houses in 1956. I wonder what happened to the houses, were they in too bad condition, or was the land they were on never reclaimed by the original owners?

Here are the locations: 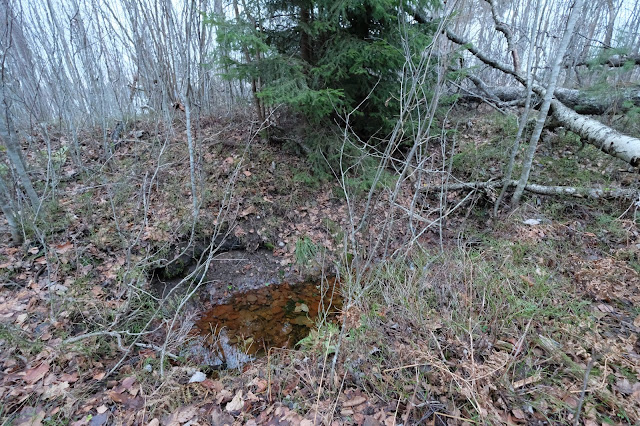 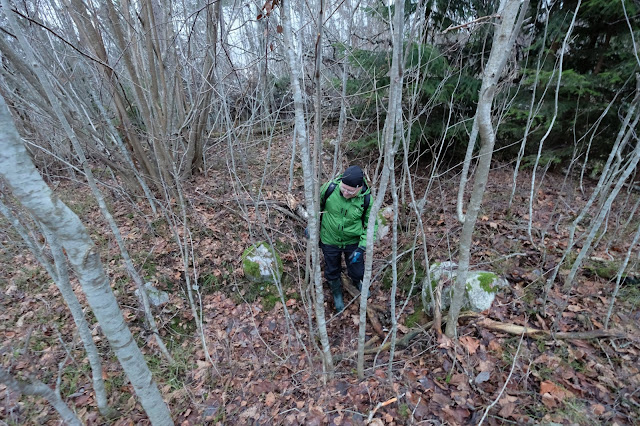 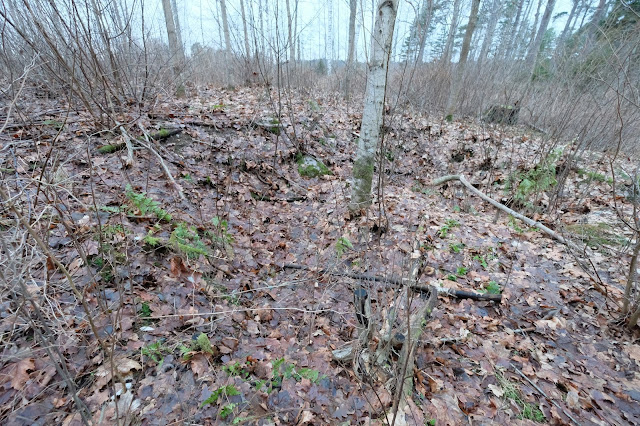 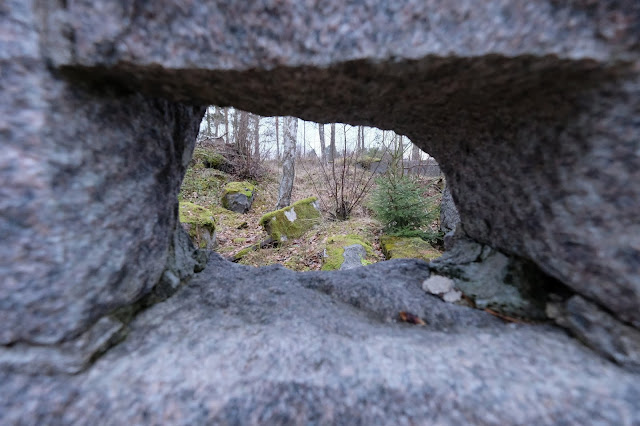 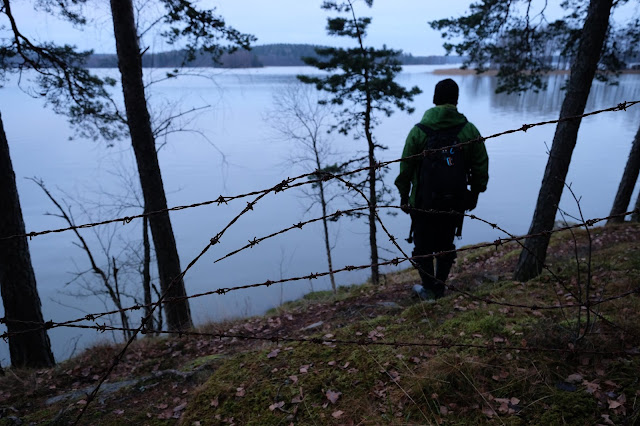 (See also the opening picture of this article) 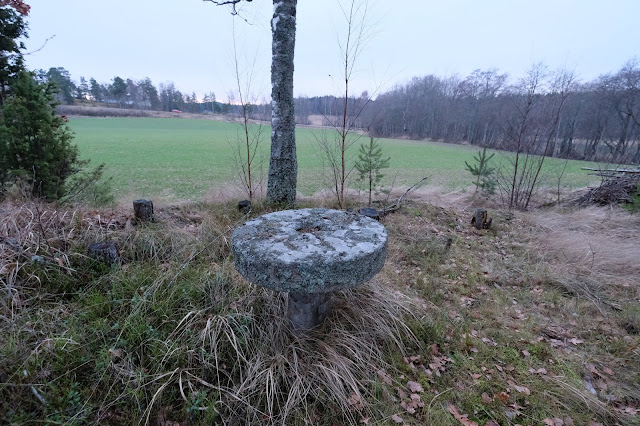 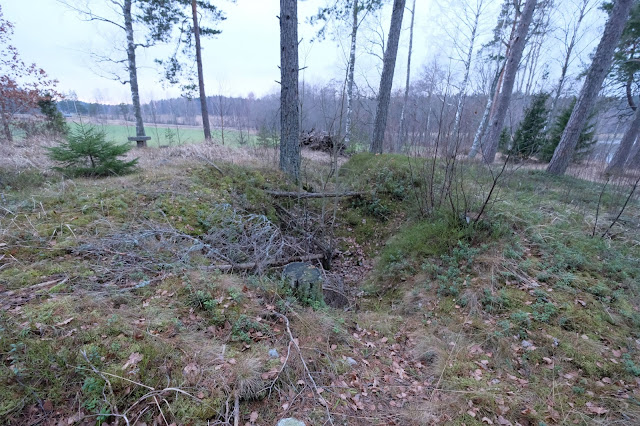 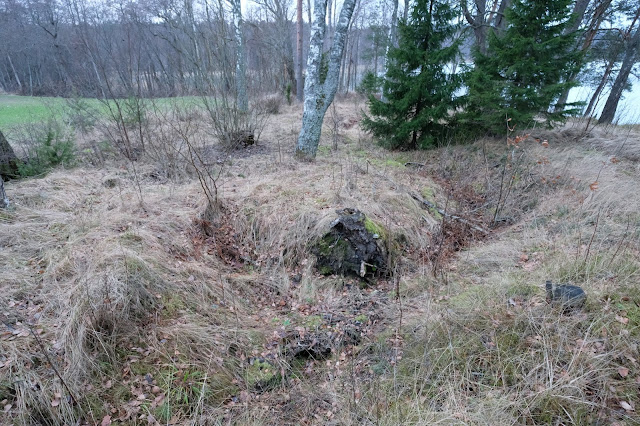 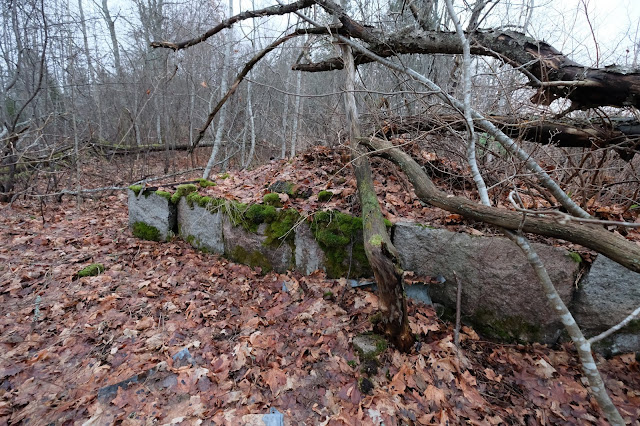 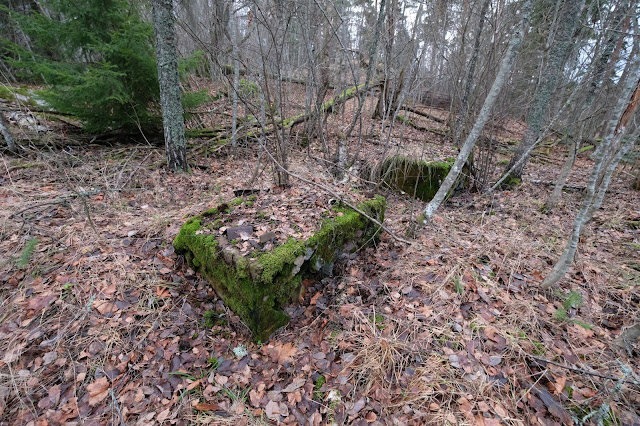 Quite visible as a house in 1956 aerial picture: 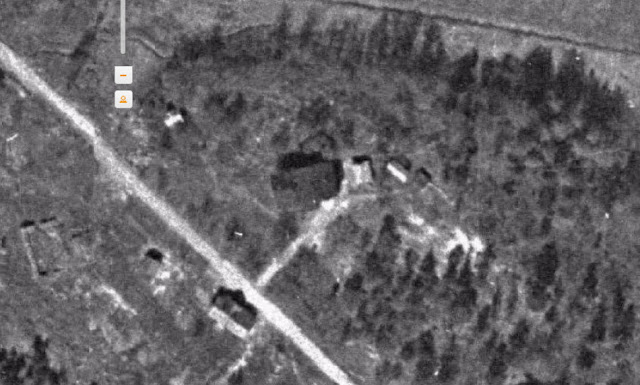 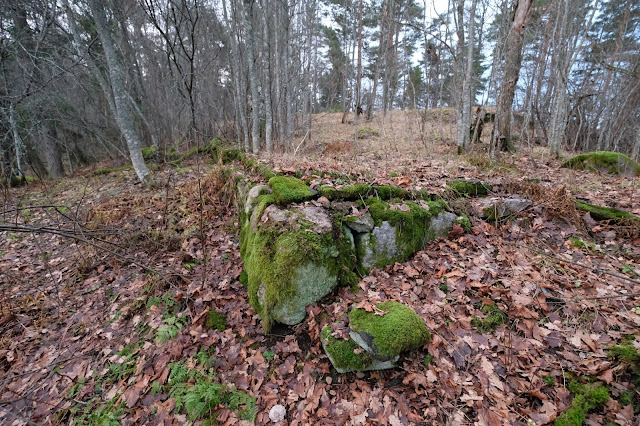 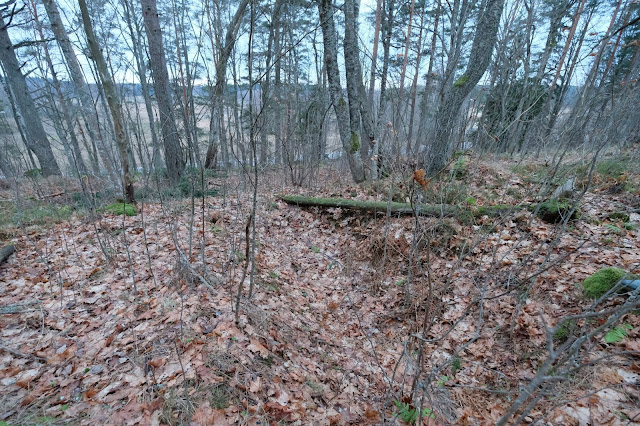 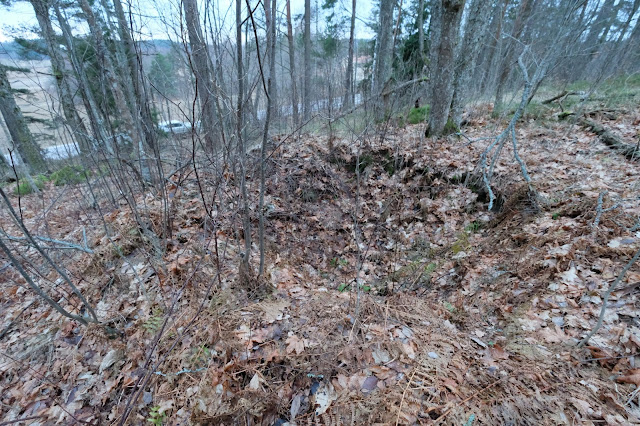 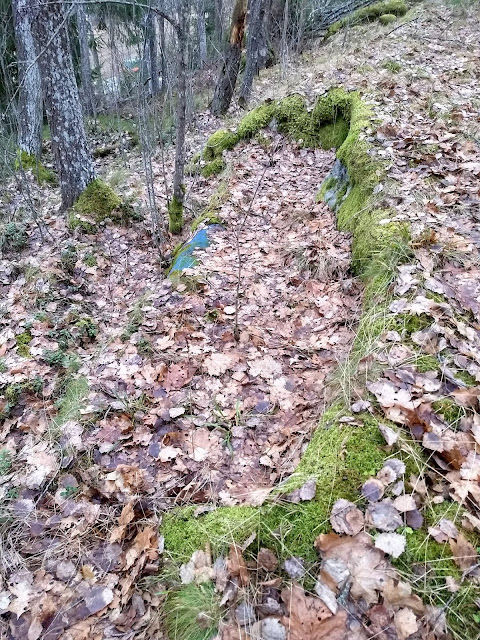 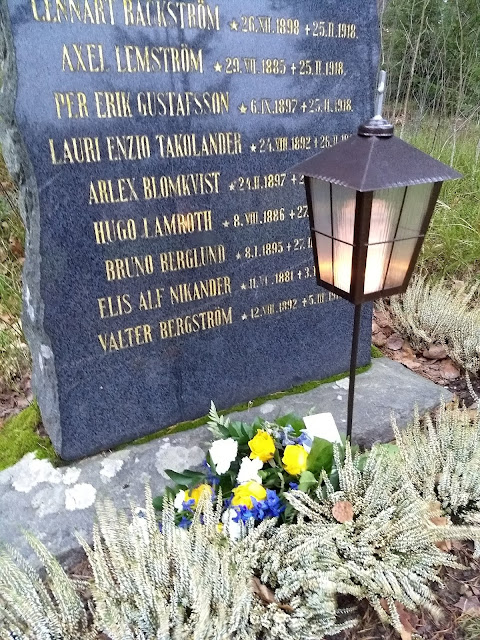 Posted by jariarkko at 2:36 PM