Squeezing into the Nepperi cave

On Sunday I needed some exercise, and decided to take a walk in the area of Pitkäjärvi in Espoo. I picked a route that would allow me to visit the Nepperi cave and took my drone just in case I needed to peek from the sky at some point.

Nepperi is reportedly the biggest cave inside Ring III. But I was expecting very little based on descriptions in the net and from my friends. However, this turned out to be a small but interesting cave. The interesting bit was a small passage on top of big rectangular blocks, tight enough to not be able to go through with a helmet on (I think --- I didn't have it with me on the walk anyway). After the squeeze for maybe four or five meters, you enter the upper ledge where there is a bigger and more open cave room, with the horizontal crack opening to the cliff face. By this time your are about three or four meters high up on the cliff.

There was another way in as well, but I didn't try it because the slippery, wet rock right on the side of the cliff didn't look very inviting.

And once again, apparently obviously, we're finding this cave from the excellent retkipaikka.fi and an article by Antti Huttunen. Great work, Antti!

Flowers on the way: 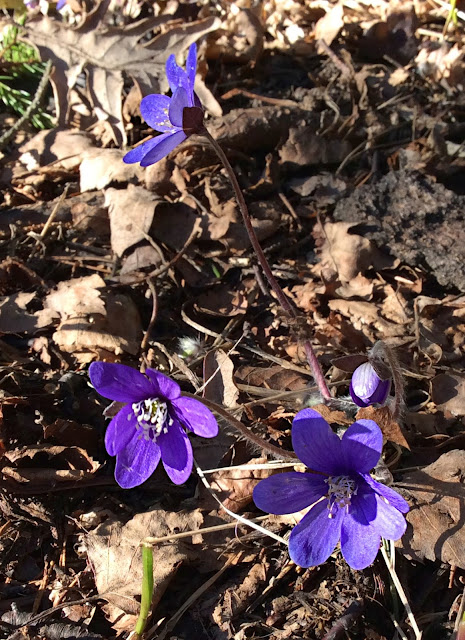 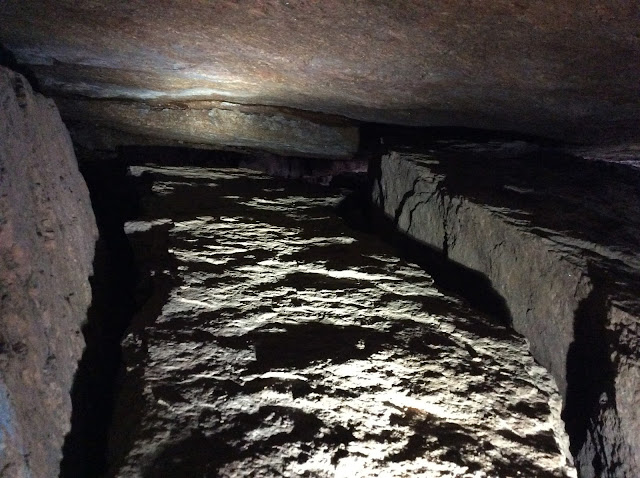 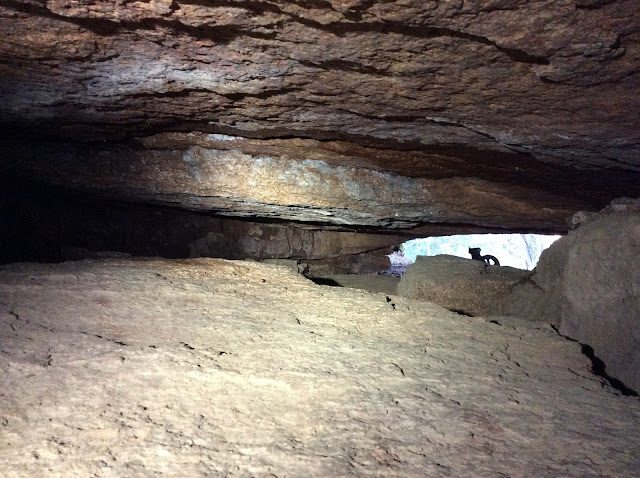 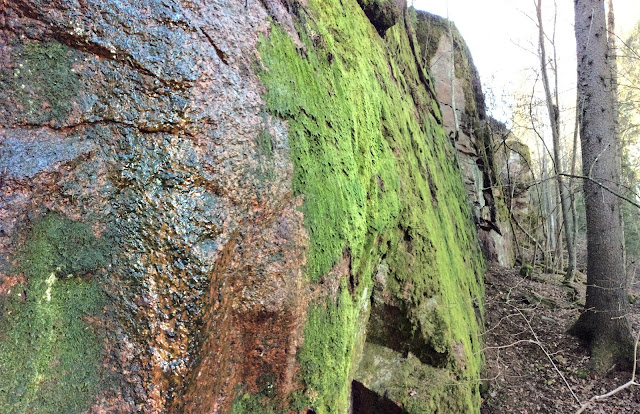 The balcony that you can reach through the squeeze: 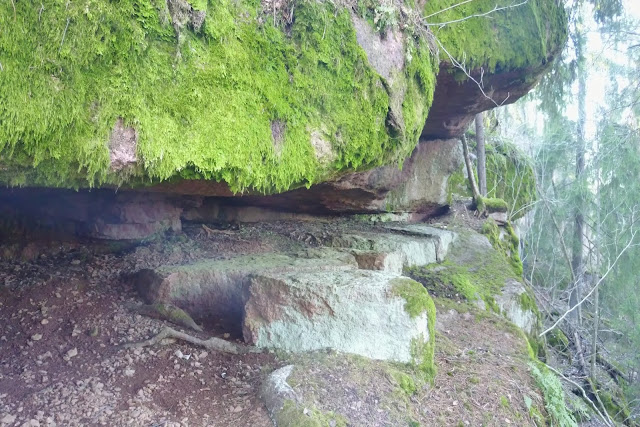 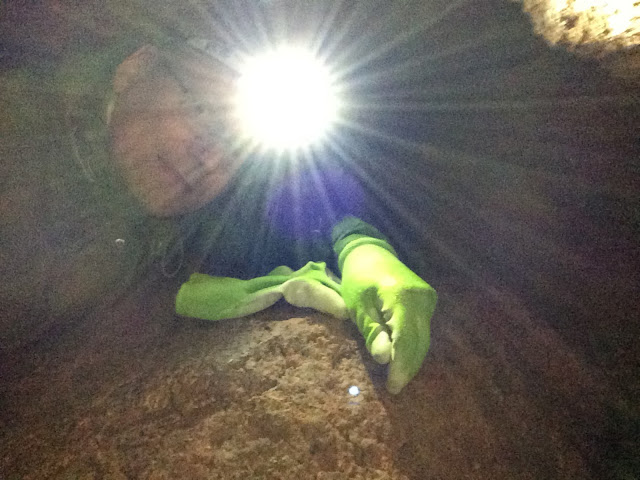 The entrance part of the cave, photographed from the start of the squeeze:

Photos (c) 2017 by Jari Arkko. Remember that pointers to all my stories about caving and skiing can be found at the ​Planetskier.net and ​Planetcaver.net web sites.
Posted by jariarkko at 5:59 AM