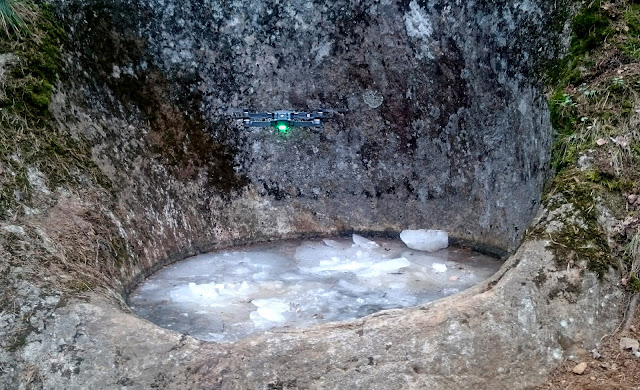 We went out on Easter Monday, for an "hour long walk". Turned out no one looked at the map, distances, or time, or took into account time for driving or gathering gear. So, we walked for three hours and returned home probably five hours later.

Oh well... at least my new sports watch was a bit happier with the number of steps taken today. It wasn't entirely, happy, however, as apparently three hours of walking in the Sipoo swamps doesn't count as fulfilling your daily goals to more than 80%.

Anyway, hopefully the other half of Jarmo's family was not unhappy about the "slight" delay. And that Janne didn't get cold after he step on a swamp's eye early on in the hike.

But, we did manage to see the "devil's churn" or hiidenkirnu as they are called in Finnish. The proper term I think is glacial pothole. A hole dug into ground rock by a spinning boulder, by the force of glacial or water movement.

We went to see the group of potholes as described in this excellent article, once again from the retkipaikka.fi website, and once again -- who else? -- by Antti Huttunen.

I also played around with flying the drone in the pothole. Thus time on full manual, as some software issue prevented me from connecting my iPad to the drone controller. (Later I resolved the issue by re-linking the controller and the drone, but it was difficult to dig up Internet advice for this bug while in the forest.) 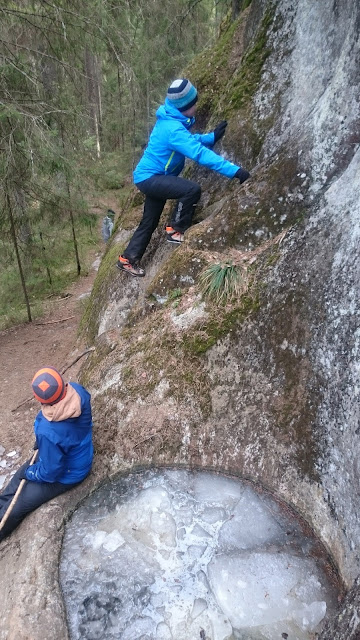 We also found a decaying house in the forest: 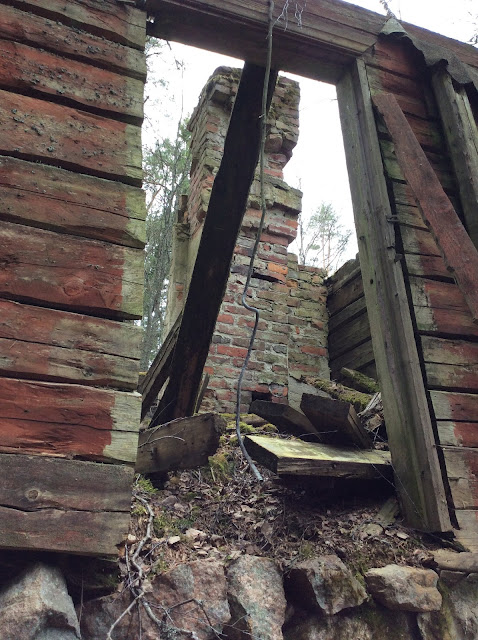