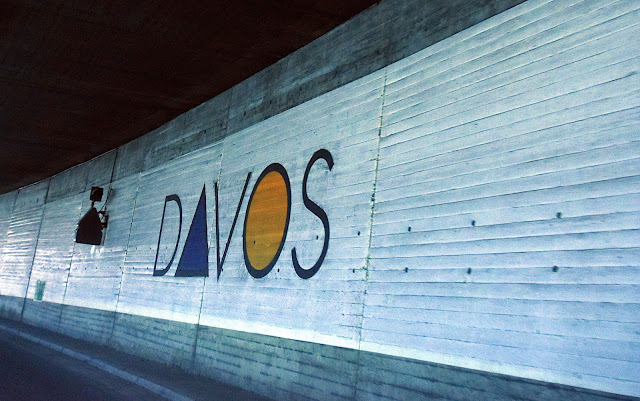 The world's leading eskimos meet every winter in Davos to collaborate in shaping global, regional, and industry igloos. Well not really, but to my surprise the skiing in this village mostly known for the political and business elite is quite decent.

Or maybe even great, not just decent. This year there hasn't been much snow, so the off-piste options were limited and the official slopes were basically ice. Nevertheless, the slopes, like the run down from Weissfluhjoch to Davos Dorf were incredible: a vertical kilometer of sustained, nicely steep and increasingly narrow run above the village. And back up on the Parsennbahn train. I could feel my underused leg muscles after this run. Or take the run to Schifer or Serneous; it starts out less steep, but keeps pushing you. Very nice.

Davos is a set of nearby but not fully connected ski areas. On the other side of the valley across from Parsenn there is the Jacobshorn ski area. I really liked the Moräne run from Brämabüel to Jschalp, 600 meters of steep ice, again above Davos and the lake.

Even with the little snow, we found nice couloir or side valley on the right side of the Jatz run. Untouched by other skiers... a bit scary for possible rocks buried in the few centimetres of snow, but a very nice run with occasional deeper patches of soft snow.

But that's the skiing. A friend had noted that Davos isn't the greatest looking place, but I was still surprised a bit about the Davos village. It didn't match my expectation of a Swiss alpine village, but rather a basic, even agricultural town with half of the buildings made of ugly concrete. Be that as it may, our biggest grief in Davos was the traffic. You would think the elite wants to have a well-working traffic system, but no. But maybe they fly in helicopters? But for the rest of us, going two kilometres from one side of the village to the other can take over an hour, and parking is a nightmare.

Oh well. We opted to ski two days in Davos, and go someplace else on the third day. Our accommodation was half an hour away from Davos, down the valley, and closer to many other places (including Liechtenstein that we came from). Our room was reasonably priced and the half board dinner was... stellar, probably Michelin-class. However, it felt odd how badly Internet works in many of these places. Our accommodation was Sommerfeld, a big gasthof in Pragg-Jenaz. They had one access point for the entire building, and when I complained that it didn't reach our room as advertised, they promised to fix the situation. And they did -- they moved the access point to a different corner in the room it was in, closer to our room. Hope the other guests didn't mind! Also, later I realised this particular brand of access point benefits from hourly reboots "to improve performance" as they say.

Oh well. But I also wanted to say I really liked the Sauna in Landgasthaus Sommerfeld: very Finnish, 80 degrees and with a bucket of water to use for making it even hotter. Nicely done. 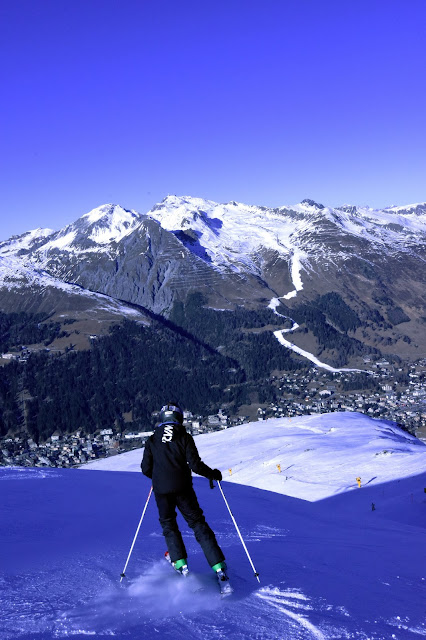 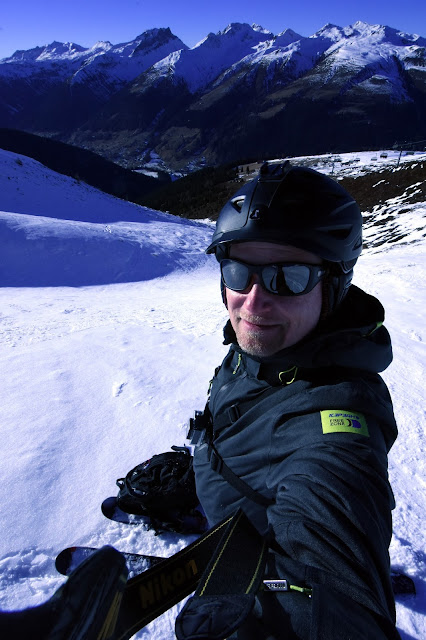 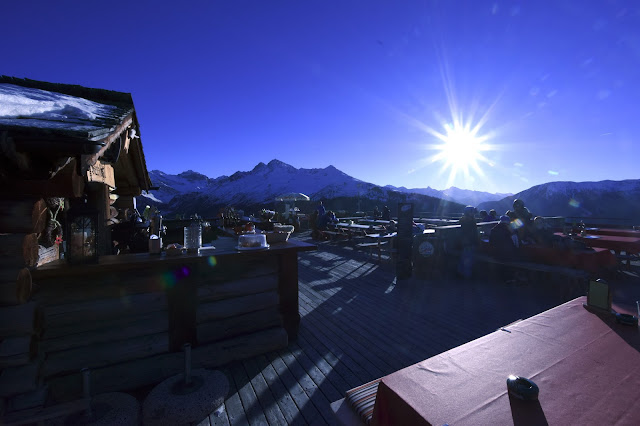 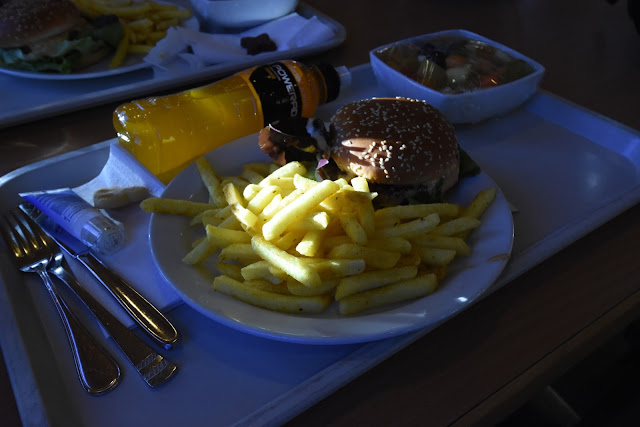 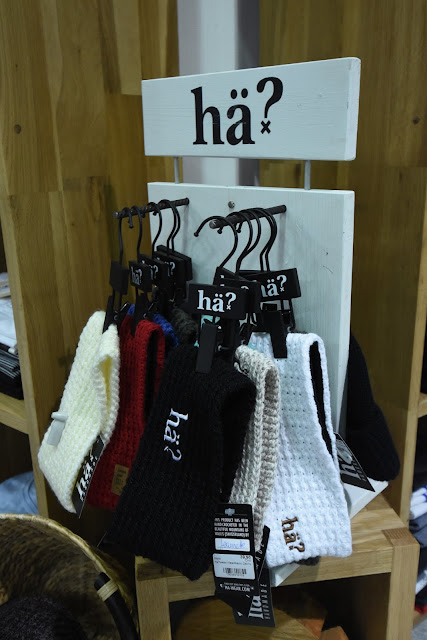 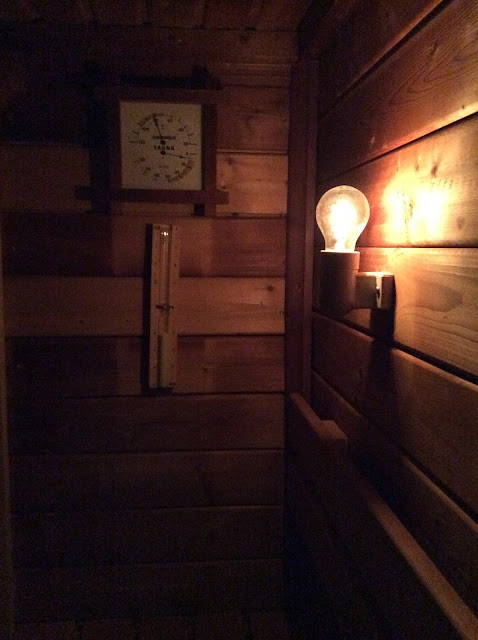 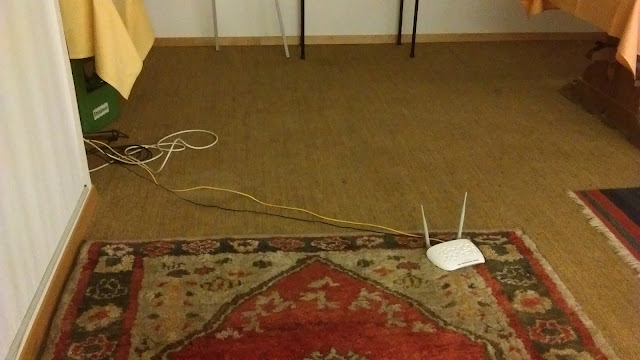 Somewhat odd looking sink in the sauna area. Or at least I thought it was a sink: 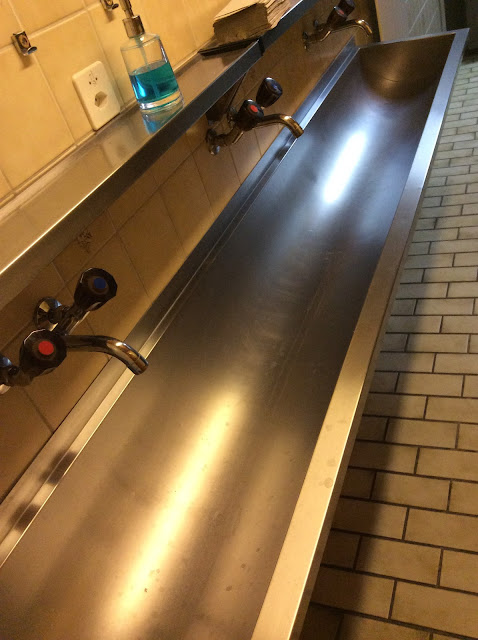 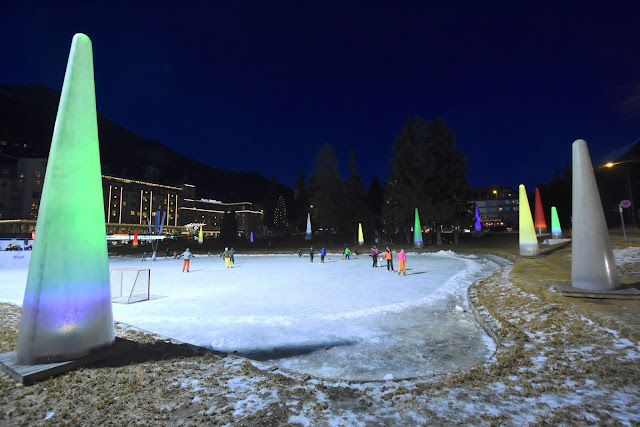