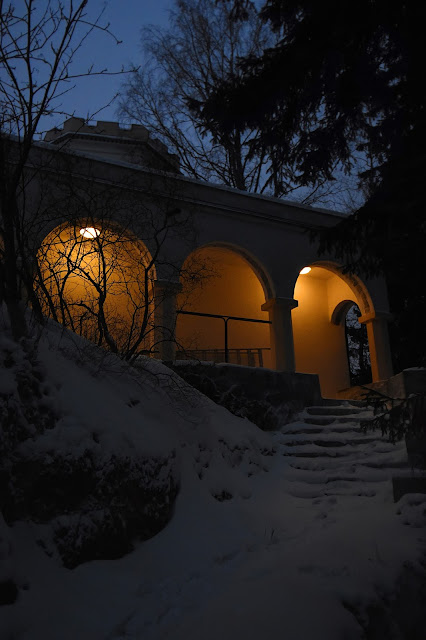 Today's morning was too slow to do anything else than to scramble to the car to get to a local museum before it closed at 4pm.

Janne and I went to Tarvaspää, Akseli Gallen-Kallela's ateljé (studio). This is a small castle-like building was built in 1911-1913, and served also as the home of the family. It is a beautiful building, but in the darkening evening the colours around the museum made it particularly beautiful.

The building is also full of details, like the bathroom that feels like it was placed in the staircase. It can be entered from multiple rooms at multiple levels, but yes, there's also a proper staircase in the building :-) Or the lights where shadows will strengthen and enlarge the design's patterns.

What a wonderful place this must have been for the artist Gallen-Kallela, right next to the sea, on top of a cliff. Gallen-Kallela has been quoted as dreaming of owning a castle in the middle of the wilderness. And it feels like that here, though we are 7 kilometres away from the Helsinki* city centre :-)

I can also recommend the the cafeteria next door; today they served salmon soup, it was very good!

*) Fortunately the building is on the Espoo side -- if this place was in Helsinki they'd probably have demolished it already. As an example, Helsinki plans to destroy the historic Malmi Airport, often listed as one of the world's most endangered cultural history sites. 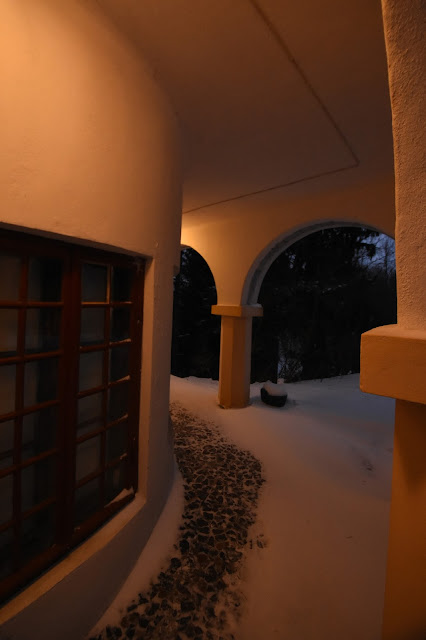 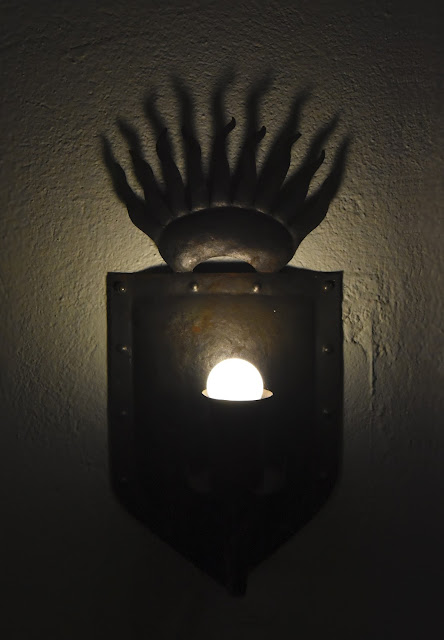 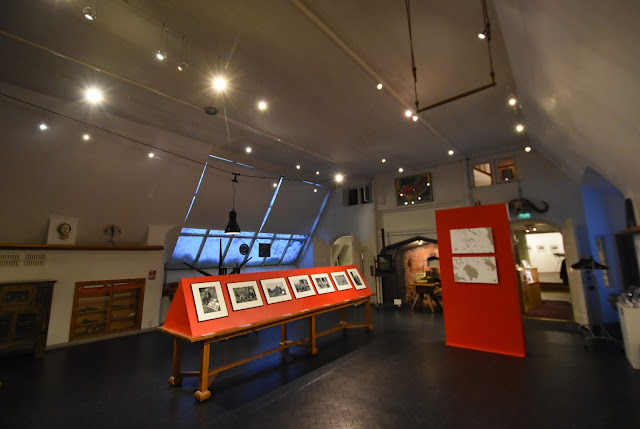 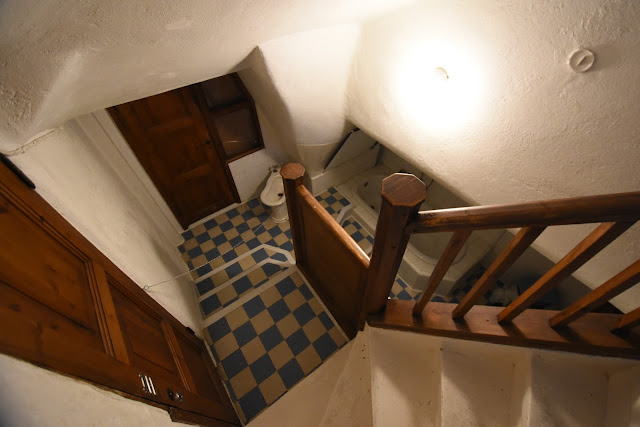 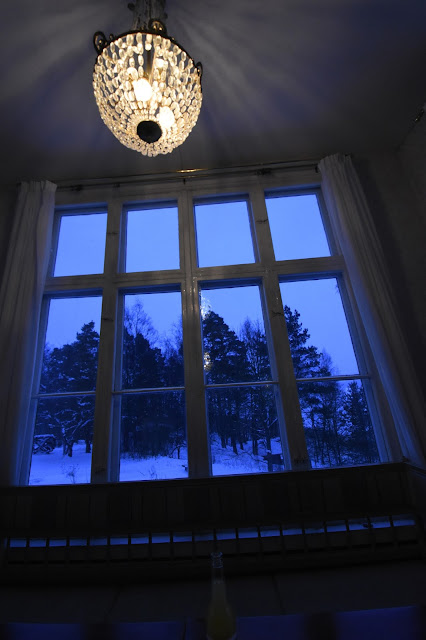