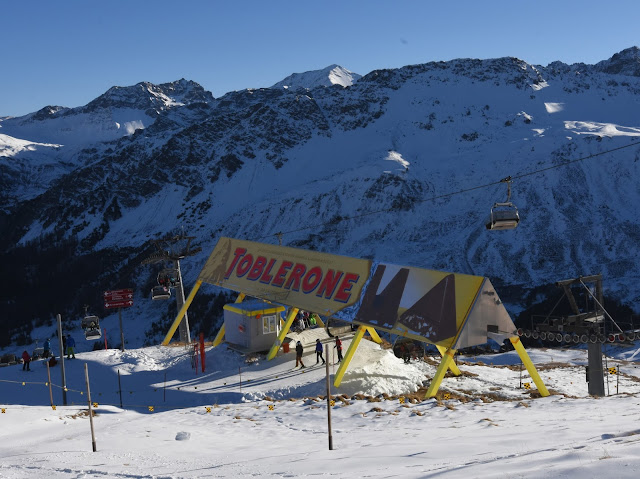 At first I thought it was just an oversize advertisement. Then the ski lift took me inside it. I kept wondering what they would do to the lift, it the ski area suddenly switched to advertising M&Ms. Or worse yet, how about insurance or toilet seats?

I had my answer soon. At the top of the next ski lift was this advertisement: 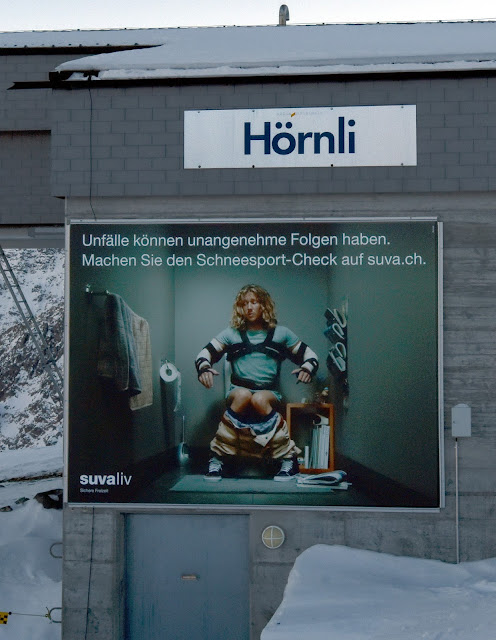 Well. At least I didn't have to go through a hole toilet bowl on my lift ride.

This wonderful advertising was found from Arosa, a ski area newly connected to another ski area, Lenzerheide. Both in Switzerland, near the town of Chur. This newly connected mega-area is big, very big, and since we only had one day we were able to cover leas than half of it. Like Davos, the conditions were little natural snow and plenty of man-made ice.

The skiing was good, again on narrow icy but nicely steep slopes overlooking the valley. The connection between Arosa and Lenzerheide takes a while though. But parking was easier and much better organised than in Davos.

We liked Restaurant Heimberg at the bottom of the Heimberg lift. The Goulash index, however, was a shocking 15.50€. Or 10.50€, if you consider the smaller portion as the standard portion. I didn't try the soup this time so I can't say which one was comparable to Goulash bowls in other resorts. 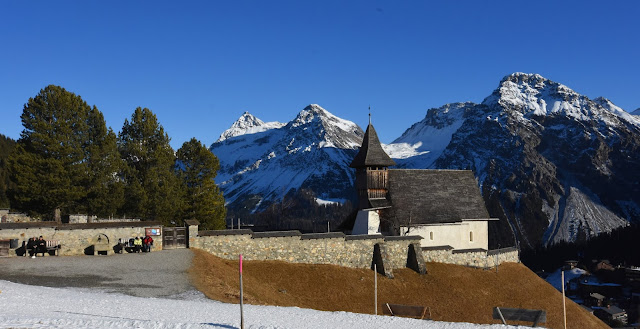 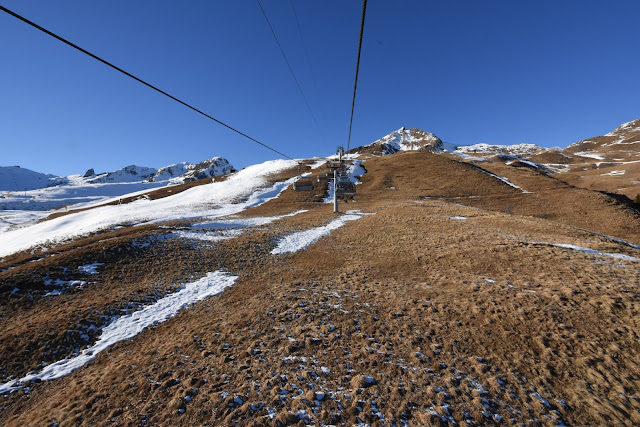 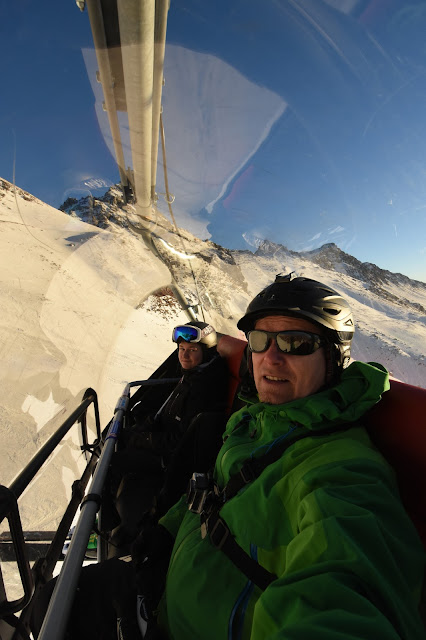 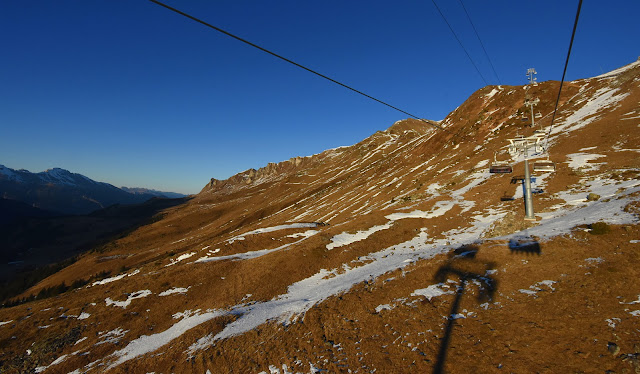 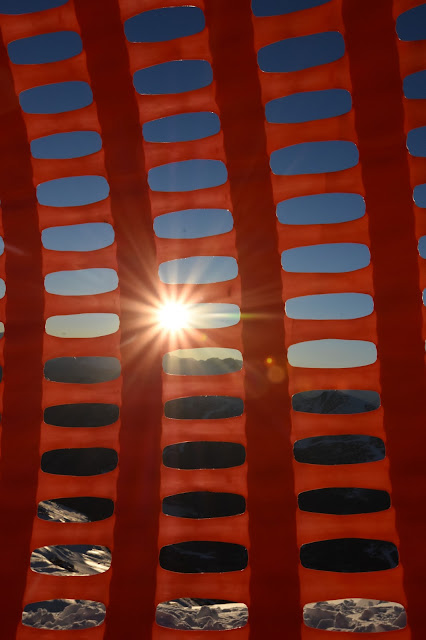 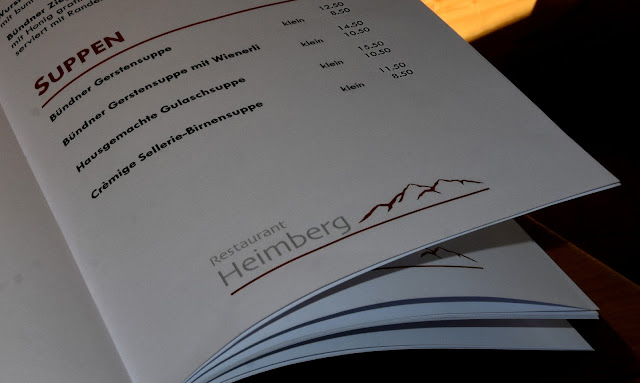 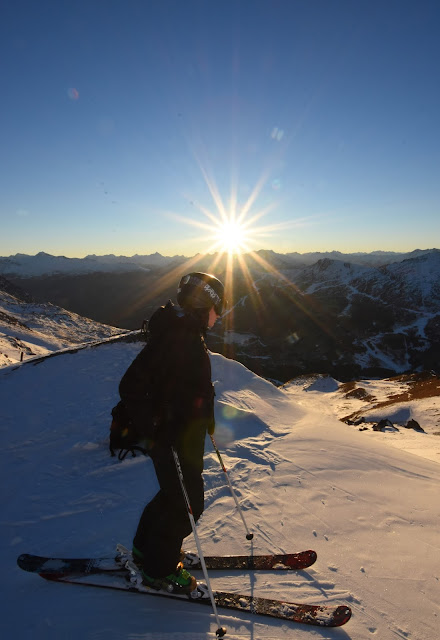 Photos and videos (c) 2016 by Jari Arkko and Janne Arkko. This blog exists also on the TGR site. Tämä blogi löytyy myös suomeksi Relaasta.
Posted by jariarkko at 12:51 AM