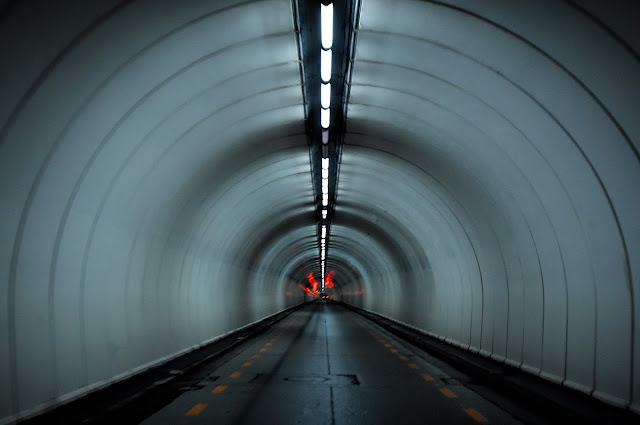 The sign in Malbun caught my attention: "lustkurven", lust for curves. I think they meant the skiing.

Janne and I are on a mini vacation during the Christmas holidays, checking out Liechtenstein, Davos in Switzerland, and we'll see what other places. Today we are in Malbun, the ski area in Liechtenstein.

The picture above is from the one-lane tunnel that you need pass through when driving up. It looks like if there was fire in the tunnel, but it is just reflections of red tail lights. Great looking tunnel though!

The ski area itself was lacking a bit in snow; this is a bad snow year in parts of the alps at least. I had been once before here, with my friend Teemu on our way back from Austria. Then I had even less time, just an hour or two, but I was able to ski powder snow all around. Now, just a couple of the slopes were open to begin with, and they were all on man-made, hard snow. Or ice rather.

It was a fun way to ski though, and Janne also got to test his new skis and ski for the first time in almost two years (he had some ankle problems last year). Seemed to go well, in fact I had trouble keeping up.

We had a quick lunch on the Sareis side, which unfortunately was not yet open for skiing. The restaurant was pretty full though, so we ended up sitting outside in the sunny but cold weather. I had Goulash soup; the Goulash index of Malbun was 6.90€.


Views from the sunny chairlift: 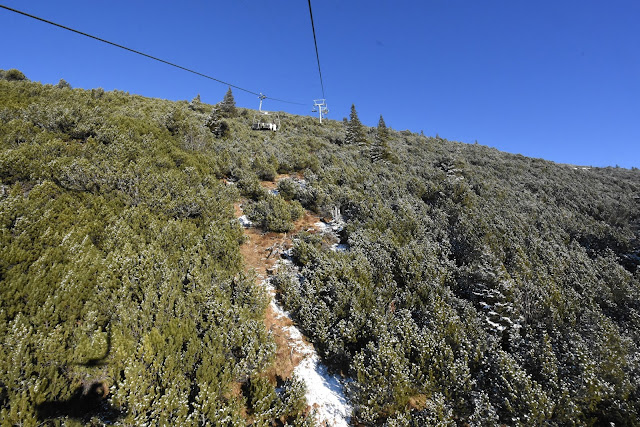 Boys in the lift. With a buble: 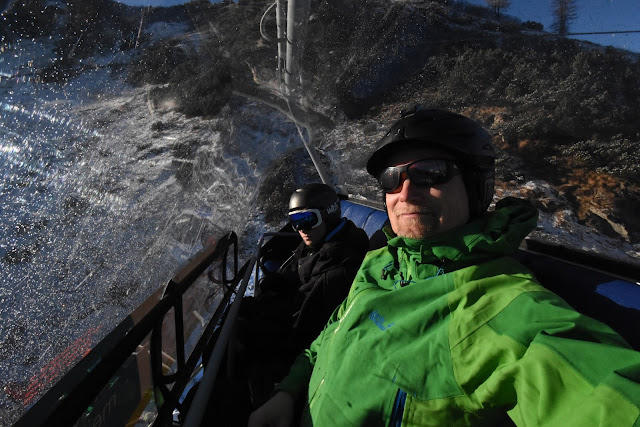 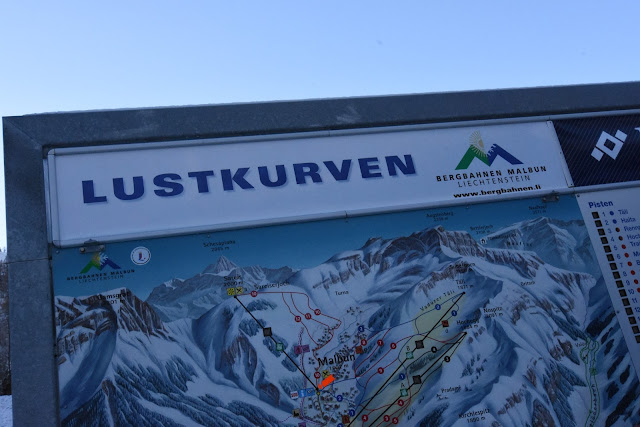 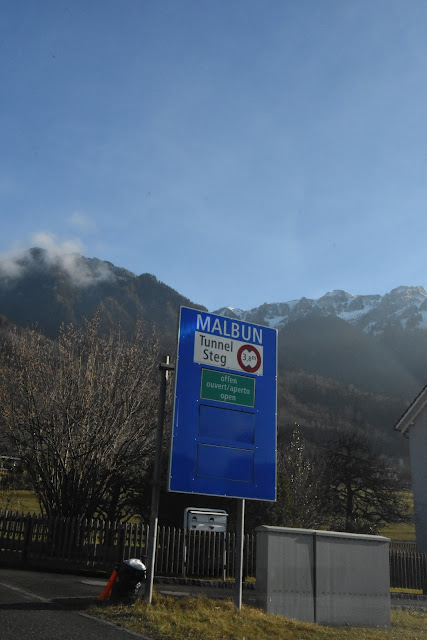 Views from the restaurant: 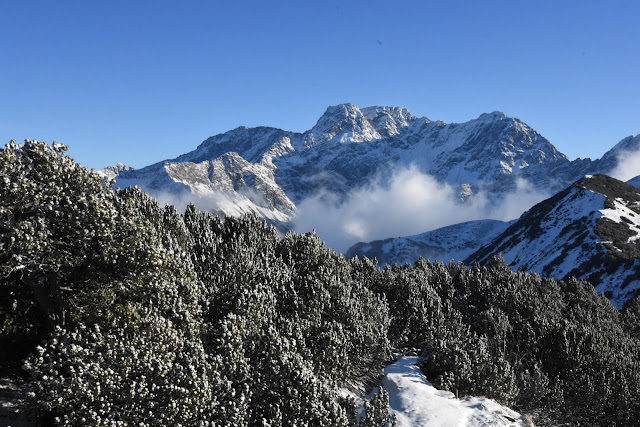 After the ski days, you always get the blues: 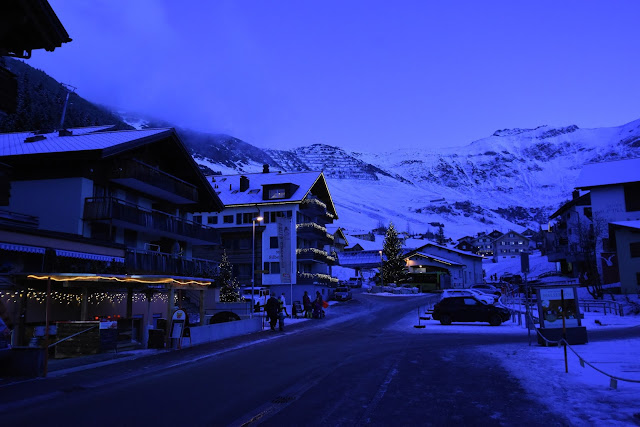 Rock in the area is very interesting: 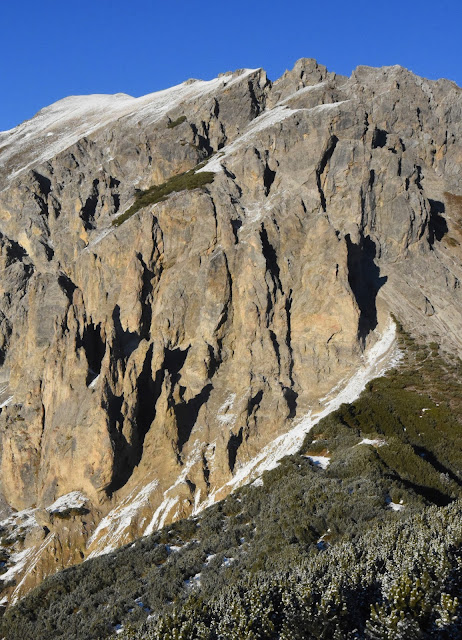 Our morning start when we left for the trip: 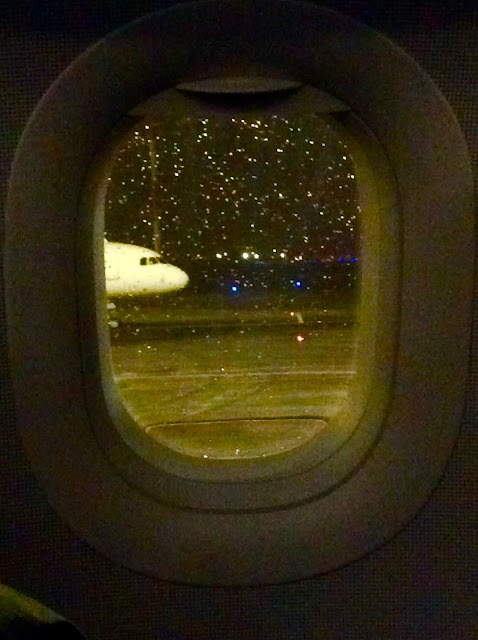 Malbun website is here (of what little there is), and their lustkurven story is here.