I was on a work trip in the wonderful city of Kista, Sweden. I stayed at the Scandic Victoria. Our days were packed, but even if I came back very late from dinners, I wanted to do a quick test of the sauna in this fancy high-rise hotel. On floor 22, they have a gym and a sauna. The sauna was a nice, glass-walled setup, and surprisingly hot. Perhaps equally surprisingly, I found my colleagues in the sauna who I didn't even know were also visiting Kista. But of course they were, as we were having big meetings this week. Nice to see them.

Interestingly, the sauna was not directly next to the walls of the building, but the shower and cooling down areas surrounded it. I would have thought a window directly from the sauna to the outside would have provided more interesting views. Also, the overall area was oddly arranged, as the gym area was between dressing rooms and the sauna.

So some room for improvement. But very good on the Swedish sauna scale, as many saunas in Sweden are overly mild. By the original, Finnish standards :-)

There's also a good bar on the highest floor, 34. 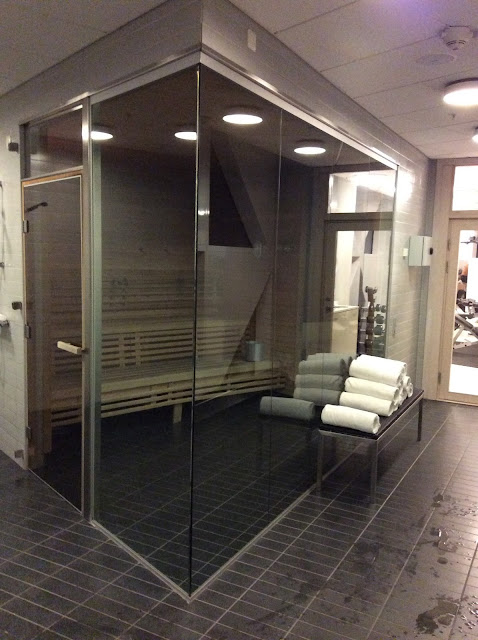 This is my view as I was landing to Arland on the Finnair flight from Helsinki: 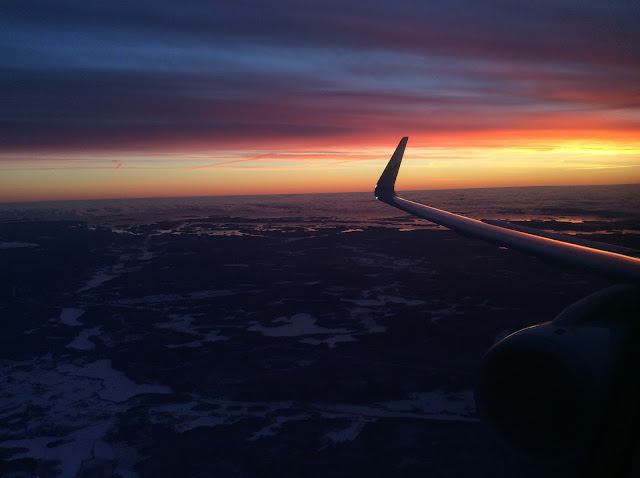