Apparently you *can* arrive at the airport 25min before intercontinental departure and still make it. Weather, taxi failure, clearing my own car from snow, stuck behind a fallen truck on the highway, not leaving enough time for these troubles, etc. Phew.

And all my luggage made it through. I didn't think any of it -- 2 bags and one ski bag would make it.

The flight was uneventful, when we finally got going. I was interested to see though what kind of detour the route to Seoul makes. Stay far clear from North Korea, or Chinese military exclusion zones?

In other news, I have now arrived in Seoul, South Korea, and find the place modern and very friendly.  The hotel lady bringing my luggage asked about the ski bag, and half an hour later she called me that she had found an open ski area. And apologised that only one slope is open. There is however time for more areas and slopes to open, as I'll be busy for the next week and a half, in meetings.

Having arrived, it was kind of funny to be in a place where I have little understanding of the local language or culture. I almost got money from an ATM at the ariport, until I noticed the sign "NOT ATM". And four of us jet lagged people tried desperately to get some good local food, but did not manage to use the ordering user interface (which was only in Korean), so we ended up eating at the "Burger Hunter Plus". Hmm... 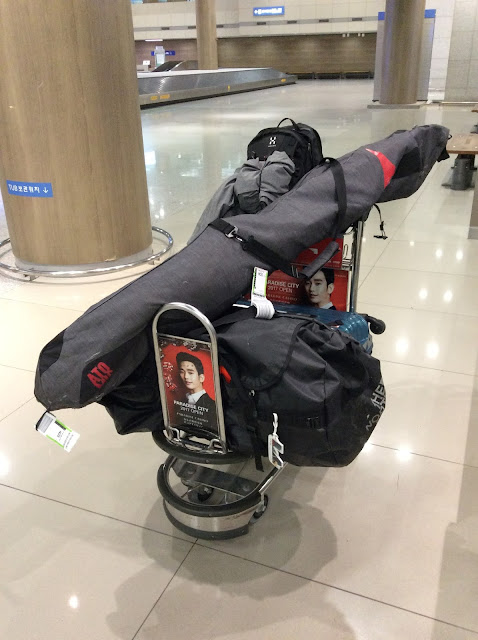 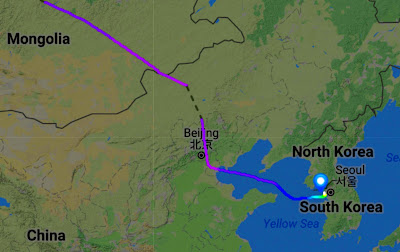 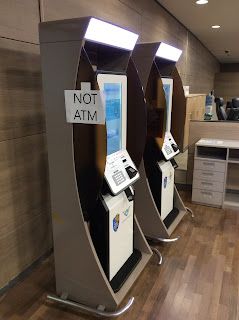 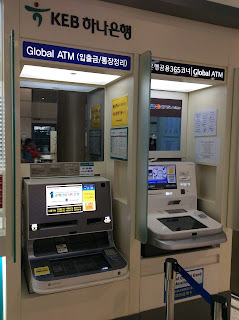 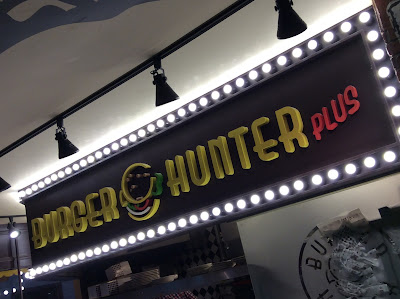 Posted by jariarkko at 1:22 PM