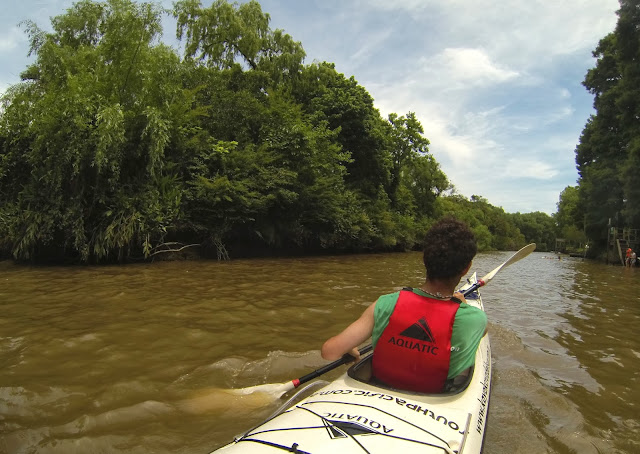 No plastic ski hill in Brazil for me today. My flight schedules had changed, just by a couple of hours but it foiled my plans to collect another country on my way home. Oh well, Buenos Aires is an interesting city. There is no skiing, however. And I have skied Argentina already anyway.

In thinking about what I could do instead, I realized that it is not so much skiing that I crave for on these trips. What I am more after is adventure. Not danger and adrenaline rush, but new experiences, new sights, and something to remember the trip from.

So I ended up biking to Tigre, a river delta area north of Buenos Aires, and trying out kayaking for the first time. Tigre is a great place, a cross between Venice and jungle. It is a touristy area, with many boat and other services. But it is also a large area with a lot of nature, buildings from modest cottages to palaces, and many beaches and parks. There is also water-skiing and water-boarding, but since I only had a part of the day for my adventure I did not have time to set that up.

And I did not fall over to the water! Although some of the waves from boats and ships were big enough to go over our kayak and wet me. The river delta area is generally well protected from weather, but on the biggest rivers there is a lot of traffic.

Biking in Buenos Aires city itself is tricky, as in most other large cities. But it becomes much more relaxed in the outskirts. We took our bikes on a commuter train (Mitre line), rode a few stops out of the city, and then biked to Tigre along the shores of the Rio de la Plata. There are plenty of small suburbs, shops, and coffee shops along the way. When you reach Tigre, the Fruit Port is an area with plenty of shopping, mainly crafts and souvenirs. 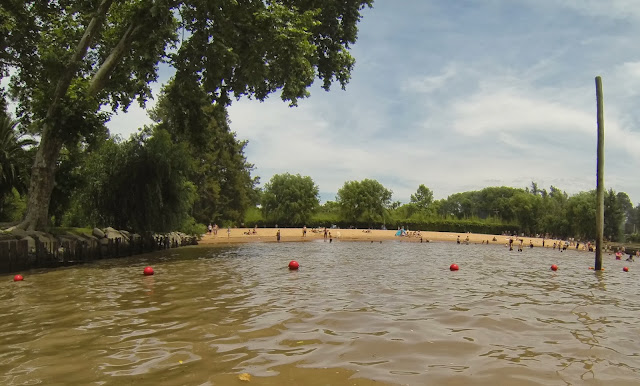 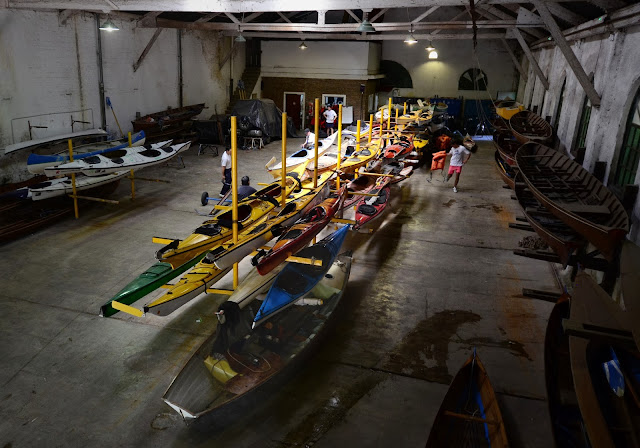 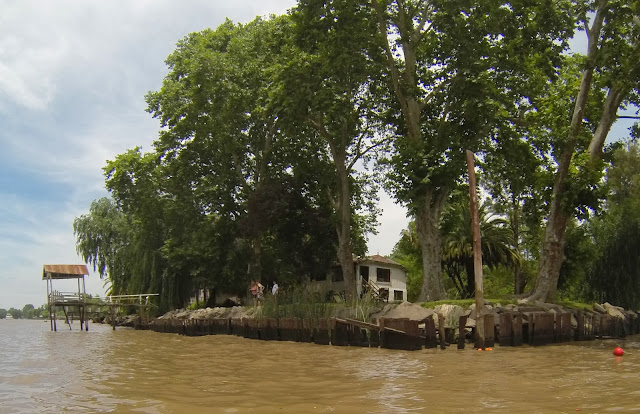 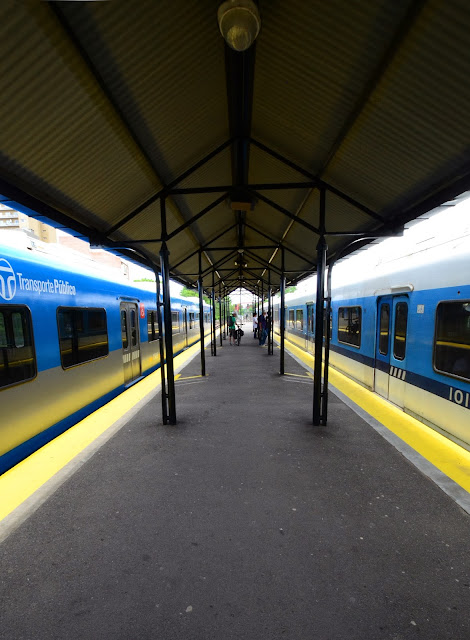 On my previous trip to Argentina, I had heard about Mate, a local caffeine-rich drink, but did not get an opportunity to try it out. On this trip I finally succeeded. Excellent social drink! 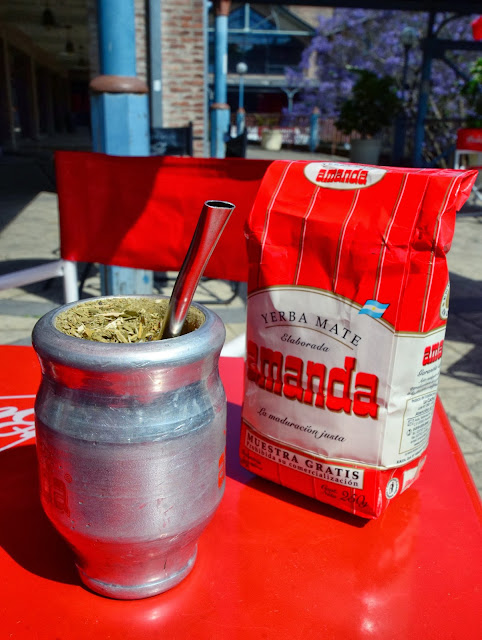 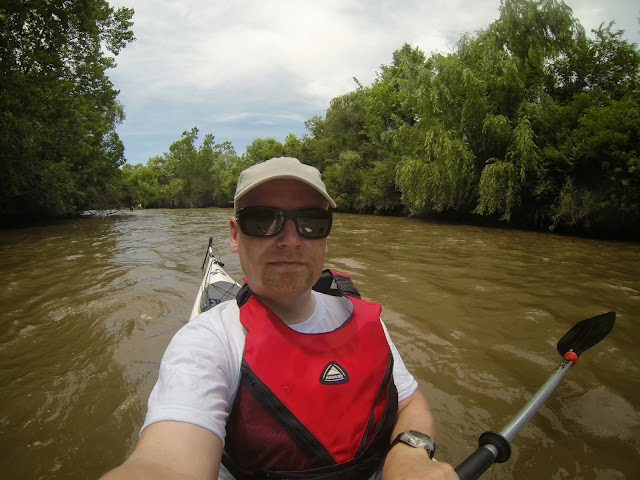 
For biking, there are city bikes and commercial services. I hired a bike and a guide (to teach me kayaking) from Urban Biking. Much recommended!

A funny thing happened on the way out. On the Lufthansa flight, the checkin agents wanted me to pay extra for my second suitcase. At the end of the day, it was classified as a ski bag and transported for free. Of course, inside I had my dear red mini skis, so of course it was a ski bag! Rules are rules, and Lufthansa clearly states that ski bags travel free all over the world. I did not get to use the skis, but they saved 240 dollars in this incident, so now I will always travel with them, planning to ski or not!

Buenos Aires visitors know that the town is full of steak restaurants. I only ate one steak meal, and even that did not want to stay down too long… others liked the food very much, though. Finding other type of food required some search, however. I really loved the Osaka restaurant: Japanese-Peruvian that serves Tapas among other things. And the place is in the Palermo part of Buenos Aires. How cool is that? Excellent food, and a super-international setup. 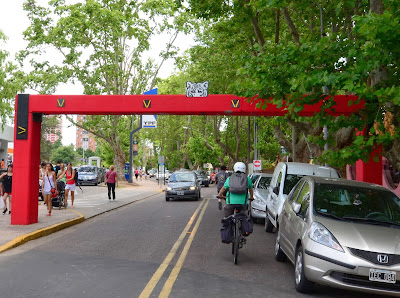 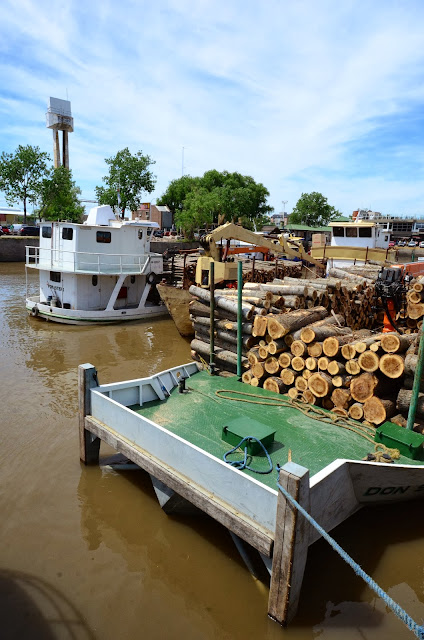