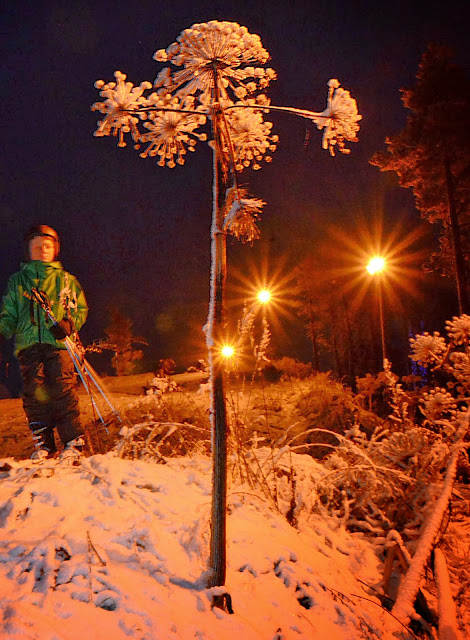 Dec 6th. Independence. Freedom. Important stuff. Well, freedom is still a bit difficult for us skiers, there not being enough snow yet for freeskiing in Southern Finland.

But there is enough snow so that Vihti Ski is already open! And Kauniainen has enough snow that grass slides better. The season has opened!

Vihti is properly open, the main run is in good shape. On the sides I was even able to find some untouched snow (albeit with somewhat rocky base). And it was fun skiing through the vegetation left from the summer. The early days of the season are good! And I had not seen 2-3 meter cow parsleys before! (Or were they wild angelicas? cow parsnips?) In any case, hitting these soft plants was far more fun than hitting small trees. You just need to make sure you identify the plants in time!

In Vihti we were puzzled by the ferris wheel sitting on top of the hill. WTF?

Oh, and one more thing about the freedom. Freedom is always associated with responsibility. In Kauniainen, I hiked up the frosty slope around midnight, carrying my small miniskis. But at the top I realised my foldable poles had been left out from my backpack. Doh! Careless and stupid. No matter on this small hill, but would have been a big problem on other mountain excursions. How stupid can you be? I'll be more careful in the future.

And I paid a price for the stupidity: the small skis are difficult to use on steep slopes, particularly without poles.

But the Finnish independence day also got me thinking about indepedence in general. We are of course proud of our independence. Usually one considers the national aspects, but I wanted to raise some other aspects that matter to us outdoors people. For instance, the freedom to roam or "everyman's right" as it is called in Finland. This is a law that makes it possible for anyone to move about the nature on anyone's land, as long as you are not coming too close to someone's home. This law is what makes it possible for us to spend time skiing or hiking in the nature, without worrying about trespassing someone's property. Such laws do not exist in all countries, however, and even where they exist they are occasionally challenged. I'd like to dedicate this article to defending the rights of the public for our free lives, be it about outdoors or other things. We should not need a permission, monitoring, or control. 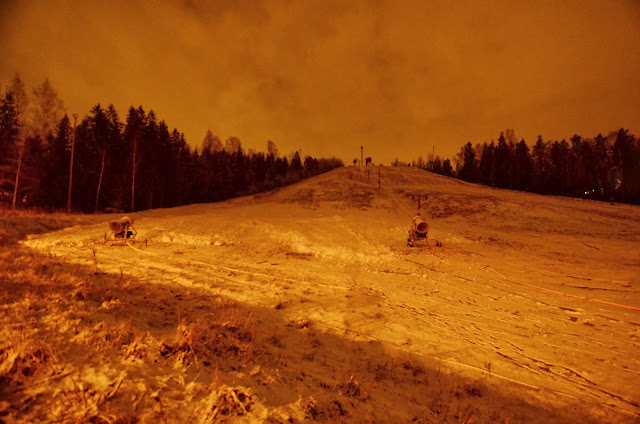 Professionals must have professional gear. Miniskis for the coming challenges: 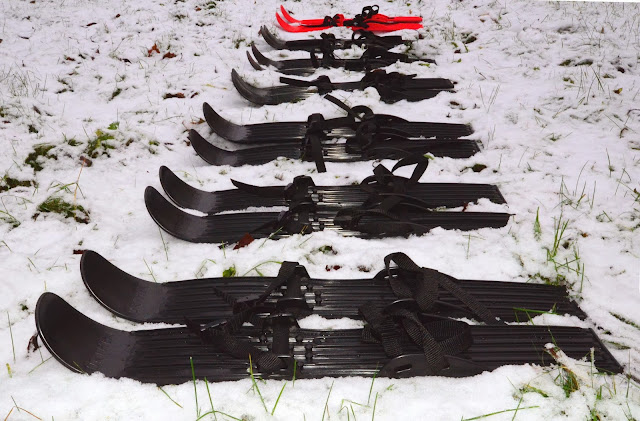 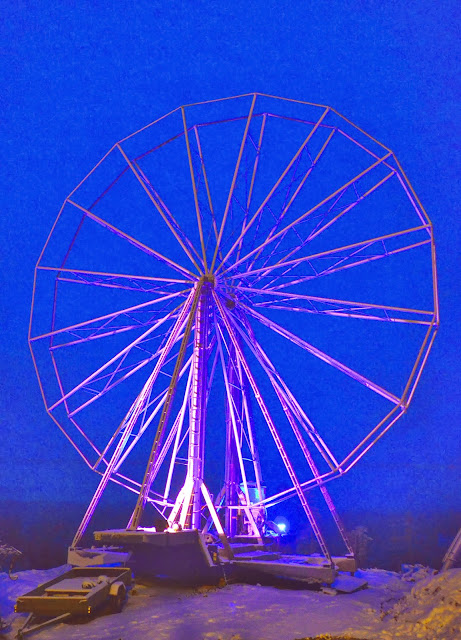 Unfocused picture from the unfocused skier: 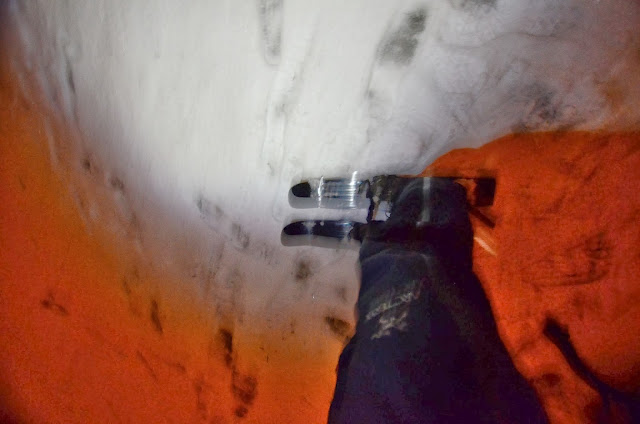 Photo and video credits © 2013 by Jari Arkko. Tämä blogikirjoitus on saatavilla myös suomeksi.
Posted by jariarkko at 4:40 AM