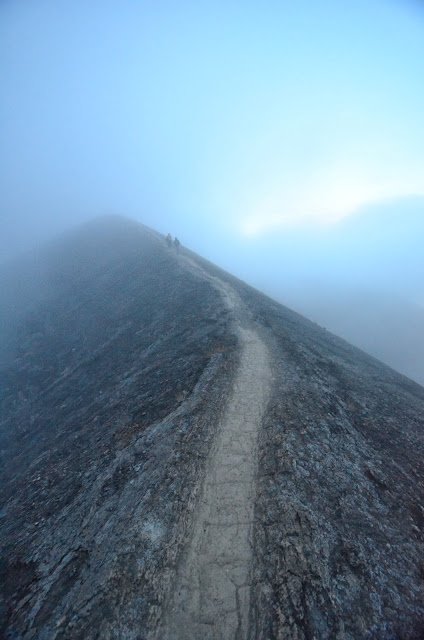 The summit ridge lights up, seemingly rising to the sky. The sunrise is about to start. I forget the cold night and the two vertical kilometers of climbing to get here. It is a magical moment to be at the top. I had not realised it would be possible to see the entire island of Bali in one view, as if I was in space.

And this is not all. When I started the hike, I had no idea about the conditions at the top, but it turns out that the highest part of the summit ridge is a steep path of loose ash and small rocks. I pull a pair of bright red Orthex miniskis from my backpack and ski down the highest 100 meters of the mountain. There is no record anyone else ever been equally crazy, so this must be the first descent from the 3000 meter Gunung Agung on skis. 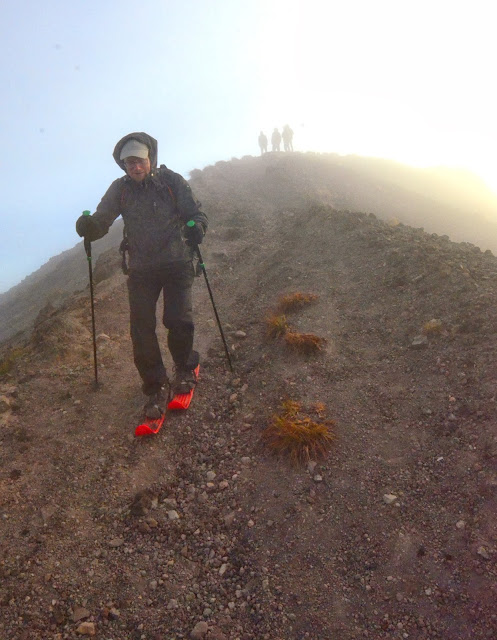 And I am grateful for the mountain to be kind to us today. The night had been clear, the morning clouds were pushed away by the sun, the crater beneath us was beautiful but silent. The volcano is active, however. The 1963 eruption was a disaster for Bali. On our way up, we keeping showing our respect to the holy mountain. Every few hundred meters there's a a silent moment. Flowers. Burning incense. A small gift. Funnily enough, Oreo cookies were a popular gift. Or even small amount of money as bills.

And the climb itself is interesting. The environment around the summit ridge is special. Walking here is very easy, as the ridge consists largely of solidified ash. The material looks like rock, but feels like rubber. Soft, with a good grip. Above 2500 meters we had to climb a few hundred meters by crawling over rocks.

But as we started the climb from the Pura Besakih temple around 1000 meters, most of the climb went through jungle. And what a climb that was! The way to the mountain is a hiking path rather than a climbing route, but a very steep one. For the two kilometers of vertical we did only 12 kilometers horizontally. Much of the jungle portion was so steep that walking was not really possible. We held on to tree roots and lianas to hold ourselves on the steep dirt paths. In fact, lianas had been setup for much of the route, as if they had been fixed ropes. I had not used lianas for climbing before, and I was surprised how strong yet soft and easy to grab they were. Much preferred over ropes... 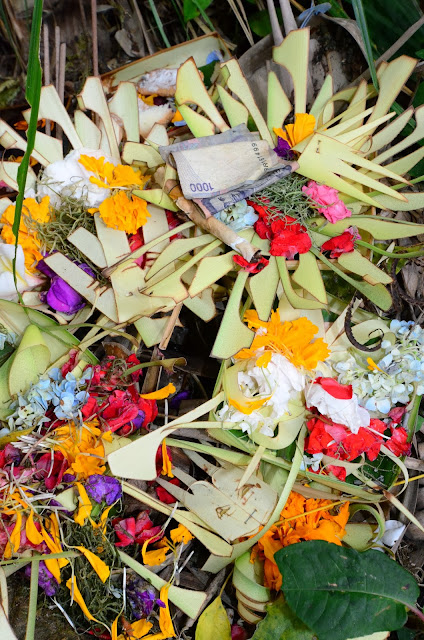 Around 2200 meters the jungled turned into an open, savannah-like area. Except that the savannah was at a steep incline.

The climb is long. I knew I would not have the energy to start climbing in the evening and climb through the night; so we left early and carried camping gear to set up base camp at 2600 meters. But I ended up not getting too many hours of sleep, staring at Bali's lights below in the clear night. And when I tried to sleep, the wind picked up momentarily to make me wonder if my tent would hold in place. Even as I was inside. The tent held on, but the wind noise kept me awake. 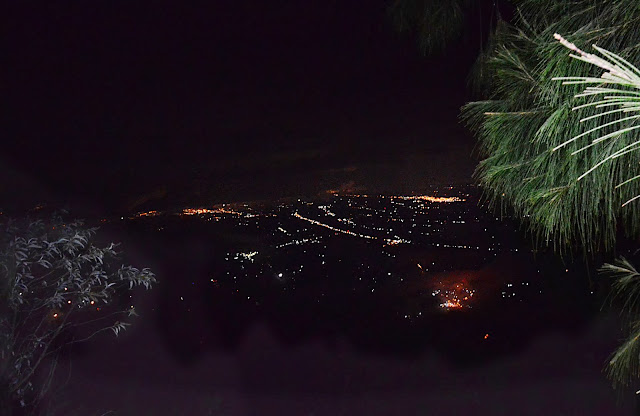 The wind subsided before we started a climb, but it succeeded blowing my guides' tent away when they came out of it in the morning. The tent was later found 500 meters down the mountain. No major damage, although some gear from inside the tent was lost. In fact, some of that gear fell to the fire at our campsite as the tent was flying over it. Perhaps we should have made further sacrifices to the wind and not just the mountain... 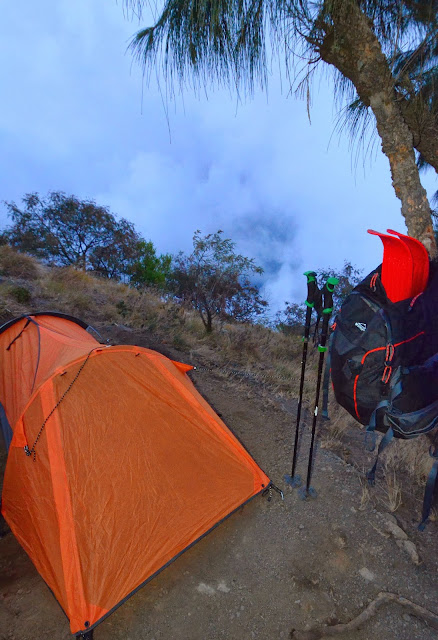 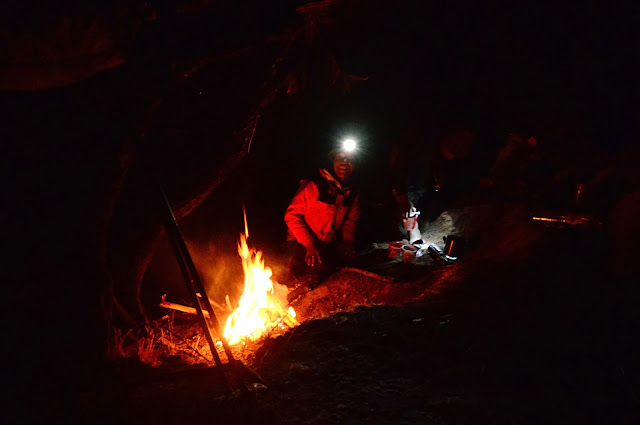 I used Bali Trekking & Tour as guides for the trip, and can warmly recommend them.

By the way, some of you may have noticed that I'm travelling even more than usual, for work. It is getting difficult to find free time. In Bali I lived next to the beach but did not have even the few minutes to go see the beach during my stay. This climb was the only 24 hours of free time I had in two weeks. 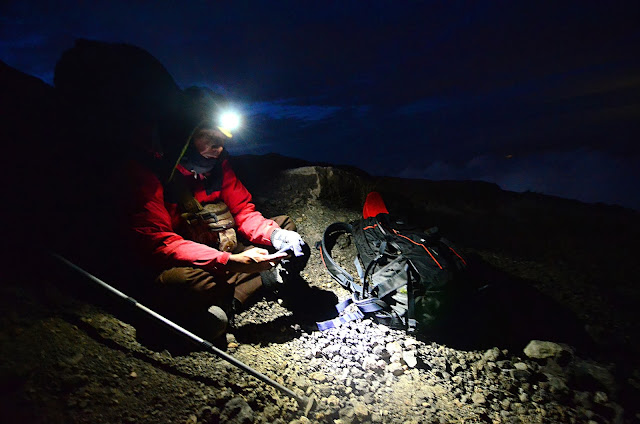 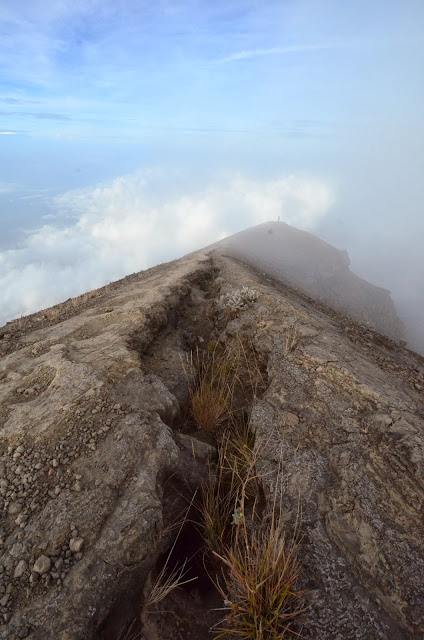 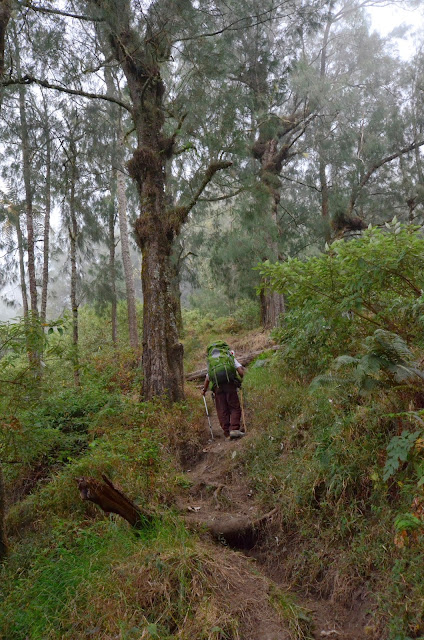 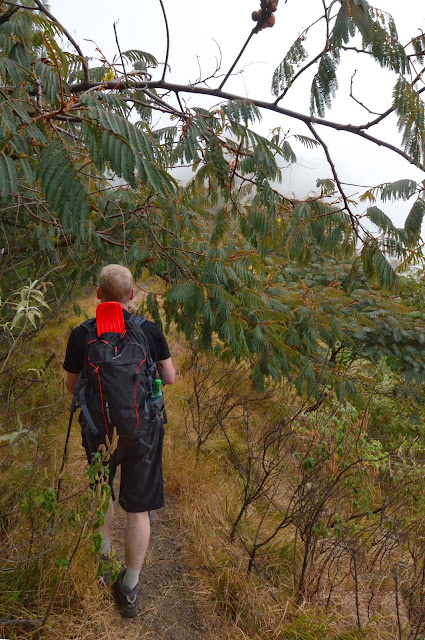 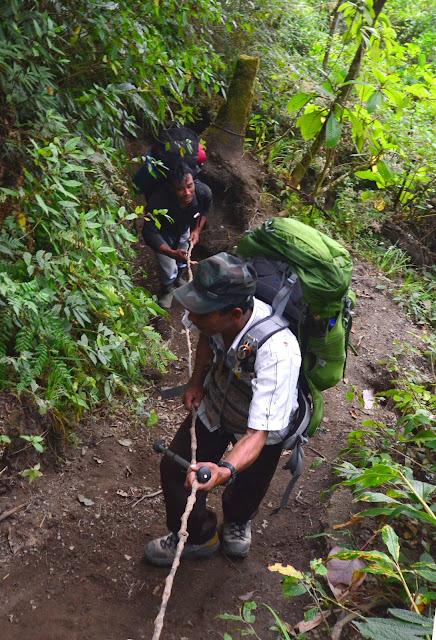 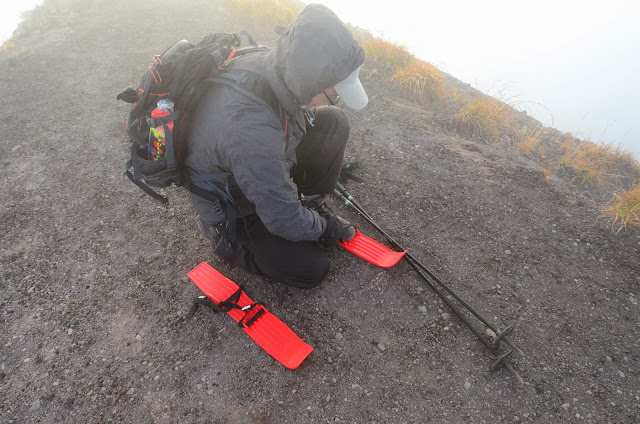 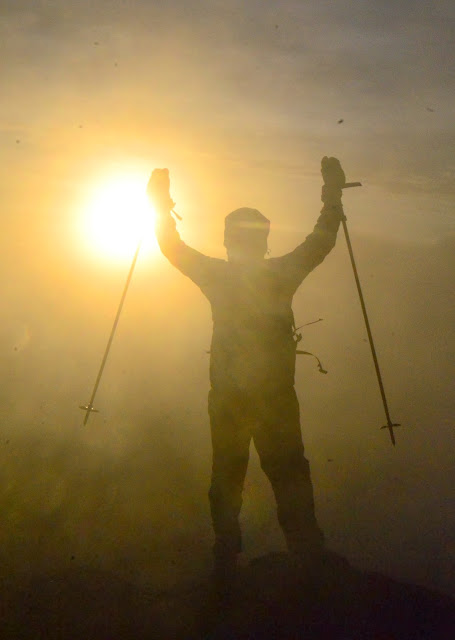 Posted by jariarkko at 2:41 PM