Apartment Carved out of Stone 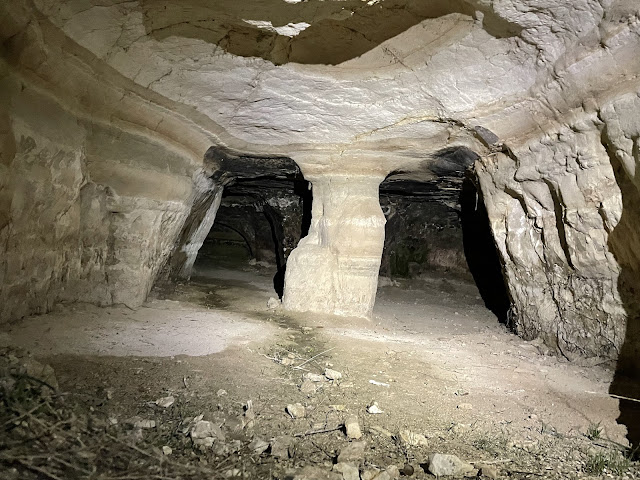 Coming back from the skiing on the Mount Olympus and Troodos Mountains in Cyprus, I was driving by an area that had reported some kind of underground passage. I stopped to find out what it was about. From the map it looked like it was near a road, but it turned out to be only near some kind of agricultural path, and a kilometer or two from the drivable public roads. Well, why not walk to the darkness on the first night in a country you've never been to...

What I found was basically just a small hole, like an apartment underground. I think this must have been carved out by human activity, although it may have started as a natural cave or parts of the hole could have been natural. Hard to tell.

But it was very unclear why someone would have done this. This place is in the middle of nowhere, far from even the farm houses. What purpose has it served? Secret, safe house? Storage for contra-band? Someone's fun project.

I'd like to know, but there's very little information about this in the Internet! 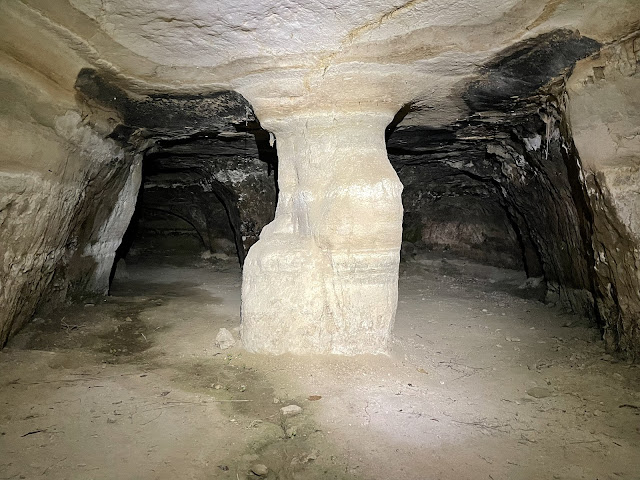 Cave side passage or oven/storage in a man-carved hole in the ground? 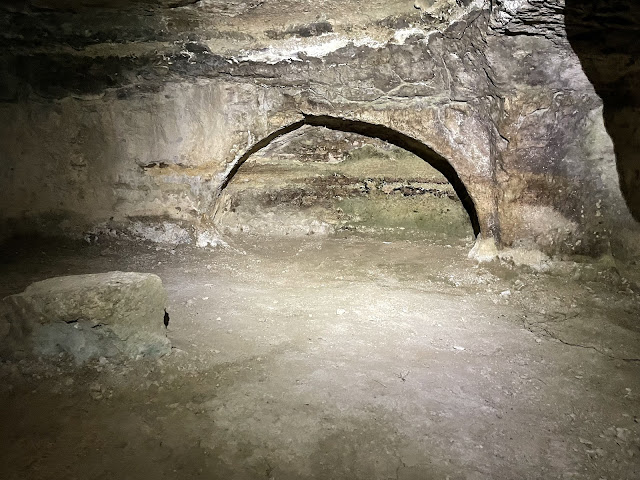 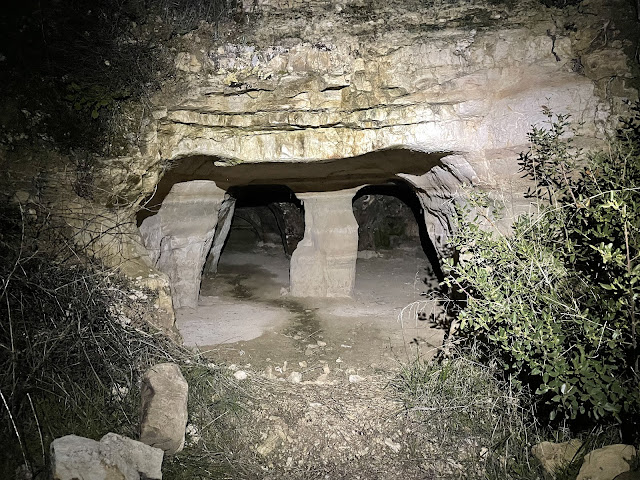 Read more urban exploration stories from theurbanexplorer.net, and other underground stories from planetcaver.net. Read the full Planetskier series at planetskier.net, or all blog articles from Blogspot or TGR. Photos, videos, and text (c) 2022 by Jari Arkko. All rights reserved.

Posted by jariarkko at 2:07 PM