Climbing to the Grafenloch cave 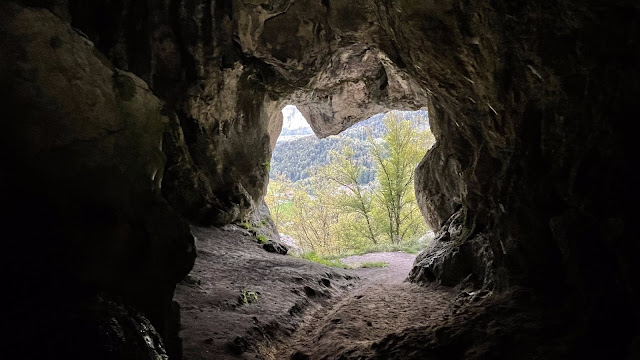 Grafenloch -- also called Luegsteinhöhle -- is a cave on a massive cliff face above the villages of Luegstein and Oberaudorf. A smallish cave, maybe 22-25 meters deep. But an interesting small hike of about 40 minutes to get to it. And an interesting last few meters to climb to the cave on the cliff face. Assisted with a rope and metal stairs, but still.

There's also a side cave, Rossstall, similar but slightly smaller. Both caves have a wonderful view onto the underlying valley and far away mountains.

The caves have an interesting history, and human presence in them dating back to 7th century BC. Counts of Falkenstein set up a castle, the Luegstein castle, in the cave in the 11th to 13th century AD, but moved back to the more comfortable dwellings in the valley sometime mid 13th century. A rare occurrence of a cave castle in Bavaria. Today, only parts of the front wall remain from the castle. It was presumed that the castle was a mostly wooden, two storey building inside the cave.

Legends talk about Auer Graf who was hiding in the cave in the fear of lightning strike predicted to be a God's punishment for him for his murders, and that in the end he died when trying to climb to the castle on stairs in a thunderstorm. According to the legends, the Rossstall cave was stables for the castle inhabitants. Although the Rossstall is easier to get to than Grafenloch, it doesn't feel like a suitable space for horses.

Anyway, today both caves are wonderful examples of cliff-face caves, and easily reachable. Although the Grafenloch is not reachable unless you are willing to walk on a narrow ledge and up steep ladder stairs, while already some way up the cliff face. 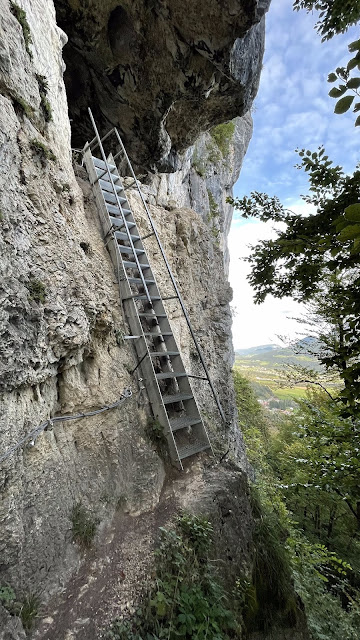 While up there at these caves, I also recorded 3D models of them, using my iPhone 12 Pro's lidar camera and the Polycam app. Here's a screenshot of the model: 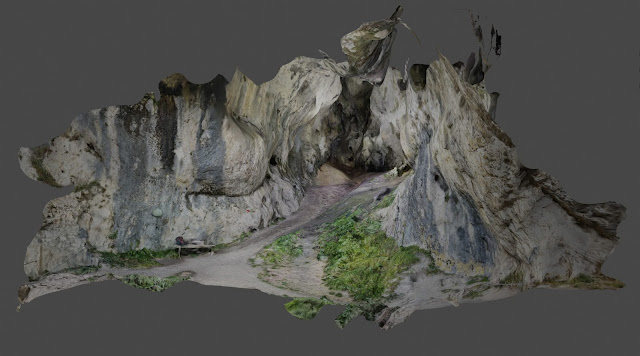 To view the 3D models on your browser screen, click here for Grafenloch and here for Rossstall. The models themselves are downloadable here and here. Both are in GLB/GLTF format.

(Unfortunately, I forgot my selfie stick in the car, which meant that I couldn't have the phone reach too far into the roof parts of the cave. Well, the roof was very high, at some points maybe even 20+ meters high so even the 3-meter selfie stick would have not helped much. The iPhone's lidar sensor has a reach of about 5 meters.) 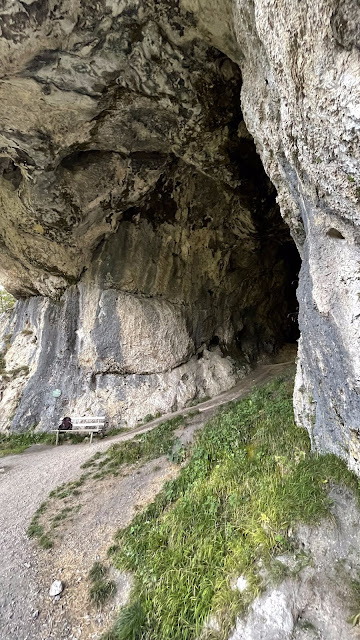 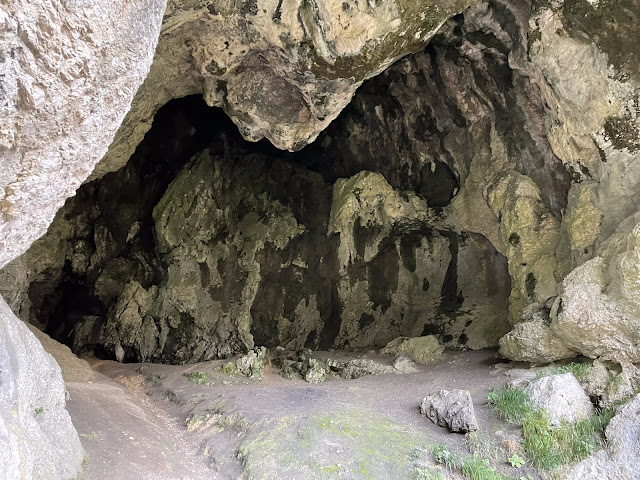 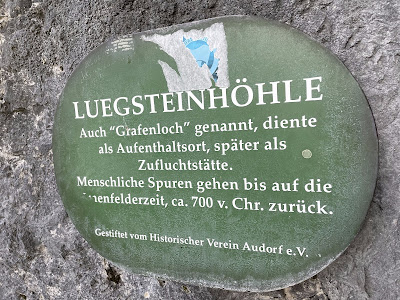 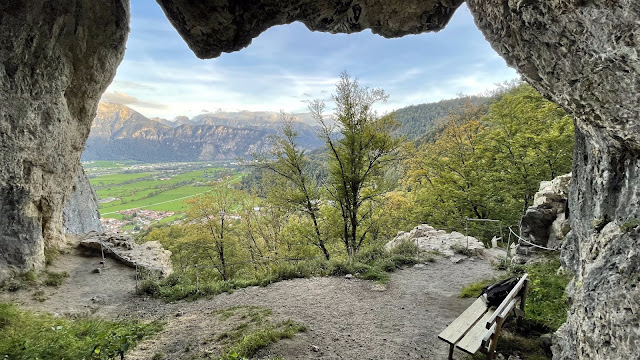 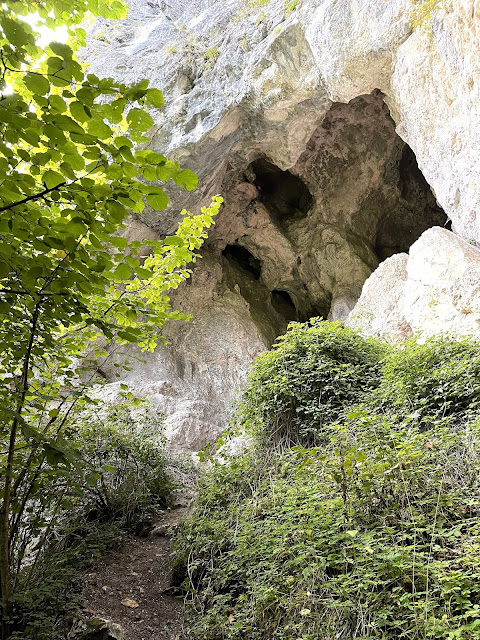 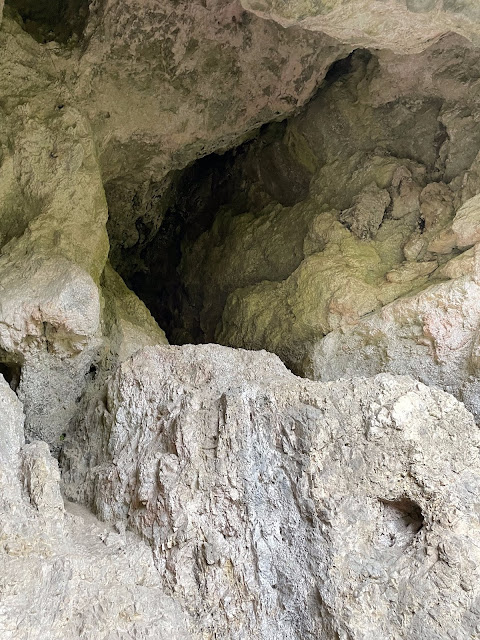 Path to the cave: 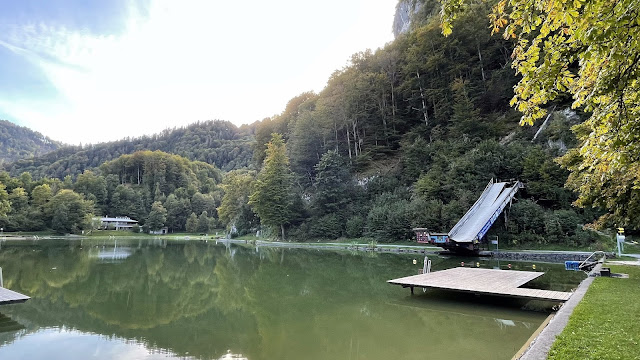 This article has also been published at TGR. Read more urban exploration stories from theurbanexplorer.net, and other underground stories from planetcaver.net. Read the full Planetskier series at planetskier.net, or all blog articles from Blogspot or TGR. Photos, videos, and text (c) 2021 by Jari Arkko and Jarmo Ruuth. All rights reserved.

Posted by jariarkko at 6:42 AM